Ever asked yourself where the treasure boxes in games come from? 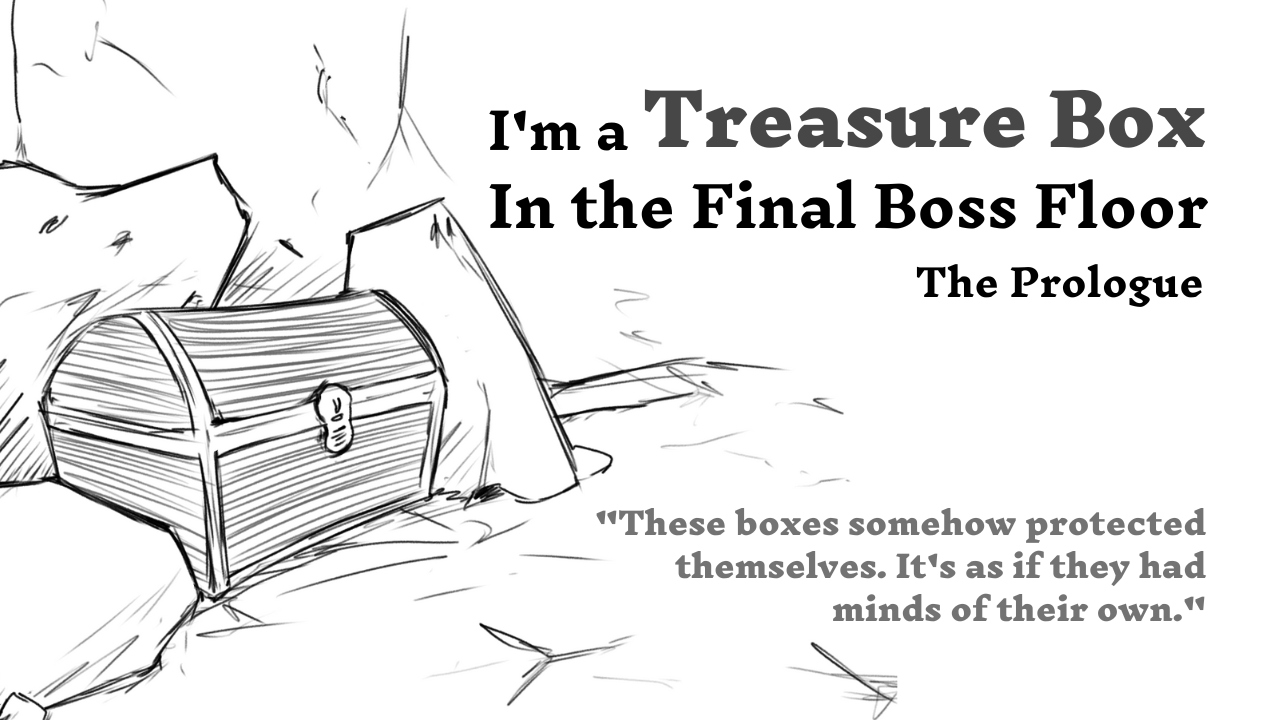 I'm a Treasure Box in the Final Boss Floor

It lies in wait, at the deepest end of the dungeon. It killed thousands of heroes who tried to conquer the place and take its treasures. Unbeatable. It killed monsters and heroes alike, driving the dungeon and humanity to submission.

Our story is not about that monster.

Adventurers driven by the promise of romance, raided Terminia many times. The smartest of them warded off the deepest part. The most reckless of them, advanced further and further for the dungeon treasures.

Countless bounties were scattered around Terminia. Gold. Provisions. Weapons. Things that fallen heroes left behind. Things that monsters plundered from villages over centuries. The dungeon promises remnants of ancient technology long forgotten, from a time before its master took over its throne.

Out of all the bounties, however, the most unique were the Treasure Boxes. Containers of Terminia’s most valuable bounties.

Interestingly, monsters would fight over the bounties. They would damage the loot of fallen heroes without care, but they never, ever, approach the Treasure boxes.

These containers were there before the dungeon master arrived, yet they have no scratches or signs of decay. Heroes who stumble upon them, only take what’s inside. Despite their old history and durability, no one thought of the boxes as valuable items to take away. There was never a hero who took a Treasure Box outside.

These boxes somehow protected themselves. It was as if they had minds of their own.

They stood proud. Open or closed. For the longest time. Waiting…

Our story is about such a box. The Treasure Box lies in wait, near the deepest end of the dungeon. Anticipating the day a hero comes and its contents are finally revealed.

This story is a fun idea I had while playing a video game. It started with the question at the start of this post and evolved from there. This Prologue includes the world background and a teaser for the main story. Tell me what you think the main story will be about and see you in Part 1.