Is your dog vaccinated? If not, why?

I know that the talk about vaccines is a hot-button topic at the moment but I'm not talking about Covid, I'm talking about the various diseases that dogs can end up with that are easily prevented with a yearly shot. One of the major things is the rabies vaccination that, even though this disease has been largely eradicated around the world, it is still possible that your dog could get it and if it does, there's no turning back from that. Fido will have to be put down if that occurs. While the really bad diseases like rabies and distemper are extremely rare the fact of the matter is that the insects that transmit this disease are everywhere and simply taking your dog for a walk in the park could result in a transfer. There is this extremely wrong idea that your dog has to be bit by another rabid dog in order to catch rabies and this is just dead wrong. Although this is the primary way that it spreads, there are many other ways that it can spread and it isn't dog or cat specific. All animals, including humans, are capable of contracting rabies.

Most doggo diseases are spread by a number of ways outside of bites. This isn't the zombie apocalypse we are talking about here, it is a bloodborne disease that more often than not is spread by ticks, fleas, and mosquitos as well as contact with the waste of other animals.

Parvovirus is spread by dogs getting too close to another dog's poo poo and I don't know if you have watched your dog on a walk, but they tend to get really up close and personal when it comes to dookie. Adenovirus is also spread the same way but also includes urine contact... once again, dogs tend to be very interested when encountering another dog's urine and this tiny bit of doggy-like behavior can have very serious ramifications on your dog's health including death. For me, I am always quite impressed at a dog's ability to take a shot and not even notice it. They don't wince in pain the way that we do and for the most part don't even to seem to notice that you've done it.

The rise of people being anti-vaccine for humans has lead some people to be anti-vax for animals as well and as someone who works in this industry and sees what these diseases do to an animal, I can assure you from first-hand experience, you do not want your animal to go through this. In many instances the damage is so widespread by the time a disease is detected that it is too late to do anything about it and I'm sure that would be heartbreaking to almost any pet owner if they were suddenly forced to choose between expensive and potentially failed surgeries and medication, or just getting their dog euthanized.

Don't let that be you!

The main reason why I am pro vax in dogs is because there are almost zero cases of negative side-effects from the vaccines and also because the annual shots cost almost nothing. We get a bit of a discount because we do so many of them and the local hospital works with our charitable efforts but even if you were paying retail the full round of shots costs around $15 - $30 per year depending on how large the animal in question is.

If you aren't vaccinating your dog because you don't think it is necessary I sincerely wish you luck that nothing bad does happen because a little bit of prevention now can save you a lot of trouble and sadness later. Oh, and your dog wont be allowed to travel anywhere without these vaccines so you might want to have a look at them.

If you would like to see how you can help out or simply spread the word, please visit our website at 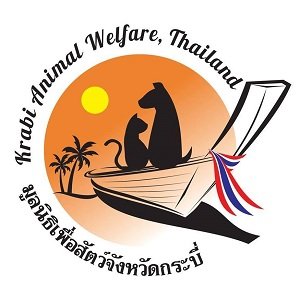 Krabi Animal Welfare is a charity run entirely by volunteers and are a registered non-profit organization in Thailand and the U.K.. We aim to relieve the pain and suffering of dogs and cats within Krabi Province.