To make a diet you have to take into account some aspects, firstly that any diet can lead to deficits and the stricter it is, the more restrictive the diet I am doing, the more chances it has of leading me to have deficits, then understanding that Deficits exist in any diet, such as the ketogenic diet, I am consuming low amounts of vegetables, I am going to generate a deficit of magnesium and potassium and also of vitamin C, obviously for the same reason there are deficits associated with different diets and deficits more important are going to be the following.


Creatine:
In the first place we have creatine, creatine exists in large doses in foods of animal origin and increases the energy formation of muscle and in the brain, making us recover more quickly from a training and improve our cognitive performance, especially in the third age, where we are clearly seeing that there are many benefits to creatine supplementation.


Vitamin B12:
On the other hand we have vitamin B12, vitamin B12 is a key vitamin in our brain function because it helps to form myelin, imagine myelin as the envelope of your nerves, the envelope that works as an insulator for which electrical impulses go faster, which protects your neurons, and the problem that B12 has particularly is that when you have values ​​within the reference ranges, that is, within the normal but relatively low within that range, your risk of dementia in the future increases. Omega 3 (DHA - EPA)
Another of the nutrients in which it is common to make a deficit in some types of diets are the mega-3 types of DHA and EPA, and although it is a little known fact, not all omega 3s are essential nutrients for our body, only these Two types are and in general they come from the sea or from animal entrails, so at least if you are not going to consume any animal product, consume seaweed or consume omega 3 type of DHA and EPA.


The vast majority of the population is deficient in omega 3, that is, we usually resort to supplementation to compensate for these low values ​​and always remember low omega 3 values ​​make it more prone to generating chronic diseases and inflammation.

Carnosine:
And on the other hand, we have Carnosine, Carnosine, even though it has a funny and bizarre name, obviously comes from the animal world, I don't need to tell you where it comes from, but it is found mainly in muscle and in the brain, and it fulfills a very important function with respect to reactive oxygen species, reactive oxygen species are like substances similar to free radicals but that always generate greater damage than a free radical. 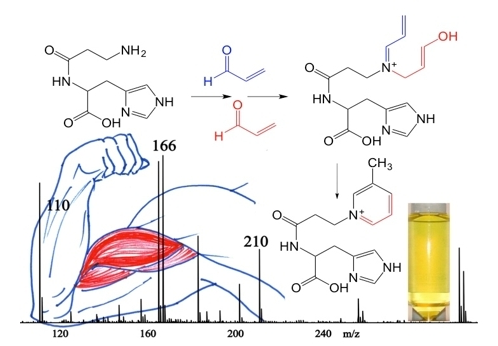 So what carnosine does is sequester these substances, takes it out of circulation, this basically reduces your oxidative stress and your aging as well and apparently from studies that show that it slows down the shortening of telomeres, which is what determines your genetic age. ; For all these factors, carnosine is considered geroprotective, which is a substance that basically improves your quality of life and lengthens your life expectancy, especially in adults.


Vitamin D:
Other the most frequent deficits when we go on a diet is vitamin D, which in my view is more serious than the deficit that you can make of vitamin B12, because the sources of vitamin D are for humans, fish, mushrooms and the sun, but always remember that the sun is a step in production, you have to have the raw material to produce vitamin D and you also have to be able to activate it in the liver and later in the kidney.


I will look for another post to see how to compensate for these nutritional deficits so that you can do the diet you want and have no problem.