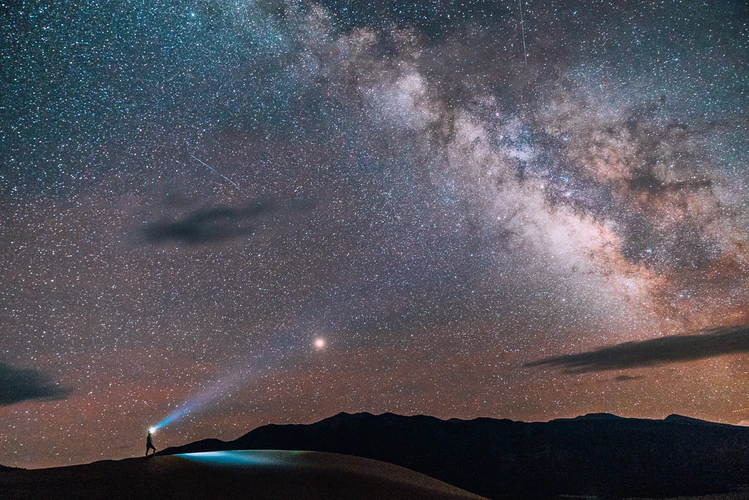 Physicist Mehmet Aybek hosted journalist Yeşim Toksöz on the balcony of the attic he used as an office. Yeşim was known for her vocal interviews with successful people.

"Mehmet Bey, I know that your relationship with the press is not very pleasant. Thank you for accepting this interview.”

"The intensity of my work prevents me from allocating more time to members of the media.”

“You are one of the important figures who successfully introduced Turkey abroad, and the Turkish people have the right to know you better.”

"You're right; that's why we're together."

"Can you briefly introduce yourself to us? Who Is Mehmet Aybek?”

"Isn't creation for God? When the project was announced, it was met with a reaction by representatives of the heavenly religions.”

"God is outside and above all this.”

“Do you think God exists?”

"I don't have a scientific answer on this.”

“In Turkey, where interest in science is limited, this issue was not discussed much, but rather on the agenda in developed countries.”

“Inside black holes, the known rules of physics are becoming obsolete. I've shown that with my theoretical work, we can create Baby Universes that work within black holes with different rules. I applied to the International Space Agency with a detailed project plan and told them that I wanted to put this work into practice. Months after my application, the New Horizons project was announced, and they appointed me as the project's director.”

“I didn't understand the technical part of the issue. Can you explain a little?”

"Our universe operates in accordance with various fixed numbers, the most famous of which is the Planck constant. We've discovered ways to tweak some constants using high energy. Now we're trying situations where these constants are at various levels, trying to create stable new universes.”

“Don't you afraid to lead to a new Big Bang?”

"Our calculations show that new universes will develop outside the dimensions we know. The energy we use is only enough to create microscopic universes.”

Because coffee was served on the balcony with a quadcopter in the form of a tray, Mehmet Aybek had to stop for a while. Duygu took advantage of this pause and sat on her father's lap. “I can only come to Turkey for one month. We miss each other very much. She even comes with me to the office,” Mehmet Aybek said after kissing his daughter on the cheek and sending her inside.

"Didn't you think to take your family to Osaka?”

"I spend most of the year in the giant hadron collider, which is in high orbit around the earth.”

"Recently, in the international community, The New Horizons project has been criticized due to the high cost incurred and the fact that the expected Baby Universes are not born.”

"Scientific development is chaotic; I did not guarantee anyone when I started this work.”

"Comments are made that the valuable resources of the peoples of the world are wasted, and the money spent on New Horizons can feed the hungry in Africa.”

“We owe scientific and technological developments not to starve on continents other than Africa. Colleagues working at the large collider announced a new formation in the plasma a few hours ago. Don't write that down, please.”

"If I understand correctly, you are telling me that a new universe may have been born, but as a member of the media, I should not report it.”

“We don't know yet what happened.”

"Yeşim Toksoz, the first journalist to know that a new universe was born, could not report on it! It is a tragedy.”

“I knew I could count on you.”

At the base south of Osaka, Mehmet Aybek's mind was preoccupied with the unusual data obtained from the giant collider's detectors. The analysis showed a large number of new particles whose behavior was not defined, which did not coincide with the data patterns of known quarks. Moreover, the measurement values indicated that the new universe core was evolving towards a state of higher entropy. As he inhaled the smell of burnt plastic and rocket fuel, which he vaguely heard inside the shuttle, he was trying to figure out what the inside of the baby universe looked like. Because he often commuted to high orbit, he liked or even missed these smells that came to his nose when he boarded the shuttle. While performing mathematical calculations that seemed unlikely to end accompanied by the buzzing of the space shuttle's main computer, the rockets exploded with a large rumble, and the launch took place. He has put so much mental effort into interpreting the baby universe's data left on the detectors that the fatigue of the Istanbul-Osaka flight has surfaced. When he arrived at the station, he closed his eyes, thinking that he should be vigorous, and soon fell asleep.

Rakesh Sharma, the project's chief engineer, and Liu Wang, the applied physicist, looked at the huge screen in front of them with great curiosity. Mehmet Aybek glided towards them and decayed, tied himself to the seat between them, and asked, “How are we doing? Did we understand what happened?"

” It was like a dream, " said Rakesh Sharma, with sweat piling up between the wrinkles of his forehead. "It was born, developed slowly, entered the resonant circuit, and suddenly collapsed on itself. Fortunately, the detectors recorded all the behavior of the baby universe moment by moment.”

“Is there no trace left?"Mehmet Aybek asked.