JWST is said to be the most powerful space telescope ever built. It is for sure the most expensive one, with a cost of around $10 billion. This joint venture of NASA, the European Space Agency, that provided the Arian 5 launcher, and the Canadian Space Agency that contributed with scientific instrumentation.

This Monday, the 24th of January of 2022 we heard the news that it has arrived to its destination 1.5 million km from Earth, in the so called Sun Earth L2 point after 30 days of travel. But, what does that mean? 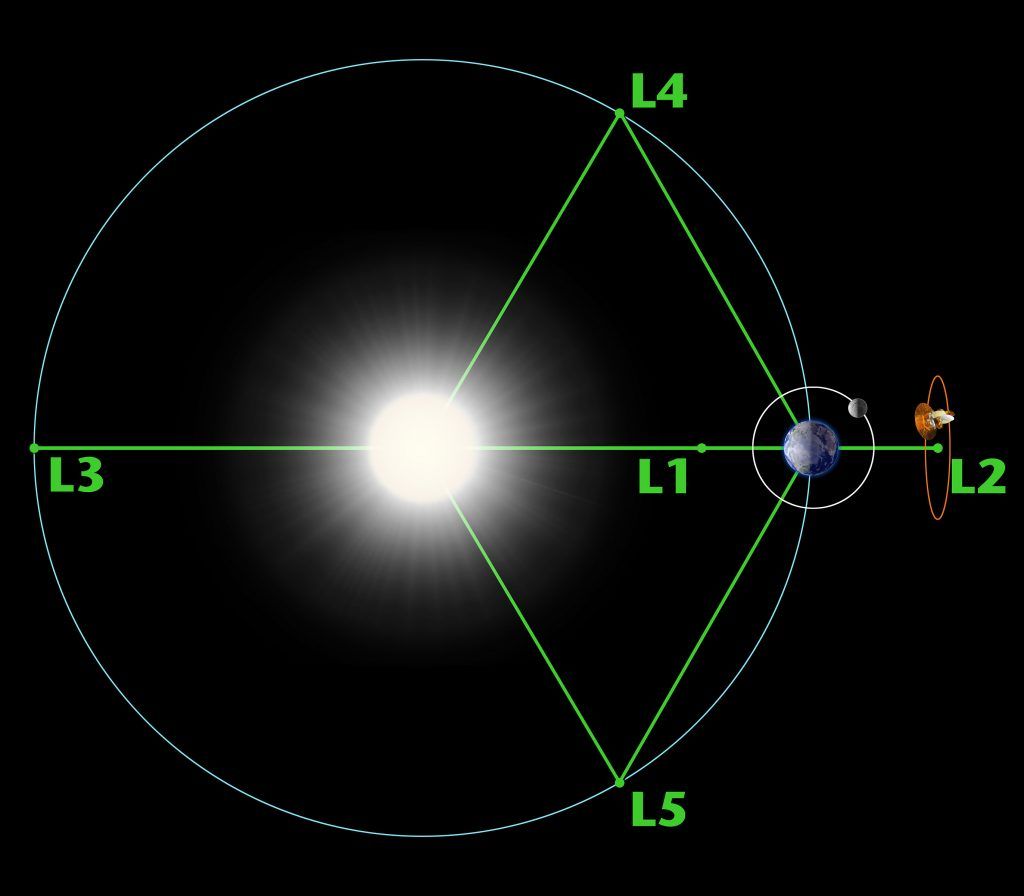 Calculating the gravitational effects and the movement of three different bodies subject to each other gravitation is not that easy, this is the well known Physics three-body problem. However, if we have the case of 2 big bodies and one smaller which mass can be ignored in comparison to the other ones, it is way more easy to calculate a solution for the problem. And having the Sun and the Earth, the 6000 kg of the James Webb Space Telescope are negligible.

In this case, the solution has a set of 5 points of equilibrium that you can see in the figure, called Lagrange Points: L1, L2, L3, L4 and L5. Typical notation is to start with the name of the bigger object, followed by the second massive object and the designation of the point, so in this case Sun Earth L2.

Thus, the final orbital insertion burn of the rocket engines of the telescope, that by the way added only about 5.6 km per hr (1.6 m/s) has inserted the spacecraft into a halo orbit that moves around the L2 point but it is not fixed to the point. 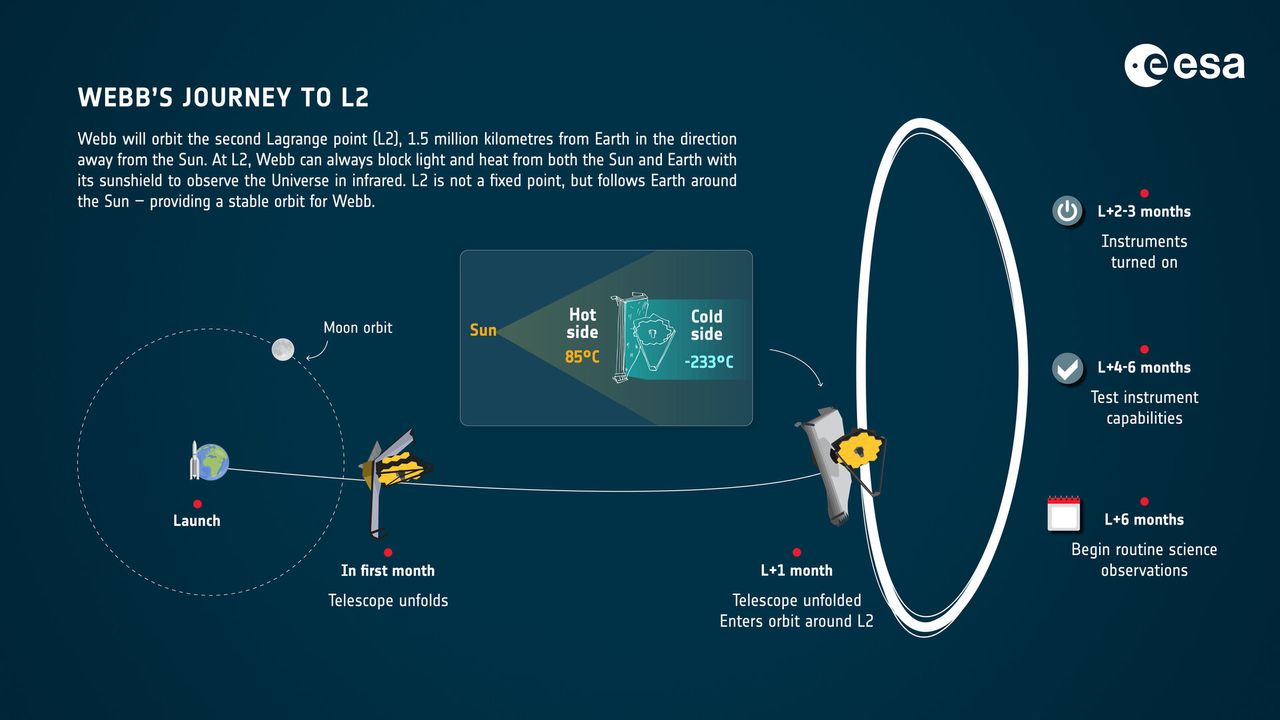 The operation of the telescope will be quite rigid in this orbit, since there can only be thrusters on the "hot side" of the satellite, so corrections can only be done to push the spacecraft away from the Sun-Earth. This is especially critical to avoid contamination on the instrumentation and allowing the Sun shield to block the temperature and the light, leading with a difference of temperature from 85 degrees Celsius in the hot side to -233 degrees Celsius in the warm side.

And this is quite critical since this observatory is specially targeted to observe the infrared universe. Why is that important? One reason, because infrared light penetrates the clouds of dust and gas where stars and planets are born. But more important, because the ultraviolet and visible light emitted in the origins of the universe would have stretched itself by the expansion of the universe reaching us now in infrared. 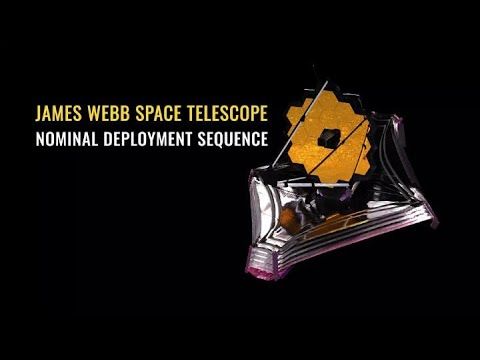 If you have not done it yet, I recommend you to check the process to deploy the telescope that happened during the first days after launch. It is an amazing exercise of engineering where so many details had to be thought to allow to fold and unfold the spacecraft to a size that can fit inside the launcher fairing, and that had several single points of failure.

Now, after a successful deployment and injection, we will have to wait several months until instruments are up and running, tested and we start seeing new amazing images that may change completely the image we have of the universe, as it happened with Hubble in its time (*).

I could not stop following the launch and deployment of JWST on a daily basis. Were you as hyped as me?

(*) If you are interested in the differences between JWST and Hubble, @jorgebgt wrote this interesting article.