Hello growing enthusiasts! Today is gonna be a sad but triumphant post. Let me start out by saying before I even go into my room I shower and cover most of my skin with pants and a long sleeve shirt and spray my gloves with isopropyl alcohol. No matter how sterile you try to be, sometimes something can and almost will happen when growing mushrooms. After my first tub was just about fully picked for the first flush I noticed a small green spot in the corner of the tub and realized it may be trichoderma. So I immediately took the tub out of the room and brought it outside where I further inspected it. Sure enough it was the colony killing trichoderma. I was in such a panic that I forgot to take a picture of it to show. I was very heartbroken. How could this happen? What did I do wrong? After pondering on it all night I decided to keep a good eye on the other three tubs. Good news is the other three tubs were never infected and are still doing good. Tub two and three have just gotten done with their second flush and tub four is at the end of its first flush. 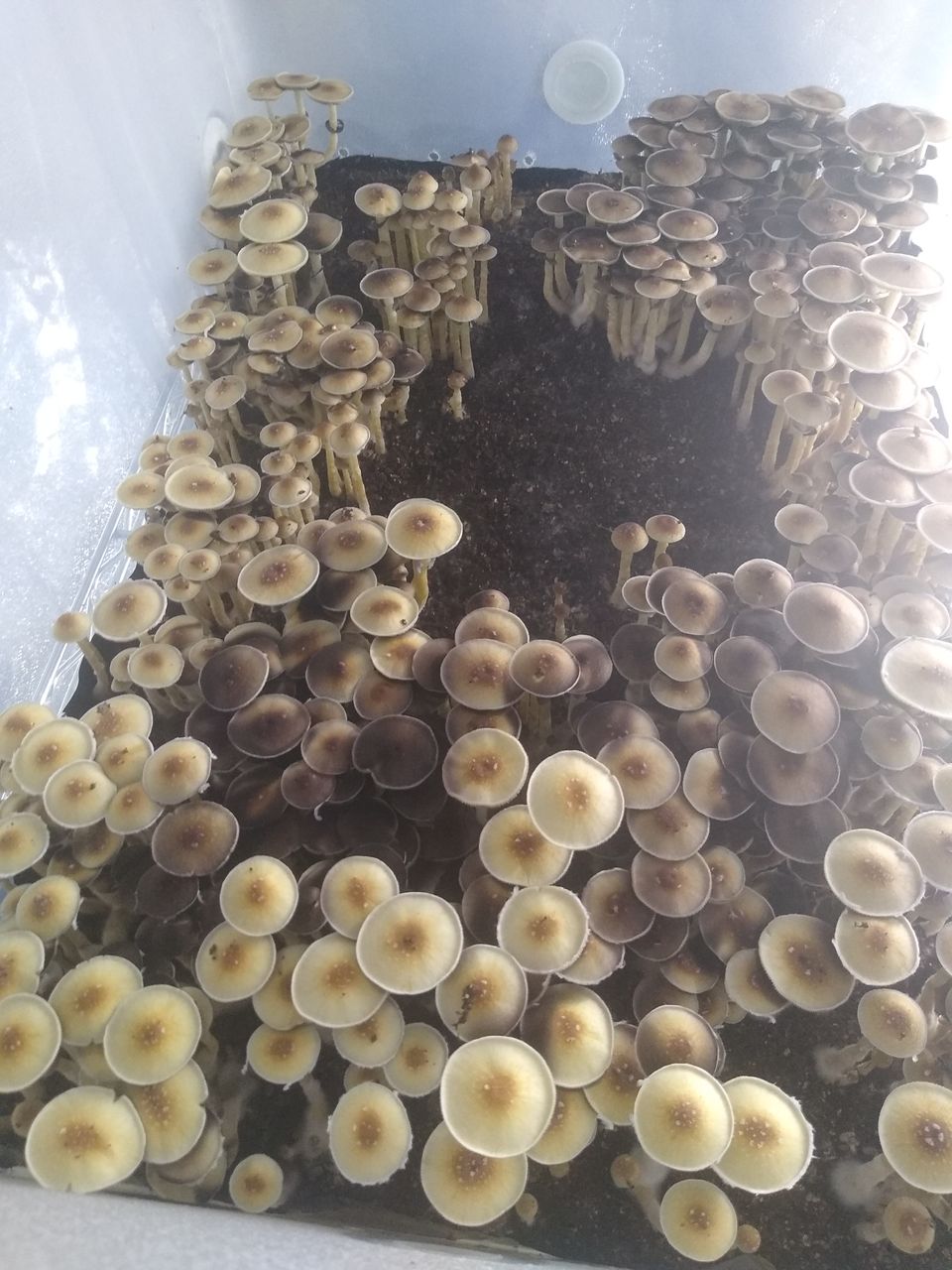 After the first flush of tub 2 and tub 3 I had to soak the substrate to re-hydrate it for their second flush. The way I do that is determine how thick the bulk substrate is and submerge the whole substrate under water and soak for two hours per 1 inch of substrate. They are 3 inches thick so my soak for each bin was 6 hours. I then drain out as much water as i possibly can and put it back in the room. Pictures above are the results of that soak.
After what had happened to the first tub I decided to take spore prints from each of those tubs so I could add them to agar when I wanted to grow that strain again. Those went into my still air box that I use for inoculation and left alone for about 4 to 6 hours. 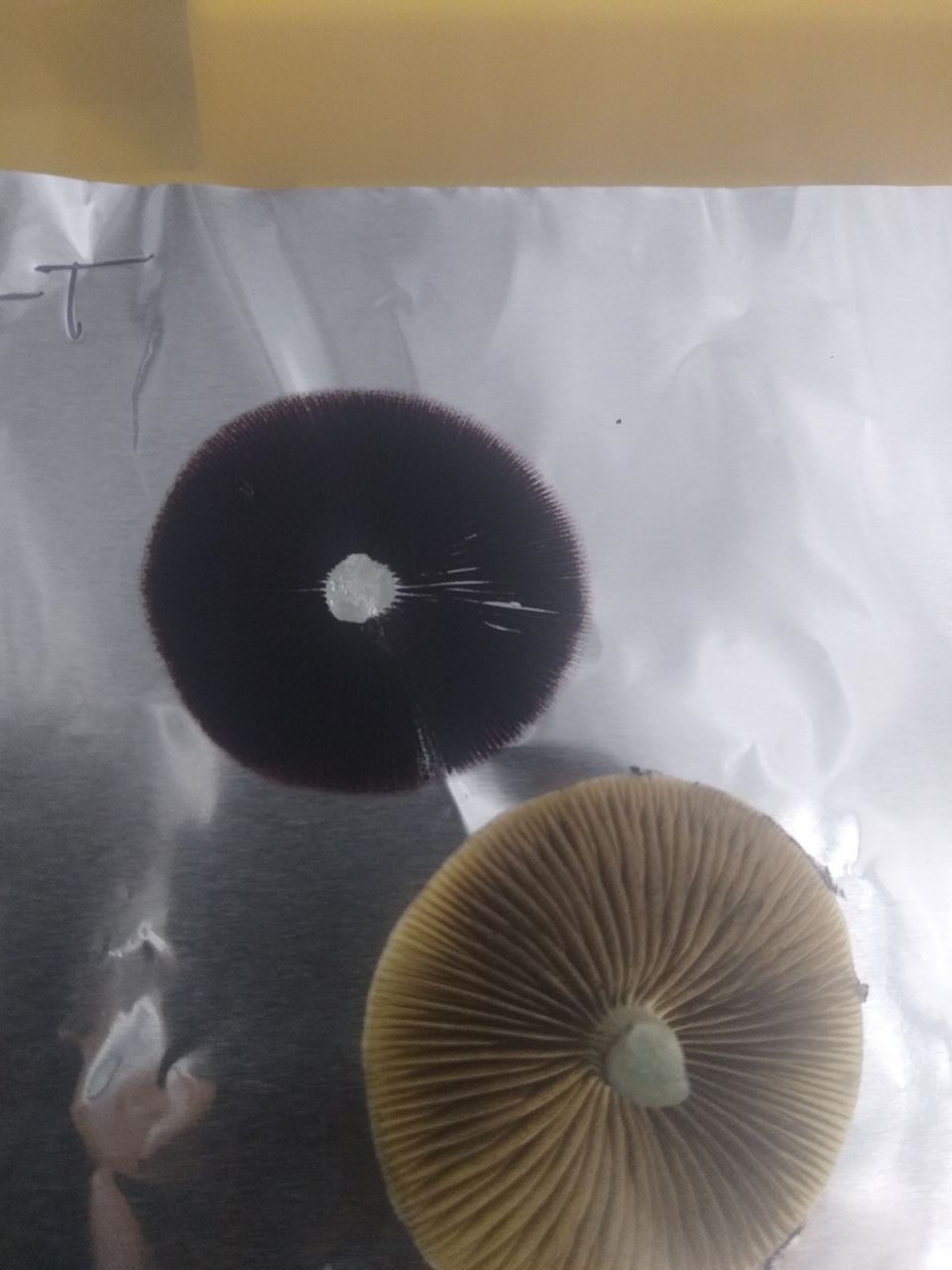 After printing them on aluminum foil I put the in 3x5 inch bags I got from my local smoke shop, labeled and dated. When this picture was taken I forgot to date them so I had to go back and do that. After they are packaged I put them in a small box and put the box in the refrigerator so long term storage. Once in the fridge they can last for 2 to 4 years to be used at a later date. Tub 4 got me a bit worried by taking so long to produce but I was pleasantly surprised by the size they were once they did start. If you notice at the top of this tub a lonely white pin that was coming up. I kept an eye on that. You can see the comparison in size in the next photo. Sure enough that lonely White pin was somehow albino. I thought it was very cool so I wanted to let it open a bit and experiment with it by taking it for a spore print to see if I can get that genetic into a full bin. We'll see what happens! This picture was taken today. (Hand next to it for comparison) It didn't get that big but I definitely want to see what comes of it. Thank you for stopping by and let me know what you think what may have caused the albino and your thoughts on the grow. Have an amazing day everyone!