Hello friends and welcome to my eighty-fifth day in Rising Star!!

Today would have been another quiet day in my career at Rising Star, if it wasn't for the Festival World Tour that takes place in Iceland...... 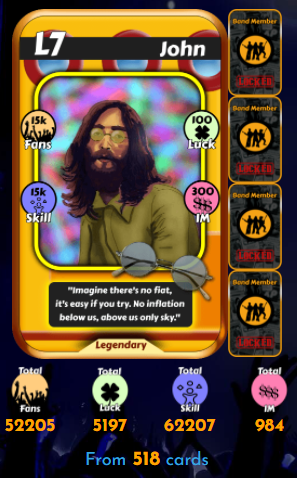 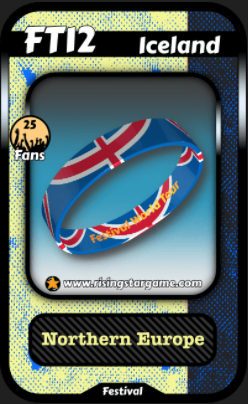 John and I did a incredible show in Iceland and the audience was crazy haha.... I even kept this wristband as a souvenir of this extraordinary show. Let's go to France!

This is my level at the time I write this post:

This is the amount of starbits at the time I write this post: (10k withdraw)

This is my Ego at the time I write this post:

I decided not to Blend my wristbands as the first ones I only bought 1 of each. So I plan to buy at least 3 from now (1 for the wristband itself, 1 for the band members and 1 for the full band). It will take practically 1 year to complete my goal, but I'm not in a hurry... everything has its time!!
Thank you for reading and GG!!!