I was really surprised to learn there are only just above 7k Raising Star active players. In my opinion Raising Star is the best free2play and play2earn crypto game for those who are just starting to play crypto games but also it's good for experienced ones.

Playing Raising Star is strange in the beginning but when you learn the rules it's getting more interesting day by day.

My experience with the game is something I like to share on Hive and I did it in several previous posts.

Right now I'm at level 56 and my rank is 2161 :) The strategy I used was to get to level 55 as faster as possible in order to be able to play Local Mini Tour Support missions. That's why I played only Music lessons because I could advance one level per two days based on earned XP points.

Now I'm not sure if I understood it right but I learned this mission brings between 750 and 3041 Starbits tokens per mission and that amount you get is random number between these two. If that's correct on average one Local Mini Tour Support mission should get you (750 + 3041)/2 Starbits or 1895 tokens. 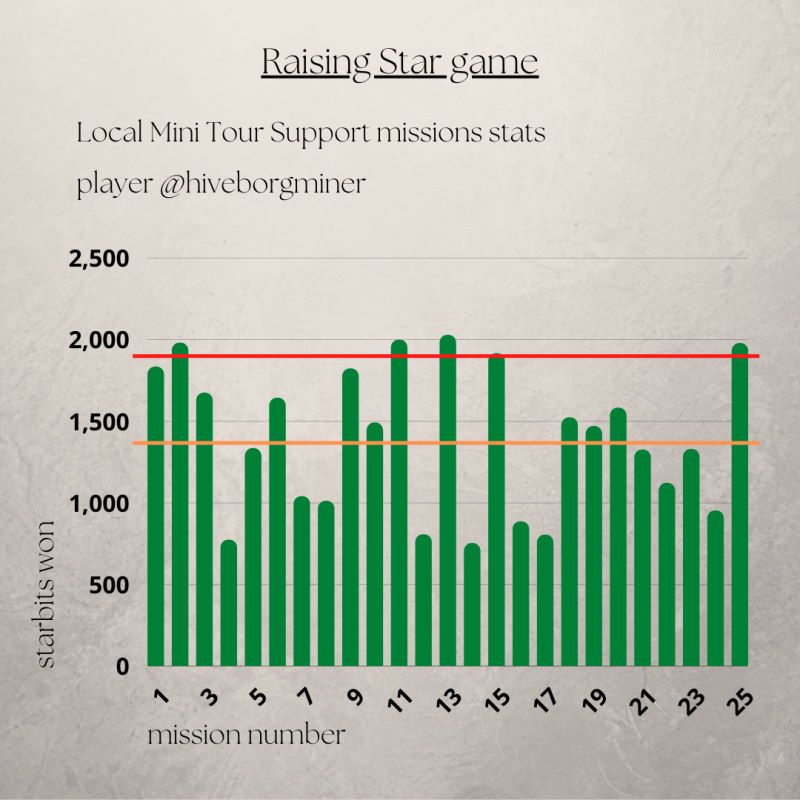 That average number is represented by red line on graphic above.

Orange line is actual average Starbits I won in first 25 missions and that average is 1368 tokens.

Now I understand this is just small number of missions I played and for average number to be established properly there should be at least few hundred missions played but still I think this is quite lower than it should be. There may be some other properties involved I'm not familiar with like how many of these you play per day or rank level and I would really like someone explains them to me.

Nevertheless Raising Star is here to stay. I voted and you should also to help it bring more new players to Hive ecosystem, so check out Raising Star DHF Proposal. 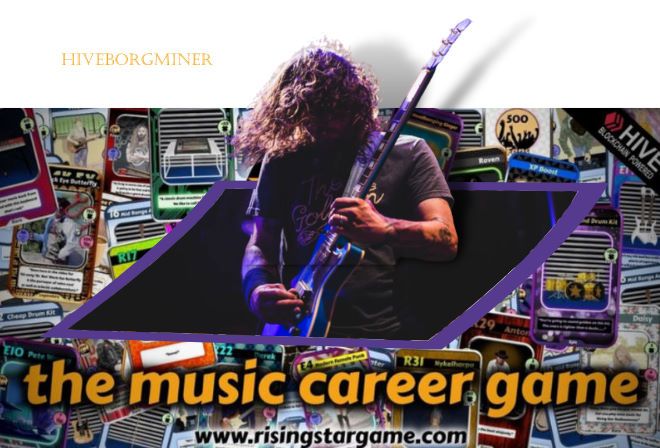