DiscoverCommunities
EN
Signup
This content was muted by Photography Lovers moderators for not following community guidelines.

The Sunset Resulted From a Phenomenon Called Rayleign Scattering Have you ever asked about the color of the sky all the time? During the morning, afternoon, and evening can be different colors, and the most beautiful is in the afternoon. When the sun begins to set, it gives a spectrum of beautiful and magical colors, such as the combination of orange and purple.

This phenomenon is known as Rayleign Scattering. Taken from the name of the physicist Lord Rayleign as a British scientist who made extensive contributions to theoretical and experimental physics at the University of Cambridge. 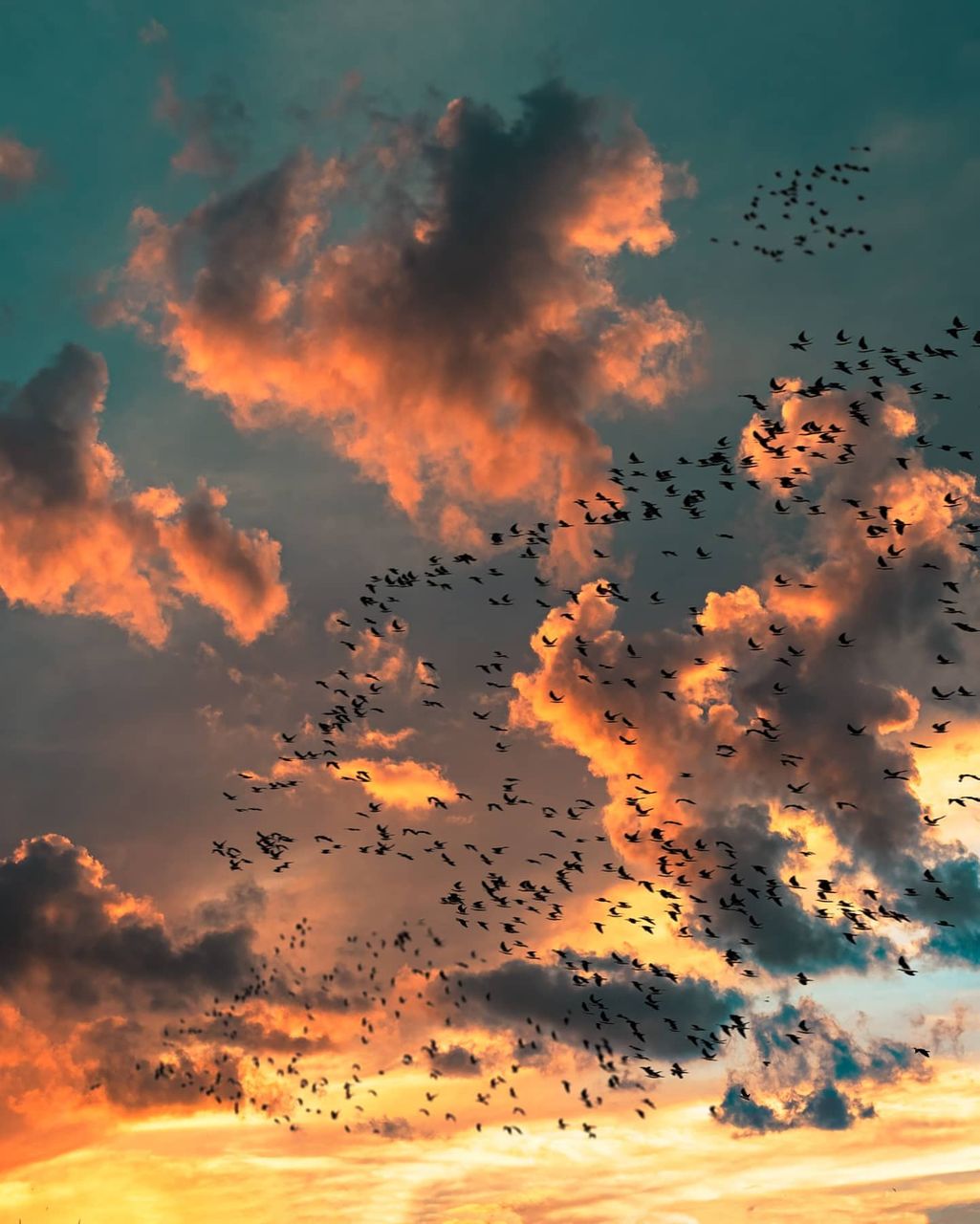 Sunsets result from a phenomenon called Rayleign Scattering. Tiny molecules and particles in the atmosphere change the direction of the light rays, causing them to scatter. Some light that is purple is scattered in the sky, but our eyes are not sensitive enough to purple, so we see the color that is most diffused is blue.

Light is made of many colors, Rayleigh scattering can be done using a prism, which is when light is refracted through the prism and produces a different color from the original color, which is white. Light that was originally white in our eyes is actually made up of many different colors. 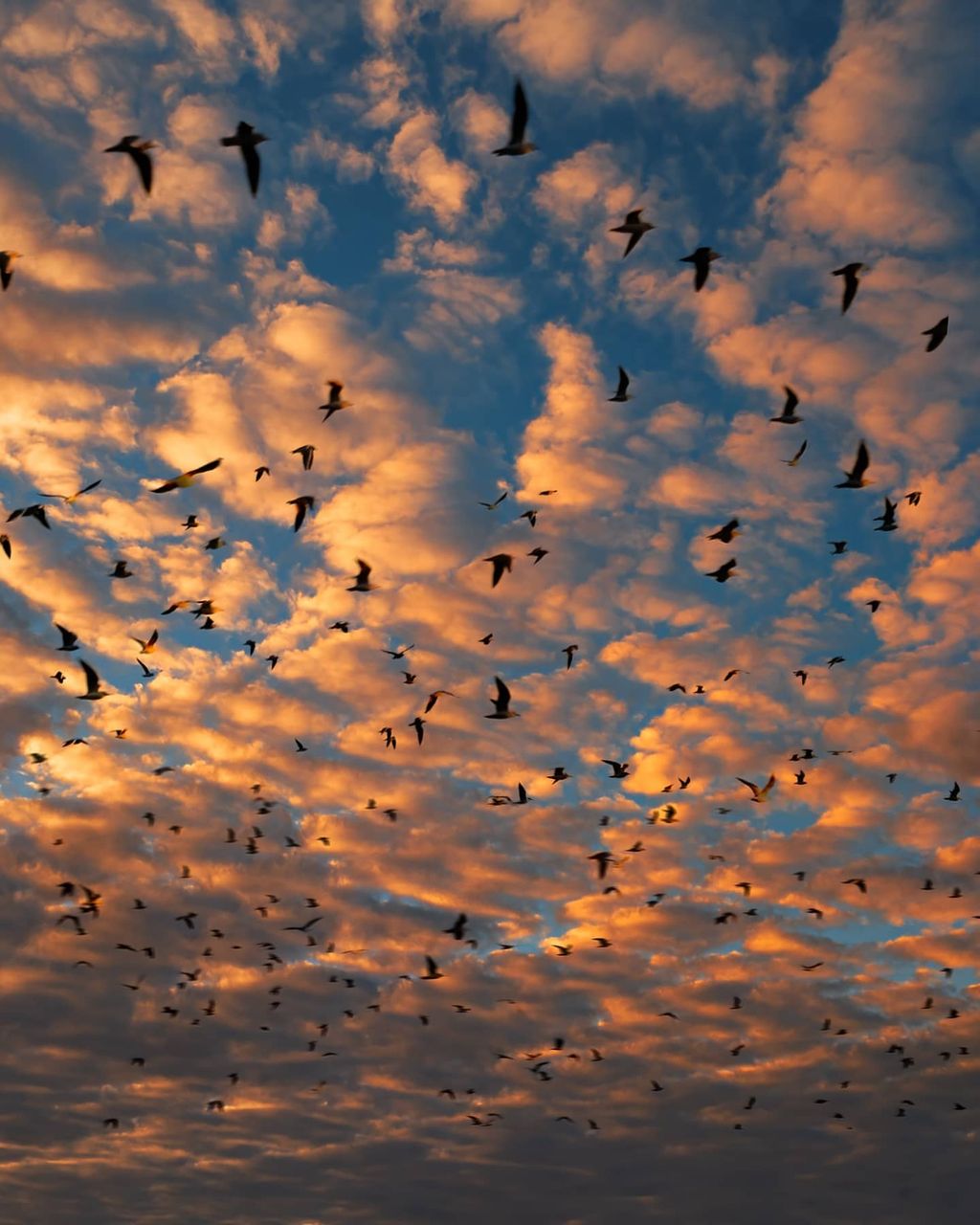 Each color can be thought of as a light wave with a different wavelength. Blue and purple are the shortest color waves, while red is the longest color waves in the spectrum. For green, yellow, and orange in the middle.

When sunlight shines on planet Earth, all light waves of different wavelengths travel in a vacuum. When they reach Earth's atmosphere, light waves hit particles in the air such as dust, water droplets and ice crystals.

Because visible light waves are so small, they also interact with the tiny gas molecules that make up the air itself.

The light waves reflect these particles the way we would imagine if they were in a crowd of people and jostled down a hallway, bouncing off other people's impulses. Just like that, the light waves bounced off in various directions.

Earth's atmosphere at dusk, where the sun is low on the horizon, sunlight passes through more of the air at sunset and sunrise than during the day, when the sun is higher in the sky. More atmosphere means more molecules scattering purple and blue light in our eyes. 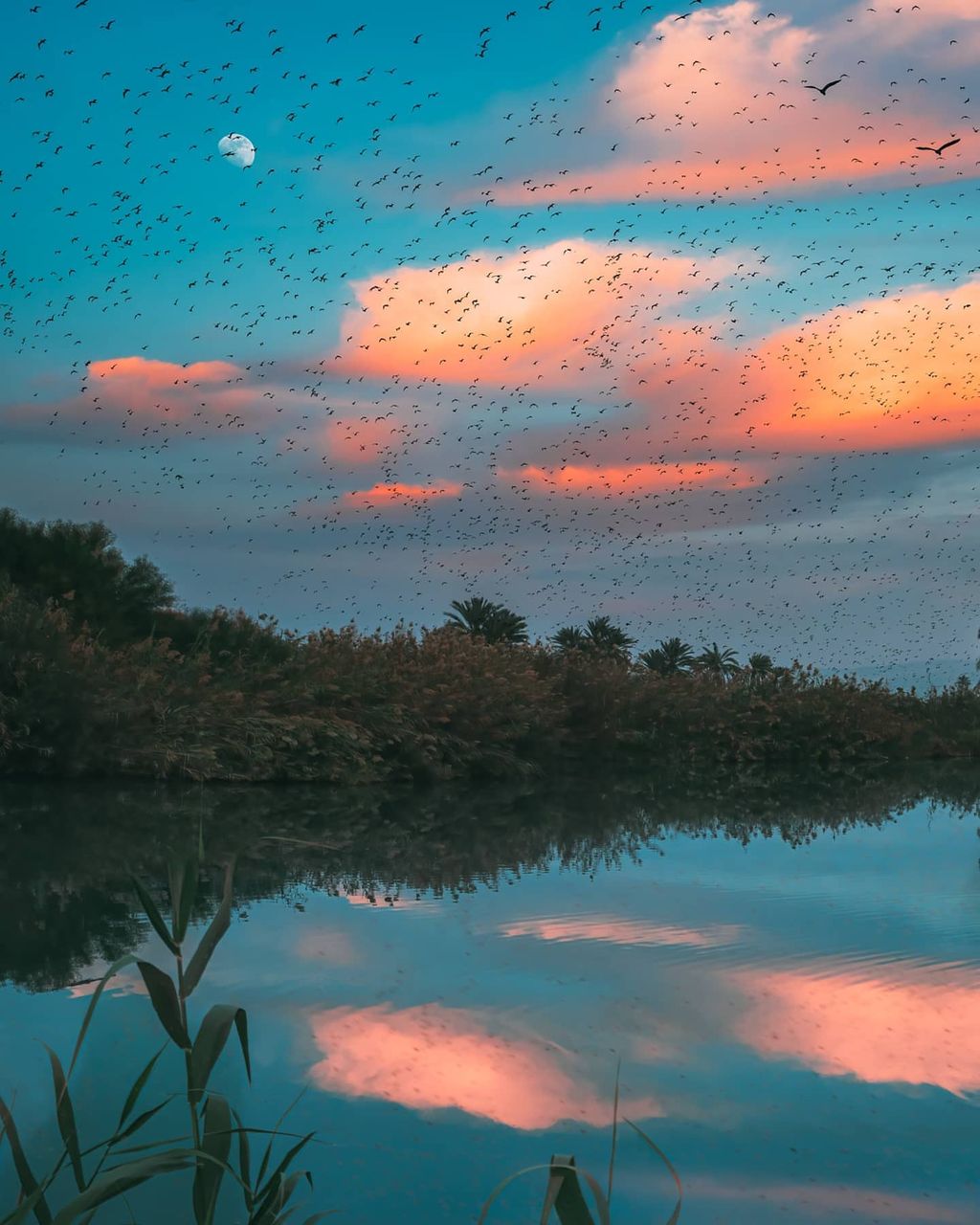 If the path of the sunshine is long enough, all the blue and purple light spreads out of our view. Meanwhile, other colors continue to our eyes. This is what happens when the sunsets are often yellow, orange, and red.

Because red has the longest wavelength of all light, the sun turns red when it is on the horizon, and its incredibly long path through the atmosphere blocks all other colors.

The spread of light waves depends on the size of the particles in the air. Particles smaller than the wavelength of their light scatter blue light more strongly than red light.

Therefore, the gas molecules present in our Earth's atmosphere are:

In the visible light range, the red light waves are least scattered by the atmospheric gas molecules. So, at sunrise and sunset, when sunlight travels a long path through the atmosphere to reach our eye reach, most of the blue light has been lost. 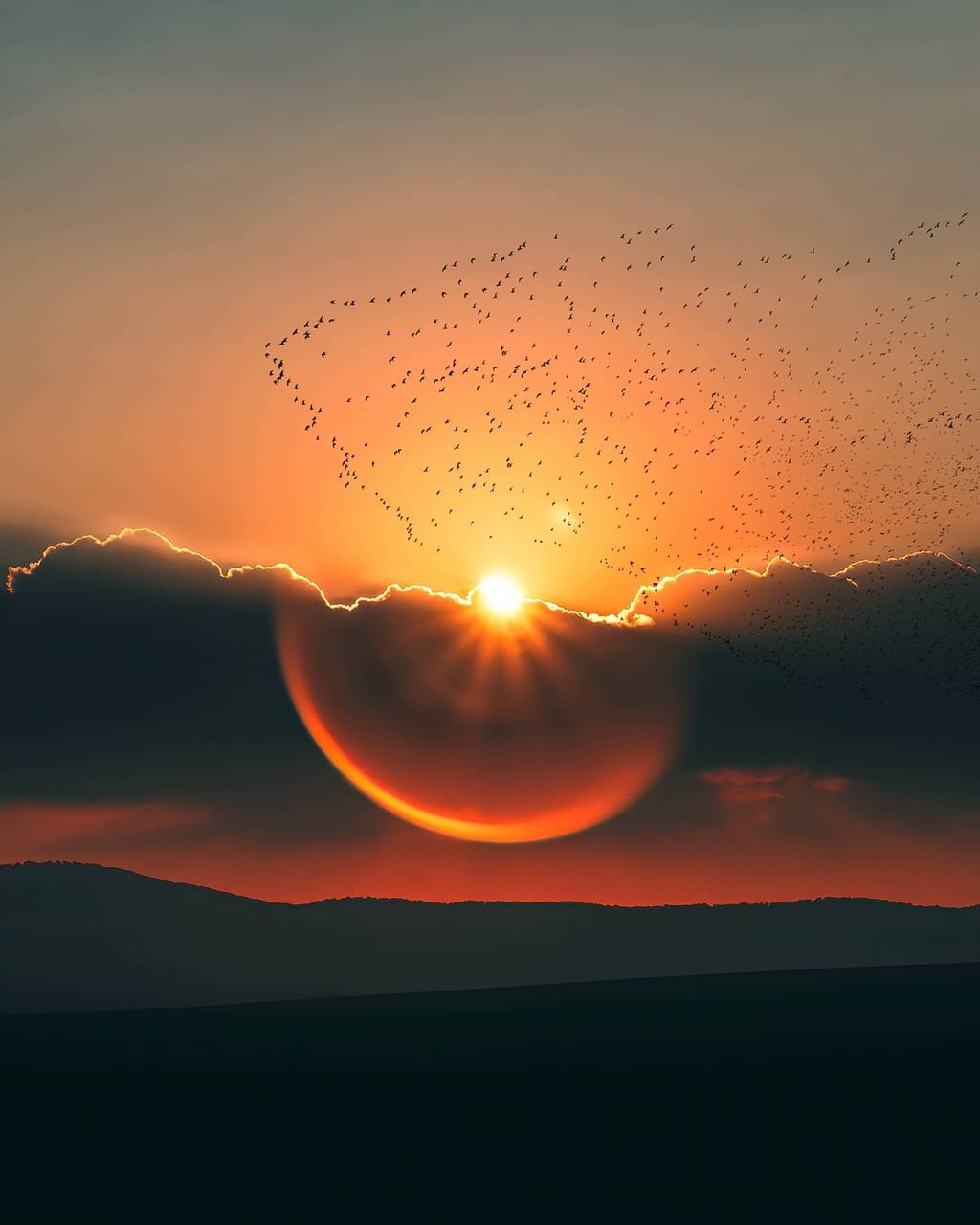 Leaving only the red and yellow light remaining. The result is that the sun's rays turn orange or red, which we can see reflected off clouds or other objects as a colorful sunset.

Dust pollution and the quality of the air the sun has to travel through also affects the color of the sunset. Dust particles and pollutants can dim the colors in the sky and block light from reaching observers on the ground.

Because of this, the sky turns a faded red and yellow when the air is full of dust and pollutants. This is why the sun rises and sets over vast areas, over the oceans, and in the desert so much brighter, more beautiful, and colorful than in the polluted cities.