Hi all, this is officially my first posting in Photography Lovers community. Usually I will post my insects photograph at another community. However, I'm giving an exception for this series of pictures.

I feel like these pictures have their own story that I can narrate here.

It was weekend, and as usual I will go to my mom house during the weekend. My mom house is a typical Malay village house. It's not very big, just a small house, but with a large yard in front.

Also in front of my mom house is a porch, and there where two chairs. I was sitting at one of the chair while having a cup of coffee and listening to music blasted from my smartphone.

I was listening to compilations of 90's rock music from band such as Gun & Roses, Skidrow, Meatloaf and many more. While sipping my cup of coffee, my eyes were caught at a spider web that is nearby the fluorescent light.

The spider web was quite big, as bis as an A4 paper. I am really amazed with the design of the spider web. I can seen there are various insect that is trapped there.

At the spider web, there were an Orb Weaver spider. The spider was in midst of wrapping its prey with spider silk. I'm not sure what type of insect that the spider web has managed to trap.

I stand up and take a closer look at the spider web. 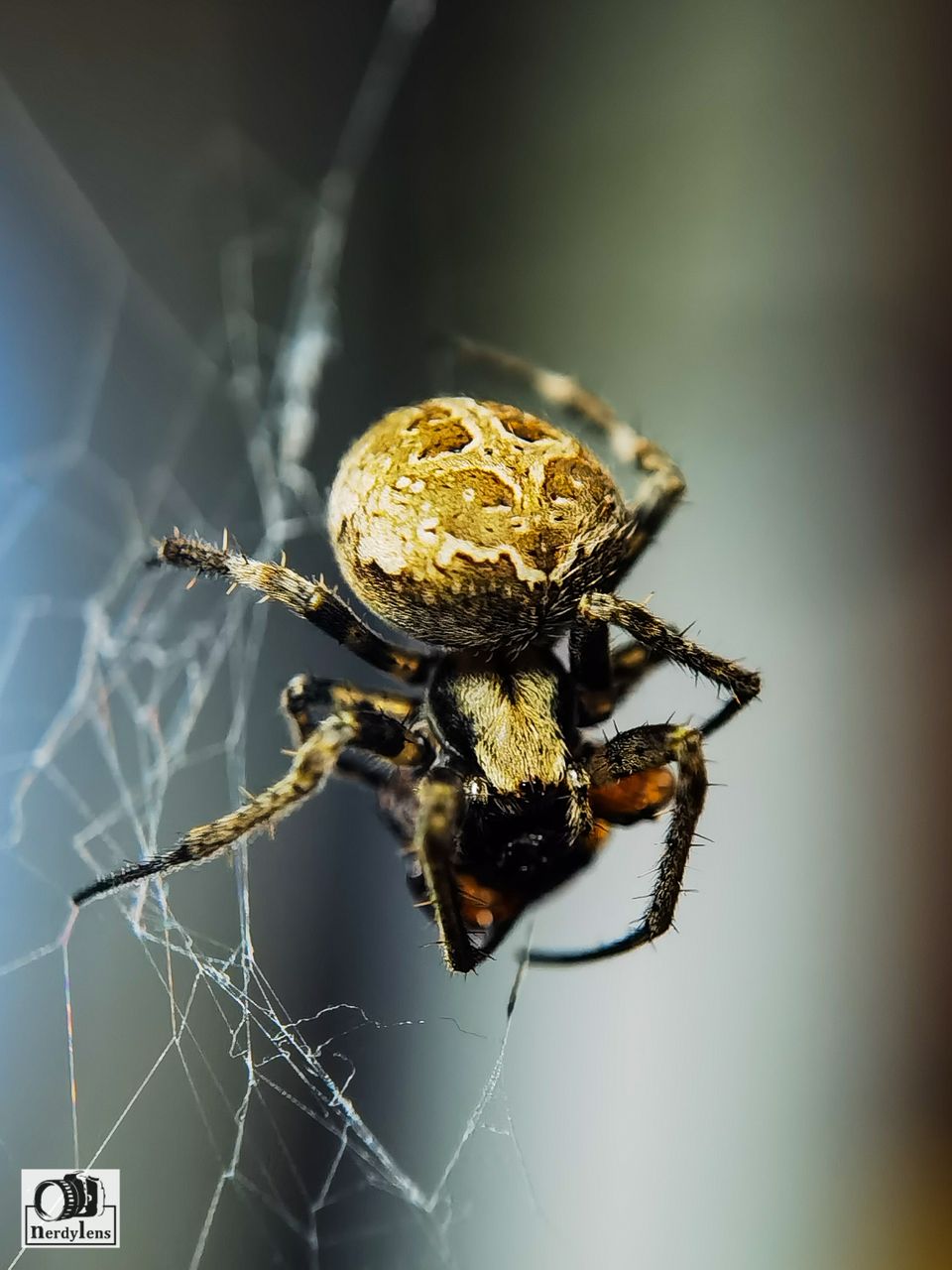 I can see that the Orb Weaver spider was wrapping its prey in such a speed. Not even five minutes, it has finished wrapping its prey and leave it dangling at the corner of the spider web. Maybe it purposely leave it to feed on it at a later time. 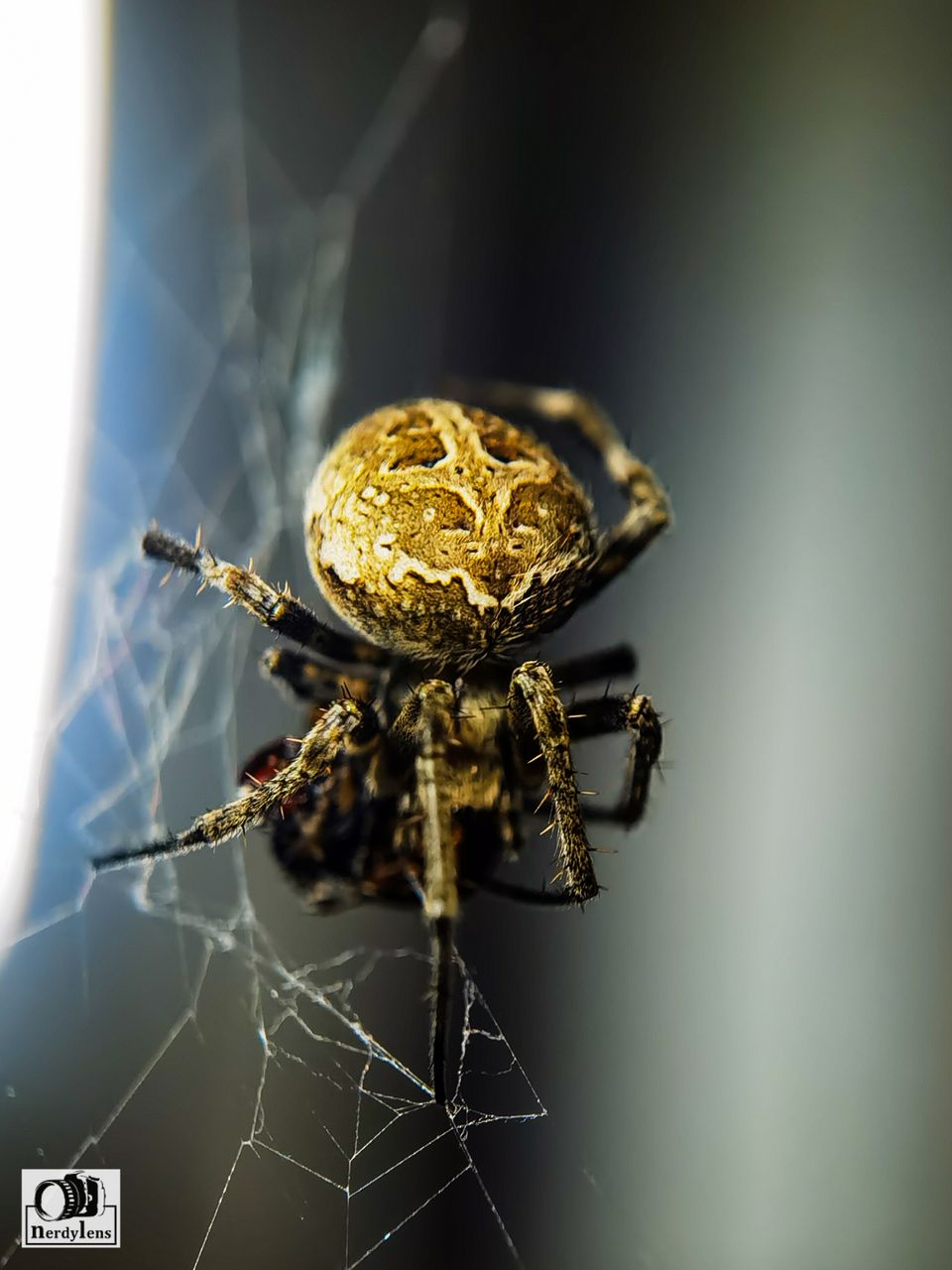 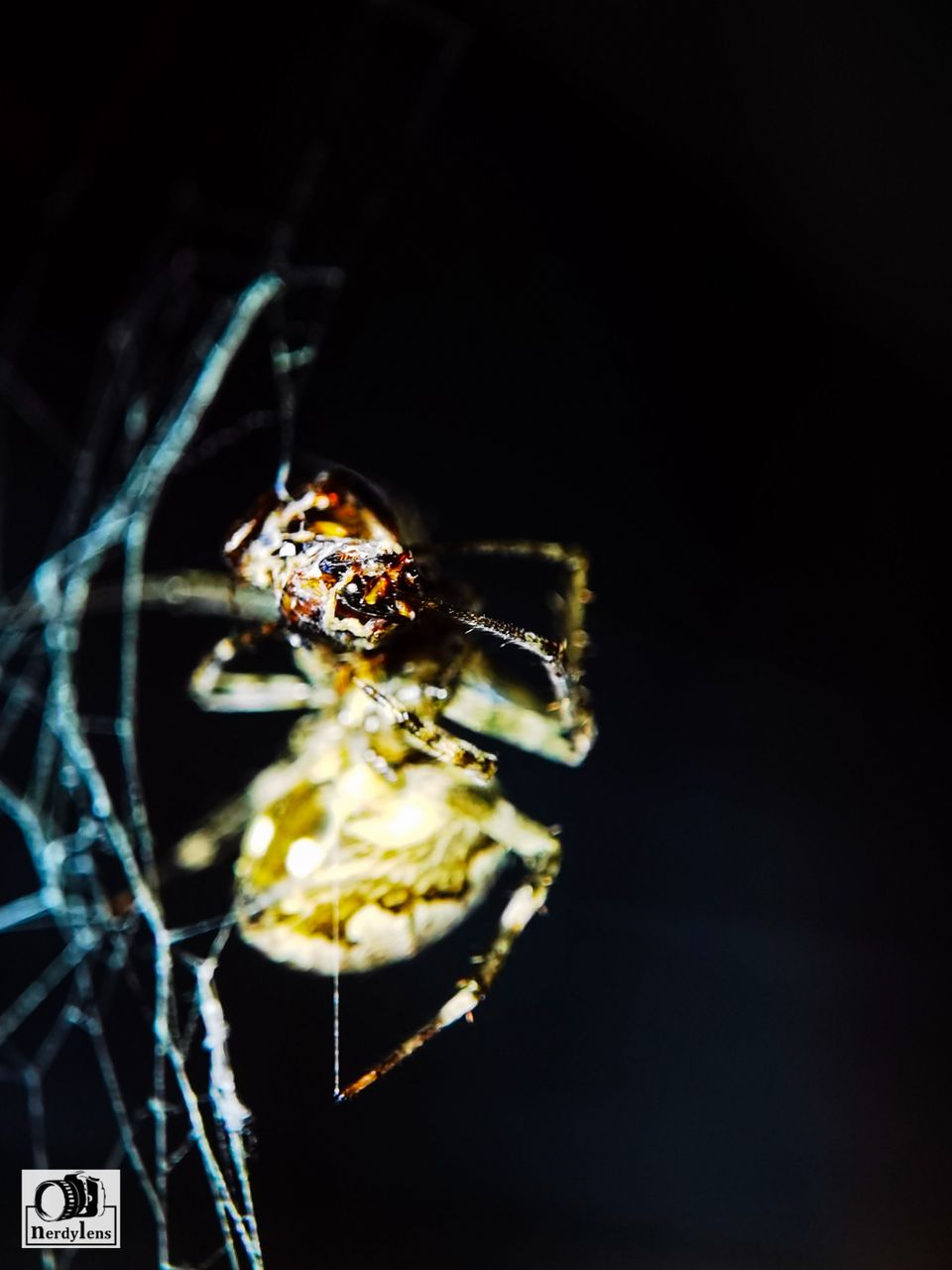 Maybe that will be its dinner for tomorrow... 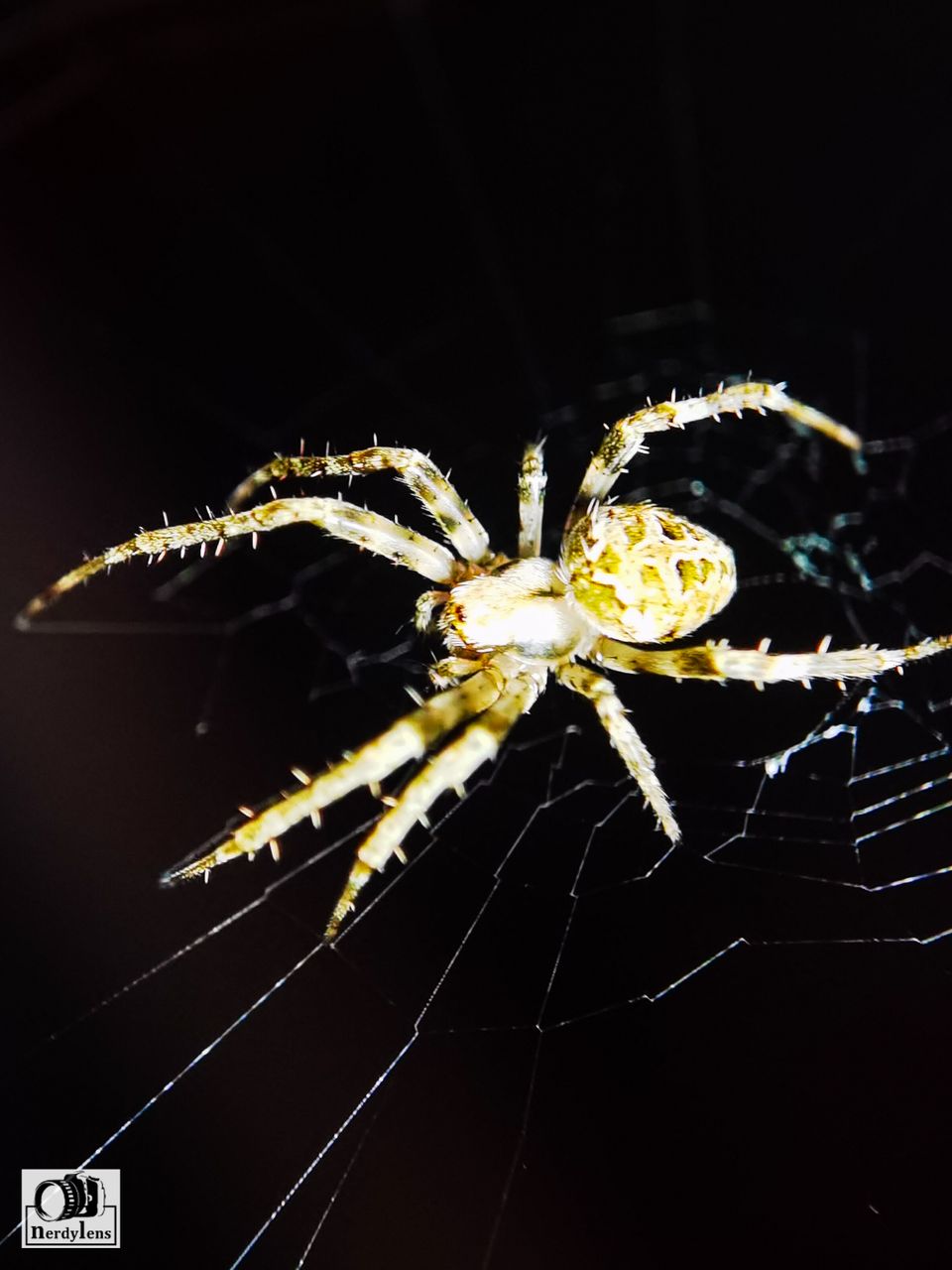 After finished wrapping the other prey, the spider pull out new spider silk thread from its bottom. I can see that the spider was trying to repair the spider web that was damaged. I was really astonish to see the process.

After finishing my coffee, I go back inside my mom house 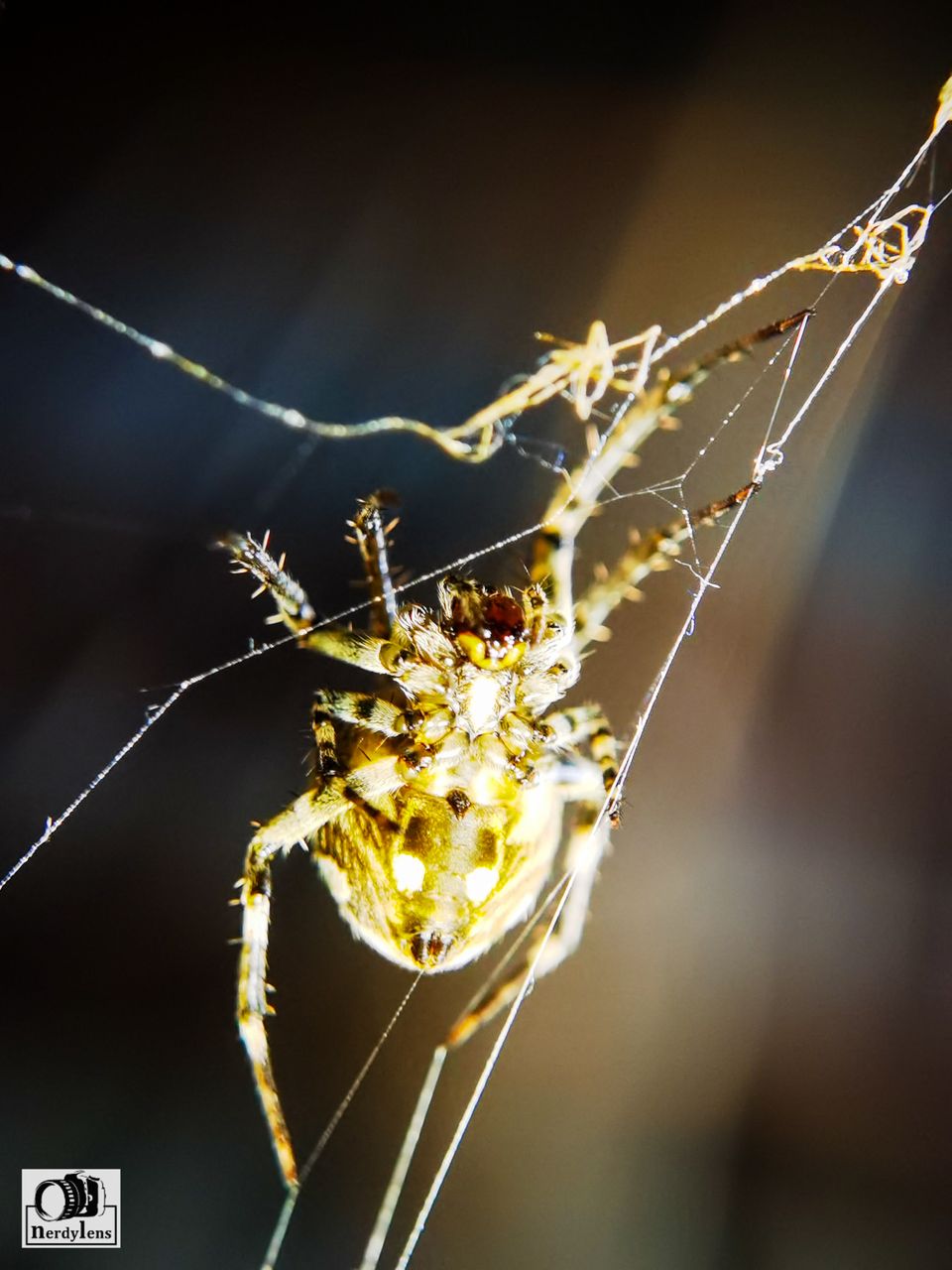