The sound of coral When you are at the beach, of course you are not disturbed by the sound of the waves that never stop. It's the sound you're most familiar with there, and it's the part you seek and enjoy. For such a thing, among other things, you go there! Is that right? The sound of the waves, as well as the sound of the wind passing your earlobe, are certainly complementary elements of what we are used to know about beaches, especially beaches that open to an ocean.

The fragments of coral and shells after being strung on a rope, then hung on the edge of the ridge of a shelter as decoration. It hangs there, and is played with by the wind that blows, or maybe, it's no less accurate to say, the wind comes to play the "musical instrument" provided for it, and at that time you are free to enjoy the musical performance while taking photos of the strings made of those corals and shells, swinging there.

I believe you can hear this.. 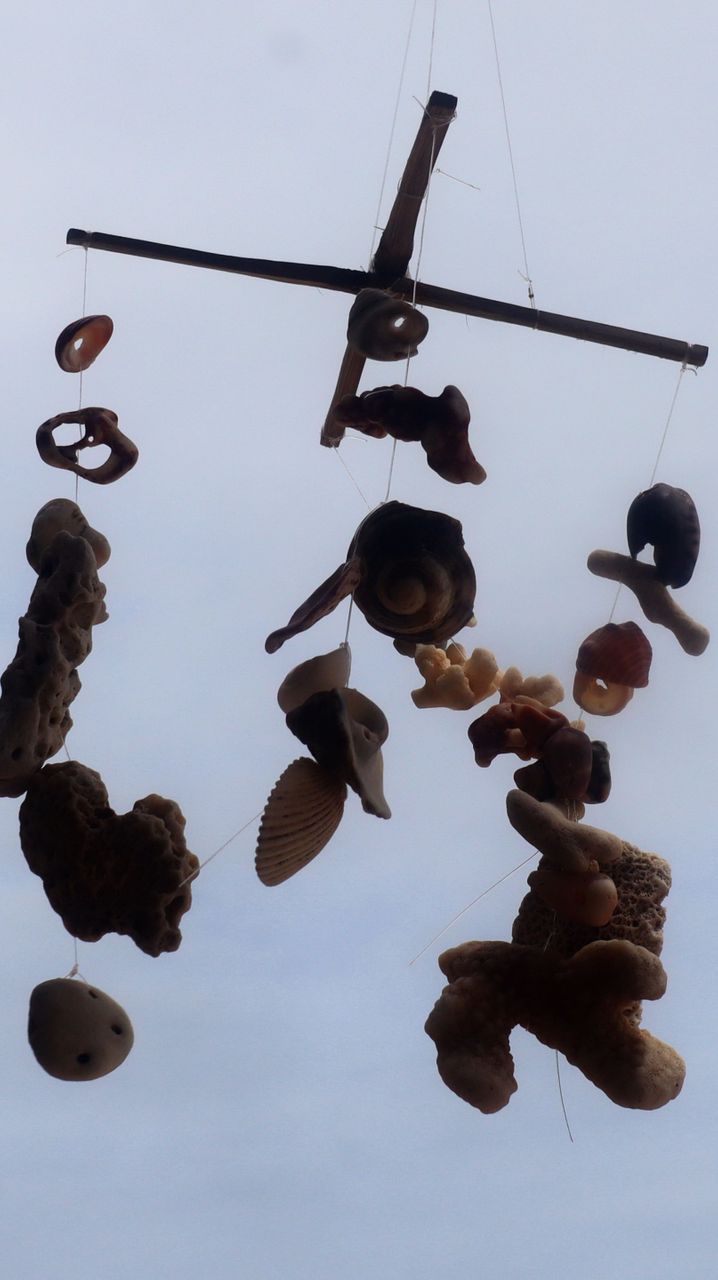