At my local photo club, one of the themes we had was: orange.
So I looked around on the web to try to find some ideas, went shopping at the dollar store and also at the florist and started trying things out at home. 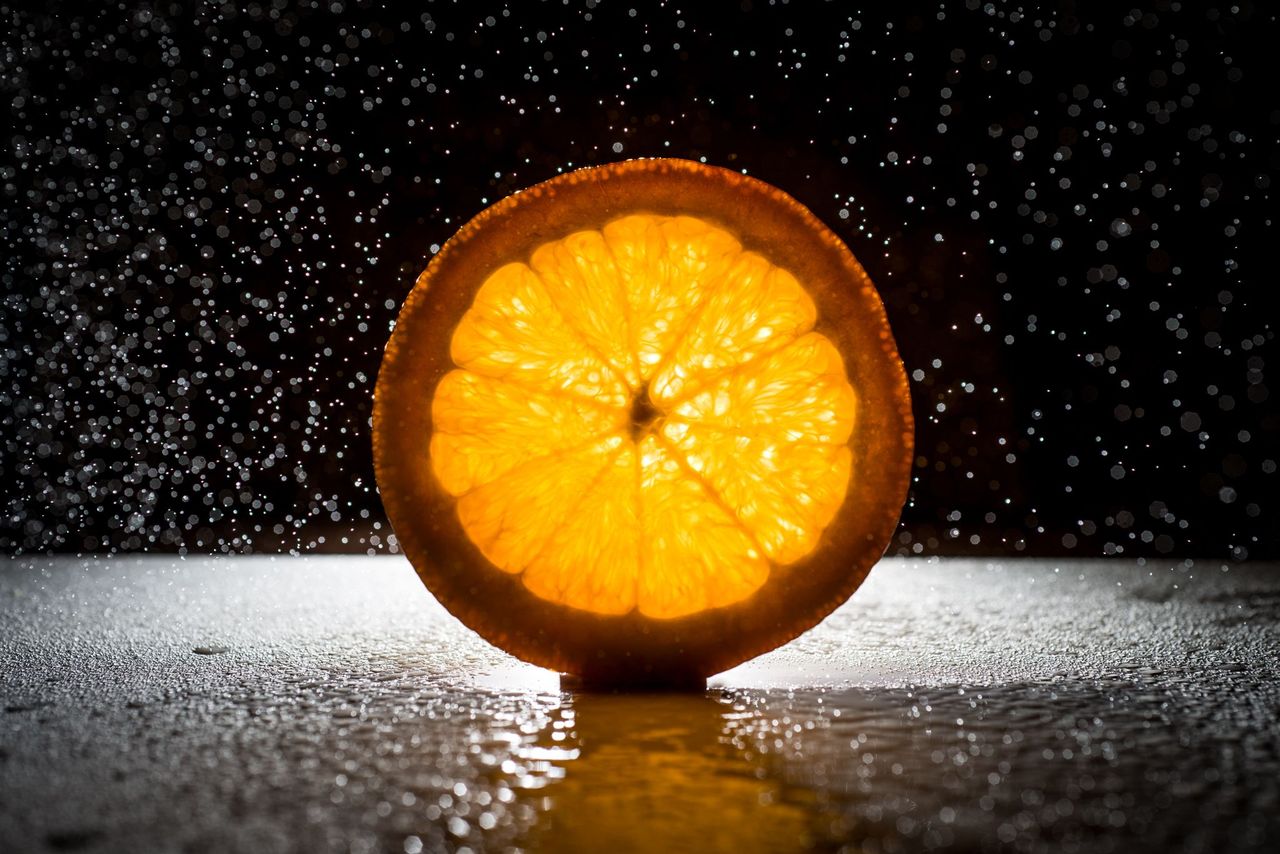 Started simply with a slice of orange, backlit with a speedlight and used a spray bottle for the particles. Not sure what I used to hold the slice in place but I think it was toothpicks. 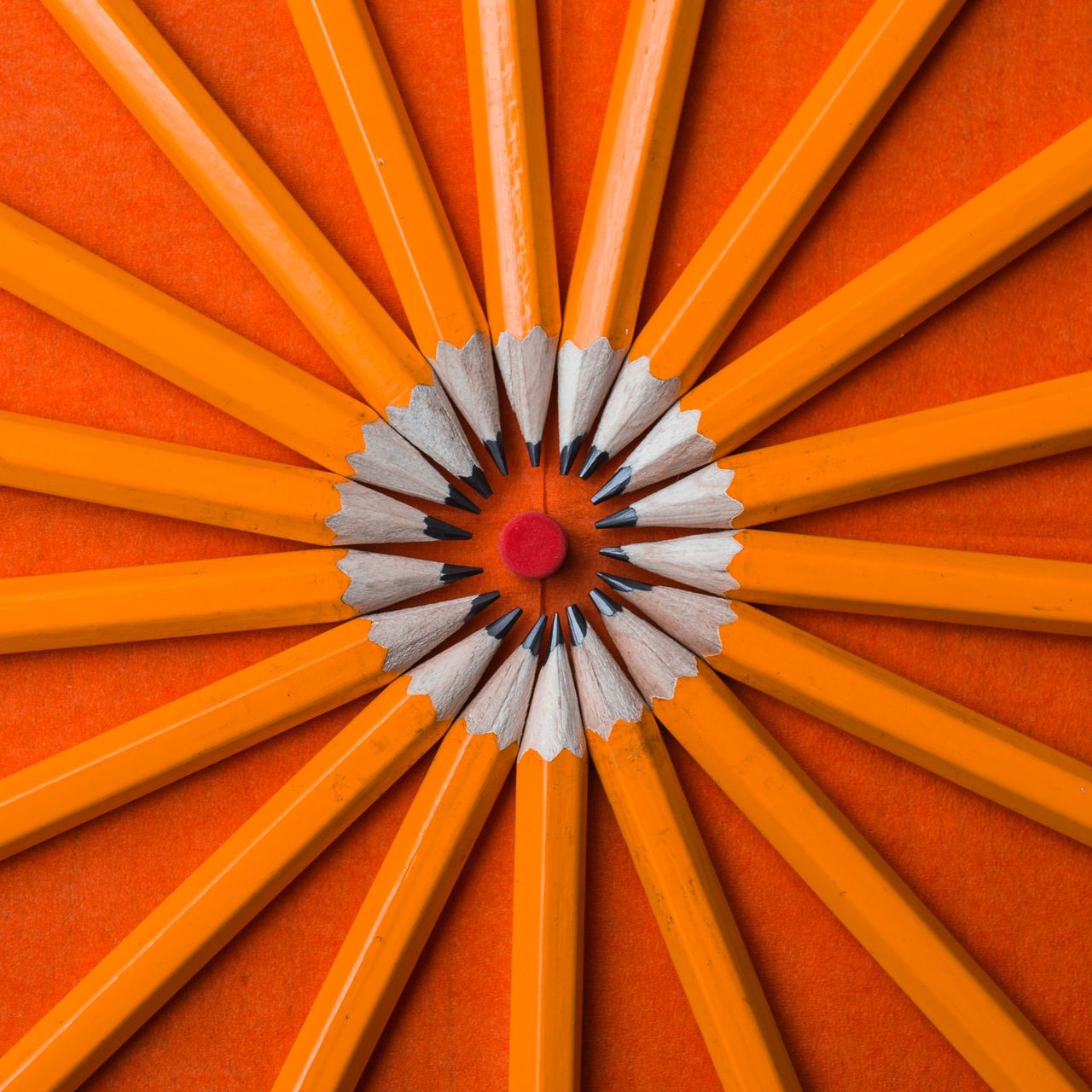 This was supposed to be kind of a graphic picture. It was a very simple idea and I thought it would work out well, but I'm a perfectionist and I had a hard time placing all the pencils exactly where they were supposed to be. The background is simply an orange napkin. I thought that the image was good, but nothing amazing. 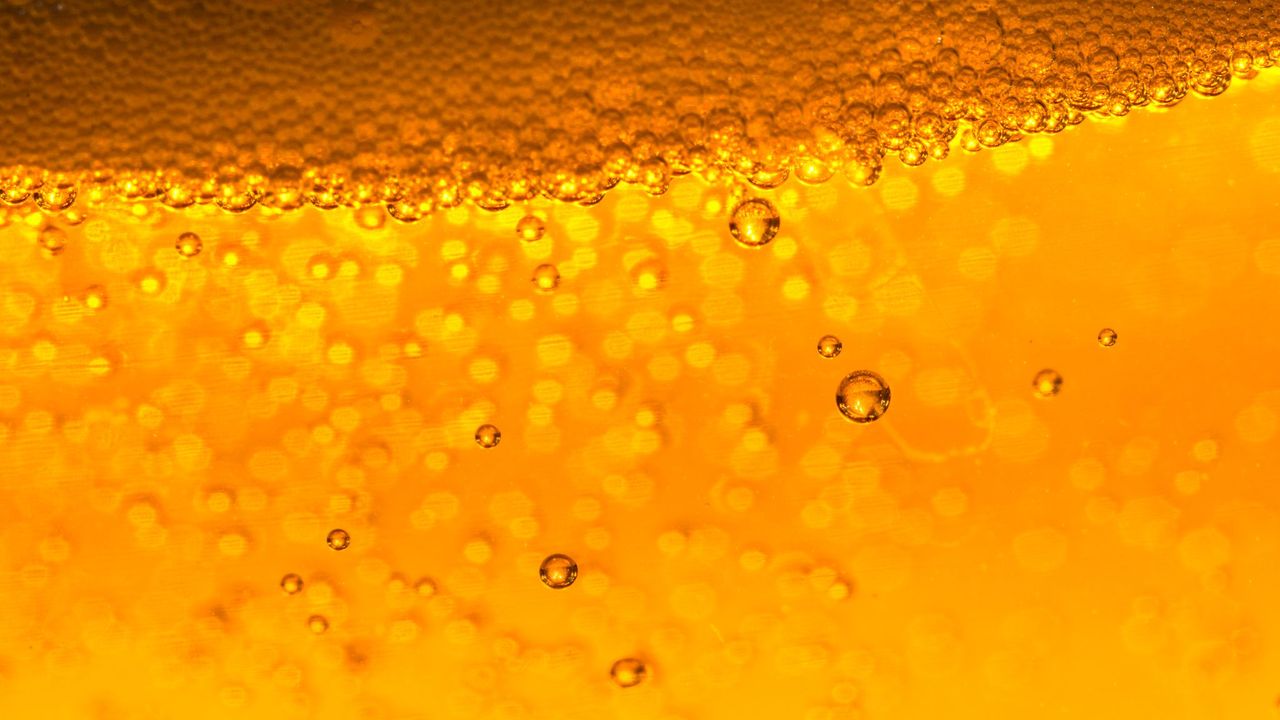 I really liked this one though. Again, this was very easy, I only poured some orange crush (soda pop) in a glass, used a flash behind the glass and took some shots of the bubbles using some generic macro tubes on a Nikon 60mm. 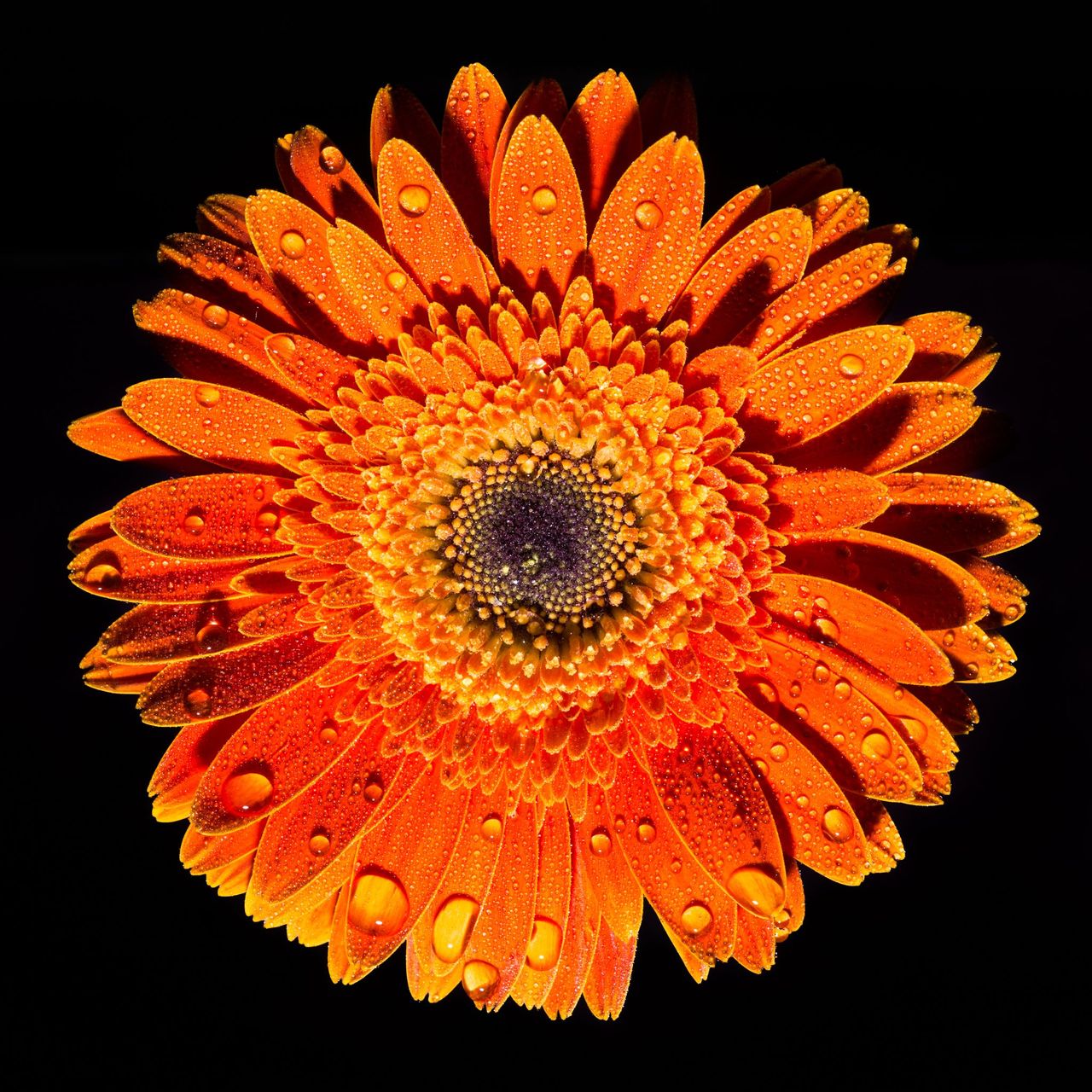 Finally tried taking pictures with the flower I had bought at the florist. All the bigger water droplets were carefully placed with a dropper and they were a mix of water and glycerin (about half/half). For the smaller droplets, I used the spray bottle. To get that nice black background, I just asked my sweetie @chaosgeek to hold the stem while I was taking the picture with the flash very close to the flower. Because of the inverse square root law, the light wouldn't get any further than the flower. This was my final choice for the theme and I came in first place at the photo club with that one. The hardest part was to figure out how I was going to frame the picture. Sometimes you want to show everything in a picture but most of the time, what works best is when you focus only on the subject and you dive deep into it, and that's what I did.

Hope you enjoy those pictures. I will try to keep publishing about all kinds of photography in here.