Practice a little and you'll get far!

bertrayo66
inMusic
a month ago

There's a water cut. This one was programmed, but it seems that every week we get one. I don't mind the the repairs if it helps more people get running water in their houses. I mean that's a human right after all. But in the country we live in, well... Let's not delve on that political thing.

Since that is an issue to do any activity in the day, I spent most of the morning looking for something to play on this week of #openmic. The topic of this week is "Toys". This made me think of a lot of choices, but in the end who doesn't remember the first time playing Super Mario Bros. One thing I always loved about 8-bit games was their music. It's catchy and gives you a boost to play the game. There's no wonder it is design for that. A videogame console is not exactly a conventional toy, but it is as its purpose is to entertain.

I won't get into much details as those are my words for my submission to this weekly window of whimsical musical wonders. So, here it is a video with mistakes for just a lot of fun to play something that reminds me a lot of happier times. Also, don't pay too much attention to the background noise. I was in the living room. There was no way to escape from noise. 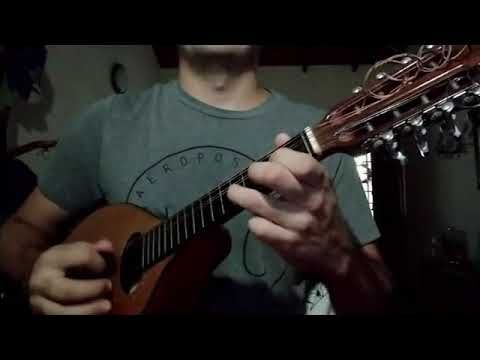 There's some phrases to work and of course get a better tone production. Get the mix of accuracy and tempo. And push my way to the speed of the theme. But that's the easy part.

It's a great thing to be back on the music making movement (ok, that's my last silly alliteration). I'll get back to my idea of recording Venezuelan Waltzes and some videogame music as well. Stay tuned for those.