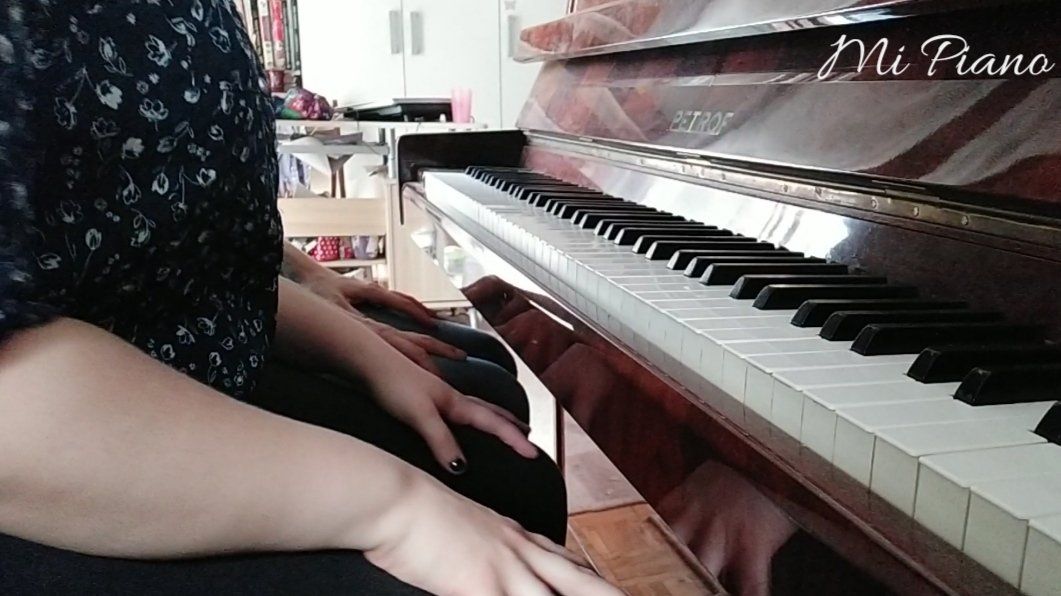 It’s kind of a show of how I spend my days with my nieces. Mostly it's laughter, arguing, laughing, crying out from laughter ... and you know, laughter again. But let me start from the beginning with a story. I have two nieces. One has already shown her talent on the blockchain, through this post. I know that you really want to click these coloured words to see that, right? We recorded her drawing, sped up the video and put it together with the music I had already recorded in advance. It turned out nice, at least I think so.

But, here comes the other one. The youngest of two of them. Well, she plays the piano too...Who would have thought that this mipiano aunt left them a legacy of love for music and piano? Aside from the fact that I used to put them in my lap when they were babies and we played the piano together. Okay, they followed my hand and arm movements. They sang with their baby's language. They laughed, so almost like we laugh now as we play together. I was also officially their first piano teacher, until I moved.

But, luckily, they didn't stop to play during all these years. And now when one is becoming my colleague and friend for many activities, and the other is also coping with her teenage attitude, they are loving this piano playing thing. Just some black and white keys in a piece of wooden furniture, some people would think. But piano gives you much more.

Piano gives us great time that we are spending together learning pieces to play in 4 hands. . This one is composed by Scott Joplin, one of his rag, Cleopha March.

So, the show just started. We will have some more of those fun to publish, but for now enjoy in this one. We were serious in the video, not to ruin it :)