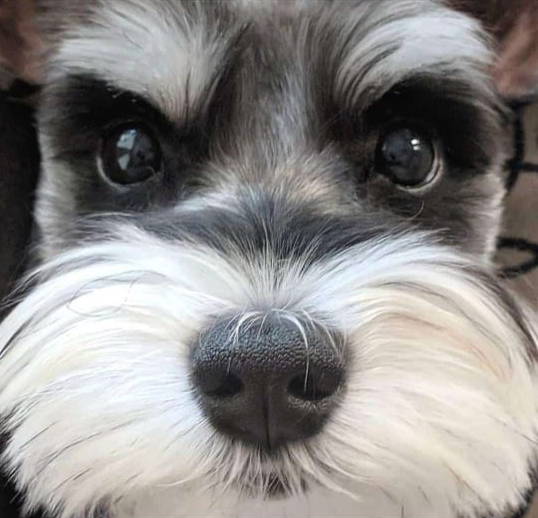 Image owned by @lanzjoseg
Tayson Manuen is a pudder breed, very intelligent and caretaker of each of us while he was home.
He arrived as a baby furball with that very visible feature that he had on his face all the fur around his eyes black as if it had been painted on.
He grew up among us because there were already other dogs at home but Tayson was very privileged to be white and very small when he arrived we protected him from the others, of course if he went out to the yard, walked, did his needs and came back, but he did not stay outside.
I say he was very caring because when my daughter at that time would be 12 years old he would not leave her alone, if she was at the computer he would lie at her feet until she got up and went to do other things.
If I lay down in the hammock that we have in the place where the TV is, if she was alone, she would lie down under the hammock. If someone arrived, her barking was tremendous, you had to grab her because she wouldn't let anyone pass, my children's cousins called her the Tasmanian devil because she wouldn't let them in.
When they would arrive and come home, my children would put him in the bathroom so he wouldn't bother or scare the visitor. One time I remember my children forgetting that Tayson was in the bathroom and listening to him knock on the door to get him out.
Other times at bedtime he would knock on the door of my daughter's room, until it was opened he would not stay quiet, he would walk around and not go to bed, then my daughter would look for a flannel from her dad or her brother, put it on the floor next to the bed and then lay down. She would never ride on beds and furniture. He really was a keeper. He looks just like the one in the picture.
Translated with www.DeepL.com/Translator (free version)