@davidesimoncini announced in his Photochain Challenge announced the theme of the week REFLECTION and WHITE. It's already week #136. 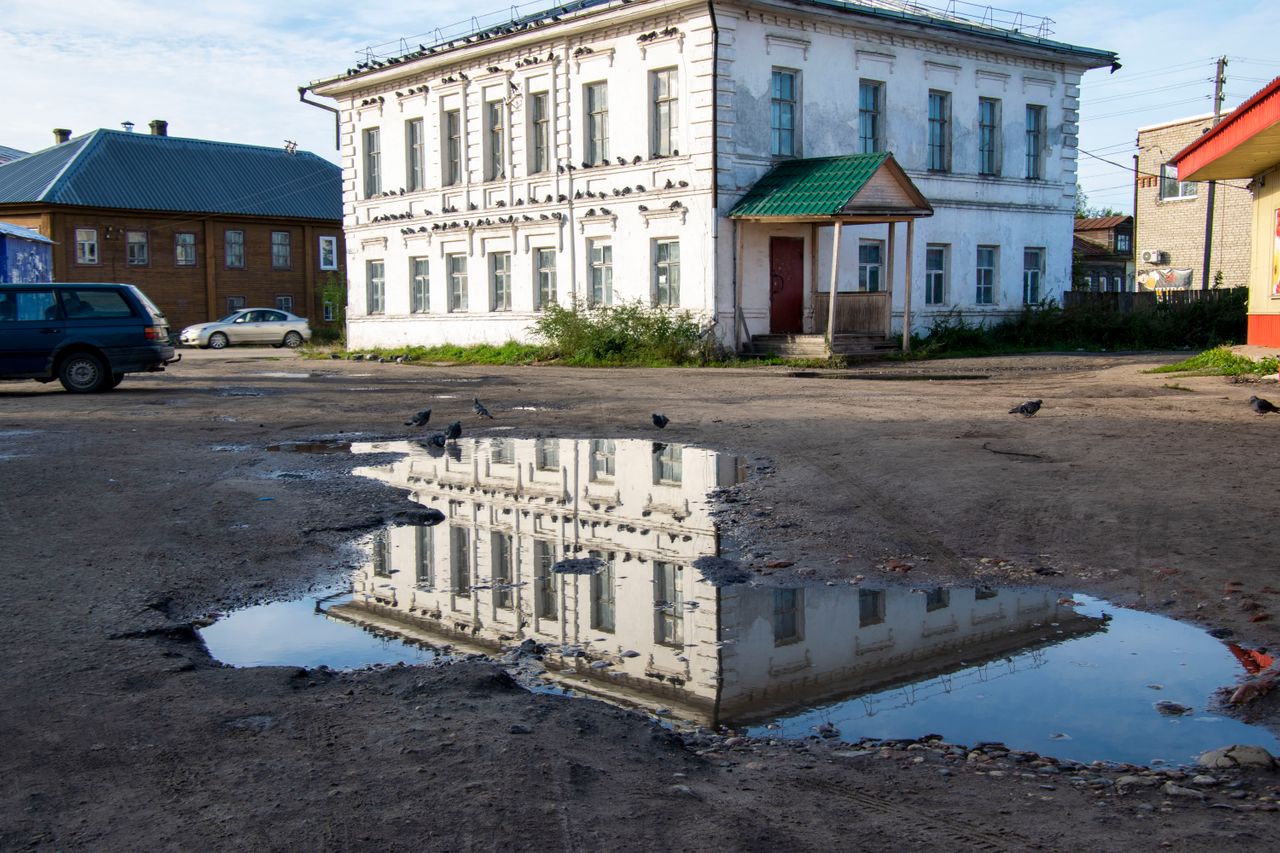 When I took this photo, I thought that he would participate in the task Splitting and Window, but I did not have the opportunity to sit down at the computer, so the caught reflection of the house in a puddle was useful to me in this task.
This house stands on the central square of the small provincial town of Makaryev. This building was built in the 19th century and the then mayor lived in it.
Makaryev is a very old town. There are a lot of old houses in it, most of them are one-story and they are built of wood.

There are a lot of pigeons living on the square. I took my walk in the morning when the townspeople were still sleeping in their warm beds and the pigeons were also snuggled up on the wall of the house. Some birds washed in a large puddle, of which there were a lot on the square. It was raining the day before, asphalt in this city is not on all roads, and where it is, it is of very poor quality. So we can catch a lot of reflections! 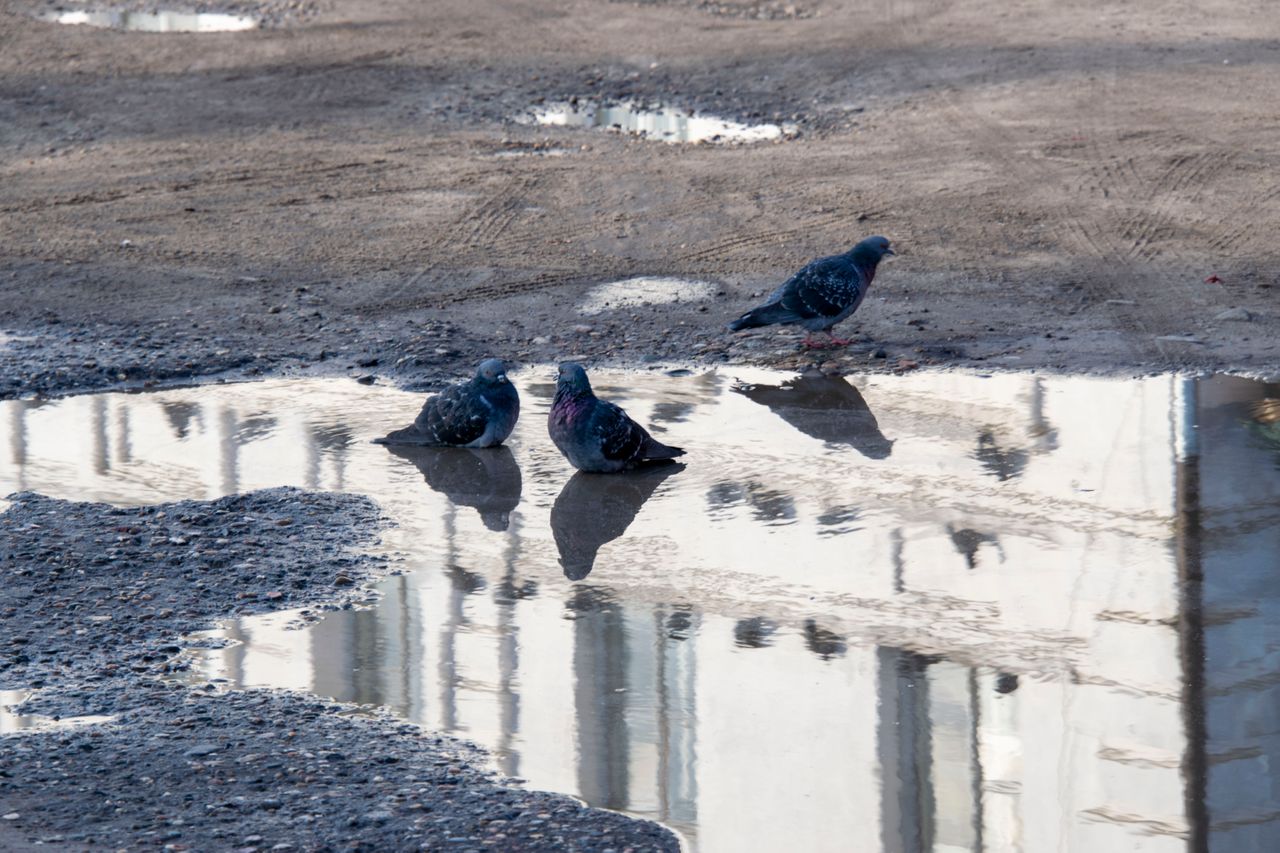 Which photo should I choose for the contest? I decided that the main word for the next stage of the challenge will be a pigeon, so I use a photo with birds washing in a puddle of a larger format, but with a white color. 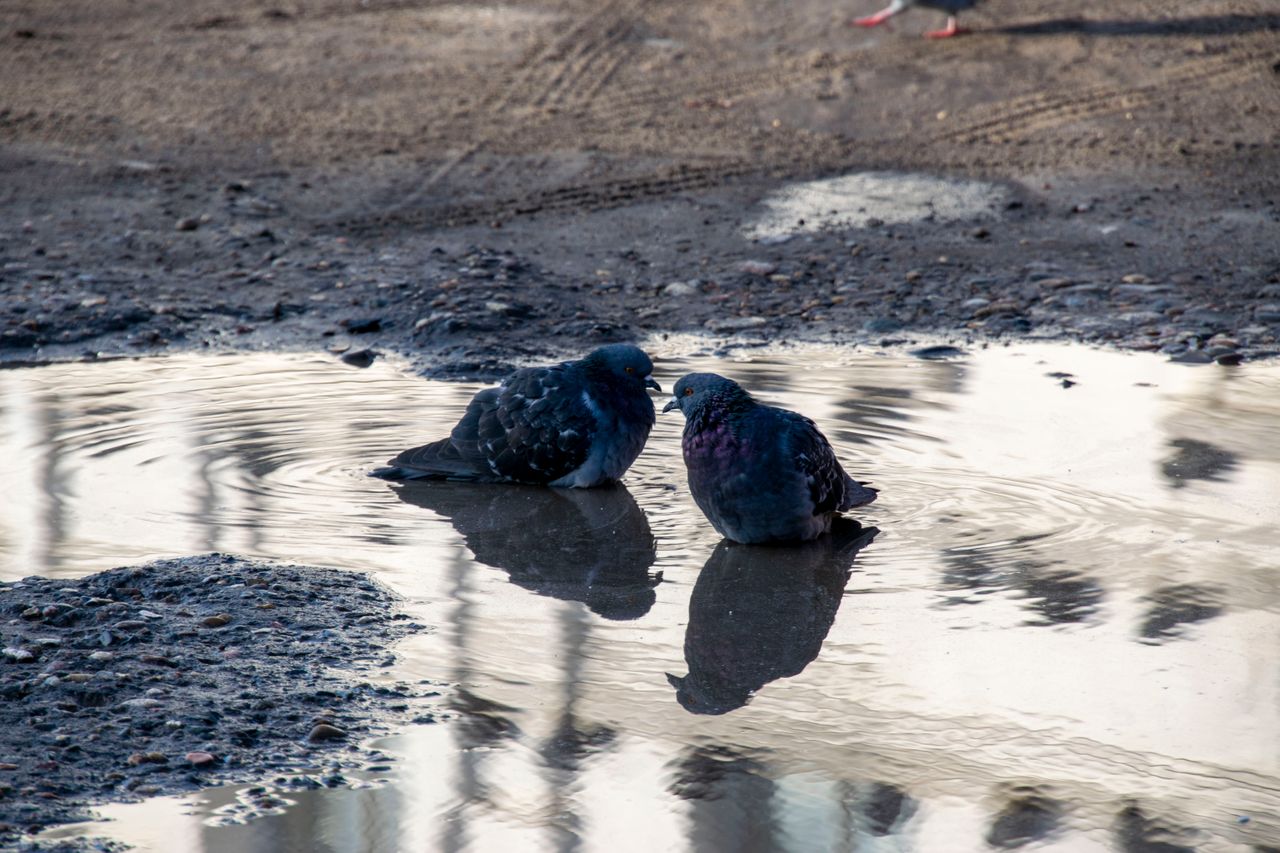 In case of my victory, I want to name the key word - PIGEON.


I hope that I managed to successfully fit into the challenge this week. I wish you all good luck. 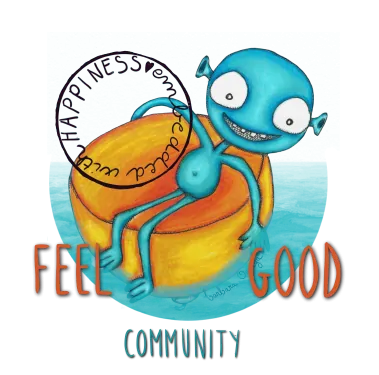