It has been quite a long time since I went out of my house into the real world. By that, I mean for the last few months, I have not really been keen on keeping in touch with my friends about how I have been or how life has been treating them. These days I spend most of my time reading, watching tv shows, playing with my nephews and nieces, and working in the garden. Planting new seeds, Ripping weeds, spraying insecticides, and all that. Throughout my life, I was never that guy who could stay at home and spend his days being busy with stuff that, to him, is very bland In nature. Even to me, this kind of behavior is very unique. In retrospect, I always was and still am an adrenaline junkie, searching for cheap thrills wherever I could find. So, to my peers, this sudden change in my lifestyle seemed very absurd, as it should. And they, too, in no way were reluctant to let me know what my lack of presence was making them feel like.

I am what one might refer to as a textbook definition of a toxic wannabe chauvinist. Besides that, I am someone who knows all the secret places of the city I live in, every shortcut that leads to unsavory places awaiting only to offer a chance at fulfilling the innate darkest of desires. It was the result of a long time run with the wrong crew. For a long time, I was a part of what one might even refer to as a cult. The membership was very exclusive as it had to be earned.

The initiation was an effortless process. Drink some disgusting slimy liquids, do some drugs, go to a few places, and you are a part of the brotherhood. As an identification badge, I was given a wristband that glows in the dark with a black raven embossed in it. As you climb up through the ranks towards becoming an elite, the final wristband was of a falcon. Both metaphorically and literally, it meant how that was the highest peak. You get access to things, get to do stuff that is as wild as you can think about. And to earn my falcon, I needed not much time.

When I left the club room to go to my home that afternoon, it started to rain without the slightest notice. Droplets were hitting my face as hard as if bbs were being fired from a shotgun. Who could have guessed that such a beautiful summer day with a deep shade of blue in the sky could change so quickly? And coincidentally, I chose not to wear a helmet when I went out that day.

The visibility gradually became more impoverished due to the heavy downpour. But I still kept riding my bike at quite a moderate speed. As the thrill generated from a solid high and mixed with the adrenaline of taking risks, the revs were getting ever so euphoric.

The short-lived high ended when suddenly she jumped in front of the bike from seemingly out of nowhere. When My brain realized that I couldn't possibly maintain the bike's balance anymore, time had slowed down. In slow motion, as it slowly lost its perpendicular position and I tried to avoid hitting her, while turning sideways and the front tire wobbled out of control, for a split second, I clearly remember looking at her as I fell, to see her eyes not even flinch and like a laser that guides the missile tracking my downfall all the way to when the crash ended with me lying flat on the ground.
The street was awfully empty. It wasn't surprising as this part of the city wakes up only deep in the night. When I stood up while everything kept hurting, I looked back and saw her standing at the exact same spot as she was before. Even from afar, I could see her shiver a bit as summer rain tends to be cold.

The bike quite vigorously had smashed into the divider right before when I had let go of it. So I could picture the damage to be substantial. The usual scenario would have been me beating the shit out of the person who was the reason behind damaging my precious, but the drizzle and the fleeting high had kept me relatively calm. So, instead of checking on it, I decided to check on her to see if she was okay.

Wearing white in the rain is not a good idea. As the clothes get soaked and tend to behave like spandex, it stops serving the purpose it was intended to provide. I could see her physique in all its elegance. But it was no time to savor the beauty the opposite gender offers as I already had sensed something was off about this whole situation. The way she had jumped in front of my bike, I think her intention was to hurt herself, perhaps even suicidal.

Are you all right? I shouted as I walked towards her. Mam, is everything okay? I yelled even louder. But she remained unphased. In a last-ditch effort, I grabbed her shoulder, and while being as gentle as possible, I pivoted her towards me. Even amidst the heavy downpour, I could see tears coming out of her red eyes only to get irreversibly lost in the rain. In haste, she started moving her fingers, touching her face here and there in a manner that, at first glance, seemed to be random gestures in a hazy freakout. And then I realized she was talking in signs.

At a later point, her brother had contacted me and thanked me for doing whatever I had done that day. He also had let me know why she had done what she did that day. Well, not that any of that matters, or never will they ever again. But for me, it had caused a pivotal change in my psyche. That's why nowadays, I don't go out anymore. Besides reading, gardening, and playing with the kids, I'm also learning how to sign. So that when we are together for the rest of eternity, she doesn't need to write every time she wants to say something to me. . So that whenever she decides to do something that I do not like, I can just say, I love you more than you can imagine. And she never jumps in front of another moving object ever again. 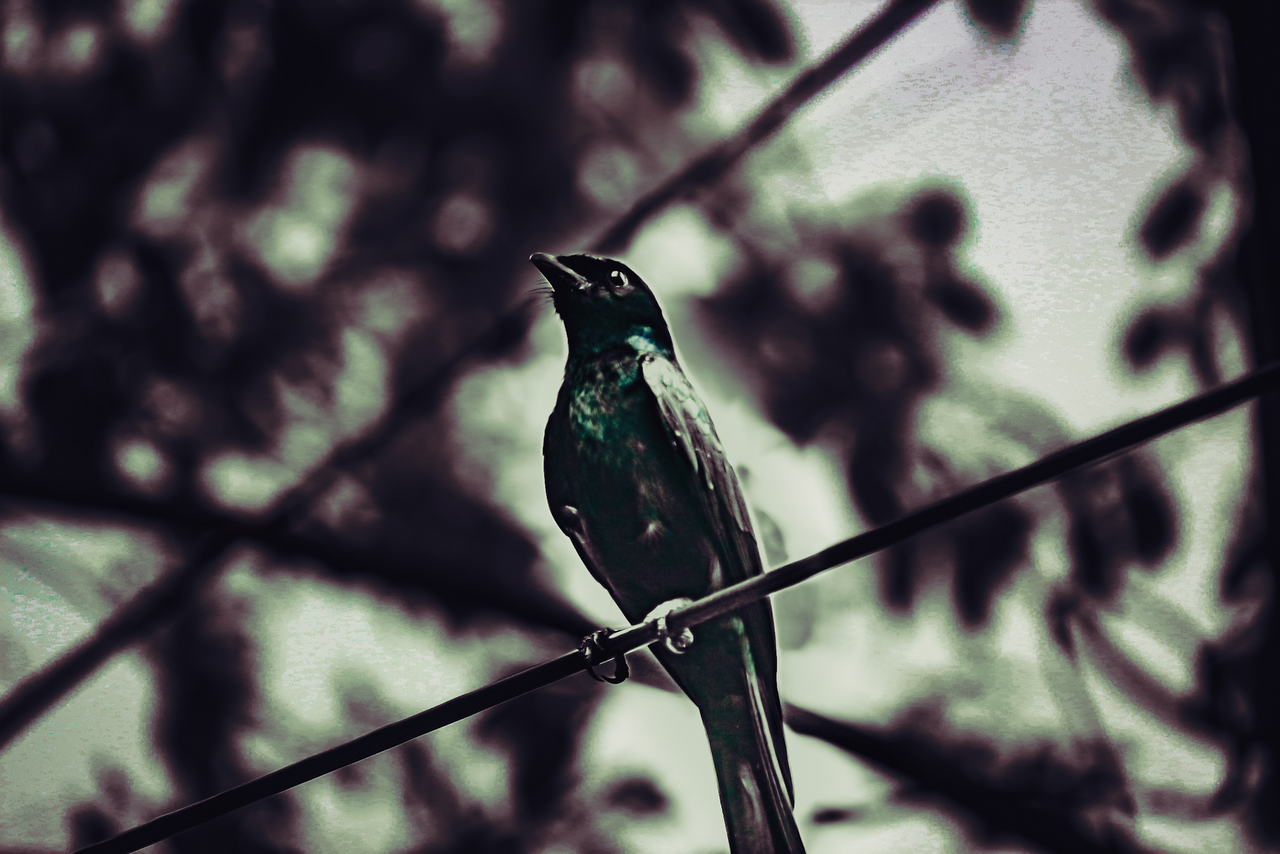