I brushed off the noise that pulled me out of my current state. It's my understanding that people usually knock on the doors - not windows. They choose to tap on the glass unless knocking on the front door had been a fruitless effort. Probably it was just a tree branch that's making that noise.

Choosing to ignore it the second time

I have been mindlessly fidgeting my pen between my two fingers. Some may think I'm deep in thoughts and some may say that I have fallen asleep or spaced out.

Both speculations can be true.

I have been thinking but not so deep in thoughts; half submerged in countless meaningless thoughts of unimportant things and spaced out in the process so much so that I forget what I was thinking about as soon as I jump on to the next topic. Strange, this doesn't happen all the time, not even most of the time - rarely, an extremely rare occurrence. Anyway, what was I thinking about? Ahh, I was thinking about the... Never mind. This sounds like a bunch of nuances. 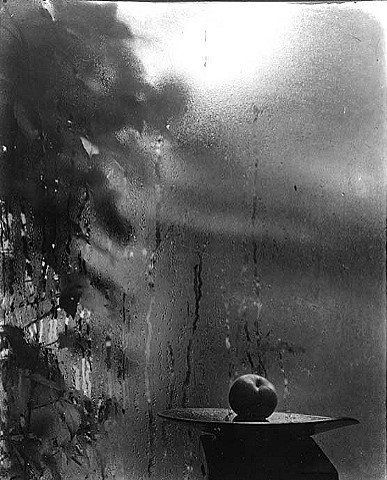 You can't really blame me for being so absent-minded. Although it is a very beautiful day, yet a boring day nonetheless so my behavior is completely justified. It's a gloomy rainy day, a bit chilly. The rain has been pouring since last night and the front yard is just as muddied as the backyard. If I go out and stand there, my feet will be submerged in the mud little over my ankle. No, I won't be digging my feet in that mud, not today at least.

For some reason, I didn't switch on the light in this room. The dark and the soft light have a bit of an aesthetic vibe which is setting me in a very relaxed mood but also got me thinking.

My brows furrowed but I remain still in my position. Someone has to be dumb enough to get out when it's raining cats and dogs - on top of that tapping on the window instead of pushing the doorbell. And then, there was nothing but the howling wind and the crazy downpour. No other sound - with that I went back to do my thing.

There it is again. I let out a frustrated grunt and another thought plagued my mind - what if someone is knocking out of desperation? I started to look out the windows; every window at every corner of the house, starting with the one in the study room where I'm not. Nothing. There is no one. I went through one window after the other and came up blank. Someone is playing a crappy joke, I said to myself.

A cup of coffee seemed like a nice idea at the time and brew a strong one for me. As I am walking back towards the study, I notice a shadow peering through the window nearby the backyard door that looked like a cloaked figure. Even though it surprised me for a moment, I quickly gather my bearings, put my coffee mug on the countertop, and make my way over there. I wonder who that could be in this ungodly weather.

Could the person on that end see me walking towards him - that doesn't sound possible, with this much rain, dark inside my house, and the fogged glass. The shadow remains unmoving as I grew closer to it. "Hello" I ask. But it didn't reply. "Who is it over there?' - I ask again, and again the silence replied to me. The shadow looks even more clearly now but I can't make out a face yet - as if the whole person shrunk inside to remain unseen. I clear the fog on the window panes with my palm and I'm met with the most horrible sight I have encountered.

A pair of blood-red eyes, with golden rings outside the black orbs.