For in the cave they found... 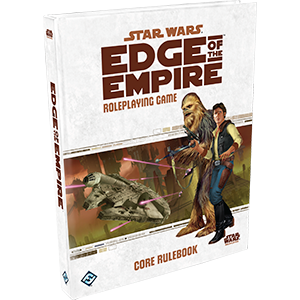 So my game takes place about two years after the events of Episode VI - Return of the Jedi. The players start off in an Imperial prison that is operated and maintained by droids. They are rescued and join the Gorekatz Mercenary Company. The Gorekatz have been hired to hunt down Imperial remnants in the Centrality Sector.

Amy, the Twi'lek Enforcer of the fearsome fist. Amy is new to the group and has yet to distinguish herself yet. She is scary and uses the punches.

Kara Wren, an Alderaanian human who was only suppose to have a two week sentence but served over 7 years. She is now a crazed Heavy gunner who's weapon has a droid brain named Grayson. Grayson's business is killing, Grayson's hobbies include blasting, shooting, maiming, and also killing.

Dong Rohan, a Zabrak Demolitionist and hacker with the alias Hackmysack69. He makes things, he breaks things, and caused a rather funny hacking incident.

Grug, a Trandoshan Marauder with vibrosword named Vibro J Fox. Grug has tallied many points for the score keeper. During the rather funny hacking incident he managed to acquire enough Wookie scalps to make a vest.

"Dr." Pun Bizloo, a Toydarian Doctor who was imprisoned for making and keeping his clients sick to make more money. He also really likes Det-tape, more on that later.

Finally, Zen Crollast, a basic Mandalorian Mercenary Soldier. Very basic, the most basic. He is the human fighter of the group. But damn if he doesn't do an amazing job in combat. Outside of combat, not so much.

Now that you know the team and bit of background, on to the story.

Having just completed the rather funny hacking incident, our team head out on their next mission. The new mission, head to the planet Rafa V and find a hidden Imperial research base. As they approach the planet, the pilot comments on how strange it is that the planet is devoid of comms traffic.

So they hit the upper atmosphere and, BOOM!, all the electronics go out. They crash on the planet damaging the underside of the ship and losing all of their hyperdrive fuel. So as they get out of the ship, they notice these dust plumes on the horizon. Oh joy, the local raider have come to pick over the corpse of the latest crashed ship.

So these Mad Max rejects jump off there ramshackle buggies and charge them... with spears. Now my players laugh and they are right to do so. The "fight" is incredibly one-sided. Grug manages to decapitate about half and Kara and Grayson manage to use saturation fire to take care of most of the others. Dong takes one of them alive to get some answers.

So the captured raider, who is now named Lizard, tells them that "THE SUN KILLS!" and "PURGE THE WEAK!" and "ONLY THE STRONG SURVIVE!". Lizard and the other feral raiders have been eating the local desert creatures uncooked. Most of these creatures contain an almost lethal amount of DMT. So they stuff him in a bacta tank to detox and heal. Meanwhile the crew has assessed the damage to the ship and need to find a safe place to repair it.

After repairing the ship sensors, the find a cave a few kilometers north of their position. So while the ship's crew is fixing the repulsors to get the ship at least capable of planetary flight, the team head north to secure the cave. After marching the desert heat for a few hours they approach the cave.

Cracking a glowstick, Dong tosses it into the cave, only to have it hit the cave's sole inhabitant. This awakens the most feared apex predator of Rafa V, a creature so powerful that Lizard's gang was named for it. For in the cave they found... a white gazebo! 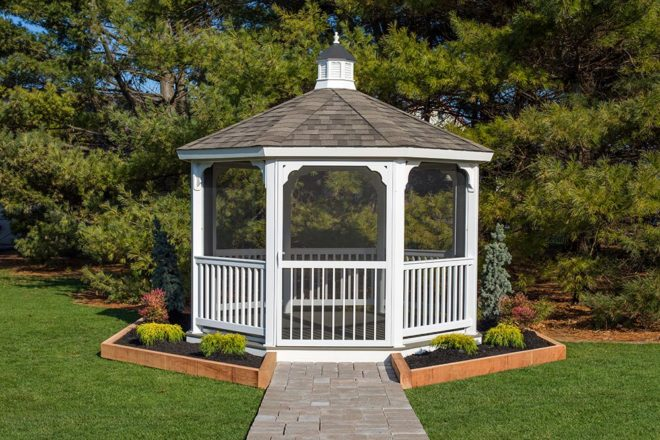 Yep that's right, they found a gazebo. Now I can hear some of you laughing, and the rest of you are confused. "What's so dangerous about a gazebo?" I'm glad you asked.

You see, Rafa V was home to these crystal orchards. These crystal tree would drain the life force of the living and grow a life crystal "fruit", that when keep close to the body would promote good health and long life. There was an event that happened and destroy the trees a few years ago, but they had already adapted to a new way of getting the energy they need. The trees grew together and in the shape of a stately outdoor weather shelters. Animals and sentients would take refuge under their non-threating awnings and the gazebo would feast their life force like a crystalline Venus flytrap.

So back to the team. The cave is big enough for the ship, but they have to remove the gazebo first. So Dong goes in with a plasma torch to cut in up. Now, just because the gazebo is stationary, doesn't mean it can't attack. So it uses it's "Gazebo Power" to knock Dong back several meters and wounds him severely. Now having seen this, Dr. Pun decides the best course of action is to use det-tape.

Now the team loves det-tape, because it is cheap, easy to use, and has been used to great success in the past. Its basically a roll of Duct Tape that explodes. So Pun uses his go to method for setting up the bomb. He takes a stun grenade and shoves in the middle of the roll of det-tape. Now a roll of det-tape is 50 charges of explosive, so this is about to be a big boom moment.

He passes his check to make the bomb, and all he has to do is throw is a couple of meters and hit the gazebo. He rolls and fails the check. So begs me to let him spend a Destiny Point to reroll, I say yes because we are having fun and I want to see what happens. He rolls again and gets a critical failure. So this is what happens.

"Pun you have successfully made the bomb, but as you go to throw it, it sticks to your hand. As you try to remove it, the grenade goes off. This not only sets off the roll in your hand, but the other NINE rolls in your bag. Everyone is knock back by the massive explosion.

When the dust settles from the explosion, then cave entrance is now wide enough for the ship and then some. The gazebo is no more, only a patch of blacken obsidian remains of where is once stood.

Pun lies on the ground, his body burned and blackened. Unbelievably, his chest still slowly rises and falls. There is just a charred stump were his left hand once was. One of you best call the ship and get him in the bacta tank as soon as possible."

Now I know I should have just killed him, but its often funnier to let them live. His only real punishment was he had to sit out a session while healing, which worked out because he was gone the next week. Pun eventually woke up and now has a fancy cybernetic hand, which has a tool kit in it for making bombs. Some players never learn.

So what fun do you get up to at your table? Is your DM a tyrant or a pushover? Who's that one player who has the bomb, but shouldn't. Let me know in the comments. Happy gaming!