It's #beersaturday again!
What would we, beer drinkers and hell raisers (kudos to ZZ Top), do without this event?? We should have invented it! :) 😁

Anyway, summer is (supposedly) over, school and intensive work have started here. Ugh, how I'm going to miss this summer cheerfulness in a week or two... and a cold beer on the beach ... I have two bottles of beer, one English and one Italian, which I will now be happy to empty and report back on what this is all about.
Btw: in the picture above, it looks like one is a big beer, the other a small one. But that's deceptive, one is big (0.5l), and the other is even bigger ... :)

At first, one with less alcohol. The beer is dark orange in color and the head is average. The smell of fresh hops. The sip goes down the throat smoothly, the bitterness of the hops is immediately present and predominant, and the malt is in the background and almost not perceptible.

I can discreetly taste grapefruit which makes it even more bitter, but no other citrus either. There's only bitterness in the aftertaste, and I don't know whether it's from the hops or the grapefruit. 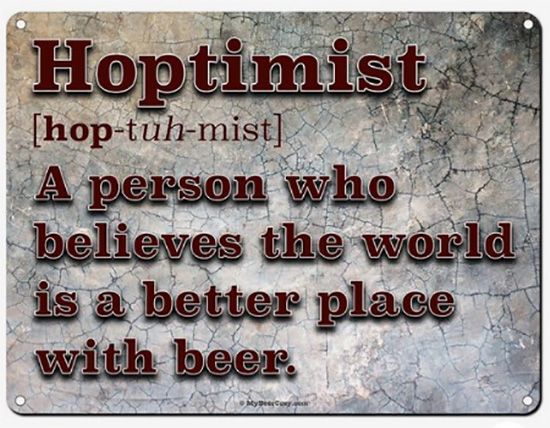 Brewed by Haineken Italy, Sesto San Giovanni, Lombardia, Italy. Bottle, 0.66 l, alcohol 4.7% ABV.
It's lager beer and I find out that Anton Dreher, Austrian brewer, magnate and philanthropist, founder of Dreher breweries in Budapest, Hungary, has an important role in the development of pale lager, nowadays the standard lager beer all around the world. This brewing method spread rapidly across Central Europe in the 19th century and we now have many variants of this lager, especially in Hungary, which is now owned by Asahi Breweries, a global Japanese beverage and food corporation.
Even the Italian brewery (now owned by Heineken) from which this beer comes, brews it this way.
In short, beer production is truly global ...

And what do the Master Brewers say?

We who love the sun take its strength and energy to make our beer. Dreher, beer made with the sun. The beer is clear, yellow in color, and the head is big but dries quickly. It has no particular smell.
The first sip goes down the throat smoothly, I can taste the bitterness of the hops in the mouth but very discreetly. Just as malty, and very discreet, I did not detect any other aromas or flavors. There is a little bitterness in the aftertaste which quickly disappears. Fresh and cold, drinkable, but nothing special. An average industrial lager, I would even say a bit watery.

I don't think I could drink any more of them, but if you want to know what an industrial global lager is, without smell and taste, this is it.
It won't end up in my fridge, that's for sure ...

And what am I listening to as I write this?
Something from my last #newtunes post.
The American version of the North African desert blues.