Thank god is #beersaturday time!
After a hard-working week, bombarded with Delta variant news every 10 minutes on all national media portals, which are putting into the ether much bigger numbers than in the spring, as well as heavy lunatics, Luddites, and fools explaining to me that I got nano 5g chips in my blood as vaccination and that now there will be an Internet of bodies (not things)! Jesus!

Well, that's not a bad idea for me. The connections will be more stable, hehe.

But, to continue, nothing good. Both my children, one in middle school and one in the last year of primary school, were in school for two days when it opened and now they are both at home quite sick, coughing and sneezing with high fevers :(
Tests are all negative ... my wife is also coughing a bit ... otherwise we are both vaccinated ... I am fine as far as I can tell ...

Well, now that I've cried here, I feel better :)
I've retreated to my peace and there are two beers in front of me, which I'm going to taste no matter what. 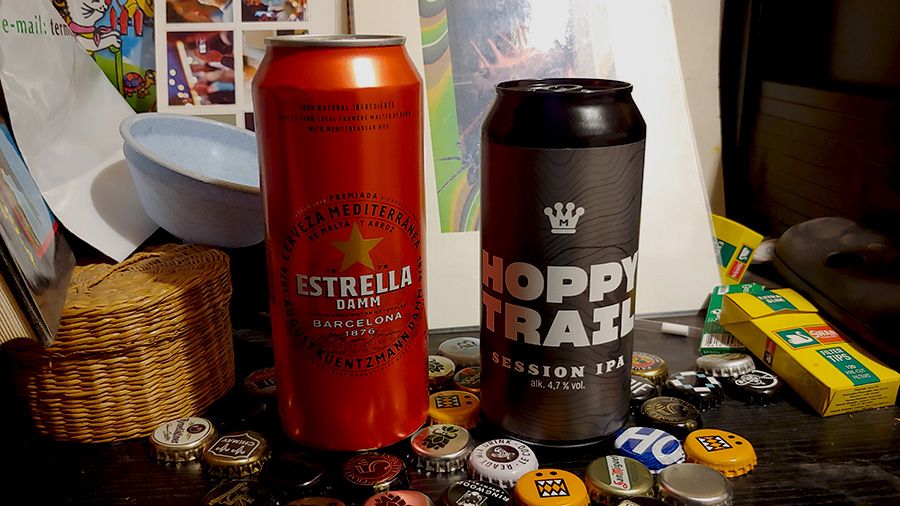 If I can still taste and smell, or so they say, I'm probably not infected. So, let's taste :) 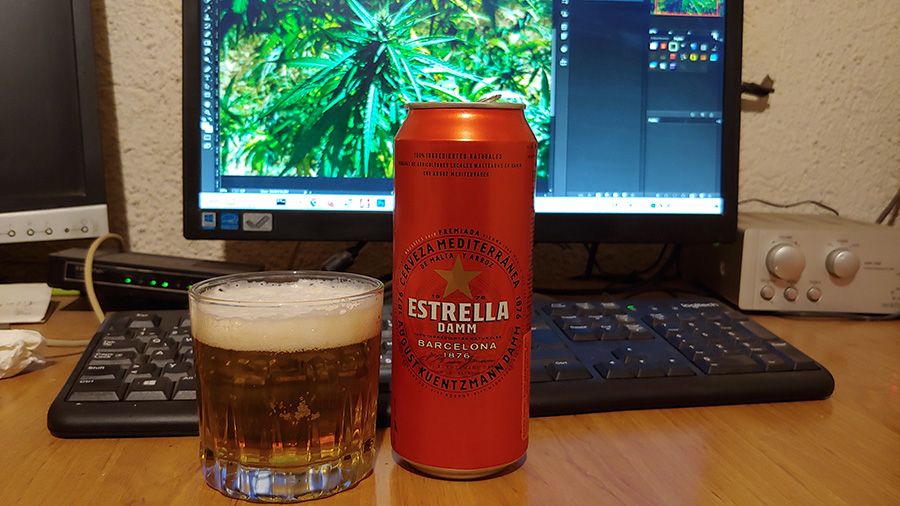 Brewed by commercial brewery Grupo Damm, Barcelona, Catalonia, Spain. I had to mention Catalonia, you know why :)
Can, 0.5 l, alcohol 4.6% ABV.
Named after the founder of the company, Alsatian August Kuentzmann Damm.
This beer is, so they say, the jewel of more than a century of brewing. I like the addition of the name Cerveza Mediterranea which just cries out for summer, heat, and cool, refreshing beer.

btw: There's a nice plant in the background, I'm also editing the photos for the next #Hive posts :) 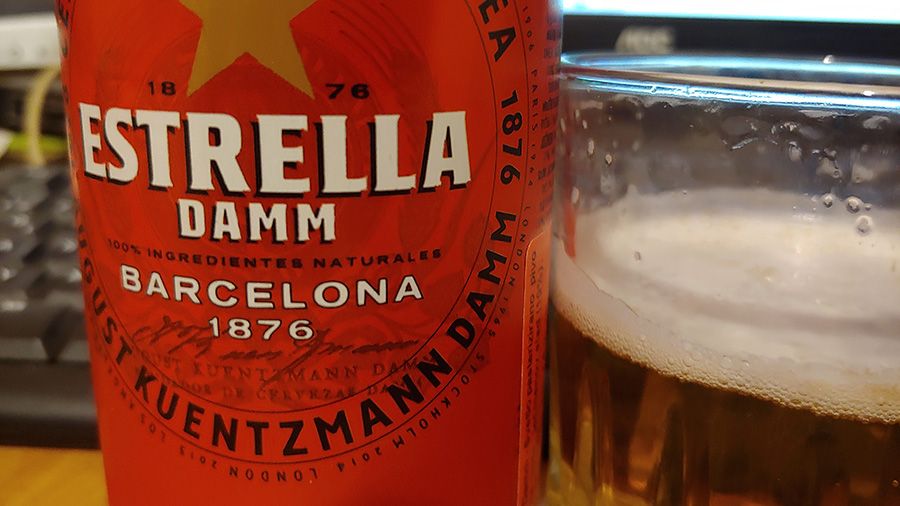 The beer is clear yellow in color, the head is average, and disappears quickly. The first sip is tasty, without any particular smell, it flows smoothly down the throat, has some lager-style bitterness, and stays in the mouth for a while.

It is drinkable and refreshing when cold, a conventional lager from a large commercial brewery, but not bad at all, and up there with all the big names like Heineken, Tuborg, Budweiser, and the like.
Especially in summer, on the Mediterranean :)

One beer meme before the next beer! 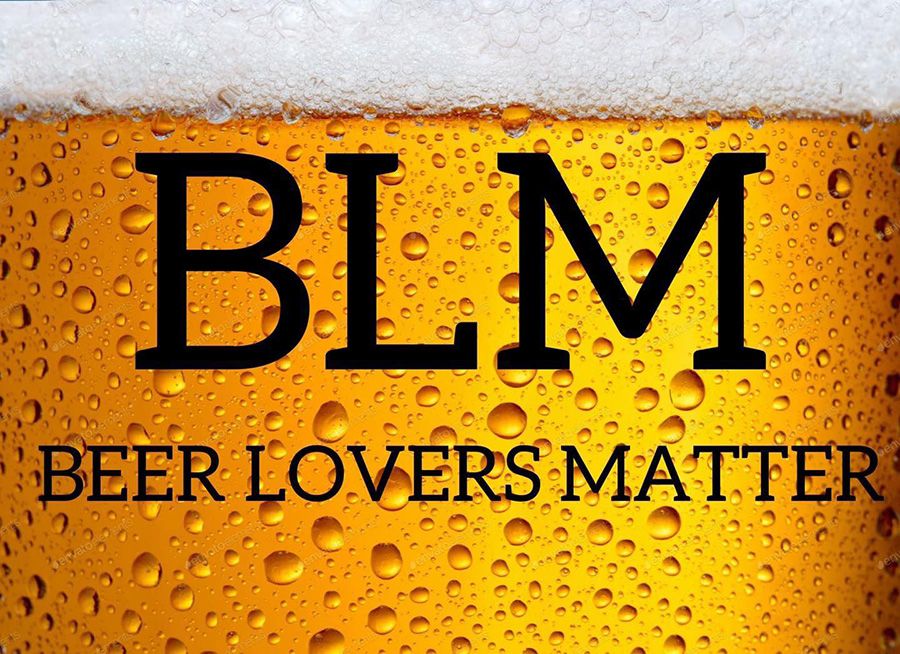 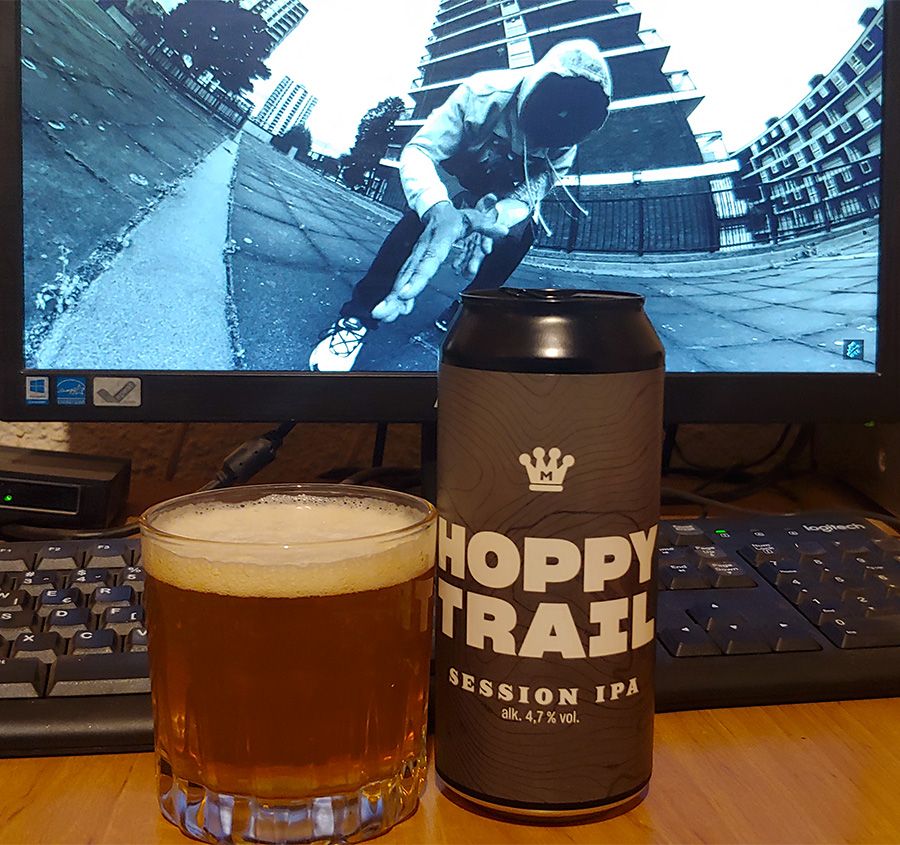 Brewed by family brewery Kralj Matjaž, Novo Mesto, Slovenija.
Can, 0.44 l, alcohol 4.7% ABV.
Basically, this family is more into pizzas if you look at their website. They also brew a little beer. For this beer they say:

Refreshing, light, with a little less alcohol and so much more fruity taste. This Session IPA will be the ideal reward for all the miles walking and running on the trails.

Sure. If I go on any trail in the area it's at least 10 to 20 kilometers or even more of walking, running, or cycling through the woods or over the hills. And who won't drink beer after such activity? Show me it. 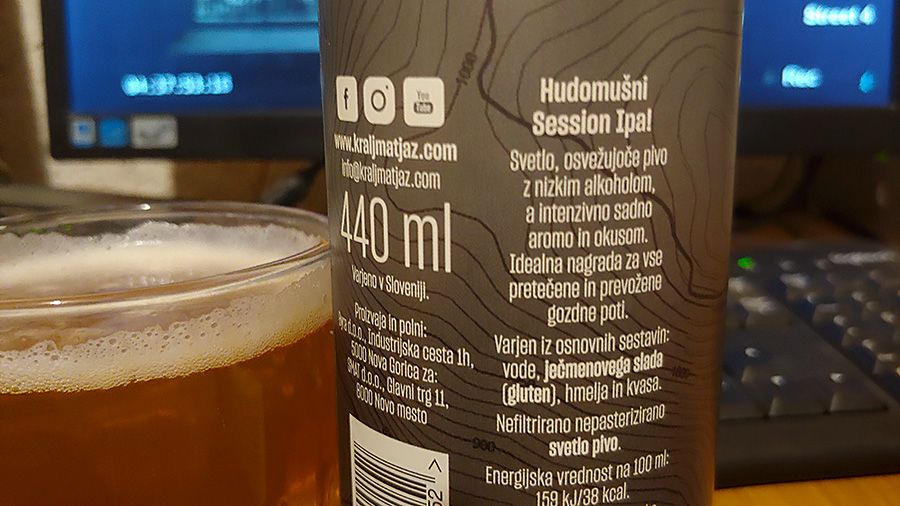 Golden color with a small head that stays. Already at the first sip, I smelled the pleasant smell of citrus that accompanied the solid bitterness of the hops. Very harmonious fruity note with hops and malt.

This beer works very fresh and drinkable. I have to admit I was surprised, given that pizza is their main activity. Which would be nice to have in the fridge.

And what do I listen to as I write this?

Something from my last #newtunes post. It is basically a trailer for a documentary about the rock band Led Zeppelin, which is currently being screened at the Venice Film Festival.
A little advertising, I think they deserve it. 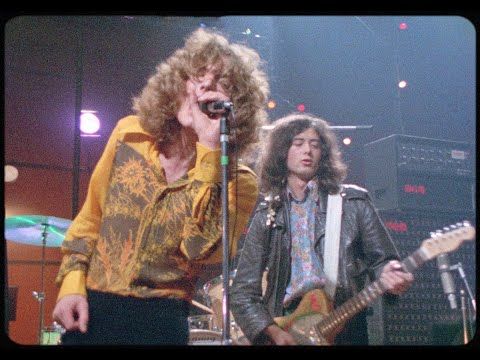 Take a look into Beer Community
if you want to read more Beer adventures.
And if you want to share your beer experience,
send the story to the Hive BeerSaturday challenge for fun.
BEER token is ready for you, too :)
The BEER token is now listed at coins aka coinpaprika AND can be traded as well on the Exchange cryptex24.io for BTC, USDX the internal Cryptex 24 token called "C24" token.
Thanks, @detlev who started all this!

That would be it, for today. I hope your #beersaturday was enjoyable too.