I know this brewery from the times when it was not licensed yet and was not built at all. I even got some questions about the whole licensing activities and some tricks about the building activities by people who were working on this brewery. I haven’t visited this place, although it’s just 20 kilometers away from my home. As far as I know, the brewery is in a garage in a village near my hometown and it has just the least hardware needed in order to become a real craft brewery. I have tried the pale ale of this brewery but I really think the beer was old and a little bit unpleasant to brink, so I hope this time it was goons be different. I started with the “dark beer” and hoped this to be a delicious stout. It’s interesting that the three beer doesn’t have exact beer styles, rather than all that was stated on the bottles was “dark beer”, “amber beer” and “pale beer”. I mean… wtf? It’s a craft beer but doesn’t have any specific style. I don’t know if the man brewing this beer isn’t aware about different styles at all, or just he does this for the “auditory” that this beer is supposed to cover. I think the beer is most famous in the villages around the brewery and it’s supposed to be distinguishable only at a local level where people don’t know much about beer styles anyway. To my surprise, beer was not dark at all. I can say it is dark-ish, but nothing close to the dark beer styles. I would say it is a darker amber beer. Not a single taste of dark baked Carafa malts in the glass. I can’t say that I expected much, but we’ll, at least there was supposed to be a deeper almost black color. One other thing… on the label there is statement that this is “live beer” whatever this means. I definitely know that this term comes from the first “different” beers that came to existence in Bulgaria about 10-15 years ago, but this only means that the beer is unfiltered and is supposed to have some residual yeast in the bottle. The name “Triglav” comes from a three peaked mountains near the village and “Triglav” literally means three headed.
The next beer to try was the “amber beer”. It’s color was also nothing that I was expecting. To be honest if this was my beer, I would definitely name it a Pale ale. But this one is amber. Yet, there is a bit of a caramel flavor from a special malts that are used for brewing this beer. I cannot find much hops flavor in both beers at this point. Assuming that these are a lower and cheaper class beers, it’s pretty normal and expected in my opinion. Furthermore the targeted consumer group isn’t very criticizing. I can’t say these beers are unpleasant, but they are definitely far from the leading craft breweries in Bulgaria. For a home brewery they would be pretty good, but I think for a craft brewery, although being very small, there must be better attention to detail. 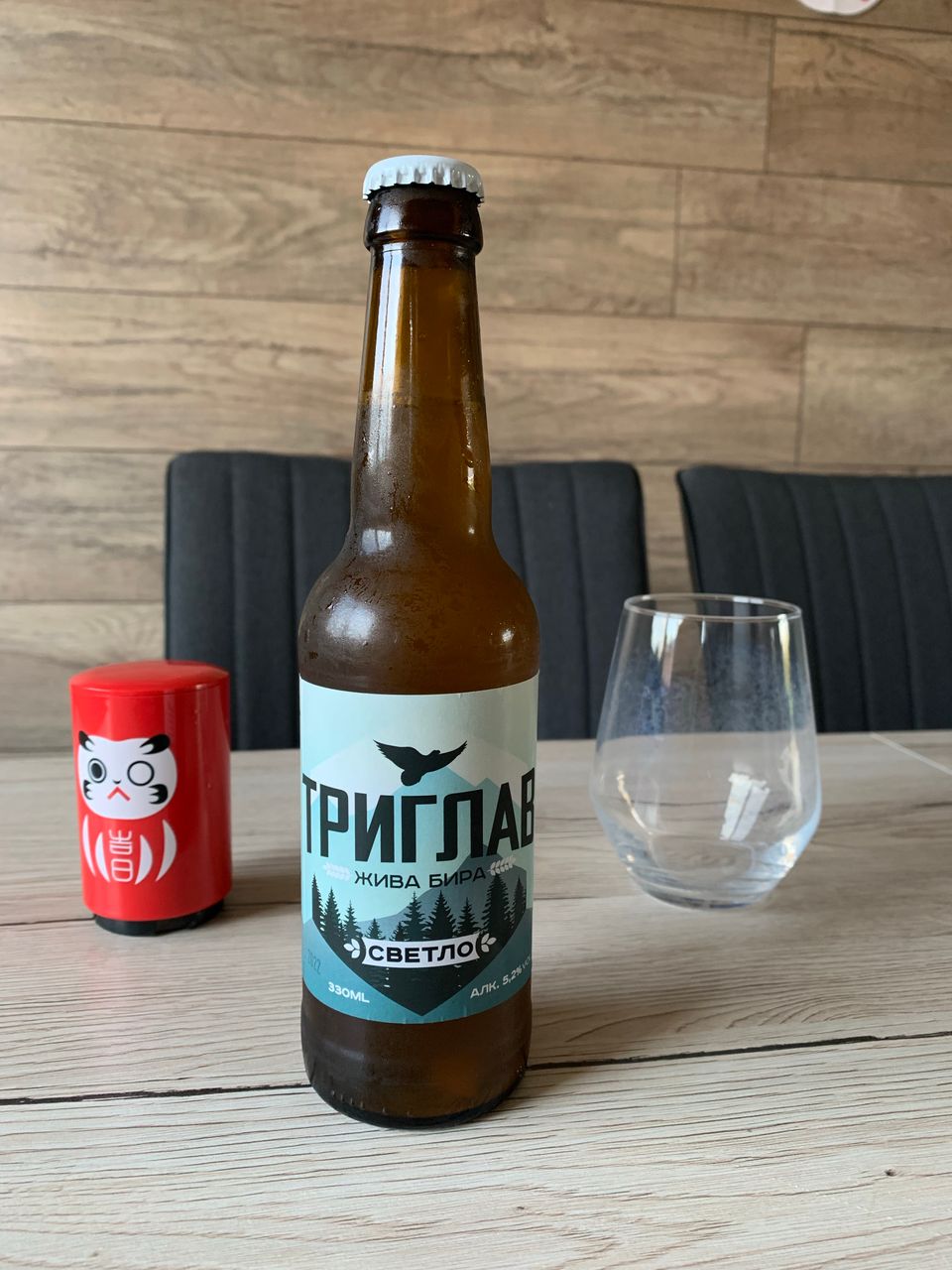 Pale ale was really pale and having in mind that the former two beers were not quite the expected color, I was prepared for that. This was the color of my wheat only beers back in the days when I was brewing my homemade beer. And this one was really fresher than the beer I had before a couple of months when I firstly tried the products of this brewery. All the three were fresh, but lacked a bit of hoppiness and character. Given the fact that these beers were a present to me, they were enjoyable, but these are definitely not the beers that I would buy if I want to enjoy l some craft beer. At least, they were something different to drink alongside the traditional lager beers sold all around the shops.

So, that’s for now, see you soon and have a nice week!
Have fun 😉