A well deserved beer after one heck of a scare... #beersaturday week 214

Hello and happy #beersaturday to all of you.

From ping-pong tables to high speed car rides to A&E, this has been one heck of a weekend!

It all began on friday night, celebrating with the Mrs our 3rd year anniversary. Being the gentleman I am, I decided against taking her to the local micro-pub for a candle-lit stout and a bag of pork scratchings, and instead booked us a table at a swanky cocktail bar called The Alchemist. As the name sugests, this is no ordinary cocktail bar. Here your drinks can bubble, smoke and/or change colour. Fuck, I wouldn't be surprised if they have a cocktail that turns you into a giant blueberry! The bartenders at The Alchemist are absolute wizards and the Mrs and I were not disapointed with any of the cocktails we ordered (and there were quite a few!). The favourites of the night were the Red Dead Zombie, a bubbling, smoking, fruity number, and The Cherry Bomb, a face-twisting sour tipple served with a smokey orb on top. 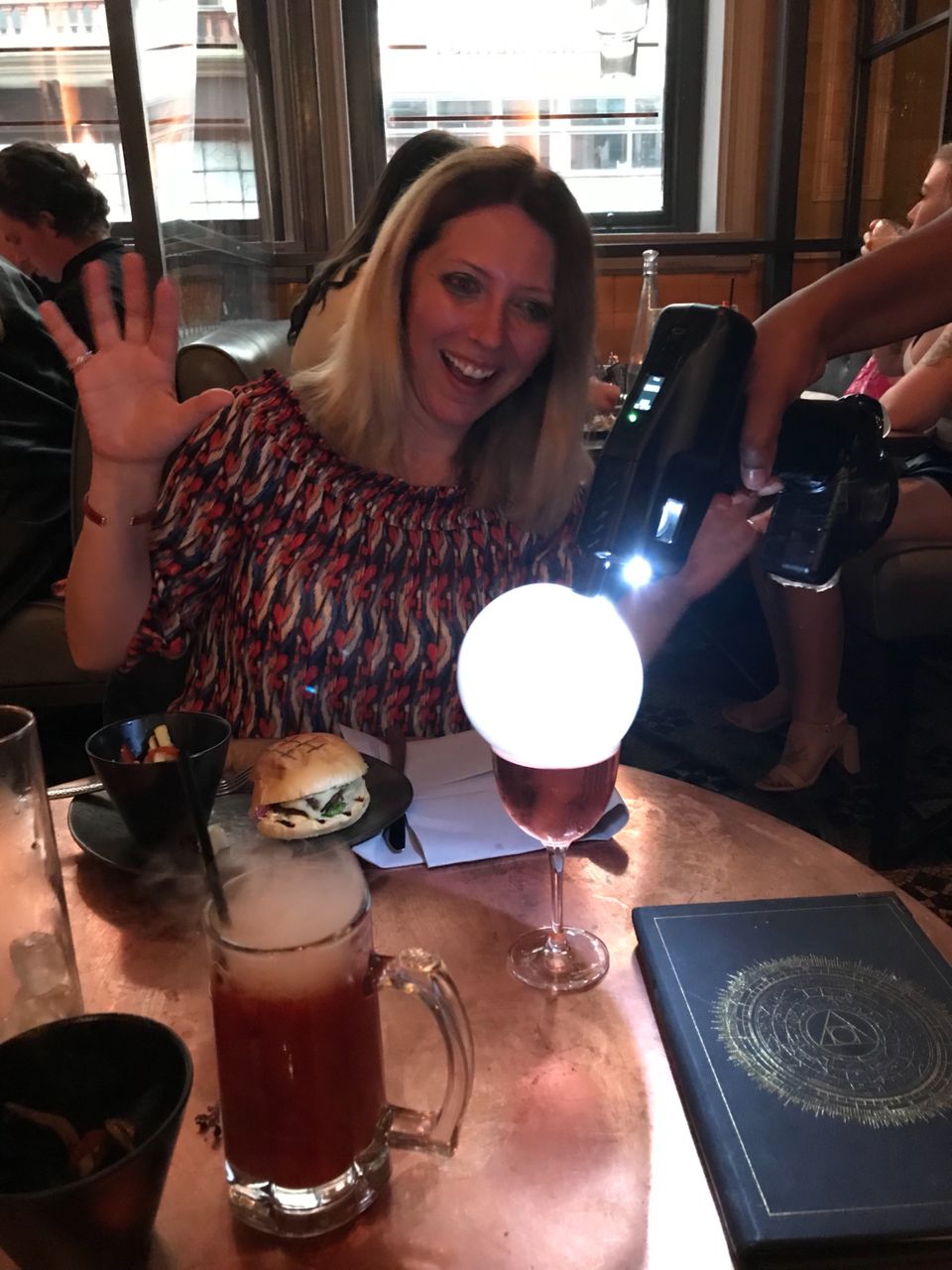 This was a spectacular place to visit and the food wasn’t bad either. Obviously, the cocktails were star of the show but there’s a limit to how many you can drink before ending up a drunken mess.

So, on slightly wobbly legs, me and the Mrs said goodbye to The Alchemist and made our way over to Roxy Ballroom to end the night with the most uncoordinated game of ping-pong anyone has ever seen. As expected, the night was a blast and once home we collapsed into bed and cuddled up before falling into a deep sleep until morning...or at least that was the plan…

It was 02:30 in the morning when my girlfriend woke me up saying how she was struggling to breath, beginning the scariest night I’ve ever had

Long story short, the Mrs had been complaining over the last few days of having heart palpitations and now it appeared her condition had decided to peak. A pointless phonecall to 999 later and we were in my car taking a hasty ride to the hospital, but things were about to go down hill, quickly...

There's nothing more scary than when a person you care deeply about tells you they can't feel the right side of their body. Well, at least I think that's what she said, because at that point her speech had suddenly become slurred. Oh fuck!

My girlfriend works for the NHS as head of research and still takes shifts as a nurse, so when she tells you that she thinks she may be having a stroke you better take that information seriously. As soon as the word "stroke" fumbled from her lips my crappy Vauxhall Astra turned itself into a Bugatti Veyron. Red light, what red light?! Speed camera, never saw it, I'll deal with you in the morning. Screeching to a halt outside of the Accident and Emergency department, I raced inside to get some assistance only to be met by the worlds slowest medic. Now I know they say that things slow down when your adrenelin is pumping but this guy was taking the piss! To me it looked like he plodded out to my car as if he was walking along the beach on a sunday afternoon. "MATE, CAN YOU HURRY UP, I THINK SHE'S HAVING A FUCKING STROKE".

Now here's me thinking thinking this medic was going to rush my girlfriend off to be examined, when in actual fact all he did was help her out of the car and into a wheelchair...Oh, I forgot, he did help me push the chair up over some uneven ground before releiving himself of duty and allowing me to take my stricken girlfriend into reception. "What the fuck is going on here?", I thought as I raced up to the receptionist with my girlfriend quietly crying to me for help. Then, as if I was at a drive-in restuarant, the receptionist slowly asked me what the problem was...As you can imagine, I wanted to drag this lady through the plastic covid screen which separated us, but I knew a certain level of calm was the only way to get some help so I bit my lip and sternly stated that my girlfriend needed urgent attention. Eventually, after what felt like an age, the lady ushered her collegue (Who'd been sat next to her all this time) to come a take my girlfriend through to the examination area. Thank fuck for that!

Due to the current Covid restrictions, this was the last I saw of my girlfriend. The sloth at reception had given me a slip of paper with a phone number on so that I could call to find out how my girlfriend was and what department she was in, but this tiny slip of paper offered little reassurance and after the inaction I had just witnessed I left the A&E reception with dread in my heart. For all I knew my girlfriend had been left in some waiting room with her senses ebing away. All I could do was go back to my car and cry.

…”Hi my love, I’m ok and have the feeling back in my right side now. They’ve given me some diazepam and am going for a scan soon. Go home and I’ll call you soon”.

To say I was relieved to hear this news was an understatement and I thanked my lucky stars things had turned out ok. Later on that morning I returned to the hospital to pick up my girlfriend who looked so tired but was walking and talking normally once again. We shared a big hug and a kiss and after getting back in my car, which had also returned to its former self as a Vauxhall Astra estate, she told me all about what happened after I left her at the hospital in the early hours of the morning.

The doctors at the hospital had come to the surprising conclusion that my girlfriend had suffered an anxiety attack. This diagnosis was done without any proper tests being carried out so obviously we are both very dubious about this theory. My girlfriend isn’t an anxious person and doesn’t really suffer much stress. Nonetheless, if it was caused by an anxiety attack then at least that’s better than it being a mini-stroke. However, it’s better to be safe than sorry and so this morning my girlfriend has been in contact with her local doctor for further investigations. Hopefully, we’ll be able to get to the bottom of what went on but for now we’ll just have to wait and see. Until then, I’ll be sleeping with one eye open and be keeping plenty of fuel in the car.

Time for a well deserved beer, and let’s make it a special one…

The day after all this happened, I made a cheeky visit to my favourite micro-pub, Totally Tapped. After swapping pleasantries with the barkeeper He poured me a fruity little number with a 12% abv! Now, I’m not normally into fruity beers but this example was actually very nice. The high alcohol content was expertly hidden behind a deep but refreshing berry flavour. It’s no a beer I’d go out of my way to drink but I’d happily drink it again. While I sat there pondering how the brewery had managed to disguise all that alcohol, my eyes were drawn to some bottles on top of the fridge. 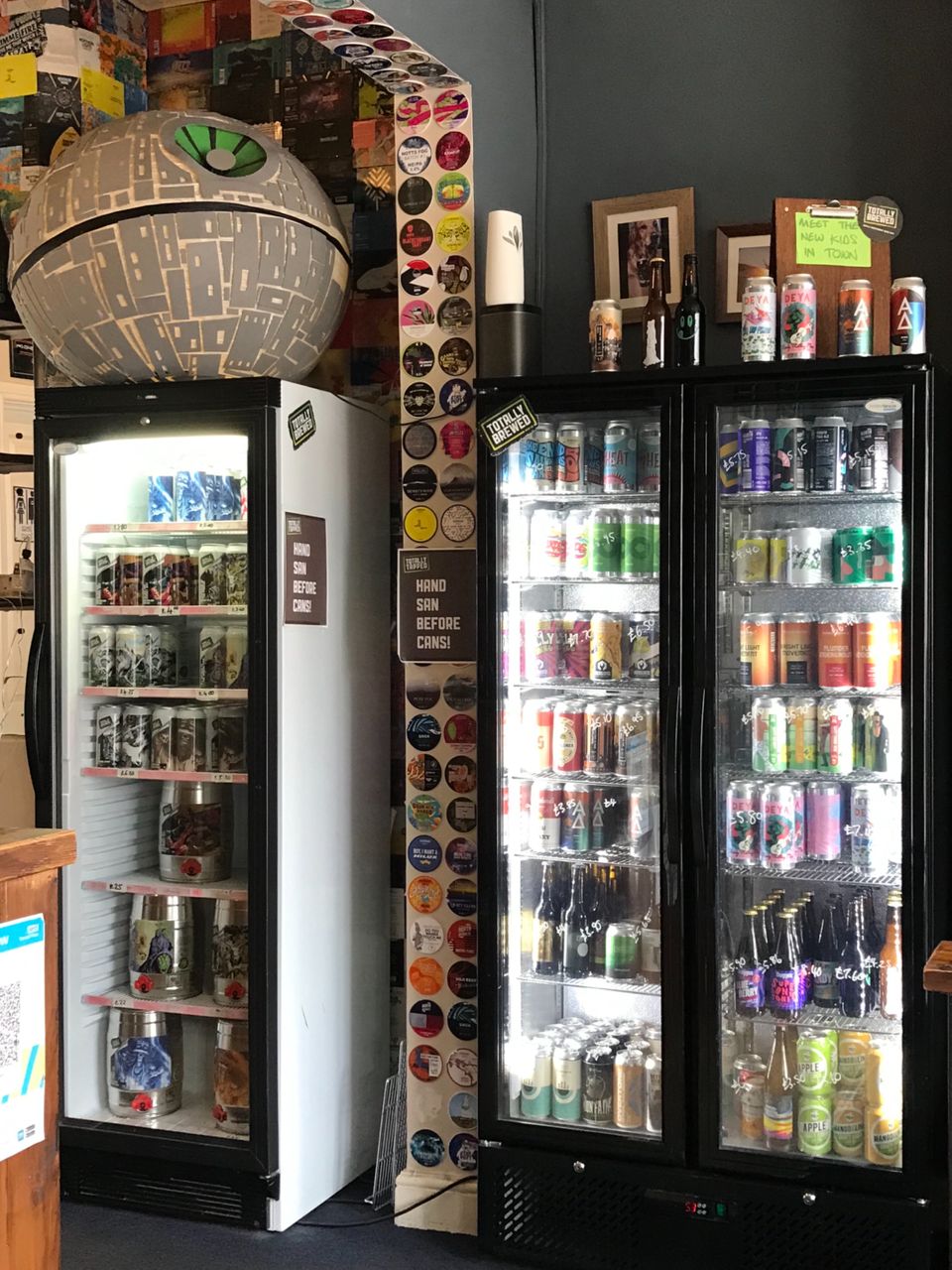 One bottle in particular was literally smiling at me and once my memory spluttered into life and I realised what I was looking at a large grin spontaneously took over my face. OMNIPOLLO! A bucket list beer I’ve been promising myself for some time. Anyone who knows their stouts will have heard about the Omnipollo brewery. These stouts have 5-star reviews and even though the price of a bottle is as insane as the flavours it contains they have no problem selling out wherever they’re sold.

As you can tell, I’m a fan and so much so I totally forgot to take down the name of the fruity beer I wrote about earlier. But hey, the lord giveth and the lord taketh away. And blessed is the lord when he offers the opportunity for me to take away a beautiful bottle of Omnipollo 🙏

In true ritualistic fashion, I waited until the evening when the UFC began on BTsports before opening my prize. And so, with my trusty beer goblet in one hand and bottle of Omnipollo in the other, I ceremoniously poured my first ever bottle of Peacan Mud Stout… What a colour! What a consistently! And the smell, oh what a beautiful aroma! This was serious beer drinking and this was the only beer worthy of ending the weekend I’d experienced.

With an alcohol content of 11% I knew I was in for a flavoursome stout, and I wasn’t disappointed at all. Sweet and sticky with a slightly bitter aftertaste, it was just like tasting a real pecan mud pie. What a gloriously tasty stout. Every mouthful was savoured and the shock of paying £7 for one bottle melted away onto my tastebuds transforming itself into a satisfied smile.

It’s been a weekend of highs and lows and one I’ll never forget. Certainly a weekend worthy of a #beersaturday post!

As is customary with a #beersaturday post, I would like to invite @diabolika to join us next week to write a post about beer with no less than 3 pictures.

Hope you all enjoyed the experience and thank you for joining me. Happy #beersaturday to you all and I wish you all good health and happiness.