I've had this little guy for over a year now and what a character he is: still terrified of other people although he's showing signs of trusting my neighbour: he doesn't run away on sight. He's decimated the skink population in the garden and all I can hope for is that he gets bored of them as he gets older. All the others did eventually. He still has a large appetite for rats, mice and birds. 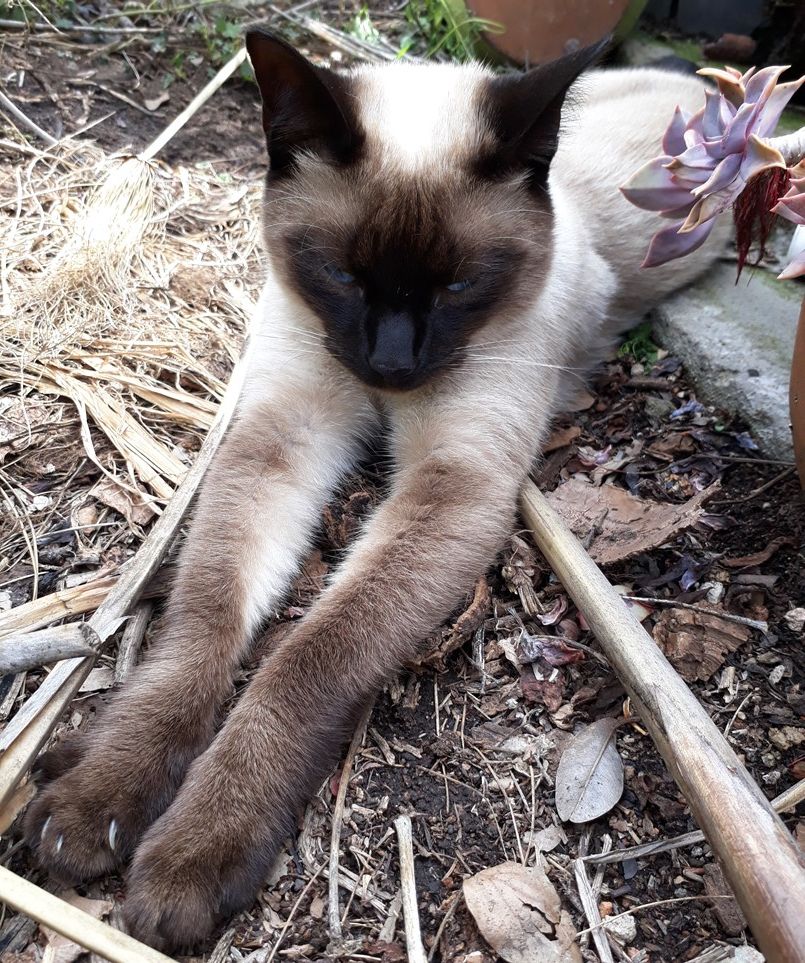 A rare moment of rest...

Tormenting his uncles as usual. He's lucky Toffee is patient and playful 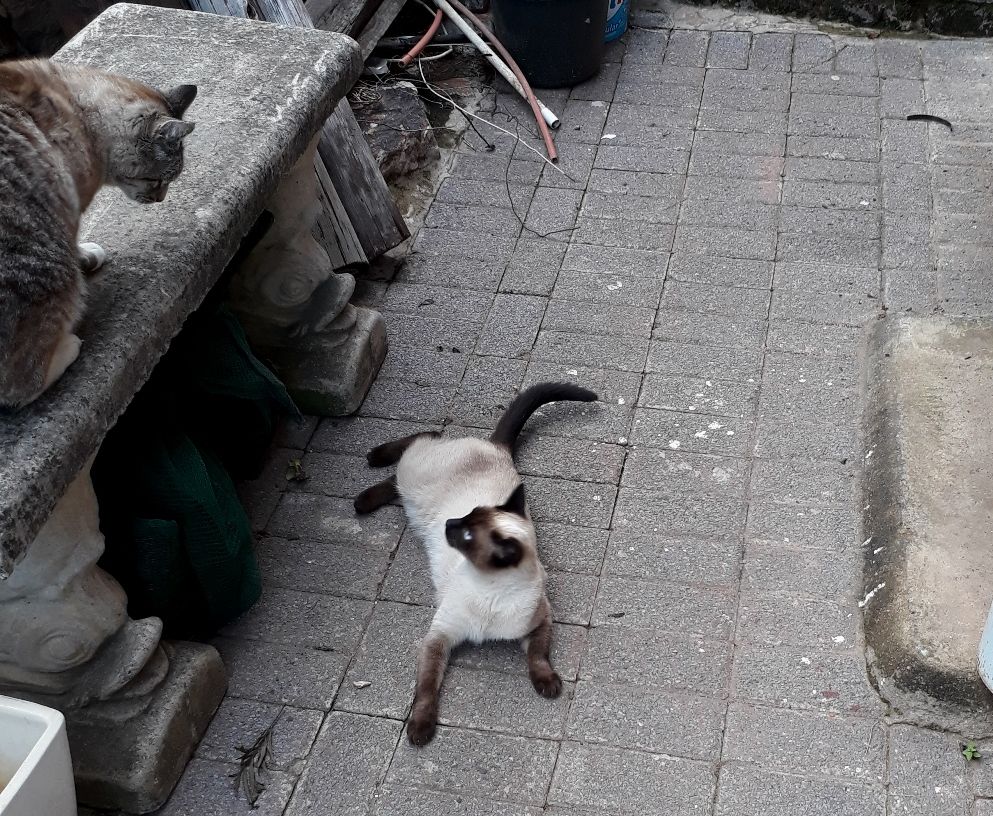 I took him for his vaccinations the other day and he's still treating me with suspicion, it will take a while for him to get over the betrayal although I don't intend to take him to the vet again unless he gets sick. Peanut will probably never be a confident cat but he's much loved member of the household. I'm so glad this tiny little kitten decided to walk into my workplace late one Friday night, he's brought a lot of joy and I'm glad he didn't end up a feral or permanently in hiding at the cat shelter as a unsociable kitten that couldn't be homed.