Hey Pizza lovers, I just found out about this community a few days and I am looking forward to interacting with fellow hivers online,

We are going to talk about one of my best movies growing up, I still re-watch it from time to time, Smallville, The legend of Clark Kent. 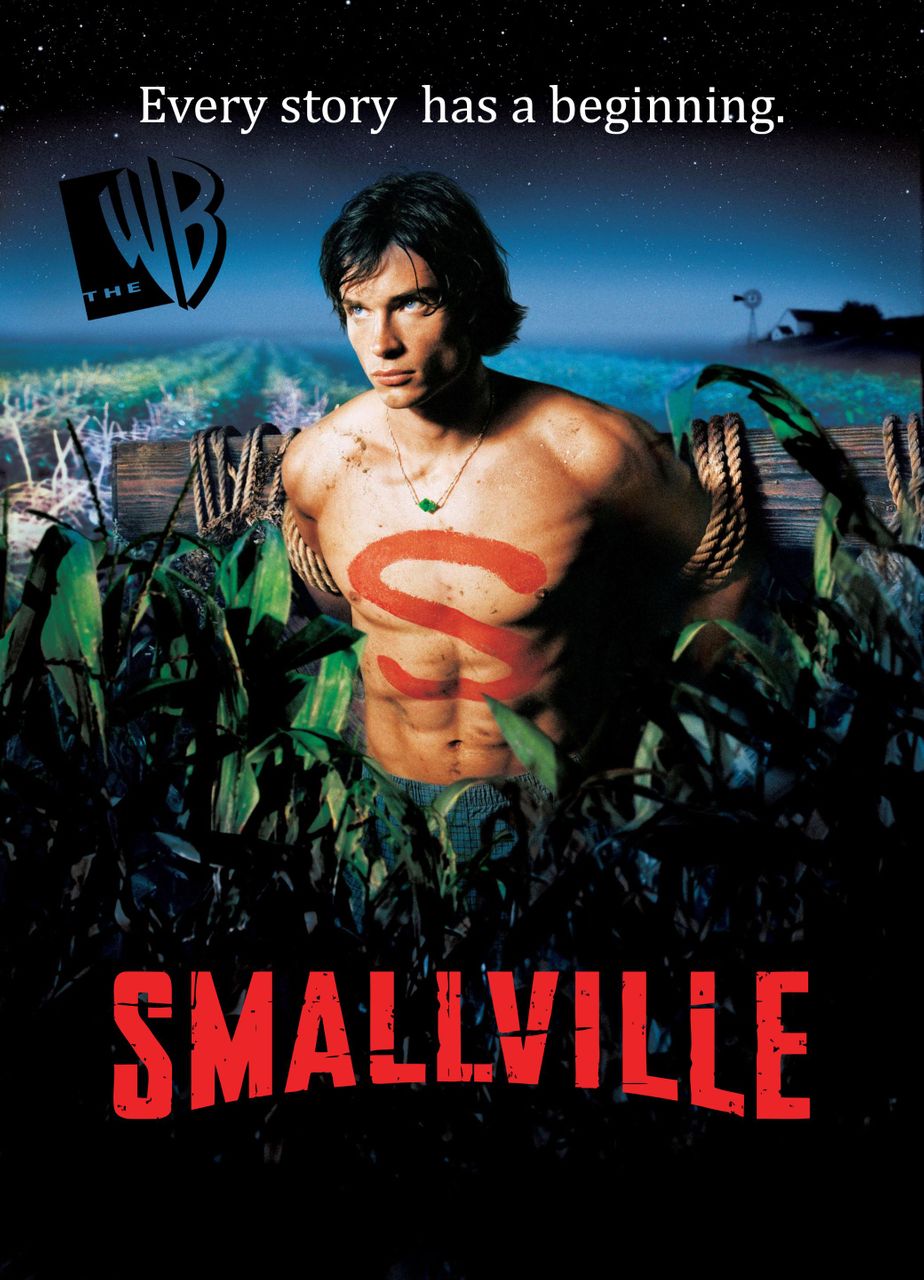 The movie portrays the young life of Clark Kent AKA kal-El, It was developed by Alfred gough and Miles millar, The season premiered on The WB on 16th October 2001 and ran for 10 seasons, The show concluded on May 13 2011 on The CW with Clark Kent becoming superman.

Music theme
Save me by Remy zero

I watched the series for the first time way back in 2012, My dad bought the first 5 series and I was hyped, I always liked high school movies and the fact that smallville had superpowers in it made it much more intriguing to me,

Season 1
The series premiere focuses on the efforts of both parents of Clark Kent, Jonathan Kent and Martha Kent in protecting, sheltering and help controlling the abilities of their young adopted son from another planet, Krypton.

Clark Kent goes to smallville high with his 2 closest friends, Pete Ross and chloe Sullivan, He also has a love interest in lana lang, a famous cheerleader and girlfriend to famous football quarterback whitney Fordman,

Clark Kent also forms a great friendship with lex Luthor after he knocked him for a bridge with his Porsche, an event that brought them both closer to each.

This season gives Clark Kent more information about himself, who he is and where he is from, The series sees the introduction of Clark Kent biological father, Jor-el portrayed by terence stamp and the man who will help shape Clark Kent's life, Dr virgil Swann portrayed by Christopher reeves.

Pete Ross finally discovers Clark's secret when he sees his space ship but he helps him guard his secret and continue being friends.

Clark Kent learns more about the meteor rocks as Green ones weaken him while red ones make him out of control.

Lex Luthor gets married to Helen and goes missing under suspicious circumstances with Helen becoming the sole survivor of their plane crash while lex is presumed dead.

The series ends with Clark Kent putting on a red kryptonite ring and asking lana lang to come with him and leave smallville forever, Lana declined, Clark was at constant fights with his biological father jor-el over his destiny.

The series kickoffs with Lana lang continually searching for Clark kent and with chloe Sullivan telling her where he is with little coercion, He finally finds him but he has changed.

Jor-el gives Jonathan kent some kryptonian powers so as to bring Clark back to smallville,

Lionel Luthor accuses Helen of orchestrating lex's death during their honeymoon as she would inherit all his money and become one of the richest women in the world, Lex is ultimately rescued from an island and has to deal with his wife and psychological breakdown due to the time he spent isolated on the island,

Lana lang's relationship with Clark Kent appears to be on and off and Clark Kent's secret starts to weigh too much on Pete Ross.

Lex Luthor joins chloe Sullivan in digging up dirt from lionel Luthor's past.

The series ends with lionel being shaved in prison, Clark missing, Jonathan in the hospital, chloe dying in an explosion and a burning symbol in the Kent farm.

The series centers around Clark Kent's quest to find the 3 stones of knowledge,

Lois lane is introduced to the show as she is looking for chloe Sullivan cause of death, she is an on and off character.

Clark Kent appears in a corn field where he is found by lois lane and taken to the hospital where Jonathan kent is in a coma and Martha Kent is on his side for the past 3 months,

Lana lang was away in France where he met Jason teague, A new character who becomes lana love interest who becomes the smallville football team coach and is secretly helping his mother, Genevieve Teague recover the 3 stones of knowledge.

Lex's relationship with Clark deteriorated over time as he became wary of him and lost trust in him, Pete Ross leaves the season.

Lana is taken over by an ancient French witch called Margaret Isabel theroux,

Lana lang kills Genevieve Teague in a struggle using one of the stones of knowledge and sets another meteor shower in motion.

Clark reunites the stones of knowledge in the cave and they take him to the artic, Lana's helicopter crashlands near a kryptonian spacecraft.

Season 5 starts with the aftermath of the meteor shower, Lana has a violent encounter with kryptonians but Clark sends them to the phantom zone and gets stripped of his powers.

Clark is killed by a former classmate at smallville high, jor el through his emissary lionel Luthor resurrects him and tells him he will have to pay a lethal price.

Arthur curry AKA aquaman and victor stone join the series.

Clark is off to college and his professor AKA Braniac is giving him evidence of luthorcorp's secret projects.

Clark breaks up with Lana, lex Luthor is being nurtured in being Zod's vessel and Clark Kent is sent to the phantom zone.

The season mainly focuses on Clark Kent's quest of sending all phantom zone creatures back to where they belong.

Lex and Lana get closer together and she marries him even though she had changed her mind due to lionel's coercion as he had threatened to hurt Clark.

the series sees the introduction of the Martian manhunter AKA Phil Morris and Oliver queen, The green arrow.

Lana learns of Clark's origins and he entrusts her with his secret and secrets seemingly dies in the season finale.

Lex is taken to jail over her murder and chloe gives her life to save lois lane.

Clark is faced with eliminating his bizarre phantom lookalike, Lana's death and her cousin.

clark Kent must help Kara Kent control her abilities and fit in,

Lana comes back and tells Clark that she faked her death, lex gets released.

Lex is obsessed about an artifact that can control Clark,

Chloe and Clark are worried about Lana's changed behavior.

The season ends with lex finding out Clark's secret and the fortress of solitude is brought down.

The series starts with a powerless Clark missing and found by Oliver queen, they search for chloe but Oliver kills Clark under influence but the Martian manhunter saves him but he loses his ability,

Clark Kent embraces his destiny and slowly by slowly incorporated himself starting off as the red blue blur,

Lana lang makes a brief re appearance on the show but she puts on a suit meant for lex that can absorb kryptonite and she absorbs it to stop a bomb going off, Oliver queen blows up lex Luthor and lana leaves the series for good.

Chloe Sullivan gets married to Jimmy Olsen but doomsday appears in the form of Davis bloom and takes her away.

He takes on new and old nemesis such as metallo, roulette,toy man and zod

A fight between Tess Mercer and Louis lane over the orb ends in Lois being sent in the future as she touchex legion ring, tess returned home to find the orb had released a young Zod and the lost people of candor.

Oliver queen spends most of his time in underground fight clubs,

Lois lane is caught in a love triangle with clark and Oliver,

chloe's relationship with Clark strains as she doesn't want to be just a side kick.

Zod and Clark fight on top of a building and zod stabs Clark with a blue kryptonite sword, Lois take it out and gives him a new lease of life.

The season finale, Clark and lois relationship becomes stronger than ever as they plan for Marriage,

Clark comes face to face with the strongest of his nemesis, Darkseid and defeats him becoming superman.

Ham pizza is delicious and was served in the talon, A coffee shop owned by lana lang.
It is so sweet, Try it you won't regret. 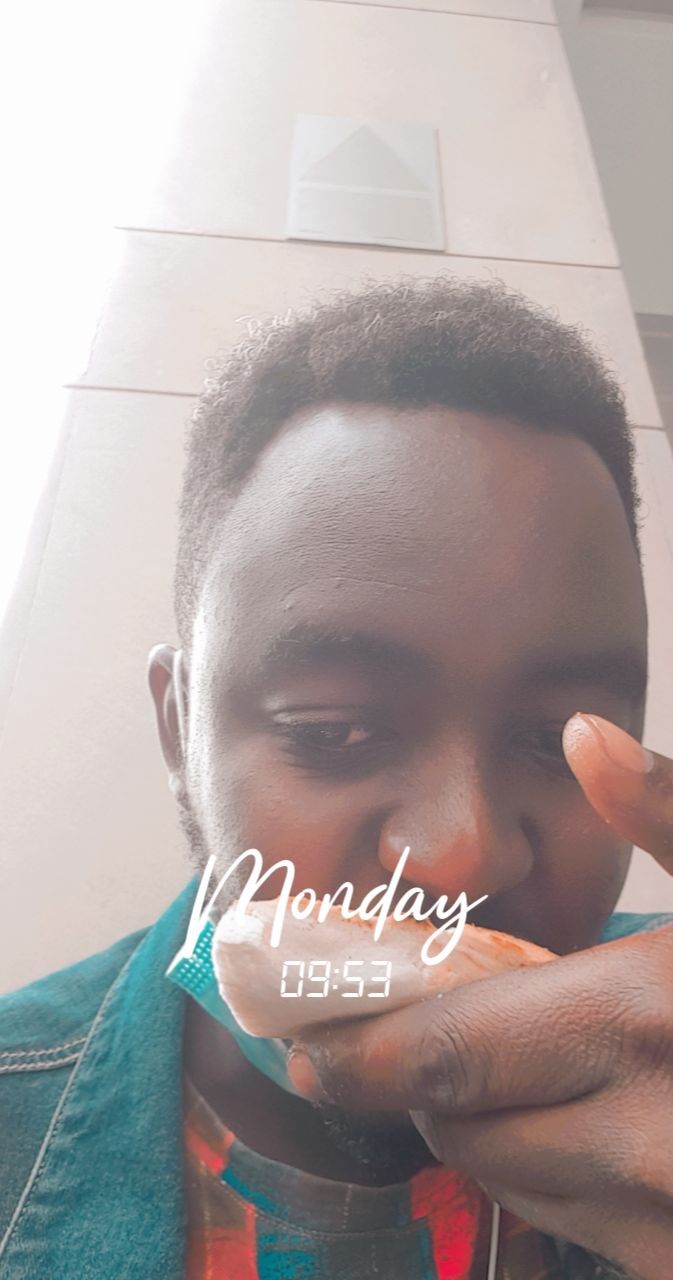 I absolutely loved the show and it was the first superman movie I saw, kind crazy.
I was kind of disappointed to find out lana lang wasn't clark Kent's love interest but rather lois lane, Her first appearance on the show and how she fell in love in clark is stuff of tales, from underestimating him to loving him.

I have always hoped for a reboot of the show and I am still hoping for it.

Did you like the show? if you haven't watched sorry to have spoiled it for you but it is available almost everywhere, Grab yourself a copy and watch or rewatch with your favorite #pizza, Peace out.