trip-hop70
a month ago
inTravelFeed

I have seen this in the time that I have been backpacking for many years time and time again. I will admit that I am guilty of it myself when I was starting out as a budget-traveler. I was still guilty of it after years of being in the "game." I do not make this mistake now because I know that as a backpacker, chances are you are going to a place that has a lower economic standard than where you are coming from.

This it the privilege that we in any Western countries have, at least for now and while that socio-economic situation is a conversation of its own it is not one I am trying to have right now. If you are able to backpack or do a gap year, you are part of the privileged few and well, that is great.

In the meantime don't be an idiot and bring a bunch of gear that you are probably not going to use and even if you did need it you can almost certainly get it cheaper at the destination than you can by bringing it along with you. I start with some of the things I have noticed over the years that everyone seems to make the same mistake on. As difficult as it might be to believe, people in other parts of the world shower, brush their teeth, use hair gel and shampoo, and have also been known to wear deodorant and even makeup. The overflowing cases of bathroom merchandise that I have seen people trudging around with around the glove over the years is staggering and almost all of it is totally unnecessary to bring with you in your pack. If you have some sort of particular brand of something that you absolutely can not live without (for me it was Afrin nasal spray, which is illegal in some countries if you can believe that) then just pick it up where you are going. Basic bathroom items are used by literally everyone in the world and you don't need to bring it all with you. If you are backpacking or flashpacking or even budget-traveling in a general sense there is honestly ZERO reason to bring 14 t-shirts with you. In literally every backpacking location I have ever been to one of the main commodities that is omnipresent is the people selling t-shirts. These shirts will almost certainly be tourist shirts or brand name knock-offs from Latin America or China but guess what? They cost peanuts. The will also almost certainly be made of a fabric that is more condusive to the environment that you currently find yourself in when they are for sale.

For example: Most of the t-shirts sold in the United States are made of 100% cotton or some other fabric and they tend to be very thick and WAAAAAY too hot for most of the backpacking countries. You will be a sweaty mess in just a few minutes if you try to walk to streets of Phnom Penh for just half an hour with your latest Abercrombie and Fitch $40 shirt that we all know is only worth a few dollars.

Bring 6 shirts at MOST with you, the rest, pick them up along the way. You will support the local economy and save tons of space in your bag by listening to this piece of advice.

an assortment of shoes 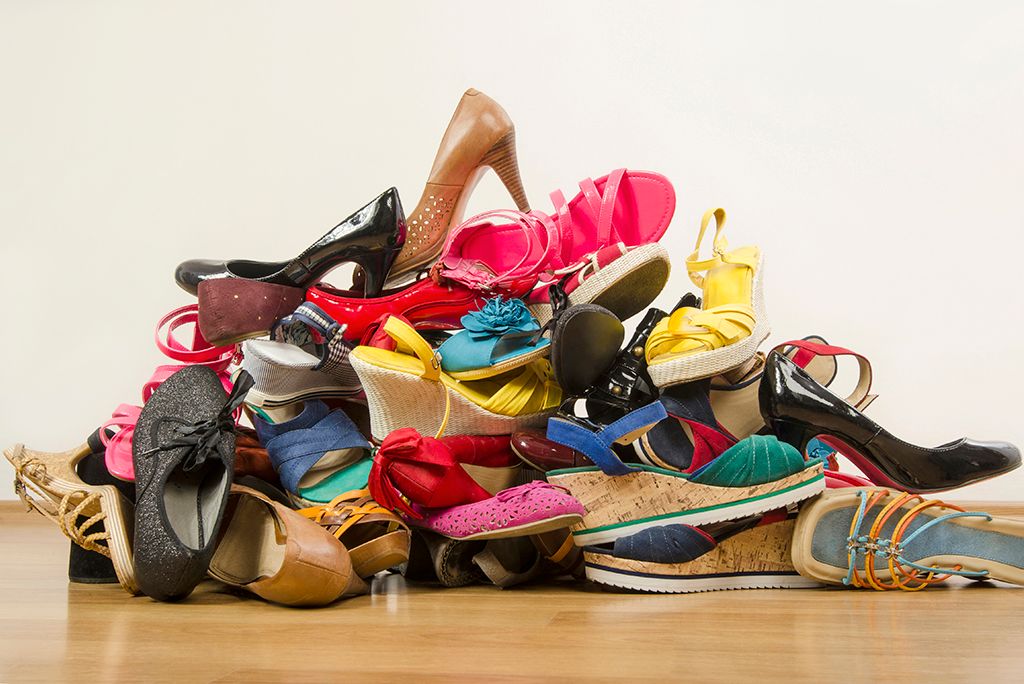 Look, if you want to be fashionable and have a bunch of different shoes to match every outfit you probably shouldn't be backpacking to begin with. In the backpacking environments I would be genuinely surprised if anyone ever even looked at your shoes, let alone cared if they complimented your outfit. The people I know that have been backpacking for years or even better uprooted their lives and became permanent members of the expat community almost always have very few pairs of shoes and some of the people I know that live in tropical places wear sandals almost exclusively..... and so do all the locals.

Shoes are probably the most space-consuming article that you can possibly have in your backpack and really, unless you are going to go and do something very specific such as rock-climbing or play soccer, there is a really good chance you don't need to bring any more than one pair. Sandals, in sandal-wearing countries, cost almost nothing and there is no reason to bring a pair of those with you at all. I an promise you that you will see them for sale almost immediately upon arrival for a fraction of what they cost in your home country.

Hiking boots are enormous and unless you are a professional, the brand/style really doesn't matter that much. In the world's most famous "common man" hiking location that is Nepal, you can rent top-end boots for $1 a day. There is no reason for you to bring your $200 Timberlands with you if you are only going to wear them for 5 days. 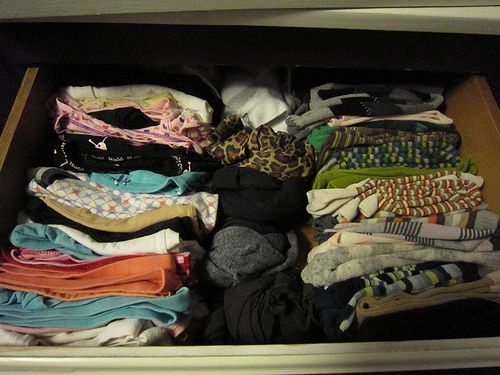 Almost everyone is guilty of owning too much underwear. I know I am. For some reason, when people are packing their backpack / suitcase they seem to want to grab underwear like they are planning (as the statement goes) too shit themselves at least twice a day.

You will sweat more when you go to a vast majority of the backpacking locations in the world, this much is true. It is also true that people in other countries also wear underwear and have it readily available at a wide variety of outlets. Also, there is a really good chance that you are going to find laundry services in just about any place that backpackers go. Even if you don't and are really trying to be a cool guy that travels off the beaten path laundry detergent and sinks are all over the place and washing something by hand that is is small as underpants is both quick and easy.

Plus, if you backpacking you have to remember that you are likely dealing with a single storage area and how are you going to separate dirty from clean anyway?

This was more of a gripe post than anything else but I have been doing this a long time and I can always ID the newbies because they are always struggling with their enormous backpacks that are probably filled with 80% crap that they did not need to bring with them in the first place.

The whole idea behind backpacking is to have an adventure right? Well maybe it would be best to leave some of your "home stuff" back home and get out there and experience the unknown.