When you grow cacti indoors, you are almost never get flowers and that's a pity. I used to be a serial cactus killer in the past but I'm getting better at it and really enjoying the show. In the past, I mostly overwatered my cacti but I've learned not to kill them with kindness. Also, that there are many species that prefer to live in the shade and that watering plants when it's hot at night tends to cause them to rot 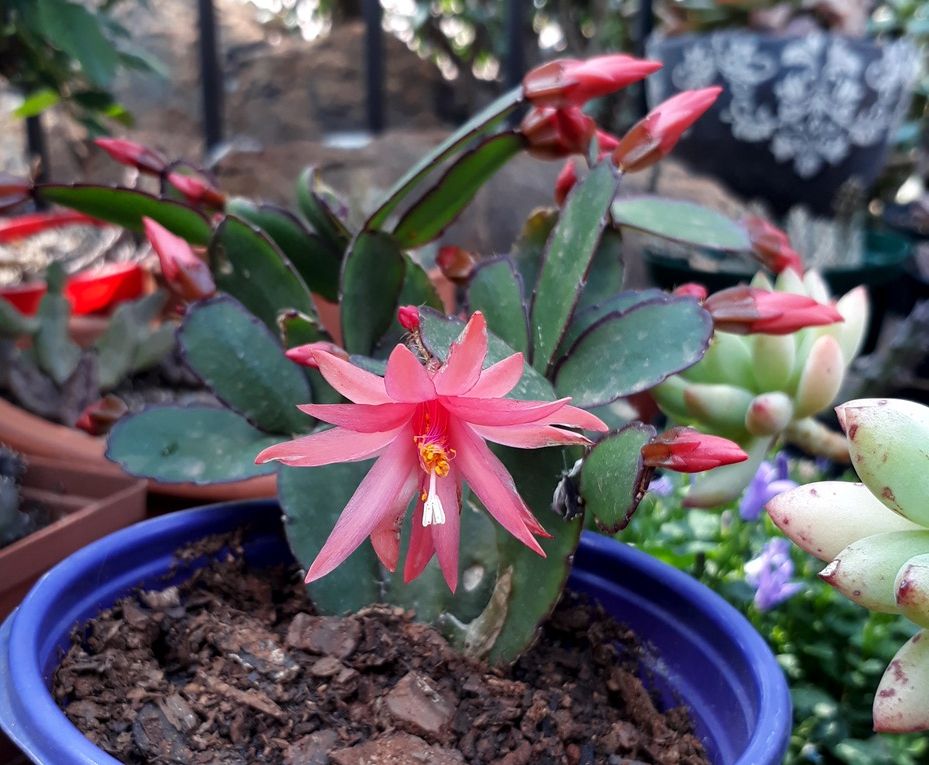 An Easter cactus, part of the Rhipsalideae family. These are often confused with Christmas cacti, which are Schlumbergera (below) 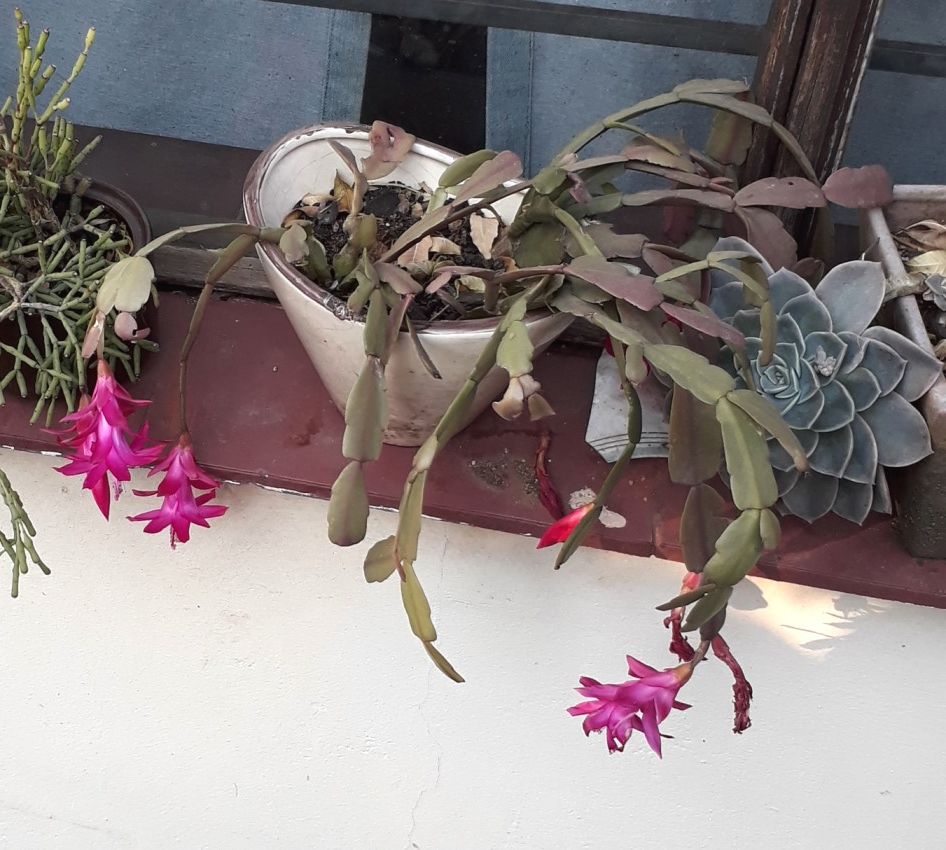 Because they are in the Southern hemisphere, they flower in June and October respectively, rather than December and April, that they are named for in the Northern hemisphere 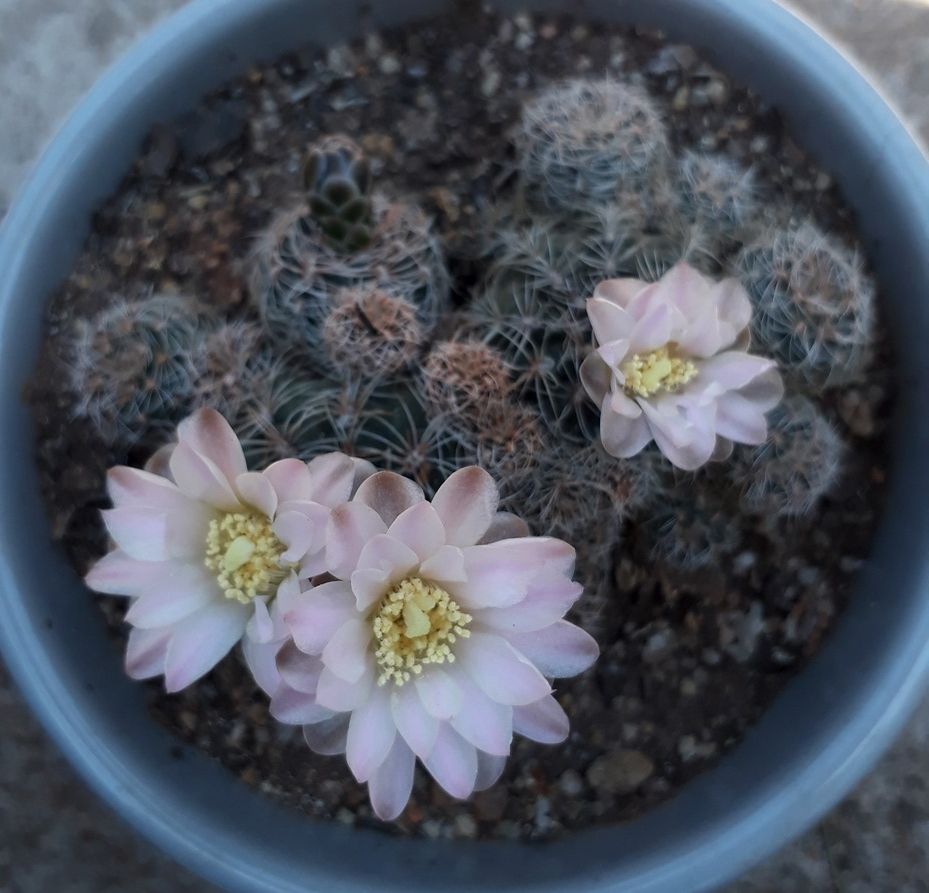 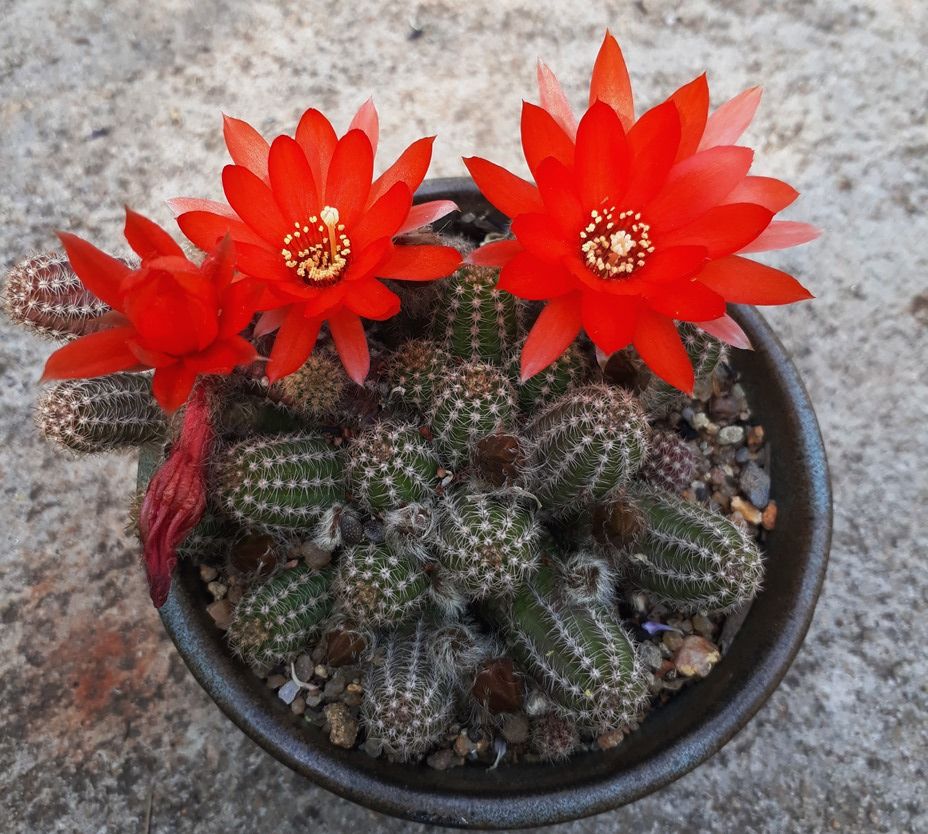 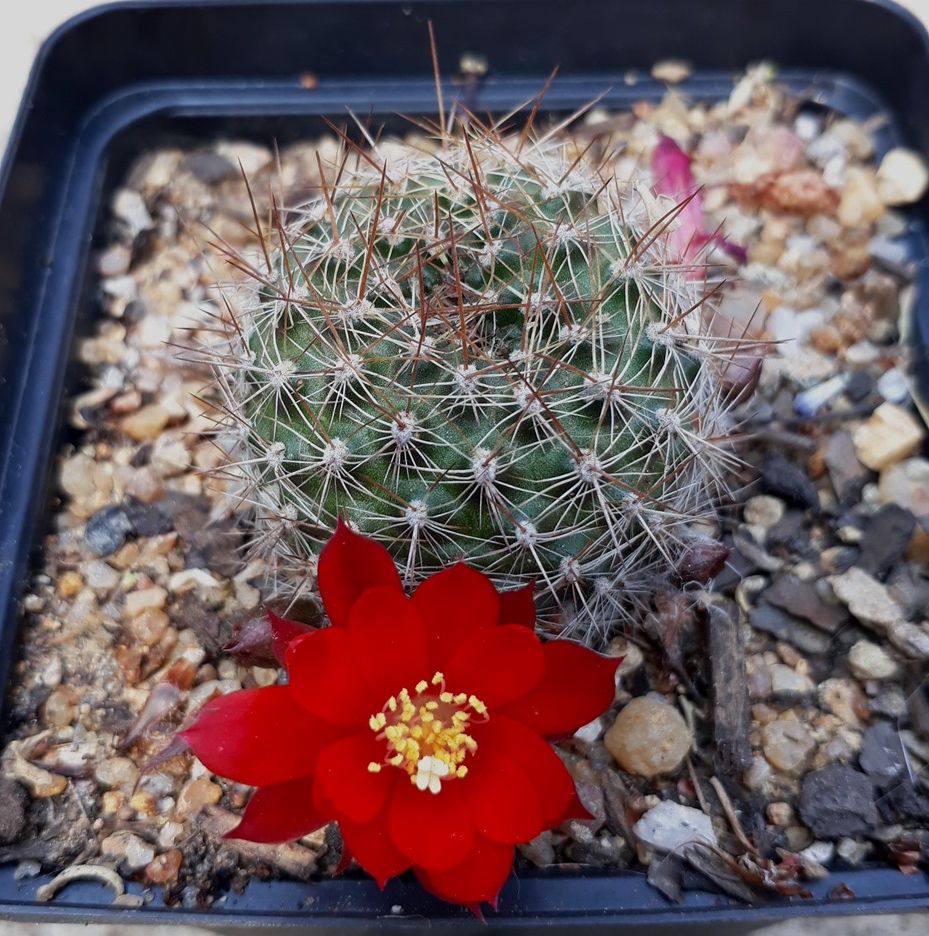 One or other Rebutia species 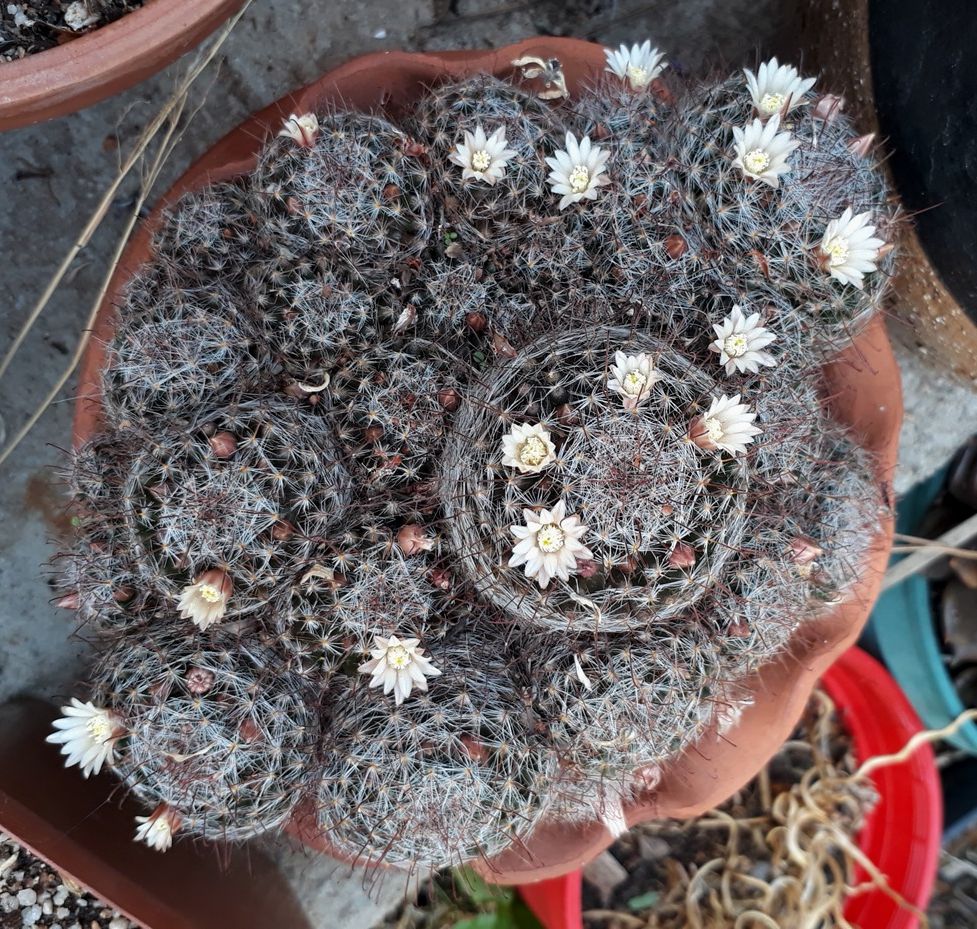 My immortal Mammillaria. I've had this cactus about 13 years and it survived all kinds of abuse and just does its thing year after year. I have more buds that I'm waiting for, which I'll show as I get another round of flowers 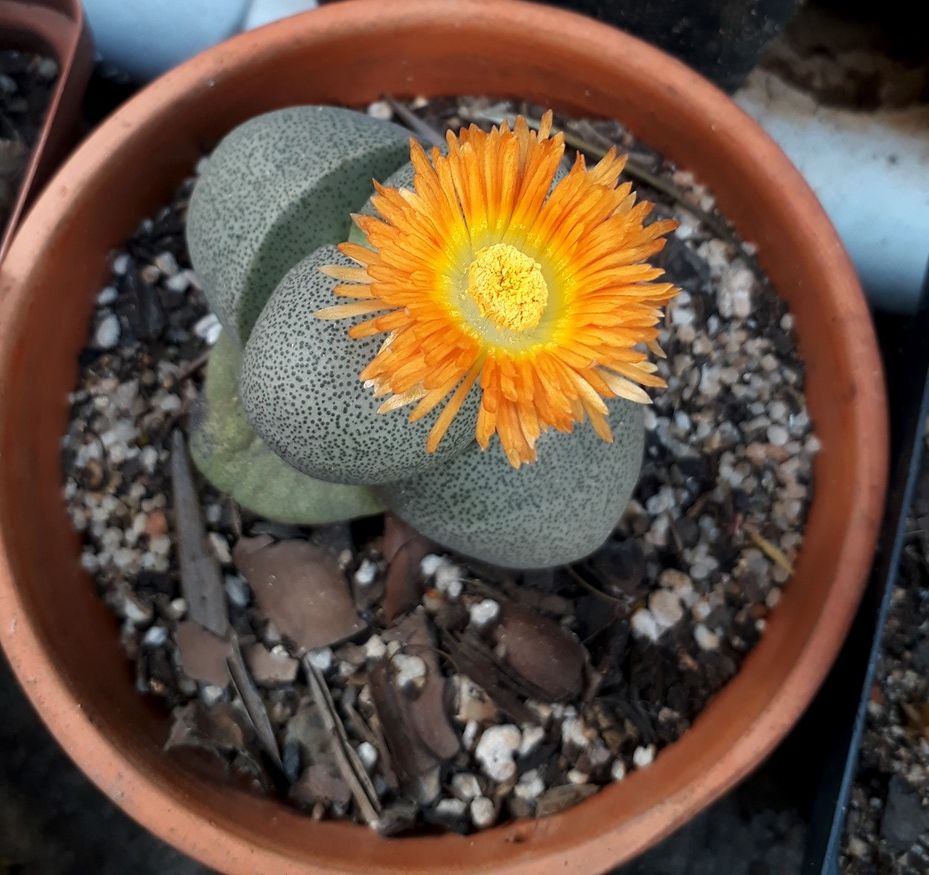