This is the teaching of from Bro. Eli Soriano's of blessed memory and these words I share are the things I learnt from his teaching on the above-mentioned topic.

You can also watch this video below: 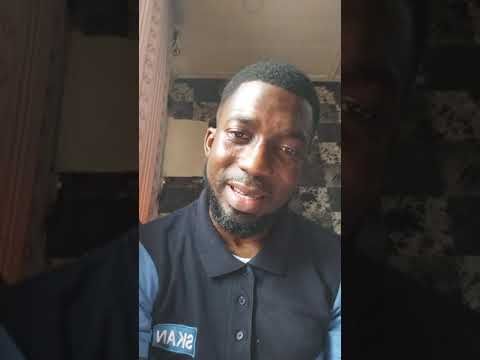 There are sins that lead to death and those that don't lead to death. For instance, if a brother or fellow believer sins against you, that is clearly not a sin that leads to death because it is in your power to forgive such a person no matter how difficult it can be sometimes, as instructed by the Lord's prayer: "Forgive our trespasses as we forgive those who trespassed against us".

It is unwise to spread a rumour about such a brother but rather we should forgive if we are to get the forgiveness of God. When our fellow believer sins, we should not spread rumours about them but rather we should pray for them even if they sin against us. We should seek to restore and not tear them down.

Elijah was a human being, even as we are. He prayed earnestly that it would not rain, and it did not rain on the land for three and a half years.

The power of prayer cannot be overemphasized. Prayer is important for everything. When another sin against you, it is expected that you pray for such a person just as the person is expected to pray for you when you fall into sin.

Then I acknowledged my sin to you and did not cover up my iniquity. I said, “I will confess my transgressions to the Lord.” And you forgave the guilt of my sin.

Sins can be forgiven when confessed and God already told us that before we call on Him, He would answer us. Our prayer is important to God. Elijah was a man like us and yet he prayed for rain to cease and rain to start and God heard him.

Whoever conceals their sins does not prosper, but the one who confesses and renounces them finds mercy.

Before they call I will answer; while they are still speaking I will hear.

Why pray repetitively when God already gave His Word as written in the Bible reference above? We need to stop praying repetitively and reciting as not mandated by the Word of God.

And when you pray, do not keep on babbling like pagans, for they think they will be heard because of their many words.
Do not be like them, for your Father knows what you need before you ask him.

Now when Daniel learned that the decree had been published, he went home to his upstairs room where the windows opened toward Jerusalem. Three times a day he got down on his knees and prayed, giving thanks to his God, just as he had done before.

We have a duty to pray that's why the Bible called the temple a house of prayer. We are to pray without ceasing and that means we should pray at all times as long as we are here on earth even till old age.