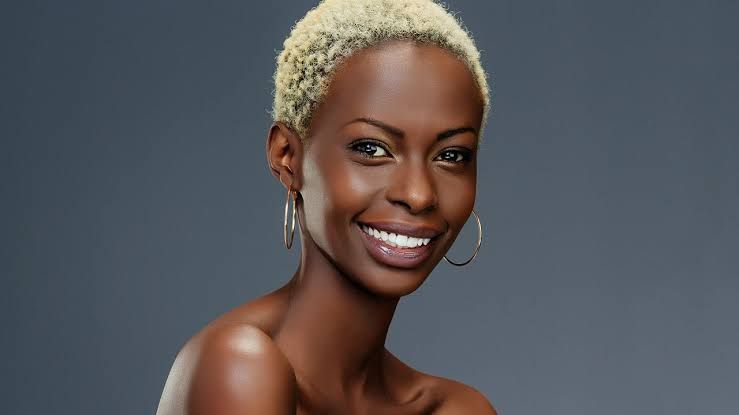 Hair dying has become a popular trend in Nigeria and has become a sort of beautification from its original purposes and intentions. In the different popular places in Lagos, young people are now joining the trend and this has become "a thing".

It has actually joined a list of societal fashion vogues like cross-dressing and tattooing of which has seriously come to stay, but then, one thing I have personally observed is that the Nigerian society is drunk in love with exotic cultures. I grew up knowing hair dying as a recipe for darkening grey hair but then as I grew older, I began to see it as a certain form of beautification with different variants and different colors.

Unnatural hair colors that are not Nigerian-esque. According to Igbokwe Ibe a practicing psychologist, Hair dying is an act of inferiority, he said that Nigerians are obsessed with the way other races look and hence have taken it as a form of beautification to find or attain a certain kind of superiority.

Howbeit, this idea was contrasting to what
John Olufowobi and Stanley Imoh who are unisex stylists had to say. They said it is an act of expression of which people are free to indulge in and apart from that, they believe it was seasonal as people don't go about dying their hair for no purpose.
For them, more than 70% of their customers are females, and they clearly agreed that it was somewhat acceptable in the female folks more than the males.
It is quite interesting to note that the Nigerian society is susceptible to trends yet the societal norms kinds of juxtaposes this fact. It feels as if the society has no rigid standards for contradictory phenomenon such as hair dying and this is proven by talking to a stylist as well as a psychologist.

This leads to an interesting observation; the male folks are somewhat limited when it comes to outlook and appearances, more than the females. But why is this? This taps its root into religion and norms and a flexible standard set by societal sense of reasoning and acceptance. Femi Ogundeko, a final year national diploma student in mass communication in Lagos state polytechnic reiterated that for males students hair dying is an act of indecency and is punishable but for females, it extends to a mere intent of ordinary beautification.
He went on to say that males are prone to insubordination and due to this, an intent to dye the hair might prove that a male student is tilting towards cultism. This however doesn't feel plausible, but then we have norms in the Nigerian society that does not correlate.

What do I essentially mean by this? A popular American gospel artiste, Travis Greene has been known to rock a signature auburn hair dye color, and he frequents the country as numerous of his listeners are from Nigeria. He ministers in many churches and in fact, speaks in tongue, but there's been argument that a Nigerian pastor wouldn't dare to dye his hair, is this a clash of belief or a misinterpretation of what the scripture truly depicts?

Pastor Michael Itam a clergyman from RCF, Ikorodu chapter feels that ministers like Travis are one of the reasons why hair dying isn't considered a sin or a crime, nevertheless he pointed out that his dying of hair isn't taken from a biblical but cultural source and since hair dying is exotic rather than cultural in the Nigerian setting, it will continuously clash with religious belief and contradicts societal norms as well.

In a nutshell, the reasons why Nigerians dye their hair will always be variable and remain uncertain, trends like, fashion, social media and the globalization of the world will continue to play a major impact. We will always have diversity in perspectives and opinion, and this will of not stop the trend from continuing. However, from an angle of moral conviction, I wouldn't dye my hair and this doesn't and should not diminish people who choose to do so.

I believe that people hold the ability to actually express themselves to a particular extent and since It's not particularly infringing. There are standards that guides the Nigerian society and this can actually act as regulations. Apart from this, the Nigerian society should be free to be exotic to any standard they actually choose to be.