We're now on the 29th week of Untranslatable Words and once again we're moving to Asia, we're one more time visiting a culture I'm very fond of: Japan! This week's word is an expression that I think shows how much of a hardworker this people are.

This week's word is the japanese: yoisho.

This expression reminded me of some other non-written expressions from other places that are usually very colloquial and tell a lot about their culture in a kind of subtle way. Very only-spokenly inherent somehow.

yoisho (よいしょ) is a kakegoe (掛け声) word, a call or shout of encouragement to oneself or to others. In Kenkyusha’s “New Japanese English Dictionary” the term is translated as “Yo-ho!” or “Ho-heave-ho!” *

Actually, "yoisho" doesn't have any meaning, it is just a sound. As it is an interjection, it is a word used in specific situations. This word can be used when you lift something heavy but also for many other cases; in his classic 1998 text “Beyond Polite Japanese,” Akihiko Yonekawa is very specific, explaining that よいしょ is used “when lifting something heavy or beginning something.” *

Another case in which this word can also be used is in the one from the picture above, when you're tired after work and sit on a chair you can say yoisho, by doing this you're somehow stating you're tired, people around will think you're tired because you used this expression. Yoisho can also be used when a person is trying hard to move their body, like when it's difficult to stand up or do any physical activity because you're tired. As you see, this expression is usually said when doing something, and this is probably why its usage is in spoken rather than written language. *

Now, even though the word is most likely used in spoken by one person situations, like lifting up something heavy, standing up from that chair or even "after the demanding task of reaching for the remote control to change channels," there's another pattern of usage for this expression, when two or more people simultaneously perform some physical action together not only to coordinate their physical action but also because they want to encourage themselves, like a way to keep on doing the work and not give up. * 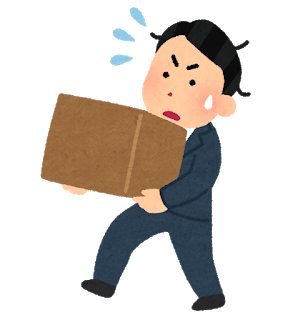 As Kosuke says on his japanese language learning blog Lingual Ninja, "I heard that there is research stating: 'when a person is uttering a sound, the person's muscular strength becomes stronger.' I don't know if it is true. However, when we say "yoisho", we feel that it helps us move." An example is the well-known children’s tale “The Giant Turnip,” in which an increasing number of people try to pull a large turnip out of the ground. Each time they give it a new try they shout よっこいしょ、どっこいしょ, only to find that the thing still won’t move. *

In this function, the term can also be used by bystanders as a call of encouragement, as in the famous Soran Bushi (ソーラン節) song, which is a must at obon dances in many parts of Japan. In one of the recurrent passages of the song, the crowd shouts どっこいしょ！どっこいしょ！, which was originally intended to encourage fishermen during their work. Though, the overuse of this word can be considered an index of getting old, one of the 10 questions in a popular Web self test (www.sonta.net/game/oyaji.html) to assess the degree to which one has turned into an おやじ (old man) is “Do you sometimes say よいしょwhen you sit down?” *

As you see, this expression can be used in many ocassions in everyday life, either alone or in company it is indeed a call of enouragement that I think tells a lot about the japanese resilient and hardworking culture, especially if we take into account how much their culture praises resilience I think. The only fact of pronouncing this word helps them keep on carrying on with whatever they're doing, like a little reminder of strength, even if we're just letting off some steam from our daily struggles. Maybe some kind of mantra? lol

What do you think? Is really yoisho a call of encouragement? Is there a similar non-written expression in your language? Please feel free to let me know what you think in the comments!