This week for plantbased challenge I have chosen potatoes. Many years ago there was a popular appetizer that would be served in restaurants and pubs. They would almost always be loaded with cheddar and bacon. These were potato skins. Perhaps they still exist but I haven't seen them on a menu in years.

I am doing a plantbased version that is kind of Mexican inspired. I have decided to skip the vegan cheese altogether. This can be filled with anything for a fun appetizer. I happened to have a melon baller which I have never used for melons. In fact I don't know why I got it. In the past I've used teaspoons to carve these potato halves. After scooping out as much as possible without going right through, you can put them in the oven which is the easiest thing. I don't have a bottom element so I started with blanching them in boiling water. Test the potatoes with a fork to make sure that they don't cook completely. When it's a little tender around four or five minutes remove from the heat and cool off. I fried them in hot oil so that they would become crispy. If I had a bottom oven element, I would have brushed with oil and baked them on high heat. When they get golden remove them from the hot oil. Originally I wasn't going to add tomatoes but at the last minute I threw in the tomato pasata. Cook the onion and garlic, then add the spices. Add the beans and liquids. This would be like refried beans but I am not calling them that because they are not refried. They were blended to resemble refried beans. After filling the fried skins with the beans I put them under the broiler in the oven which is still functioning. The non plantbased ones would have cheese in them being grilled but I did this anyway with the bean filling. This makes quite a bit of sauce which can be added to other sauces like mayo or soups tomato etc. 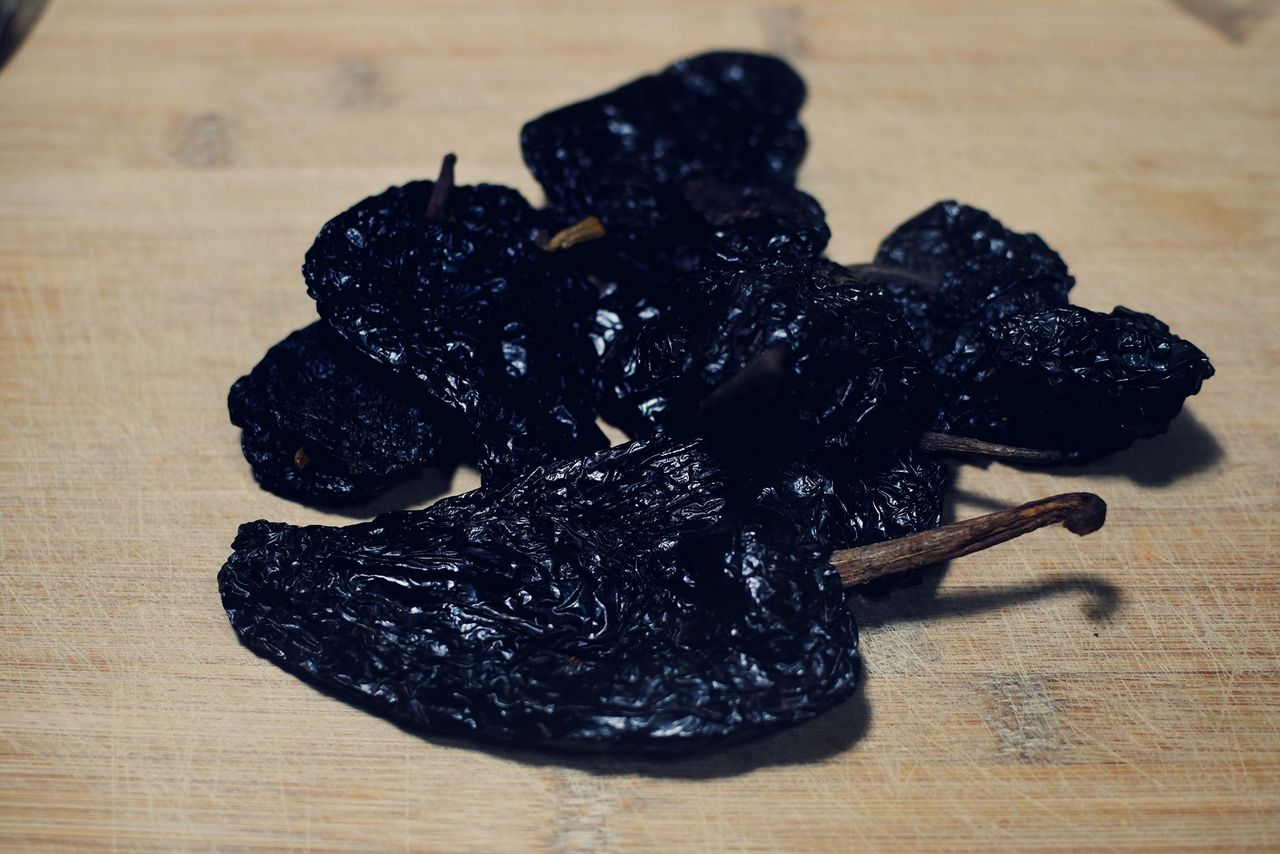 Take out the seeds from the guajillos, then boil the peppers in hot water then keep in the water until they're soft. The onions and peppers will be blended so it doesn't matter how you chop them. Brown the onions in a hot pan of oil until they are caramelized. You can deglaze with wine vinegar or wine or any vinegar. Just a splash at the end. Blend the peppers and onions and liquids until smooth. The amounts that I have given are approximate. I add a little of this and that until I get the taste that I want. I garnished with green onions and sesame seeds. I have also added some pomegranate seeds. They were a decent price for a change. They range any where between 8 dollars a piece to 2 dollars. When they go down in price I take advantage. 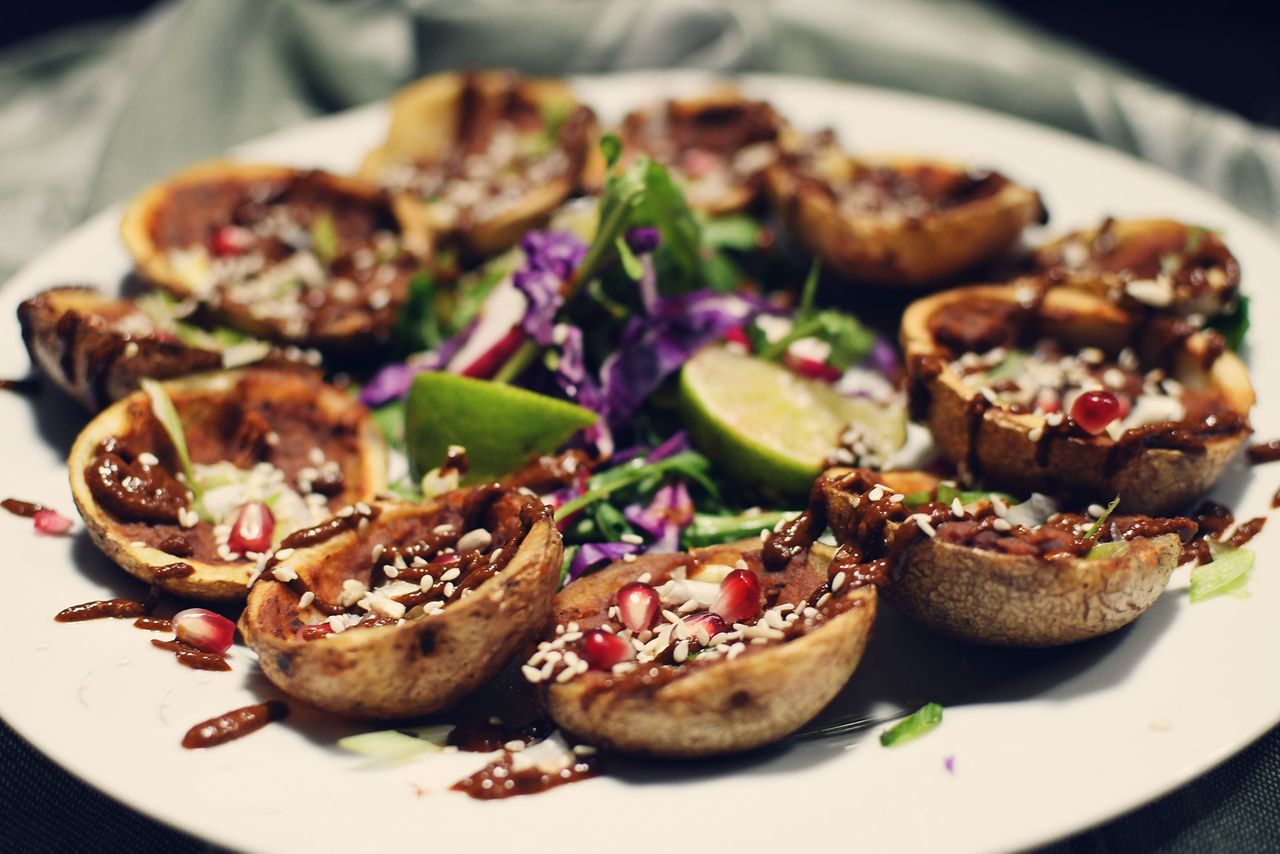 This is nice with some lettuce and a squeeze of lime. The possibilities are endless with potato skins. The scooped out potato can be saved in water until you cook it. I made soup with it. This is completely gluten free if that is a preference for someone.