THE BOOK OF IMAGINARY BELIEFS REVIEW: The Book of Siblings that sees reality in prose 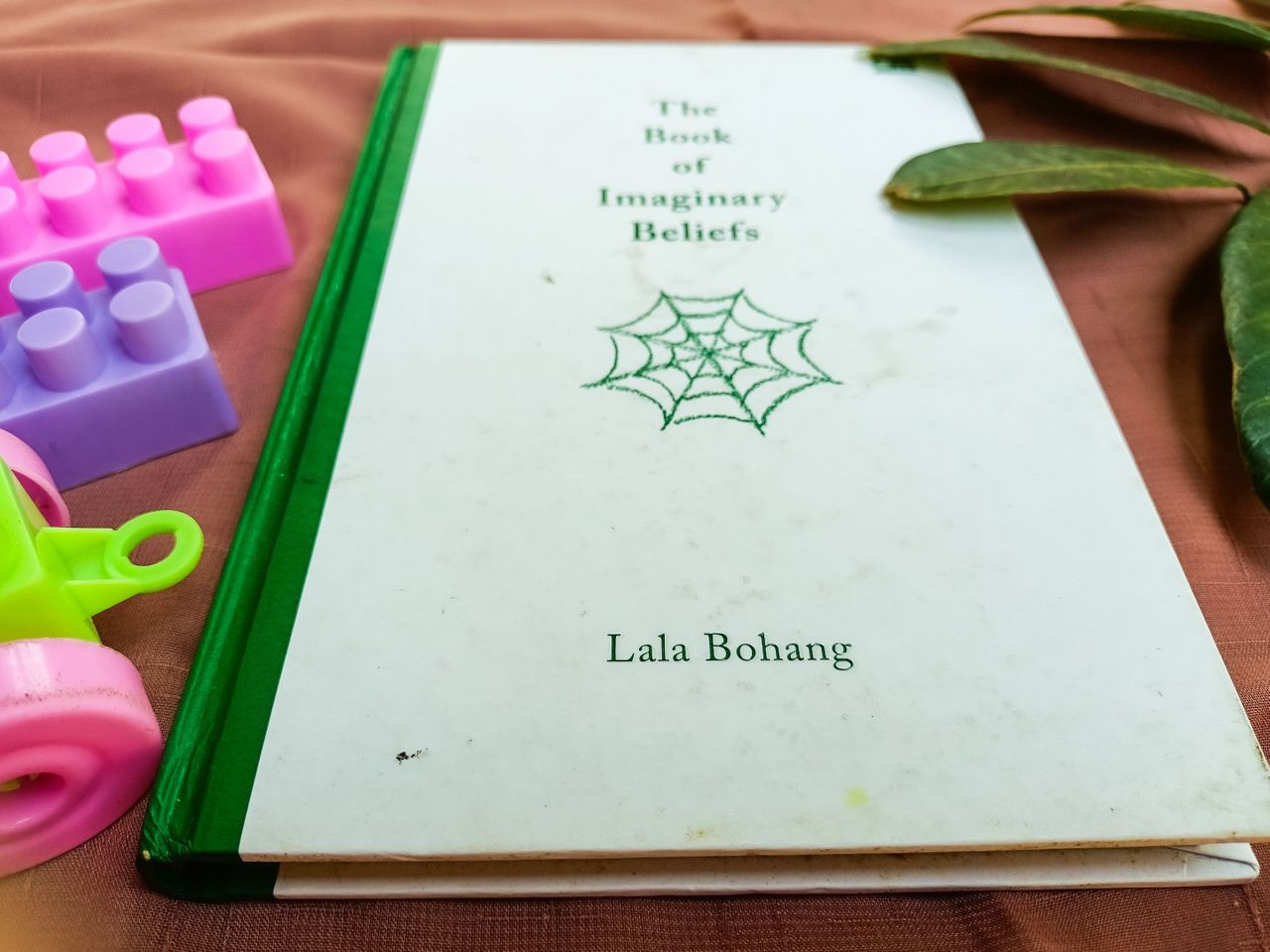 What makes this book unique?

In Indonesia, illustration books are in high demand. But, what makes a book by Lala Bohang never empty of reading enthusiasts?

Why is it included in Lyrical Prose category?

Before I knew about the author Lala Bohang, I really thought that The Book of Imaginary Beliefs was not a work of fiction. After she answered in her interview at the launch of the book, she replied that the Books of Imaginary Beliefs is poetry and its content is fiction. The girl with the striped shirt is a consistent form of Lala Bohang in the depiction of the character. Lala Bohang is also a girl with short hair and likes t-shirts with stripes. The impression of living characters in Lala Bohang's abstract illustrations in The Book of Imaginary Beliefs and other members of the book of siblings makes her works strong and alive in the hearts of readers. LOL. This happened to me.

I suddenly asked, am I really bravest? It happened at the 2015 New Year celebration. I purposely brought a small cake and a small candle. I went up to the BloK M Square food court in South Jakarta. Next to the Food Court and the cinema with a very long queue, I wanted to spend the day watching a movie at the cinema, but, after looking at the list of films that were going to be screened, I didn't think there were any good ones, so I chose to sit alone in a chair at one of the restaurants. I just ordered a drink. Lemonade. I opened the cake I had brought but didn't light the candles. My intention, today is not to celebrate the new year, but to celebrate releasing someone I've waited for nine years. This is enough, I thought. He's doesn't see me nor does he return my love for him. So, I decided to take it off.

Alone. At the restaurant. I was embarrassed because people sitting around me started to see me sitting alone and crying. Rather than thinking I'm strong, of course I feel really stupid.

Until I met Lala Bohang's book.

Am I the strongest woman? When we repeat something over and over again, it strangely becomes a part of ourselves even when we understand anything about it

In the Psychological Struggle section the reader will find a piece of that sentence in the middle of an abstract illustration with the words enough scattered randomly over a hundred. This article is clarified with skill to learn: how to not become a fanatic. As an Architecture graduate from Parahyangan University, Bandung, it's only natural that Lala Bohang's illustrations never disappoint. This writer from Makassar has also participated in many painting exhibitions.

The Book of Imaginary Beliefs is a good read to spend in one sitting. Light and meaningful. All pictures were taken with Oppo Reno 5F