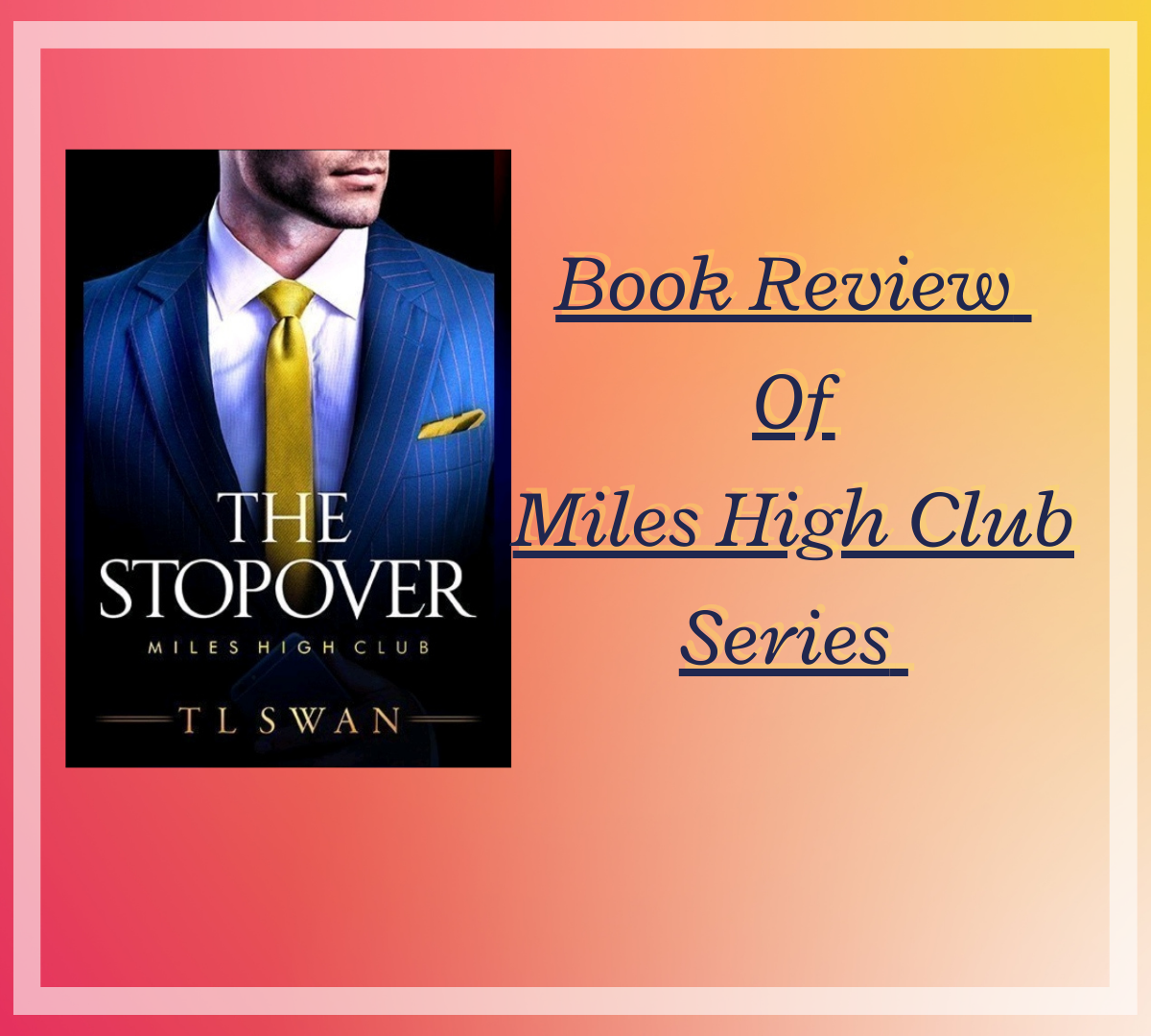 It's been a while since I have written a book review and my work schedule is to be blamed. I find it difficult to read and I am not happy about it. In the last few weeks, I have made up my mind to go back to reading fully. Though there is no day I don't read at least 20 pages of a book before I go to sleep.

I thought the Fifty Shades series would be the spiciest book I'd ever read, but then I read "The Miles High Club Series". The reaction I got after reading two parts from the series I have read so far was 👇

Details About The Book

In this post, I will be talking about the first book from the series titled, "The Stopover". The Stopover, a romance novel, written by T.L Swan, with 521 pages and was published on the 26th of September 2019. At first, I thought the book would be an ordinary romance book with normal steamy scenes but no, I was wrong. It is a book with scandalous scenes.

This is my kind of romance novel. It has just about everything that makes a romance novel a good one. The two main characters had this steamy connection together which involved dirty talks, jealousy, and the sexy scabbling arguments between the strong female heroine and the Alpha male Hero. The plot of this novel is intriguing, packed with mystery, amazing supporting characters, and a steamy scene that leaves you captivated and with butterflies.

The plot revolves around a young lady, Emily who had a bad encounter with a troubled passenger at the airport and then got her flight ticket upgraded to first because of the incident. During the flight, she met this intimidating blue-eyed man whom she had a sizzling conversation with. As fate would have it, the weather got crazy and they had to Stopover. Emily had the craziest night of her life with the mystery man and the next day they went their separate way.

Twelve months later, Emily moved to New York City for her newly acquired job. She got her dream job in the world's biggest media company, Miles Media. She was so excited to start her first day at work until she was introduced to the CEO of the company only to discover that it was the same mystery man she met on the plane twelve months ago. The adventure and mystery begin right from there.

The CEO of Miles Media, Jameson Miles who is an alpha male who doesn't take no for an answer, and doesn't understand boundaries wants Emily all for himself. Jameson wants to pick up right from where they stopped during their last encounter twelve months ago, but Emily won't have it that way. Jameson is up for the challenge and won't back down without a fight.

My Opinion About The Book

I love the writer's technique, she did a fantastic job with her descriptive technique most especially. She didn't just give us a full-blown romance, she also went far to include mystery, whereby a mole is determined to bring down Miles Media, comedy relief in the middle, and at the end, an unexpected suspense pops up which brings the plot to a satisfying ending.

The book has 521 pages, but honestly, when I read it was like 200 hundred pages. The story went by very fast, I was hooked from the beginning up till the end and each page leaves you wanting more pages. I had a lot of laugh-out moments, sexy scenes, and an amazing background storyline.

There is a saying that says, 'nothing is a hundred percent perfect, there will always be one or two flaws'. The flaw I had with the storyline was the limousine that Jameson used throughout the story for his daily activities, in my opinion, I felt his riches were exaggerated, unnecessary, and unrealistic.

Rating this book, I will give it 4. 5 stars, the book cover is ideal which leaves you wondering who the male hero is. The language was simple and not complex, with fantastic narrative and descriptive techniques. The plot gets 4.5 stars, the setting, and stars and the characters 4.5 stars.

In my subsequent posts, I will review the rest of the books in the series.

Thank you for visiting my blog 🤗