According to history, this building would have been a 7 storey building with an underground house.
The building process started some years ago when I was but a little child.
The owner is now late, he died last year due to some health challenges.
The House would have been a hotel and it would have been used for good business purposes.
Since I was young I have always been looking forward to the completion of this house.

I remember how terrified I was standing on the last floor of the building and looking down. I am not really afraid of heights but standing there made me super scared for my life, it felt as if my legs were glued to the ground such that I couldn't move.
Numerous negative and wild thoughts came into my mind as a young child who was afraid of losing her life.
I asked myself what if something happens to me up here? What will I tell my parents? Who didn't even know I went there?
The interesting thing about the building is the underground.
It felt like some kind of a secret passage to the underworld lol.
Now I am not sure I can dare go inside the building now, it more like an abandoned house though people utilize the frontage doing laundry and drying out their clothes there. 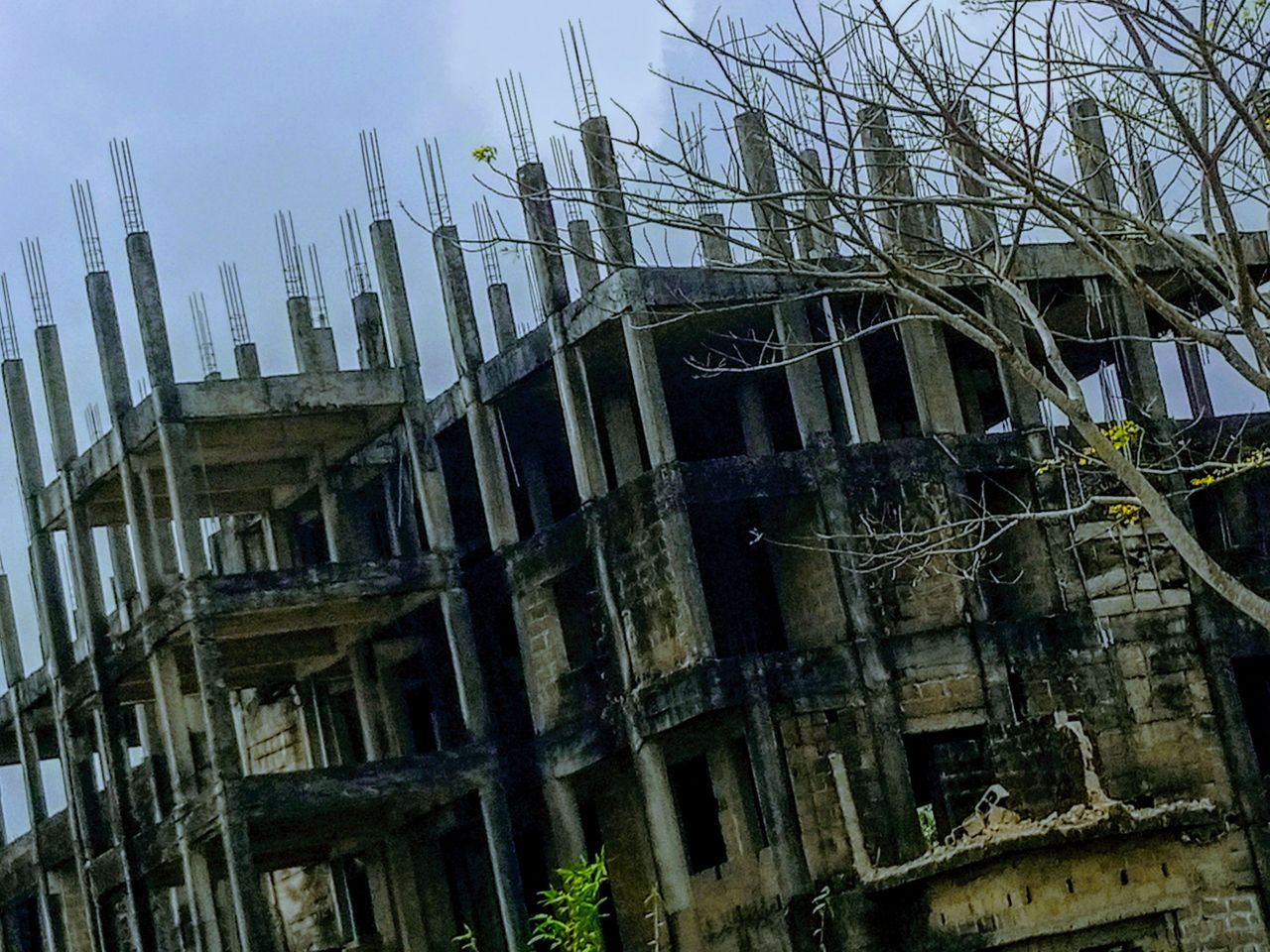 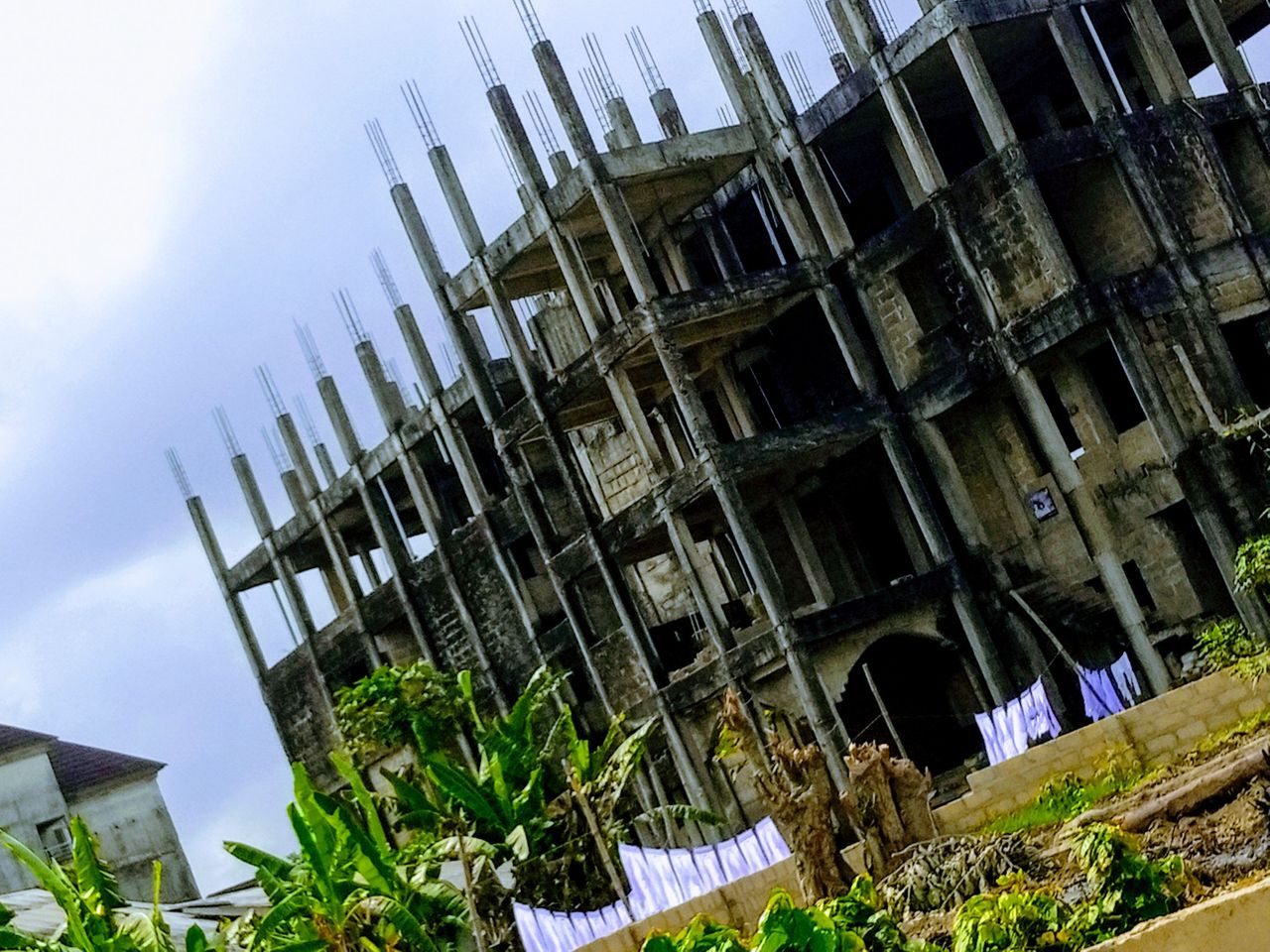 I am still hoping that the family member would take over this building and complete it for the purpose it was earlier built for or even for another purpose. It seems some part of the building, is being demolished. I don't know why or what the purpose for that is but I am hoping the entire building wouldn't be pulled down over time.
The money needed to complete such a building should be in billions cause as it stands, the work needed to be done in completing the house is more than the already finished work. 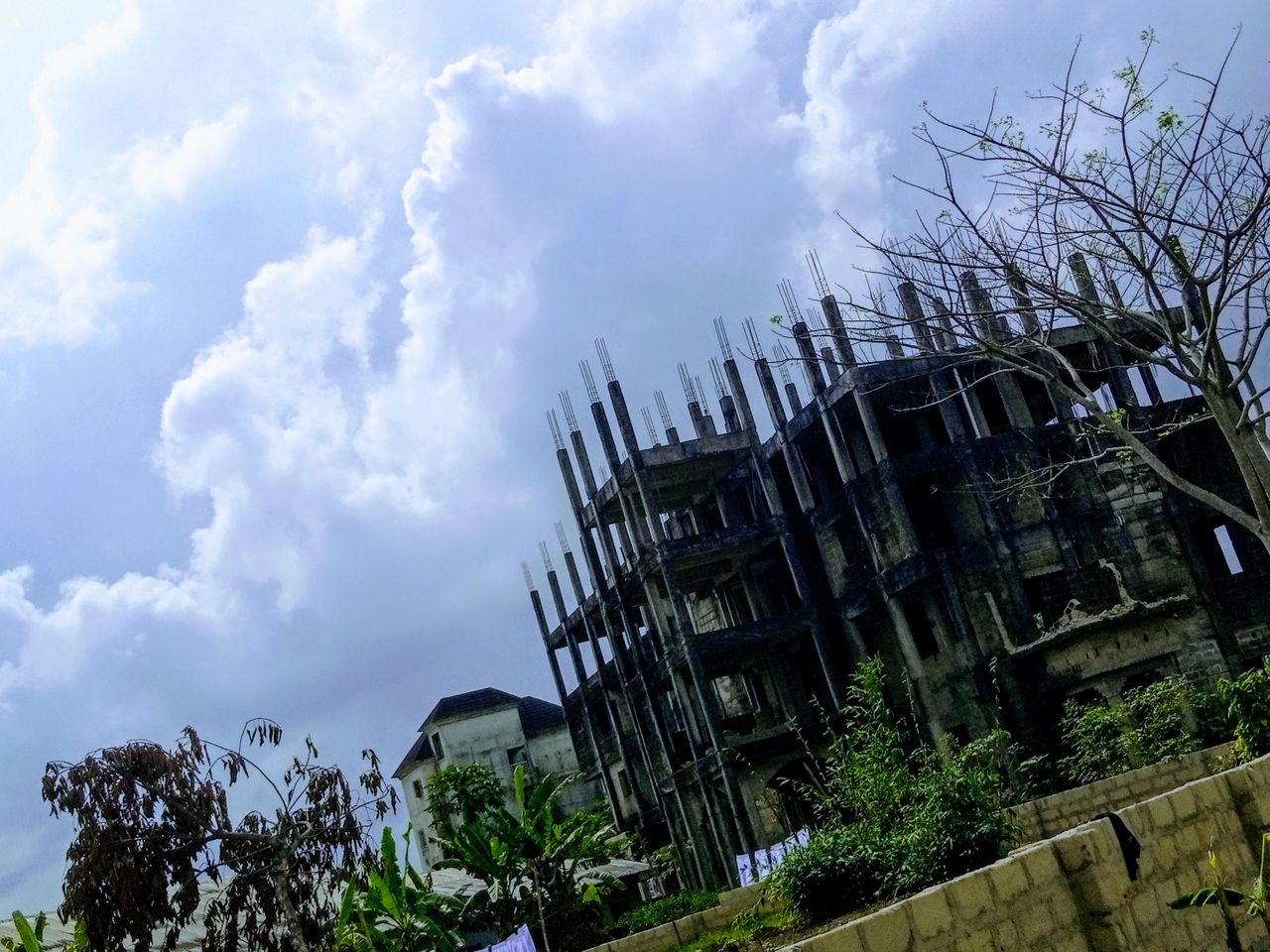 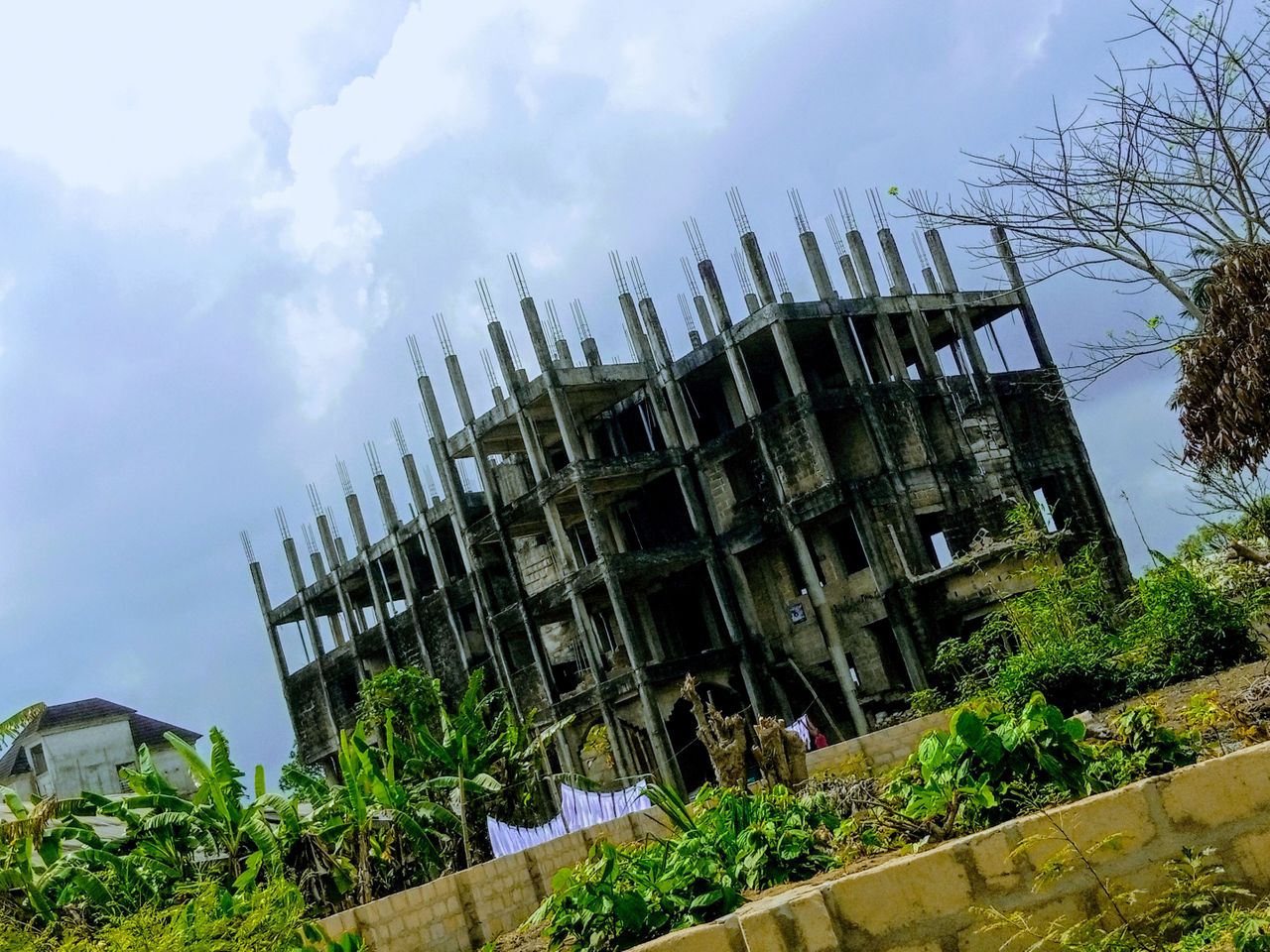 It's obvious that some wild animals and creepy insects would have already found a domain in this abandoned house.
And if ghost is actually real, then they can also make that place their domain or meeting point, just a wild thought nothing else. And the funny thing is that the building is located in a remote area.
The road is terrible as you can see. It was said that the ministry of works would be developing the road but since then nothing has been done about it.
And this is what happens here in Nigeria when you depend on the government to handle the affairs of the state especially the local government. 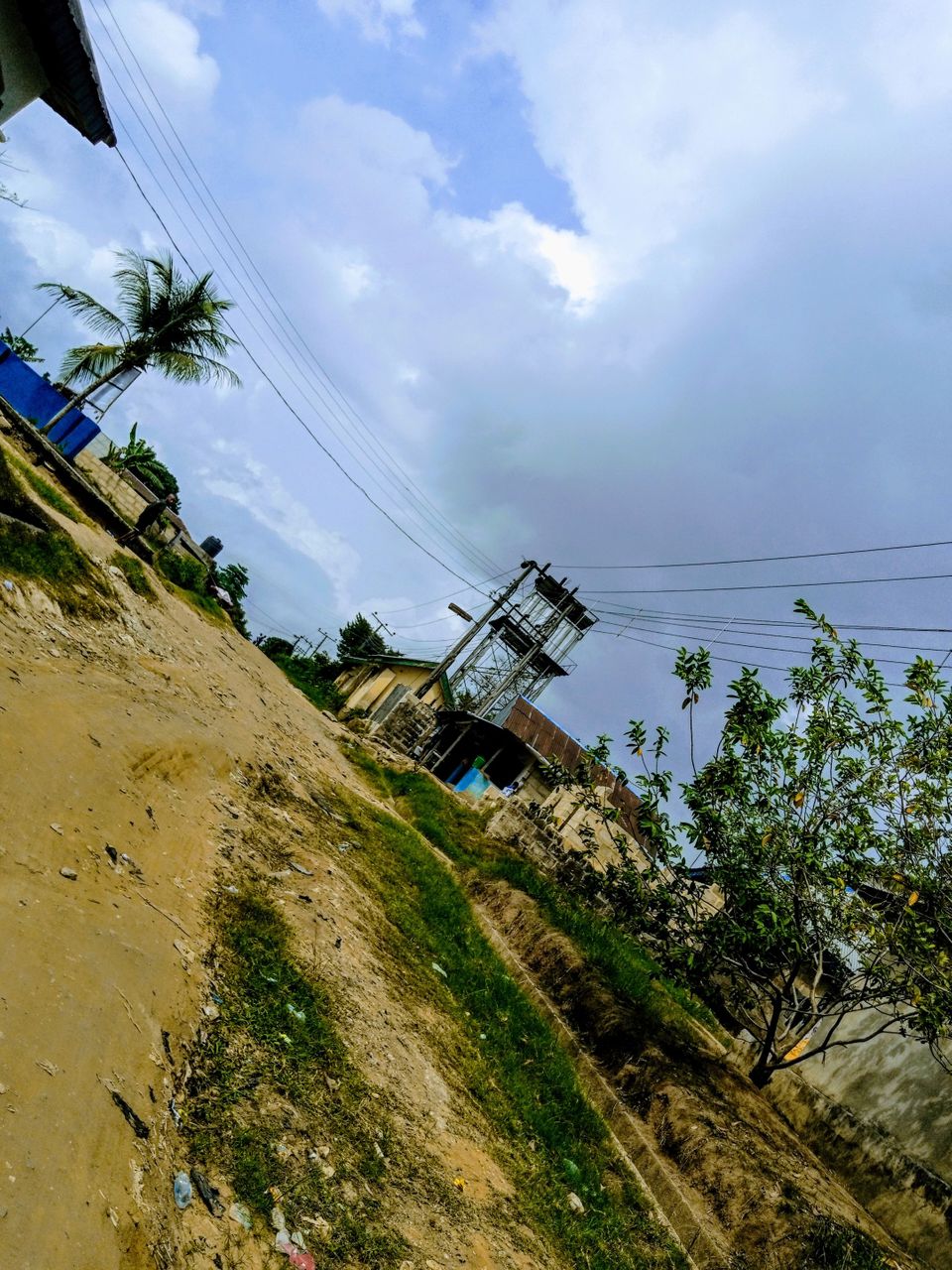 It wouldn't be fair if in the end the effort put into making this building and raising the bricks to this point is wasted.
Rather than waste it, I believe if an individual cannot finish up the house due to the fund needed to complete it, then the house should be sold to the government. I am sure if it becomes the government's property, it will be taken proper care of and the completing process would be taken into consideration. And in no time, a complete block will be raised and in this way also, a company can be established which would need workers and employees, as such poverty could be reduced in the locality in a way. 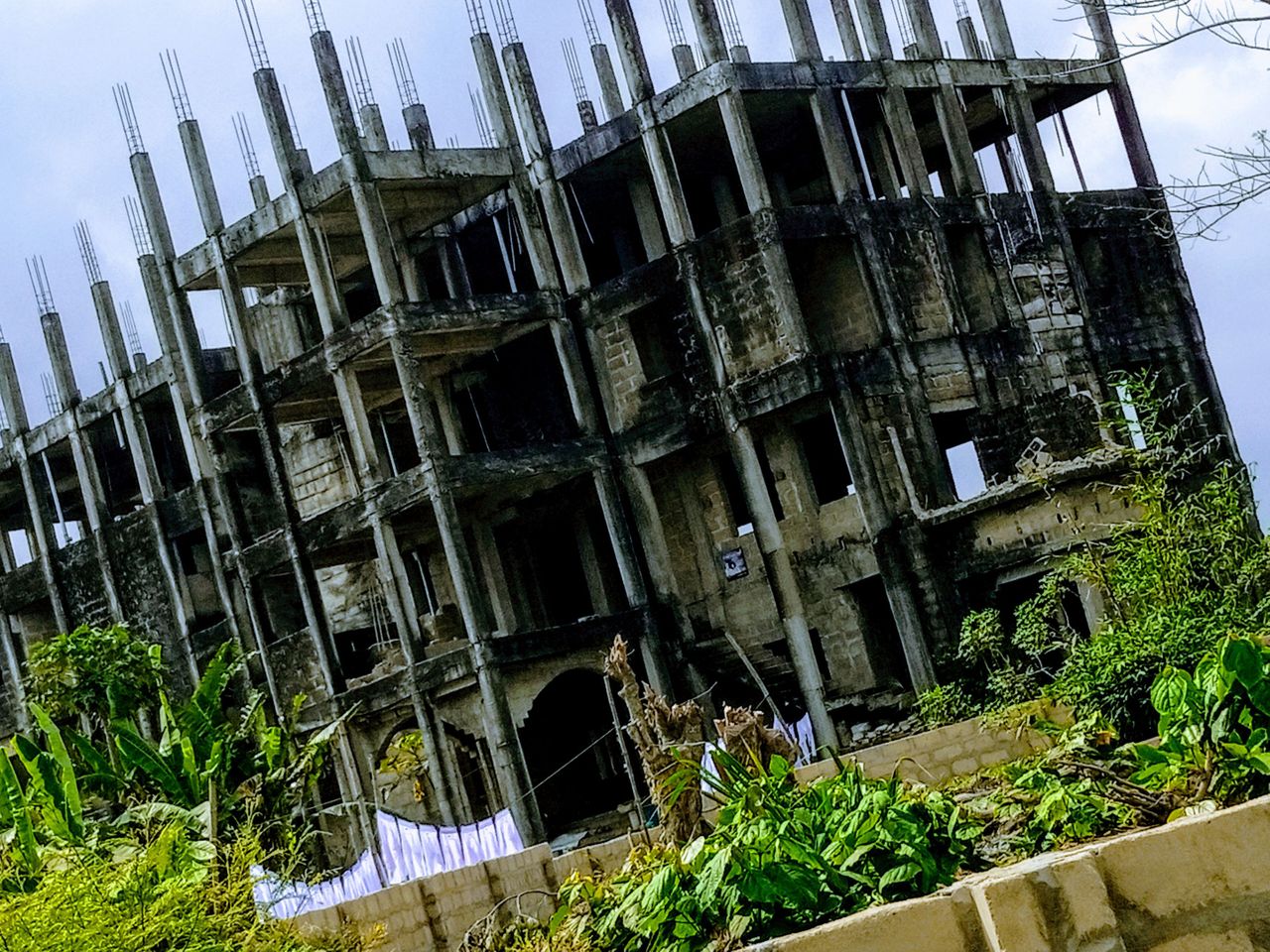 A new house will be raised soon right in front of the storey building. The foundation is laid already and I am guessing it would be a bungalow but I am not sure yet until the building process begins.
Anyway, what's your say about the abandoned building?
Is it advisable to be left abandoned, demolished, or a better option is to sell off the land with the building?