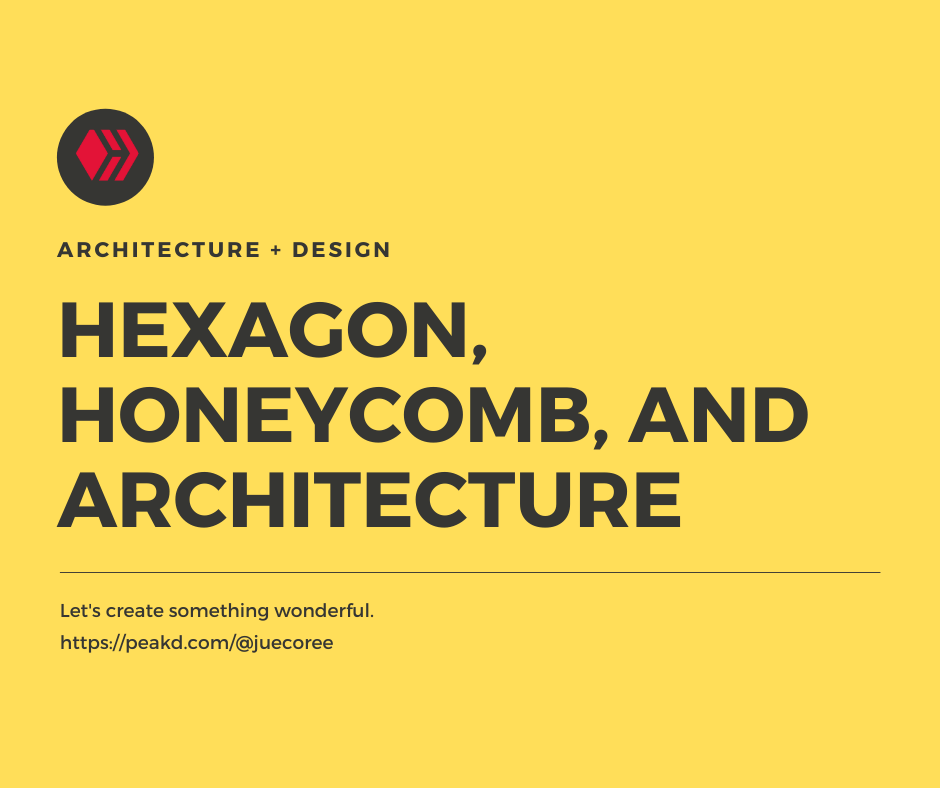 There are many natural patterns in nature. Some are obvious, while others hide in our plain sight. We can see repetition and symmetry. We saw hexagon as a simple shape and nothing less of a wonder, but it seemingly appears in nature more frequently than we thought. The beehive's honeycomb has a hexagon, and it is the best known natural form of a hexagon. Several traditions considered hexagons to be profound and even with sacred significance.

We expect nature to have messy patterns and simple lines and geometries with a random arrangement and are simply chaotic. That wasn't the case for hexagons appear in nature like a perfect shape. The hexagon is symmetrical and tessellate. In terms of tessellating, it is space that can cover the whole given perimeter.

Closely observing the honeycombs, honeycombs are an engineering marvel in effectively storing nectar in an array of a precise hexagonal cross-section in each cell. Bees designed wax walls with calculated thickness in a way that enables them to prevent the honey from leaking out. The honeycomb is aligning to Earth's magnetic field as well. The honeycomb's engineering precision-built without a blueprint enables bees to work simultaneously without mismatching cells in the comb. Bees seem to know that hexagonal cell is the shape for their comb.

Some believed that bees aren't geometrician after all. The Honeycombs is a product of simple following of rules. Create a wax tube and place them close together. Once completed, bees climb inside and raise their body temperature. The body heat softens the cells to form the hexagon shape. It seems the hexagon is initially round. We can see these forms in the honeycomb of worms, Sabellaria alveolata, too. The titling pattern also appears in fruit skins. We can see it on a corn cob with distinct green, hexagonal scales. Breadfruits have it.

Animals have hexagonal patterns too. The extinct coral Cyathophyllum hexagonum has a hexagonal surface. The eyes of dragonflies have 30,000 hexagons that make them have a multicolor vision, which is better than any species. Snakes have scales of various forms and sizes, with the head and neck having the most noticeable scales. Snake wears hexagonal patterns on their skin. Inorganic materials depict hexagonal patterns and structures like Quartz, which takes hexagonal shape seriously with hexagonal cross-section and has a six-sided pyramid. Water molecules form different ices, but hexagon dominates its form. Snowflakes also show a hexagonal pattern. Single snowflakes form mostly a symmetrical hexagon pattern.

Hexagon is everywhere. We are primarily composed of hexagons. It all comes down to the incredibly gifted carbon atom. We can found hexagons in many biochemicals such as sugar, amino acids, benzene, and even our DNA. Some hexagon patterns in DNA are the bases that carry genetic information. We can even see a hexagon pattern in cloud formation across the north pole or other planets. 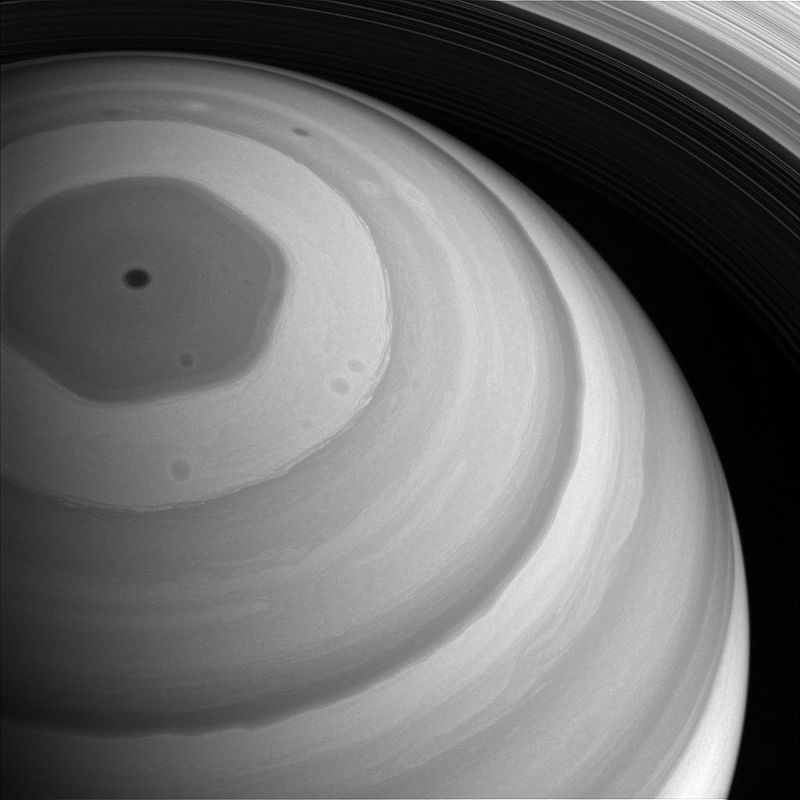 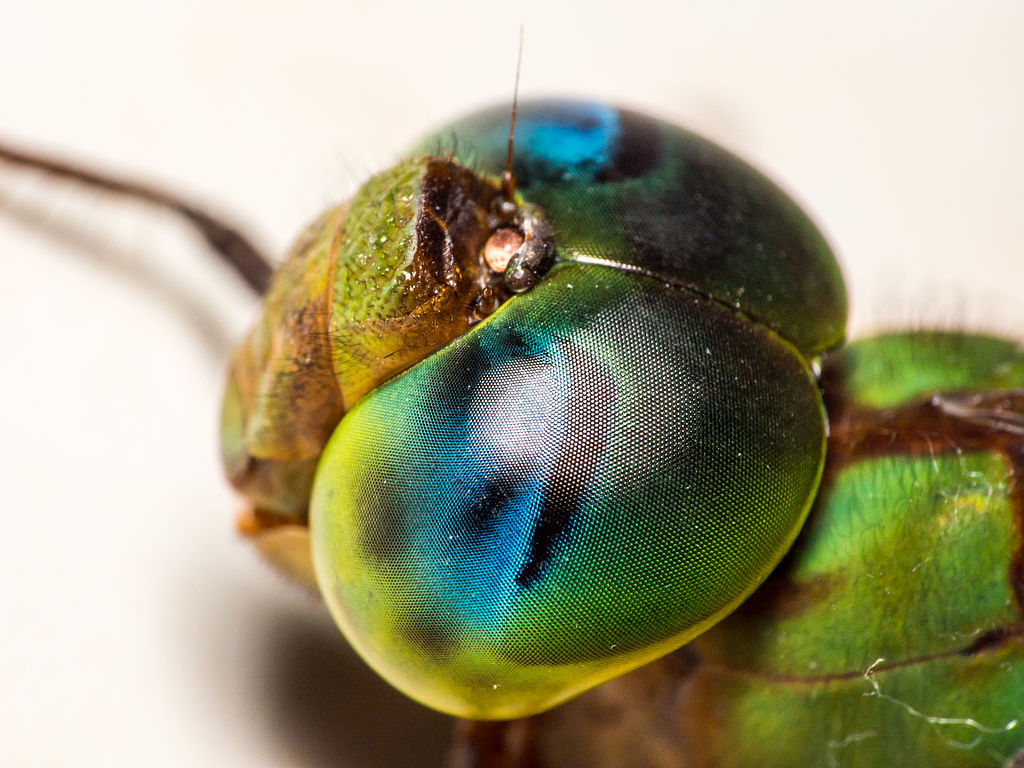 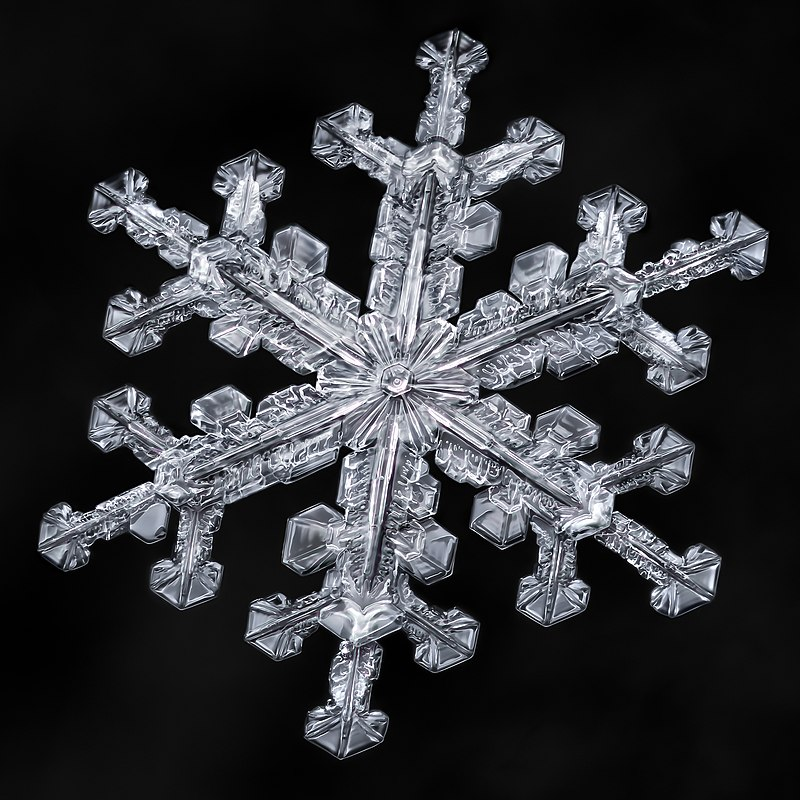 But why hexagon, right? It is simple geometry and how we can closely pack together cells in an identical shape and size. It is to optimize a given space to fill up optimally. We can draw inspiration from it in designing spaces. We have three regular shapes that work perfectly with our designs: equilateral triangles, squares, and hexagons. Hexagons edge out the others in terms of optimizing the space. It has shorter walls as to triangles and squares. In our designs, we want it to be cost-efficient. Hexagons can provide that cost-efficiency.

Bees instinctively create these wax chambers, as Darwin explains due to natural selection. Natural selection takes pride in nature's biological research for over a million years. While bees appear to have specific talents for measuring angles and wall thickness, not everyone agrees on how much they rely on them. It is since nature creates hexagonal arrays of cells in the first place. Inspired by nature, we build better spaces that are functional and optimal.

In addition, Charles Darwin believed the honeycomb shape was ideal. It creates the design for various reasons, like many mathematicians, scientists, painters, architects gain insight from it. Architects and designers grew to appreciate it as well, maybe for its enigmatic characteristics, brilliant design, and zen-like influence over humans.

By imitating the design of honeycombs, architects and designers can save up space and utilized it better. When we stacked hexagons together in an offset pattern, we can create buildings with high compression strength. In summer, the waxy structure of beehives dissipates heat efficiently, keeping the wax from melting. We can consider it to design natural ventilation for our spaces. It will result in efficient, robust, and regulated heat loss in our buildings. It is no surprise that honeycombs inspire human architecture, and design optimizes our space. 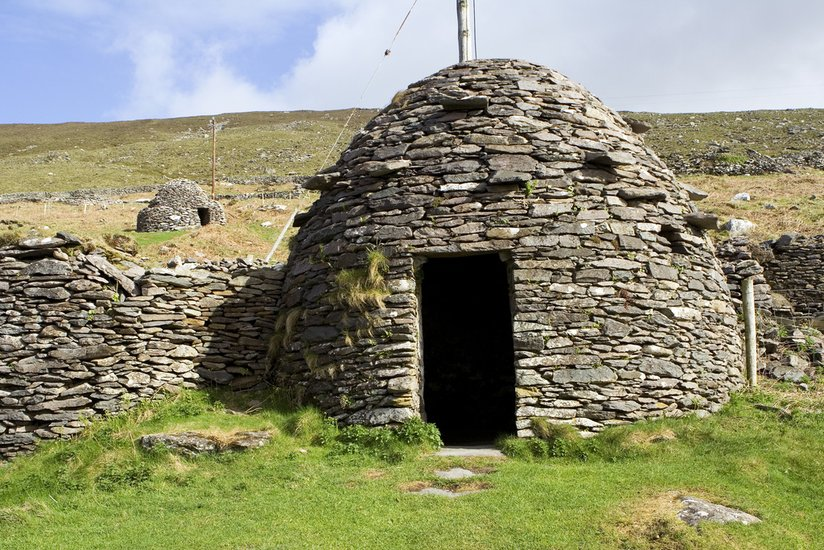 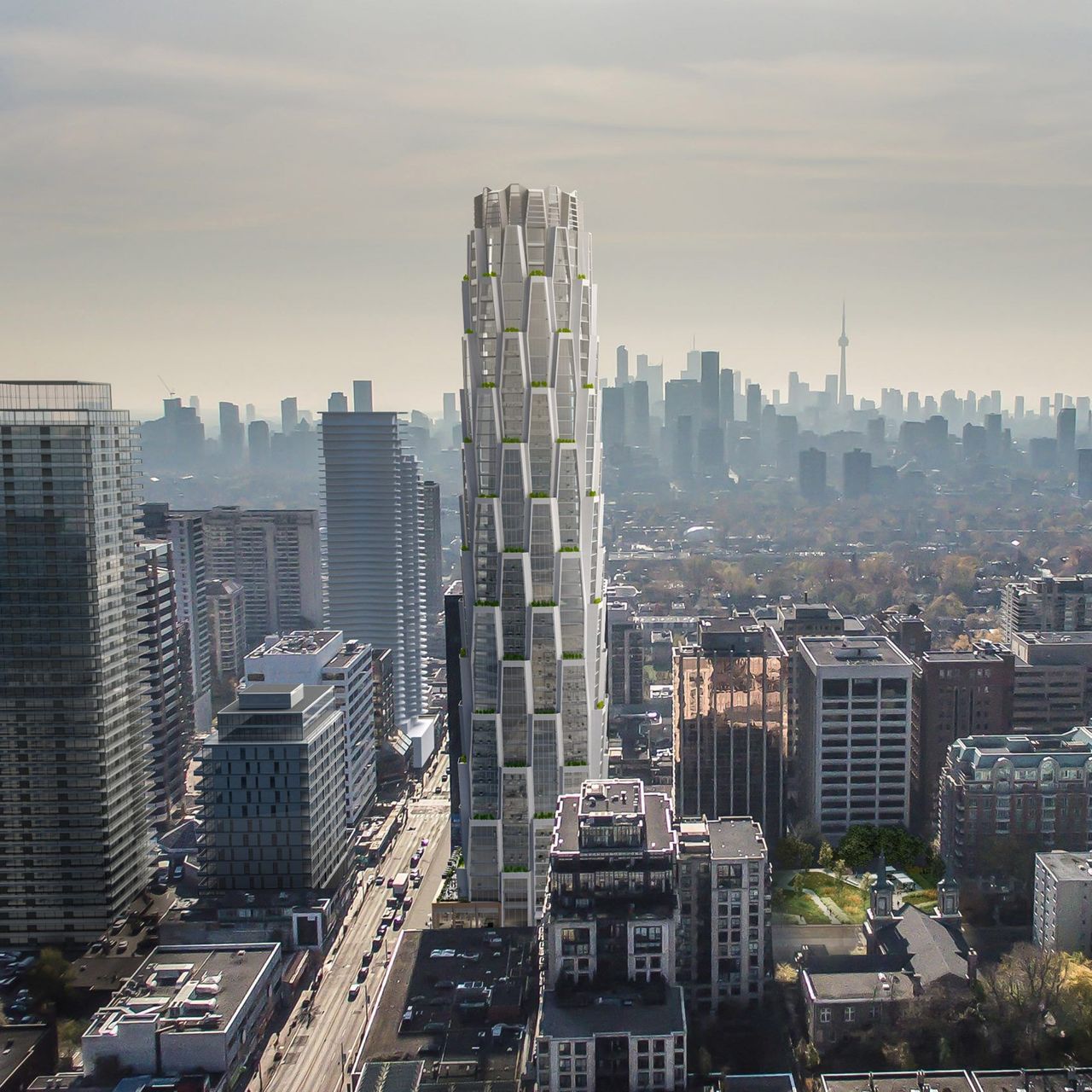 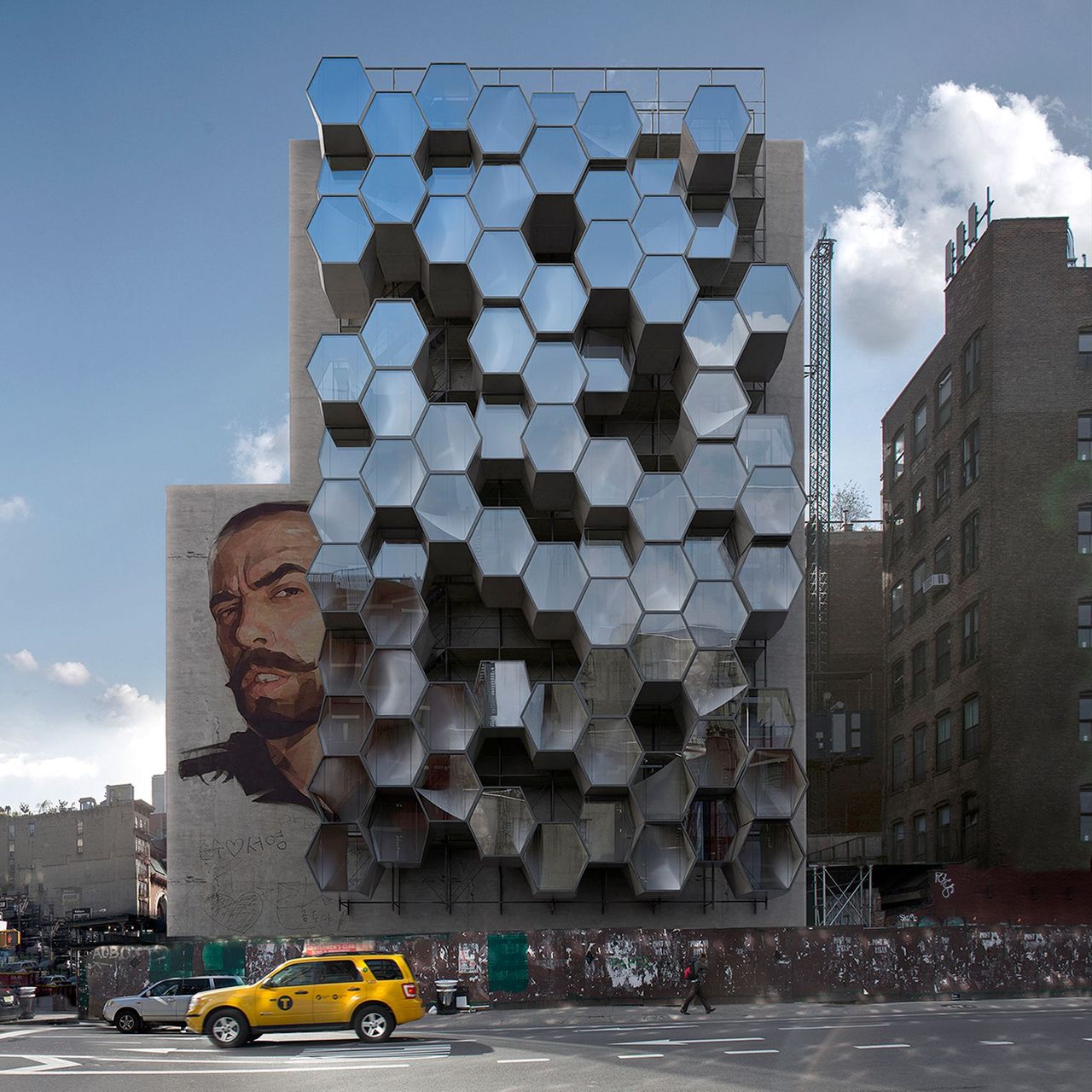 Hive-shaped houses in the countryside of Ireland and Scotland take some inspiration from the honeycombs. It offers both shelter and protection due to its camouflaging effect. Some of the houses are 4000 years old and use vernacular materials that blend with the landscape. The design of these homes prides on all-natural ventilation and heating that completely mimics the honeycombs. In recent years, there are Tetris-like honeycomb modular houses, which are easy to install. These are great for campers, festivals, and temporary homes. It takes pride in its space-efficient design.

Modern architectural buildings are designed with a bee's honeycomb and a hexagonal pattern-inspired structures such as Duo in Singapore, One Delisle in Toronto, Canada, and Homed by Framlab in New York City. The curving sections of these glass towers in Singapore, built by Büro Ole Scheeren for the city-Kampong state's Glam neighborhood, are framed by hexagonal frames. One Delisle is a tower in Toronto composed of extended hexagonal sections topped with terraces and planters. The architect's design consists of eight-story-high pieces fashioned like distorted hexagons and piled together to form a tapering tower. While Homed by Framelab in New York, the architect imagined a scaffolding built atop windowless facades around the city, with hexagon-shaped modules slotted within.

I am amazed how hexagons are a part of our everyday lives, yet we often fail to see their pervasiveness or overlook it. The hexagon is more complex than we previously imagined, and certain features of its form remain a mystery. When we pay closer attention to the things around us, we may learn that there is more to it than a simple shape or object like how we perceive hexagons. It is clear as a day that nature loves hexagon, and it seems godly in some sense. Whether it is sacred or natural evolution, we can learn from it and design a functional and optimal space, even aesthetically appealing.

Check out the previous articles on Nature, Architecture and Design series
(Click the image to read the articles/post) 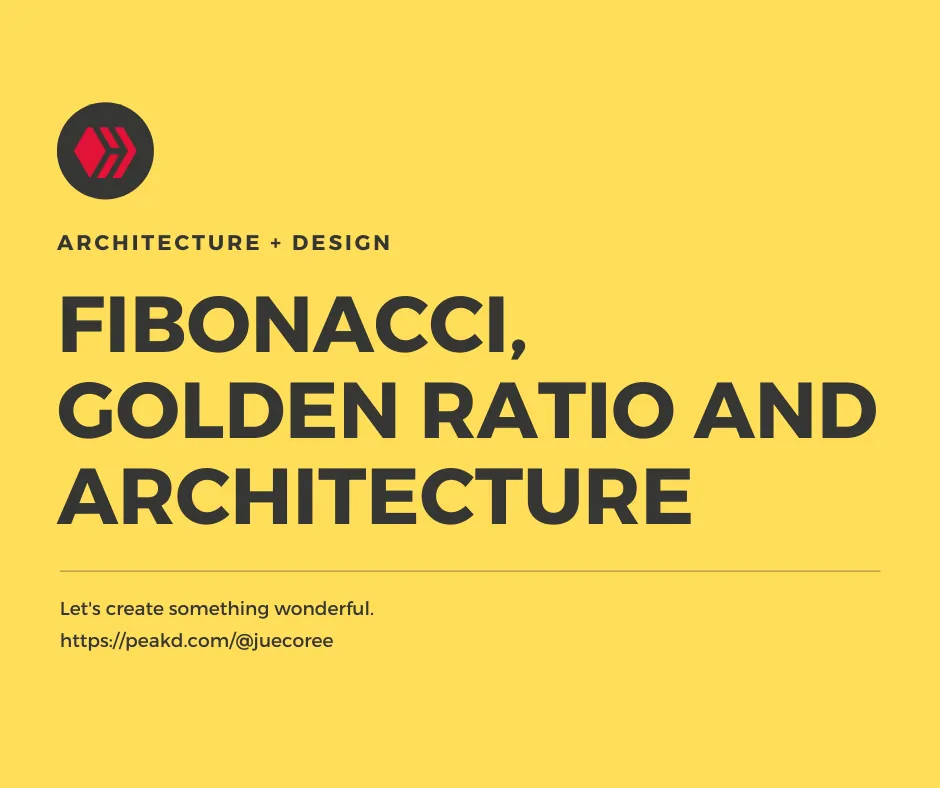 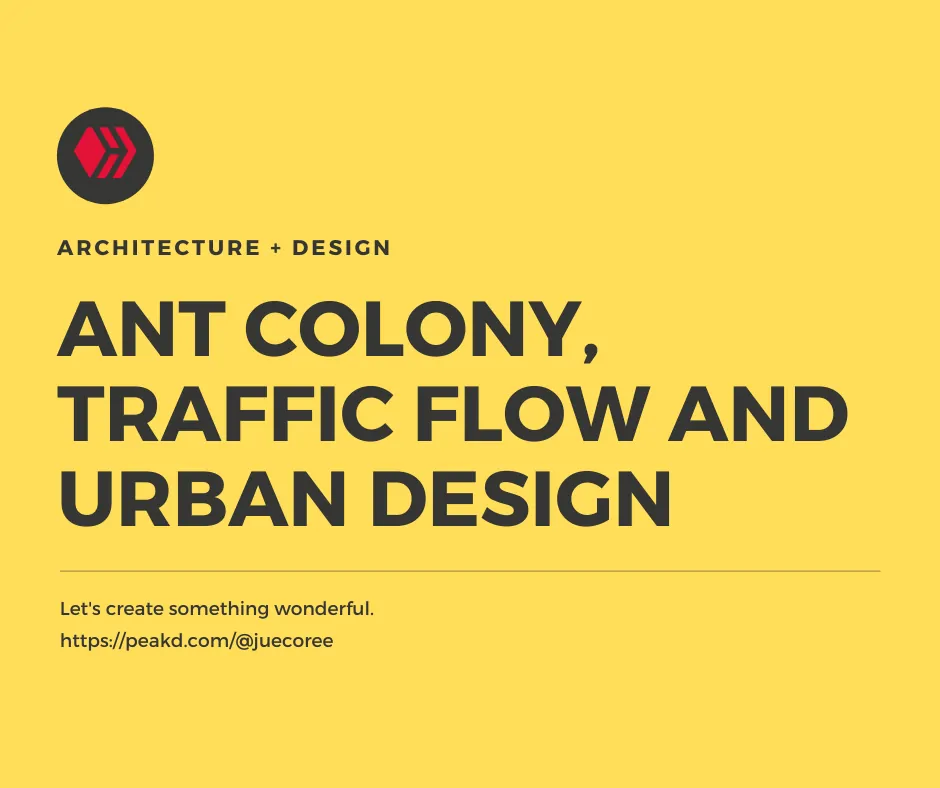 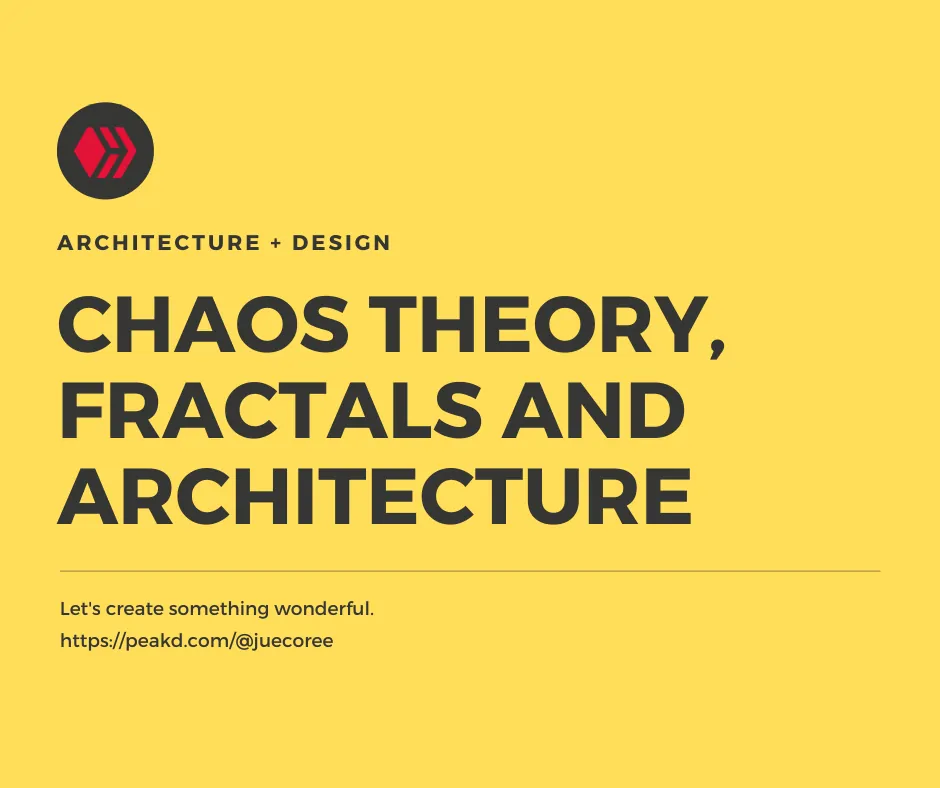 Photo Credit (in order of appearance)