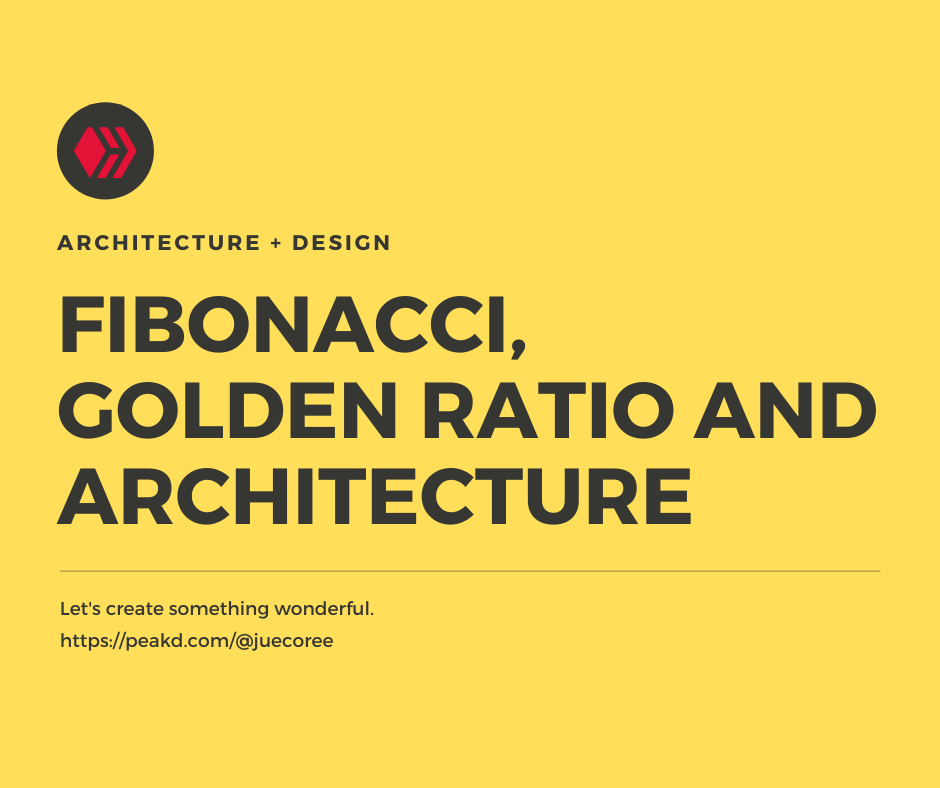 One of the goals is to have a design that is clear and understandable. Architects create designs that showcased well-organized, balanced, and easily absorbed by the users to have a better experience of the space. To do this, architects find inspiration from nature and its ingenuity. We saw beautiful patterns with good proportion and balance in nature, and these patterns are of the golden ratio and the Fibonacci sequence. A golden ratio is a tool that often overlooks. The golden ratio is a mathematical ratio that we can see in beautiful proportion in our designs and nature. Aside from the golden ratio, the Fibonacci sequence is an occurring pattern in nature, from petals and seashells to galaxies, that architects and designers can use in their designs.

We can trace back the theory of the golden ratio to the time of Pi. Throughout the years, philosophers, scientists, architects, and designers have an eye for it. For architecture and design, we are in awe to saw pleasing designs of living space and structures, from the Parthenon in Greece and the Pyramids of Egypt. Architects use the ratio to create better proportion and balance of structural elements in their designs. We can associate the popularity of the golden ratio surge due to our association with it as godly and natural. It enables the space to be aesthetically appealing. 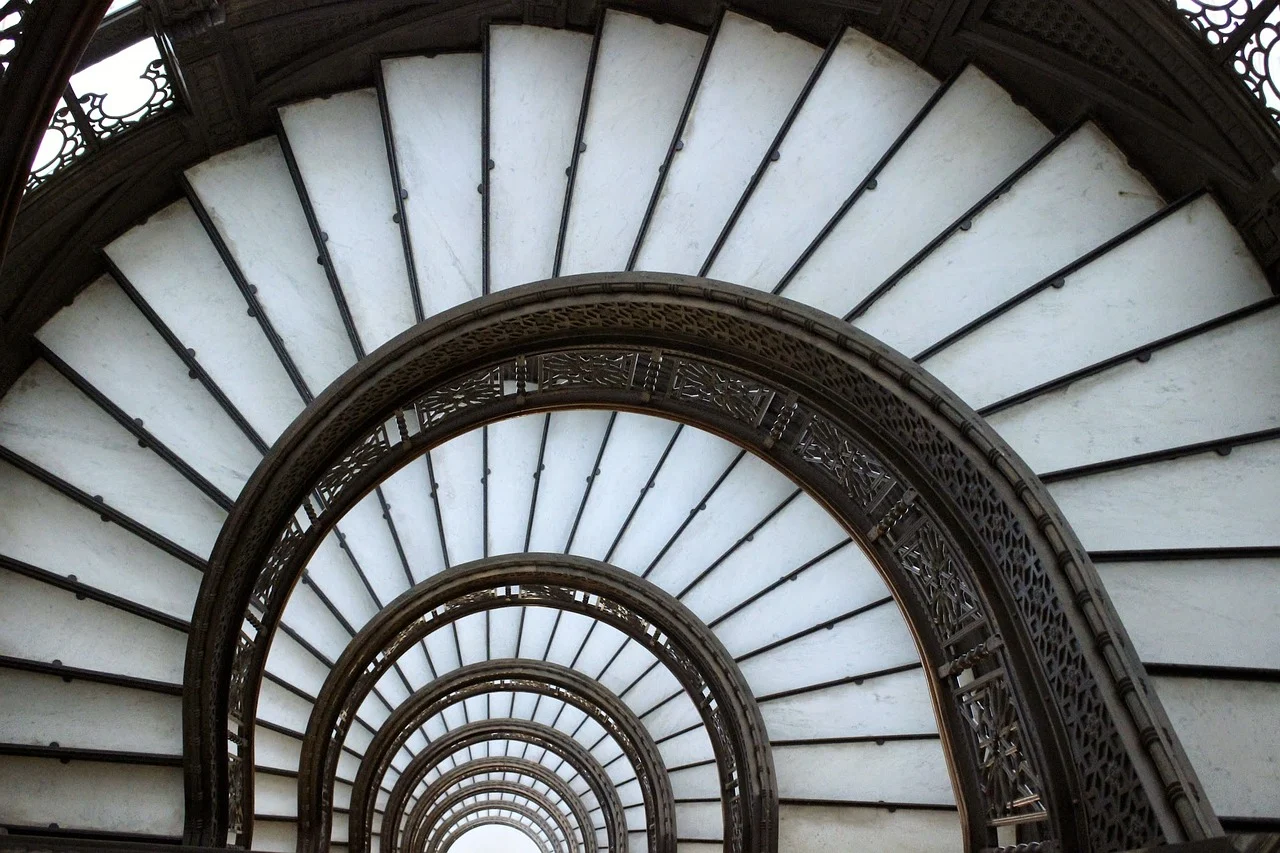 The Fibonacci sequence is a genuine natural miracle. It is as if a grand designer orchestrating things to be proportionate, balance, and aesthetically pleasing. Many called it the secret code of nature. No matter how we look at it, the sequence is nature itself. When we adopt it to our design, we can have a living space, which metaphorically has living space in one with nature. A Fibonacci spiral is a series of linked circles drawn inside an array of squares with sizes that follow the Fibonacci sequence. One brilliant example is the sunflower with its seeds produce and migrates out to fill a seemingly endless spiral pattern. Snail shells, the spiders' web, and the cochlea in our inner ear align with the golden ratio and resonates with the Fibonacci sequence. Even ourselves adhere to it. A fetus formation adheres to the golden ratio as well as the proportion in our body.

We may know that the sequence begins with 1 and 1. We then complete the series by adding the previous number. We get 1, 1, 2, 3, 5, 8, 13, 21, 34, 55, 89, 144 and so on until infinity. The Fibonacci sequence and the golden ratio are inextricably linked. That every two numbers in succession, when we divide it, gets closer and closer to the golden ratio, which is 1.618. Artists and architects like Leonardo Da Vinci, Salvador Dali, and Le Corbusier proportioned their work near the golden ratio; hence it is aesthetically pleasing. 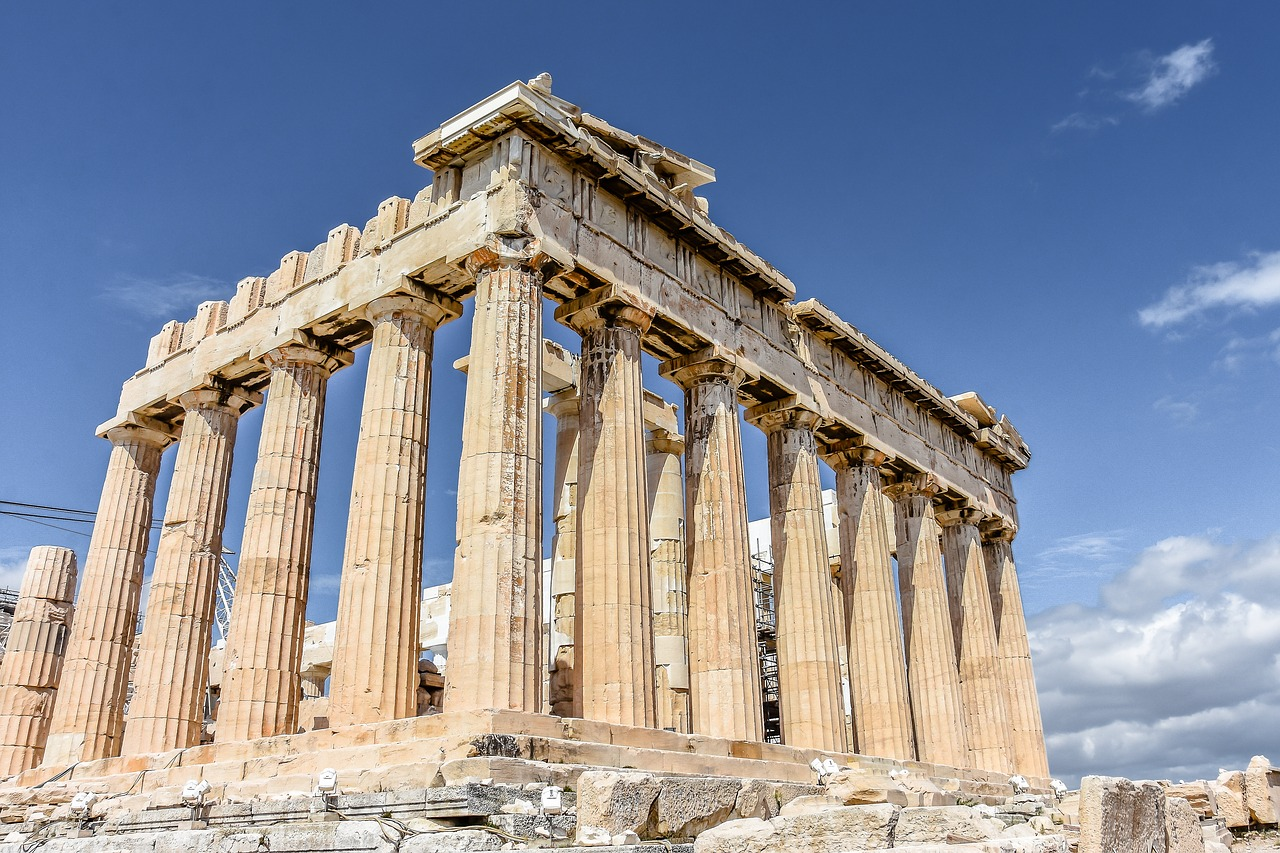 Gustav Theodore Fechner proves how aesthetically appealing the golden ratio. He conducted an experiment where he let people chose between a square with a 1:1 dimension and a long rectangle with 2.5:1 dimensions, which approximate the golden ratio. The majority chose the rectangle as more appealing than the square. Adrian Brian reveals that our eyes' layout allows us to receive and understand stimuli with the golden ratio proportion. Maybe, it is why our mobile phone is at a 3:2 ratio or our HDTV displays at a 16:9.

As I stated earlier, it was a favorite among artists and architects to achieve that natural proportion and balance. Villa La Rotonda of Palladio used it while Le Corbusier had it in Modulor I and II, which he depicts the golden ratio in his composition and drawings. The 1:.618 occurs in nature and artificial structures repeatedly, from the shape of the universe and our bodies to beautiful architectural masterpieces. Several people used it beyond mathematics, in arts, architecture, design, and even music. With these several applications, it is not surprising that it is one of the fundamental principles in architecture and design. 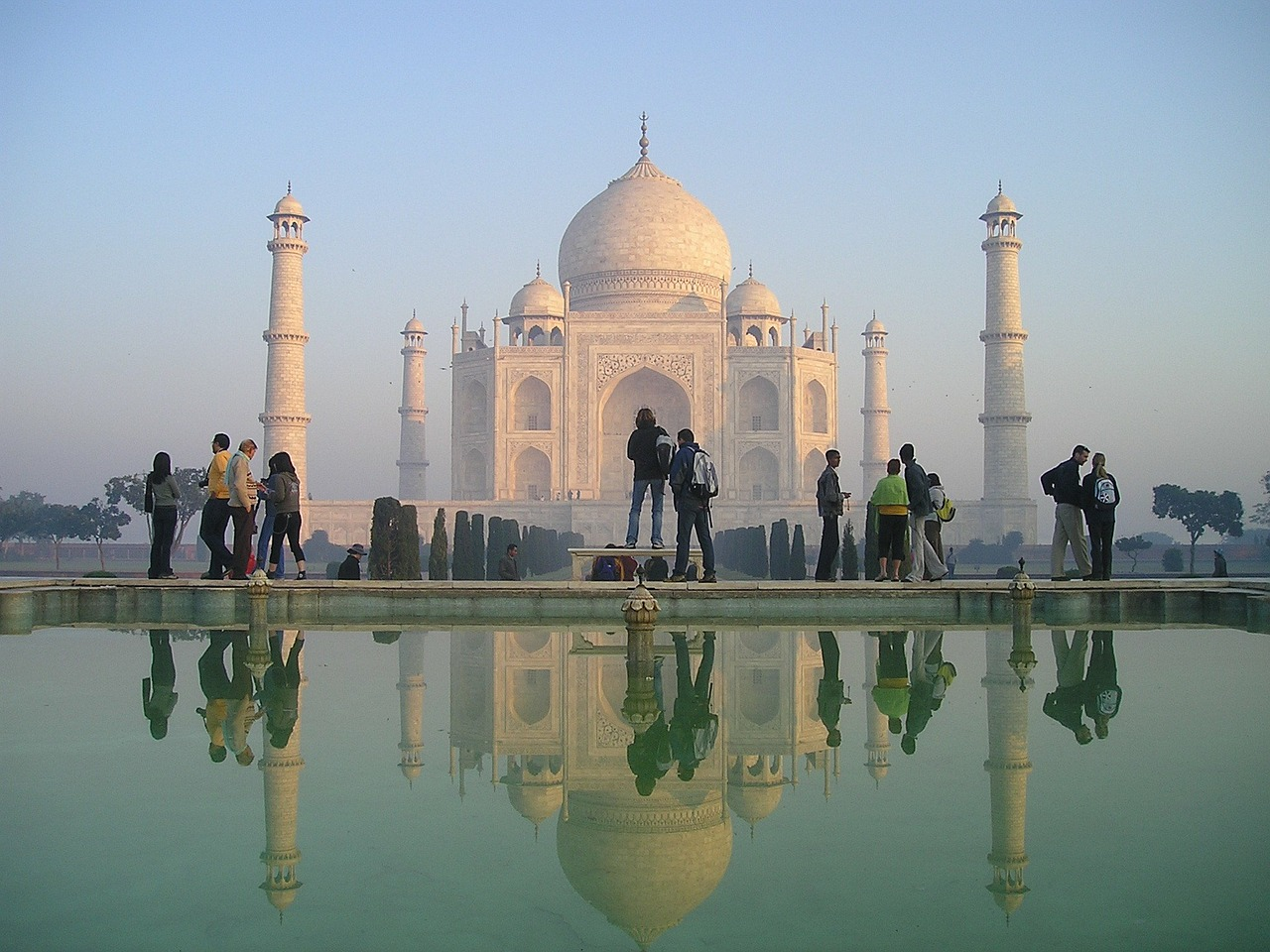 We like building and living spaces that are well-balanced. We saw everyday modern architectural marvels, and we are in awe of how well the architect designed it. But there are times that we feel space is less functional than the conventional ones. Maybe, there is space that is overdesign and is more of the forced aesthetics but lacks balance. Architects and designers can give a balanced space by using the golden triangle as the basis of proportion in the design or the Fibonacci spiral to make the seemingly continuous curve, which is pleasing. 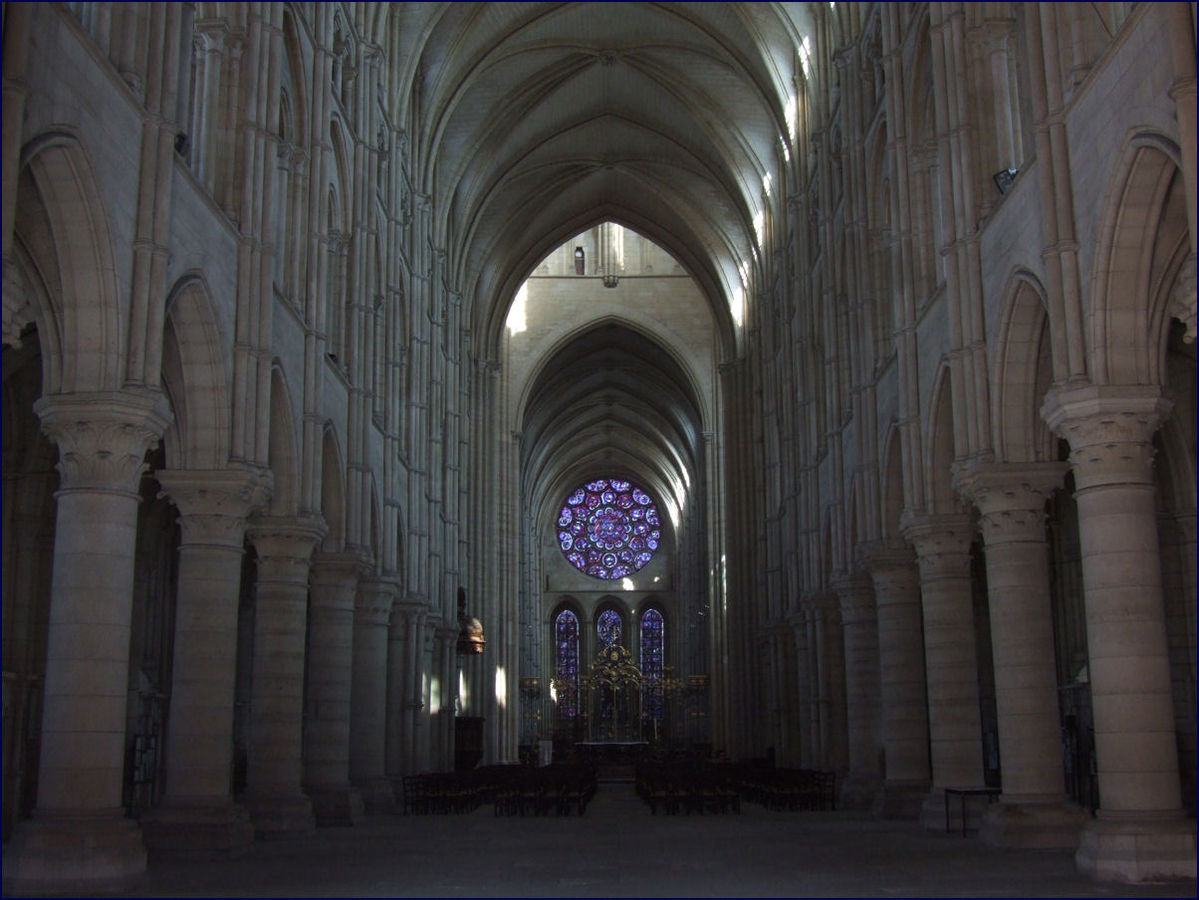 In designing spaces, we prefer to have overall connectivity between areas. It should have seemingly free flow between functional spaces. While building our houses, it is natural for us to choose to have a dining room adjacent to the kitchen while a playroom away from the home office or library. The proportion of these spaces can be anchored to the golden ratio, enabling us to feel the living space as cohesive and functional. We can establish how to space out windows and how we locate a door in a room to be aesthetically appealing using the golden ratio. Above all, we can use the golden ratio to give space connectivity.