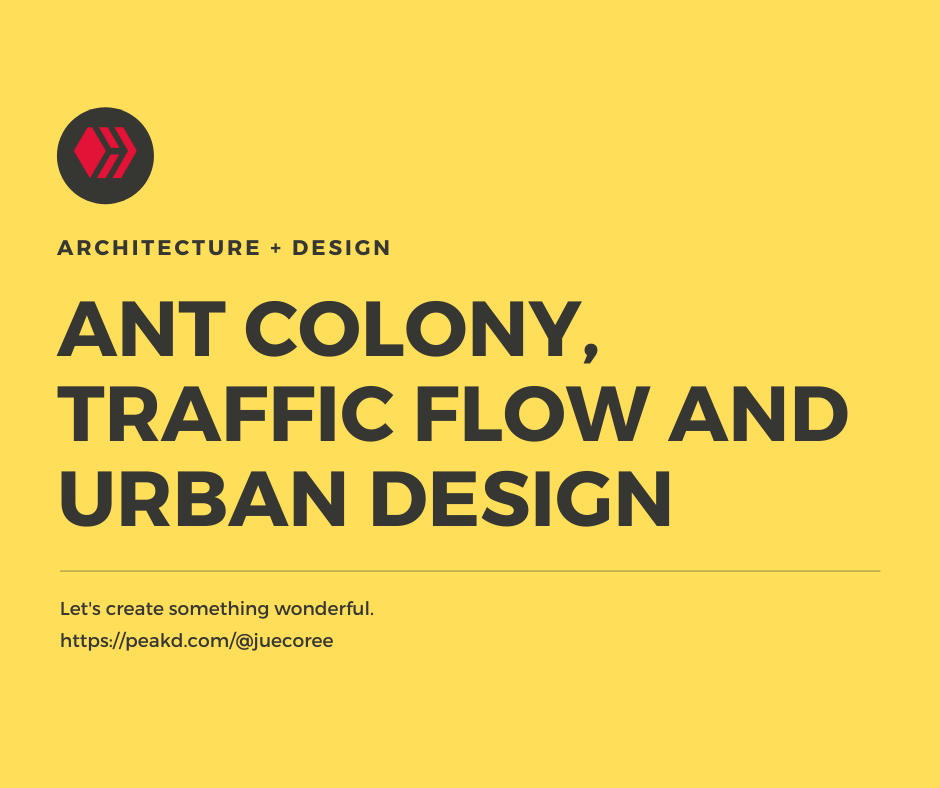 As our cities grow and the population blooms, we saw how our roads became packed with cars and traffic worsen. Our daily travel or commute became too much of a hustle. Urban planners find means to ease it, but we only see little success due to inherent issues on the unpredictability of factors influencing what causes it. We always seek a better way to design road and transport networks to curves out traffic and have an optimal operation.

Understanding the science behind traffic tells us a different story, and grasping every factor seems an insane task to do. Collectively, it is diverse, from ecology and human behavior to network and urban design. It seems a daunting task with countless insights that aim to find novel ways to keep our roads free up. We can observe nature and find inspiration to solve road and transportation network issues from ants' superb colonial organization and operate optimally.

Despite their little bodies, ants are successful species that colonized every place except for Antarctica. We can see them as we walk down the sidewalks or crawling in our walls. They aided other plants and animal species in their evolution. Ants may be aggressive to other species, but they cooperate well with their colony, which is a primary cause of why they strive to live. Ant colonies exhibit an outstanding complex behavior that sets them apart from other species. They lived by strength in numbers, which collectively they can weigh more than all humans. 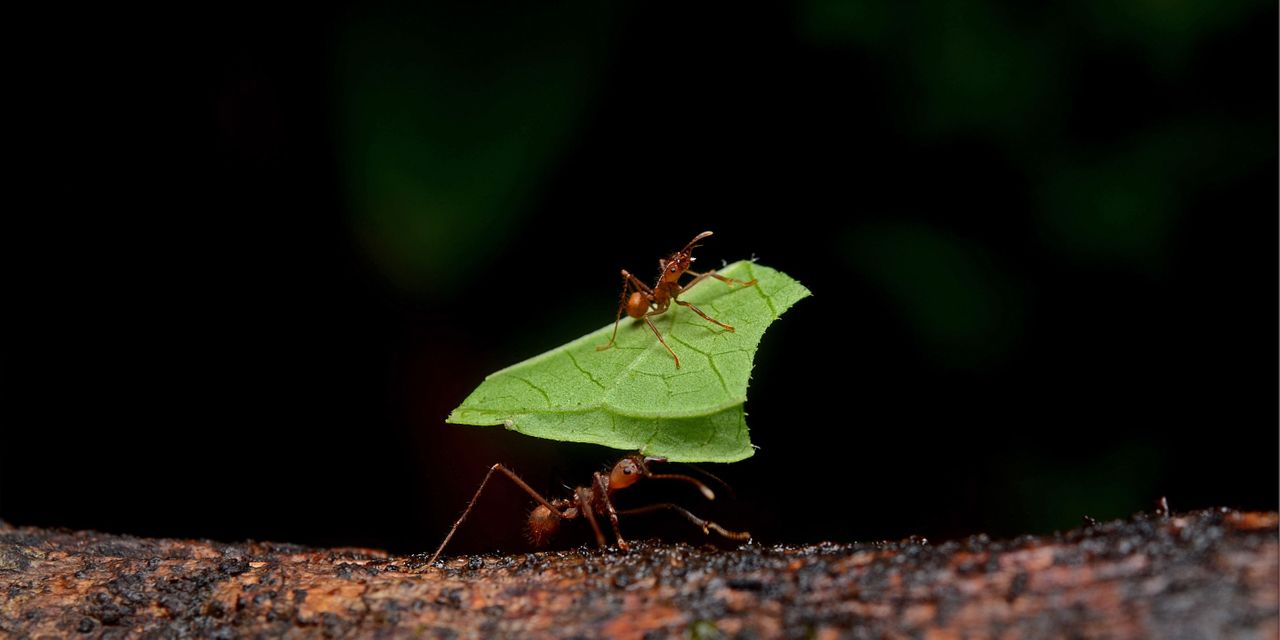 A Leaf-cutter ant with insane coordination | Photo by Geoff Gallice 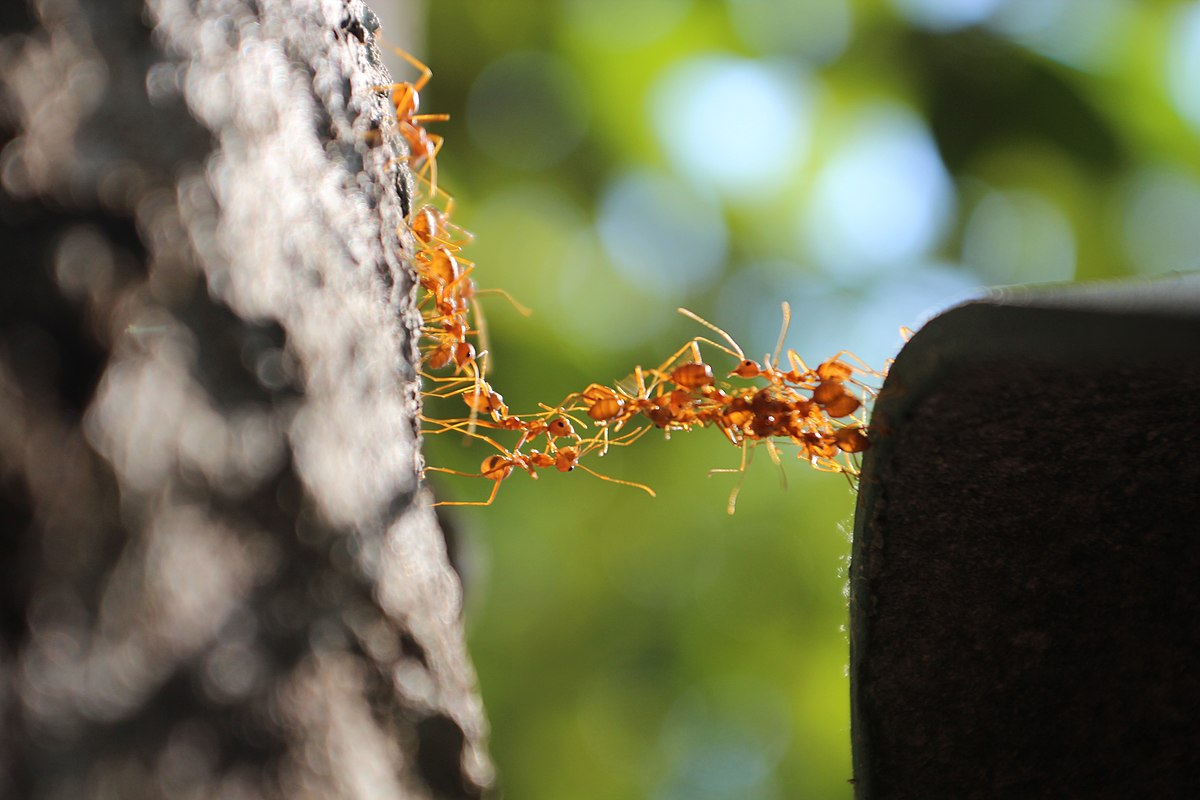 Stephanie Sammann explains the biology of ants and the ant colony. Sammann explains what make ant special to be able to pull off such magnificient feat of a social insect | Video from The Real Science

Complex, as it seems, but the ant colony is orderly. Ants colonies have each member a task to fulfill. They have the worker ants, which are non-reproductive, that work to provide food, shelter, and defense for the colonies, while the reproductive ant exists to serve as royals that in a latter can start their colonies when the queen dies. Polymorphism exists vividly in the ant colonies. Soldiers have bigger sizes as compared to other worker ants to defend their ant colonies. Medium size worker ants dig tunnels and collect food or garbage, while smaller ones cultivate and collect fungus. What makes ants outstanding is peculiar traits to communicate with flawless synchronicity despite their seemingly poor vision and hearing.

In 1962, entomologist EO Wilson discovered how ant communicates by observing how ants relay information to others to reach the source of food and the biology of the ant that makes it possible. Wilson noticed that ants tap their abdomen to the ground while traveling from the food source back to the colony, and when they meet others along the way, they tap antennae to one another. Wilson stumbled upon the Dufour's gland that was vital in decoding how ants communicate. The gland release different pheromones to relay information to others. It seems the ants are creating chemical trails from the food source back to the colony so that others can trace it.

Combining physical gestures and phenomenal language, the ants created a complex but effective communication system. They have a unique combination of signals that resemble syntax in our language. Aside from their ability to establish communication, ants built together with a home that seems an architectural feat full of rooms with roofs, walls, and floors. When traversing to the food source, they can build bridges by chaining their bodies when the passage has water in it. These structures and actions gave us an insight into how ants effectively assign labor. 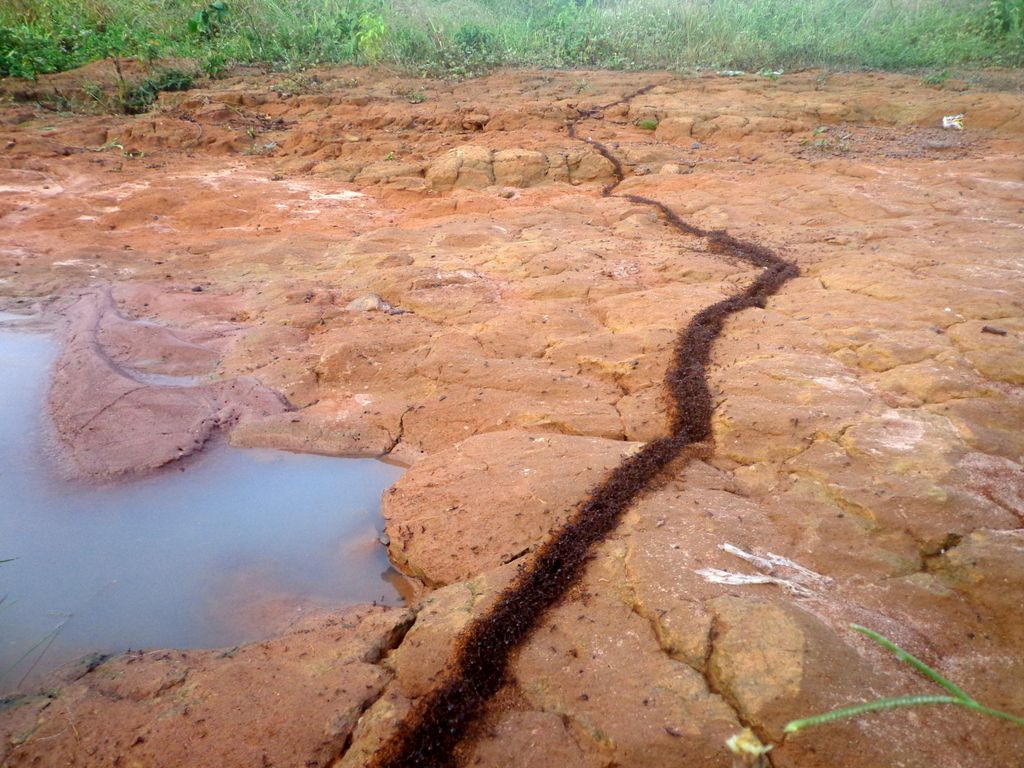 Black ant's trail as it moves across a muddy pond. | Photo by Dotun

Deborah M. Gordon provided an insight on what is inside the ant colony. Gordon discuss ant mate, communicate and source food, shedding light on how their actions can mimic and inform our own behavior. | Video from Ted-Ed

Ant has eased in going back and forth from their nest due to outstanding traffic management. They even managed narrow chemical trails, but somehow traffic flow is smooth even in rush hours. Scientists studied the traffic flow in ant colonies and found ants construct and maintain roadways similar to ours with fixed width and free from an obstacle. Christiane Hönicke observed that the more crowded the trails were, the more ant sped up about 25% in and out of the ant colonies, but collision became frequent, which we can't provably emulate.

One outstanding feature of ant's trails is that lanes evolved as the route became crowded. Researchers also discerned that ants give enough headways for ants to react to untoward situations and lowers traffic jams. We can have a zipper system to reduce congestion in our roads when merging two lanes, but it is still affected by drivers' behavior. Ants can find shorted possible routes between their colonies and the food source. We can expect ants to jams the trail similar to our highway, but ants find alternate routes every time they start to clog. We can observe ants still managed to have smooth traffic without jams even with narrow tunnels route. Ants' self-regulation is exceptional in that they keep adapting to new rules as things get crowded. 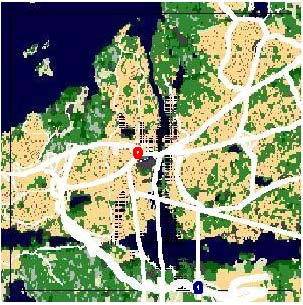 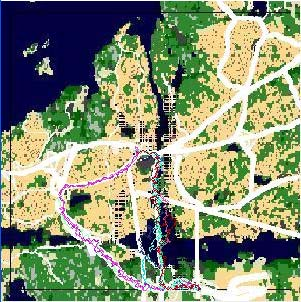 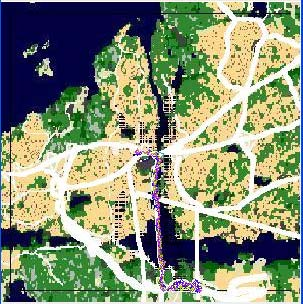 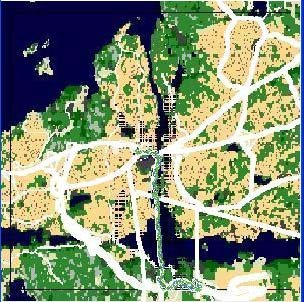 Adapting Ant behavior in finding the optimal road plan for farm to market (in terrains). | Photo by K.V. Arya

James Gorman explains how we can avoid traffic like ant with a simple experiment. He gives better insight on traffic planning.| Video from The New York Times

Aside from smooth traffic, we can learn from ants how we establish our cities. Ants build colonies near food sources. When I say near, ants seemingly consider the optimal distance between a food source and have less risk for predators and unfavorable conditions. Ants create a transport network that is optimal and resembles our transport network but seems costly to build. We can study how ants built their network and mimic the rules embedded in the ant network that will be cost-efficient.

Urban designers and planners can adapt it to design our road network and our energy and water grids in our cities. It ensures that the access to essential goods and services is at an optimal distance to us, and it helps lessen the cost of both water and electricity but is still efficient. Studying collective behaviors of ants and ant colonies give us better insight on how to plan with optimality and efficiency in mind.

We draw parallels to our system and nature, which nature hone for billion of the year. Urban designers and planners can tap into it to make our cities better. Ant reminded us that collective efforts win big time. It is how they strive for years despite their poor vision and hearing. Biomimicry addressed functionality and aesthetics pretty much to every design, whether for cities, architecture, or engineering. The ants' colonies teach us to design better networks in our cities.