Gothic Art: remarks for a debate Historians have never finished agreeing on the origins of an artistic and architectural style that began to prevail in Europe, approximately at the end of the 12th century: Gothic Art. Commonly accepted the thesis, that it was a natural and necessary solution to the obsolescence of Romanesque Art, there are researchers who go even further, indicating that its beginnings coincide with the moment of greatest splendor of the Knights of the Order of the Temple, gradually disappearing and curiously, in the mid-fourteenth century, when the Order was dissolved for heresy, its extensive assets requisitioned and its last commanders executed at the stake. There are also researchers, who go further in time and relate the findings that the mysterious nine founding knights of the Order of the Temple found during their excavations in the underground stables of the ancient Temple of Solomon, with this import of a new technique and conception of the Sacred Architecture, revolutionary for the time and that would give as a result, those buildings, that not in vain have been considered as the Light of Christianity and by default, of Europe: the great cathedrals. 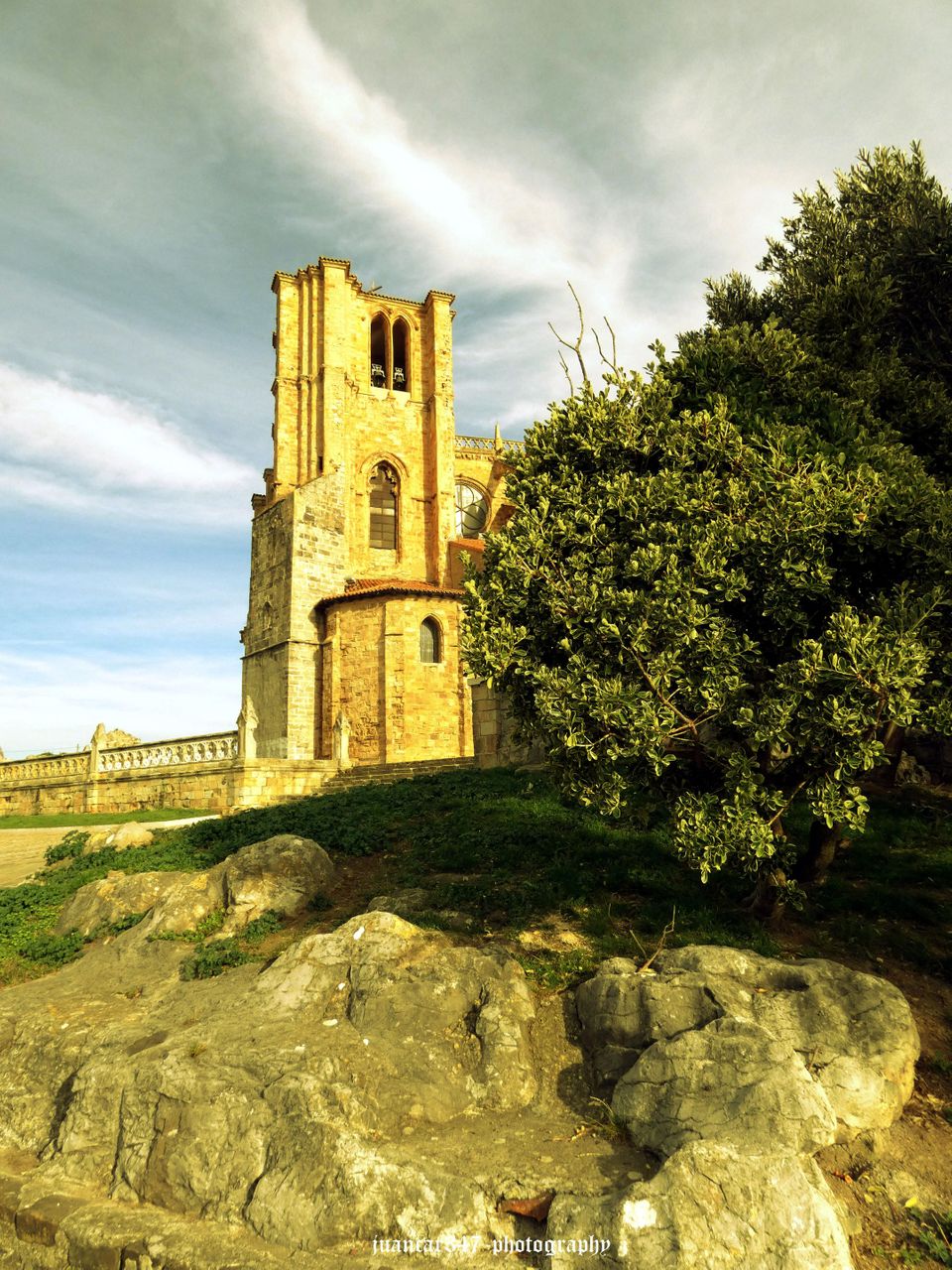 Without reaching the category of cathedral, but without detracting from it either, this magnificent temple, located in the heart of the Cantabrian coast, is one of the most interesting examples of a Gothic church and Templar presence that can be found in the Iberian Peninsula. 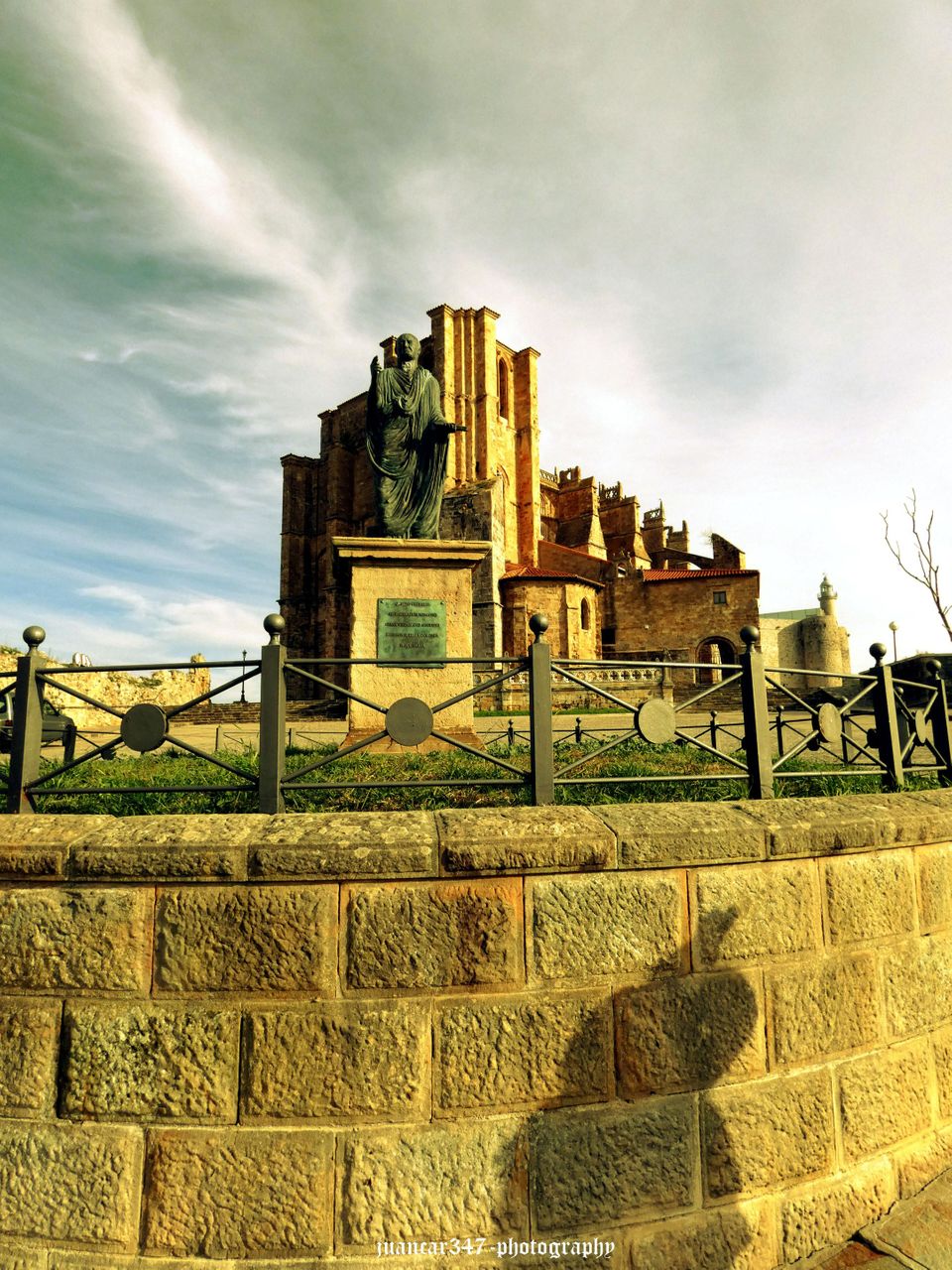 Located on a coastal promontory in the town of Castro Urdiales - the Roman Flaviobriga from the times of the Emperor Vespasiano, whose statue located next to the main entrance of the temple, thus recalls it - the Gothic temple, dedicated to the figure of Our Lady - certain documentation contained in the supposed Secret Rules of the Order of the Temple, attributed to a mysterious Master Roncellín, affirmed that with Her, that is, with Our Lady, 'his Religion began and ended'- of the Conception, it is located a few meters from the small castle or fort, inside which the lighthouse is also located. In the thirteenth century, both the temple and the garrison of the Templars were the main focus of attention of the crowds of pilgrims who arrived at the Cantabrian ports - disembarking in different places in the Basque Country, Cantabria and Asturias - choosing a harder path. -the so-called Camino de la Costa- but also much safer on its way to the Tomb of the Apostle, in Santiago de Compostela, saving the vicissitudes of a Spain that bled to death in the so-called Reconquest. And in the same way, as the artistic and psychological archetypes contained in Romanesque Art, Gothic Art also used its own: archetypes so difficult to unravel for the uninitiated, that even modern authors, such as the enigmatic Fulcanelli -author of two fundamental works on the subject, 'The mystery of the cathedrals' and 'The philosophical dwellings' - he described it as 'the language of the birds'.