Incredible gems hidden in plain sight on the streets of Kharkiv. 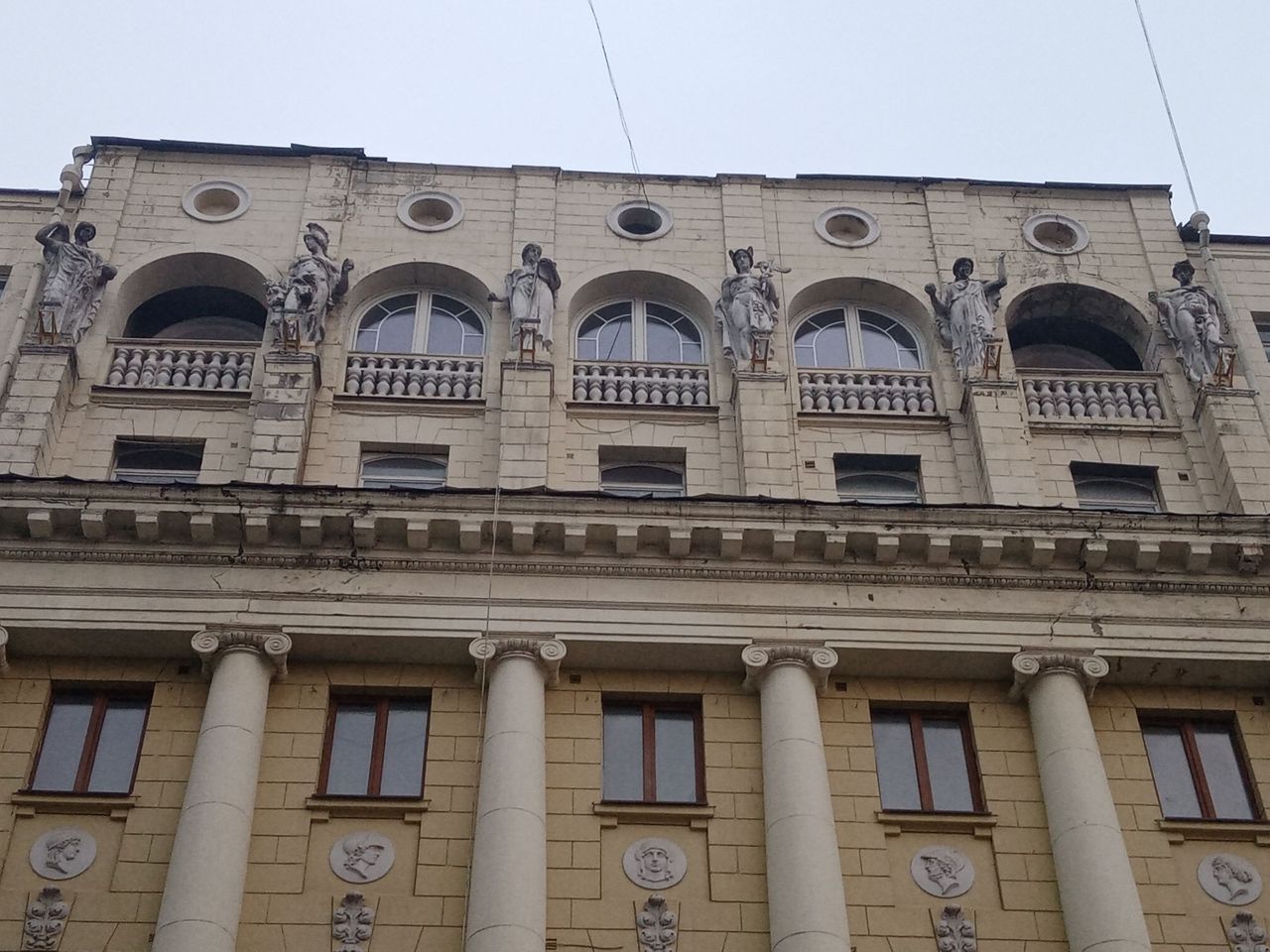 If you get over the rapid westernization of the city and look up at the seemingly rotting and neglected buildings of Kharkiv you will most probably catch a glimpse of some of the most awesome architecture. Buildings that carry a plethora of glory and history that idly sit without demandingly asking to be paid attention to.

Some of these majestic architectural works are situated right in the heart of the bustling city while some can be found in the most remote and deserted areas. Nevertheless, they have become very mundane and ignored albeit their lock-jaw structures. 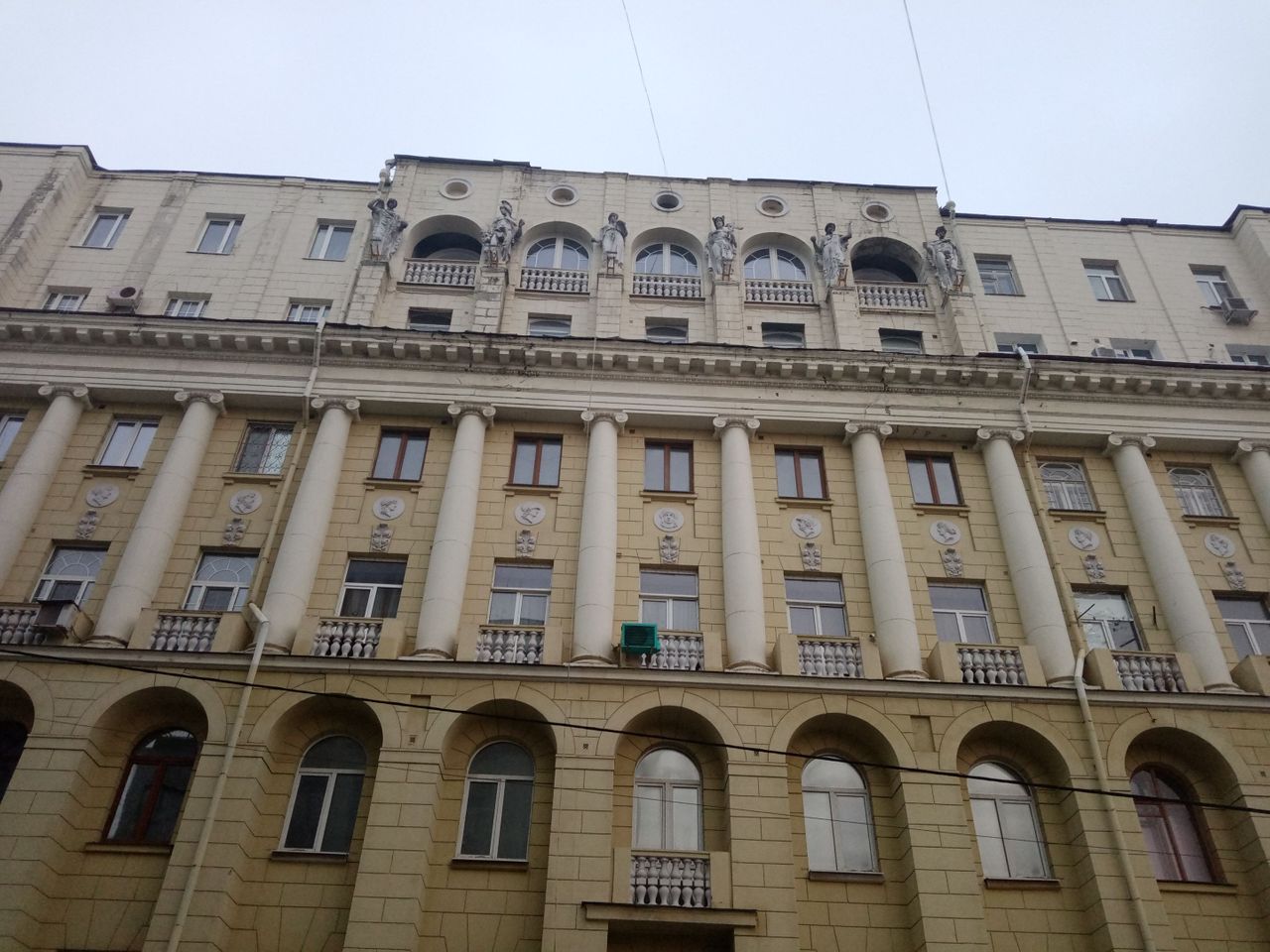 The building pictured above is a residential building with a pizzeria, a xerox shop, a coffee house, and a shoe shop. Other than that, it has the typical features of a neoclassical building. The grandiose structure, the huge columns, the Greek sculptures...and AC units. Most of the neoclassical buildings aren't as fortunate as this one. Right in the heart of the city, most of the marvelous structures are left to rot with time. While tonnes of locals pass by these buildings and even are patrons to the business under them, I often get sideways looks while staring at the buildings and taking pictures of them.

I wonder if the locals know something about them that I do not. Maybe these buildings have a history that has ripped away from their wow-factor from the locals. Or maybe they have simply gotten too used to them. In anyways, this one has been refurbished and given a new breath of life. Many have not been given that touch of luck. I tried to do some reading online. However, there isn't much to be found there regarding neoclassical architecture and Kharkiv city. One of the articles I stumbled upon suggested that the architecture in the city was very diluted given the history of Kharkiv. The city has had its share of remodeling and redesigning all the way from the pre-soviet, soviet, and post-soviet eras. Even today a lot of rediscovering is happening as we speak. The article went to say that the older structures have had a huge influence from neoclassical, neo-baroque, and modernism.

It still does not take away the marvellousness of these structures. The building pictured above was erected in 1906. Right now it is situated in the heart of the city a few blocks away from the mayor's office. The building is one from many that have been left to time to run its course. Does it not deserve preservation?

It is a residential building now. But judging by its size and the elements it boasts, it had to be something of more worth in its time. In the middle, there are 3 sculptures looking at what used to be an avenue. One of them has lost its face already.

On the eastern most corner, there is a sculpture of 3 toddlers holding hands under what looks to be a Greek fountain. The toddler in middle is looking down at the path that leads to the main entrance of the building. The other 2 are holding its hands from either side and looking at its face. 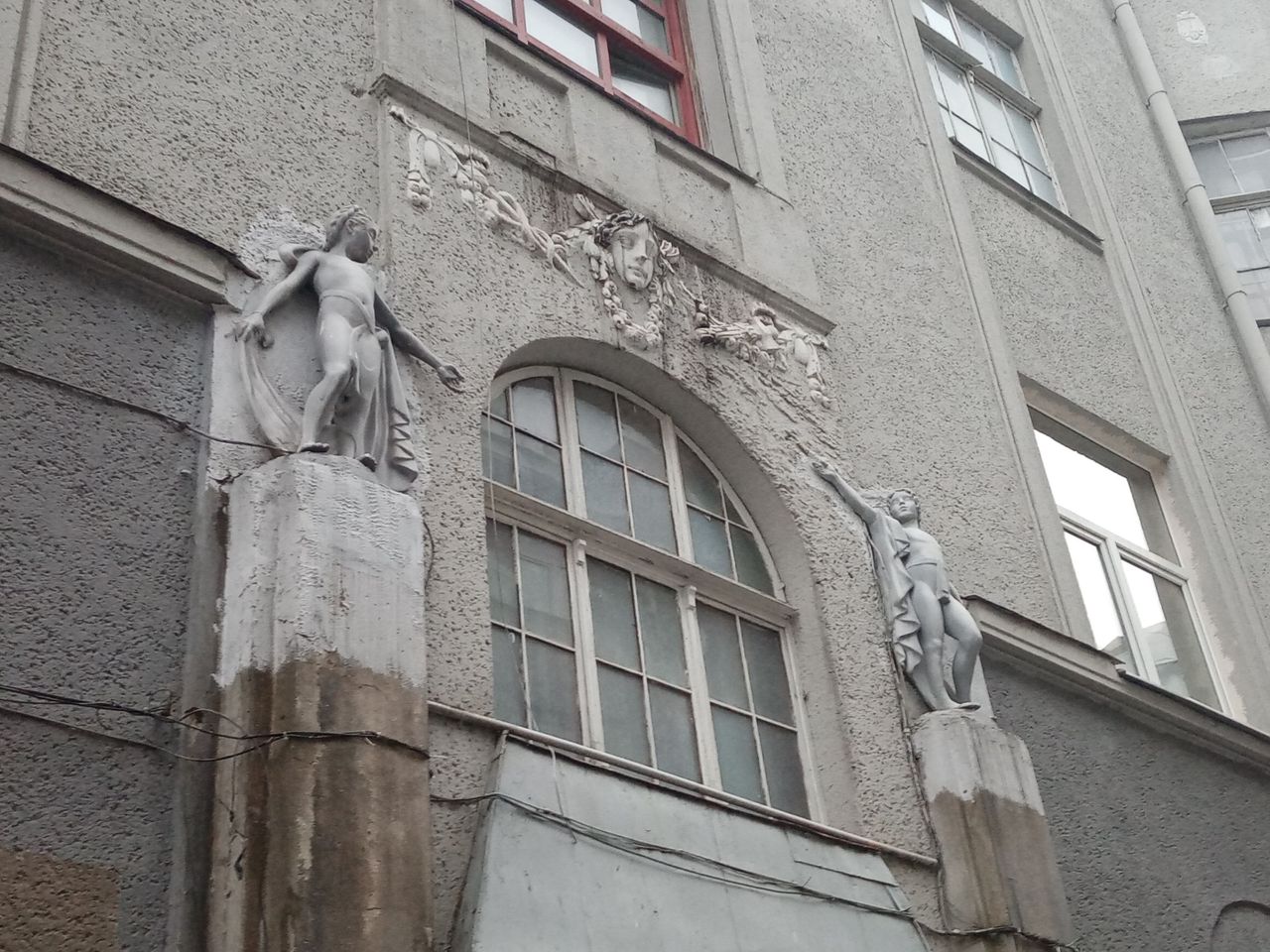 There are 2 side entraces to the building with similar scultpures. This is the first time I noticed a building with the exact same sculptures. Ironically, both the entrances have the soviet wooden red window above it. There is a mural that looks like a lady with the symbols of the science of medince. On the pillars on the entrance stand two toddlers, older than the ones of the eastern corners.

Both of the sculptures have what looks like a cloth shroud behind them. They are looking at each other with their hands pointing towards each other. One pointing at the door, the other pointing at the mural. I wonder if this building had to do something with gynecology and pediatrics. The woman, the children, and the symbol of the science of medicine...it could be! A short walk towards the south will land you near this building. Again, typical symbols of neoclassical architecture. However, the color isn't consistent with that of neoclassical architure. Each floor features something different that stimulates the brain. It is very subtle when looked at first. After giving it a few seconds, the individuality of every floor starts standing out. 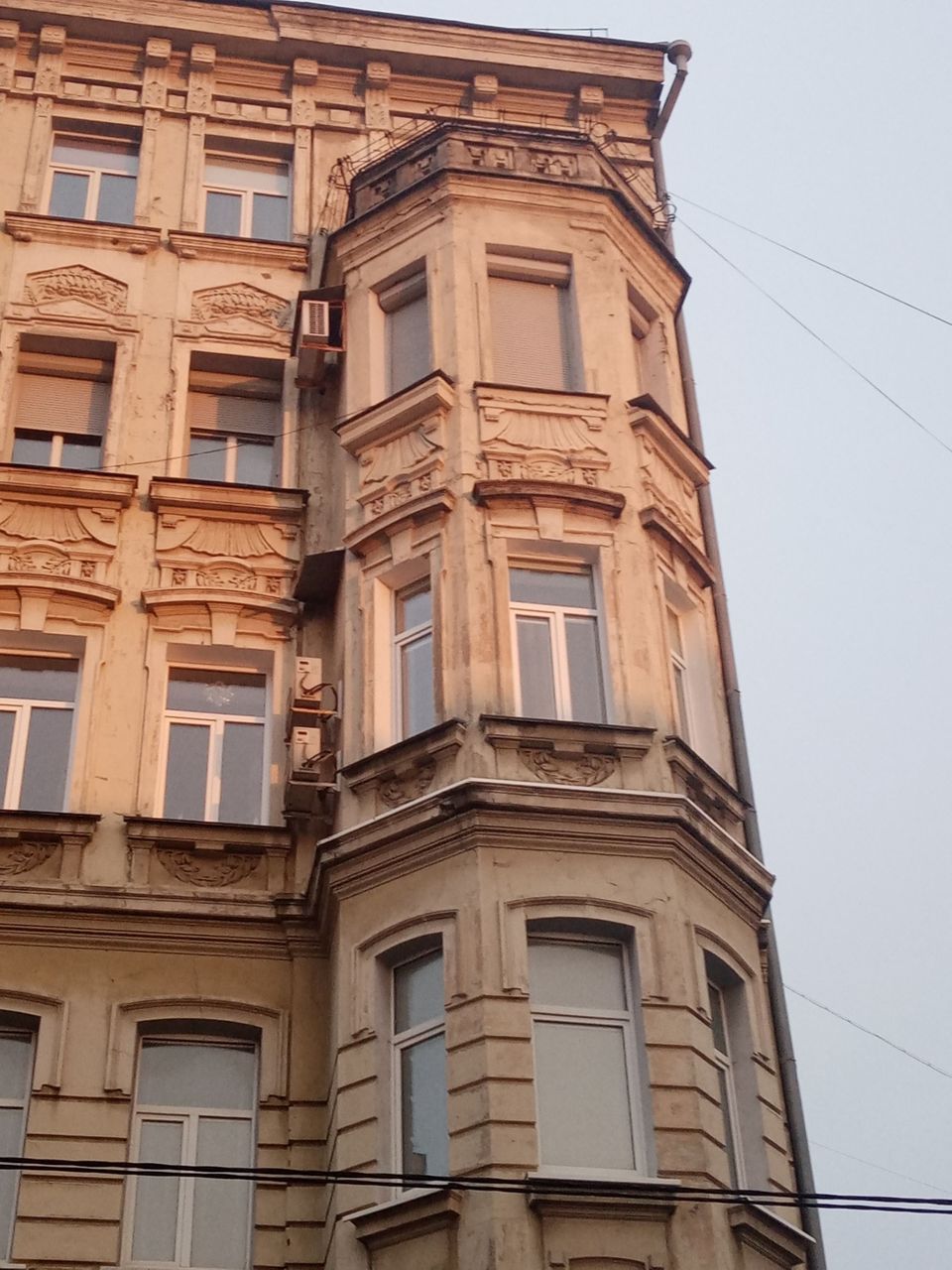 The building didn't have any podiums and no pillars. It didn't have any oculus either. The orangish paint must have been an attempt at preserving this marvelous structure albeit it has stolen away a very genuine touch for a more local look. On the lower floor, you can see the banded rustication which has become one of my favorite elements in neoclassical designs.

On the floor above is the shouldered surround of the window which has become my marker to identify these structures. And at the top of this cylindrical part of the building is the balustered balcony with the entire floor boasting beautiful keystones on the windows. This building will most probably give in to time. However, there are many new structures being erected that are preserving this architectural style. But that is for some other time.