Every now and then I take some time to go trough youtube video's and just follow the video's they propose by my history.
It's not very strange this video's show up are they.. :)

Cee Lo Green and Daryl Hall - I Can't Go For That 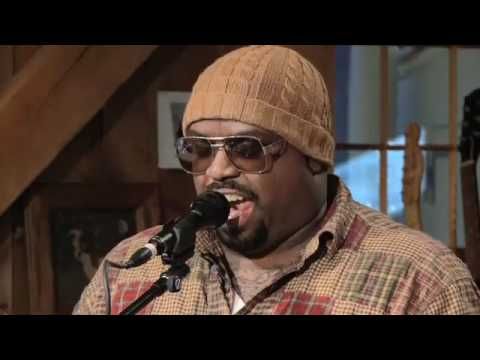 Source
I got to know the music of Eric Gales by @melbooker , what a musician he is..... He play's the guitar just the other way around. Playing normally is already difficult, imaging the guitar the other way around :)... This song is a blues song, and for me it's all what blues is about... Telling a story with so much feel and musicality..... Enjoy... Source
Orianthi was mentioned by @steevc in one of my former posts. She is stunning, in both ways lol... Here together with mister Billy Gibbons playing one of ZZ Tops greatest hit. Billy Gibons himself is a stunning guitarist too. All about the feeling... Source
I remember this concert very well, it was at newyears eve, 18.00 oçlock sharp. And it was freaking awesome. although I believe Paul Stanley didn't sing without any help. I have heard this song live at Arnheim, and his voice isn't what it used to be... But nevertheless, a great show and performance. They are excellent entertainers... Source
One of my alltime favorites on guitar is absolutely Steve Vai. The master of sounds...
This clip demonstrates his mastering of the instrumtent. His bassplayer also joined Steve Fister on his last tour.. Subtile, awesome sounds...

Source
Yngwie Malmsteen's Rising force, a real classic. Yngwie playing his strat like no-one does.... His classical approach and appegio's, are just one of a kind. He released an new album last week... Awesome, gained some weight ans sideburns though :).. Source
I close this set of YouTube trail with one of the best songs and performances ever. The master Ozzy with probably the best guitarist ever, Randy Rhoads. Died way to soon by a tragic accident... Great thing, me, my brother and youngest son are going to a concert of Ozzy on the 14th of february, at least...if it will continue.... But we have hope, can't wait..

Have a great (musical) day,