A few days ago Sweelinq, a new piece of virtual pipe organ software, entered public beta. That means one can download the software and two sampled organs to play with. Both organs are in real live situated in the Grote Kerk in Dordrecht, The Netherlands. One was build in 2007 by Verschueren, the other one is a bit older and was build in 1859 by organ builder Kam. For now both sample sets and the software are free. When the beta testing period ends, there will undoubtedly be a fee to pay to continue to play the software. Details about pricing are unknown.

As virtual pipe organ software it is a direct competitor of Hauptwerk, the software I have used for 8 years now. Though Hauptwerk does it's job very well, it has a steap learning curve. As it is very very flexible, it is also a bit difficult to configure. The realism it offers comes at a price: the sample sets are large, the software requires high end computer and getting sound out of it can be dauntiong. Once it works it is marvellous and there are a lot a high quality sample sets available of omse of the most beautiful sorgans in the world.

Sweelinq aims at making using a virtual pipe organ easy. The installation and configuration should be point and click and it aims of being playable in minutes, or at least in a fraction of the time it takes to configure Hauptwerk. The main technical difference is that Sweelinq makes use of convolution reverb for room ambiance, where Hauptwerk is geared towards seperate samples recorded in the back of the church. That offers great realism, but it comes at a price: the sampole sets are large and require a lot of RAM to work. I build my Hauptwerk computer a few years agon, when memory was not as expensive as it is these days and punt in 128 GB. That's more than enough for most Hauptwerk sample sets, even the very large ones. For Sweelinq it is overkill. The largest of the two organs, the three manual Kam organ, takes only 7,5 GB.

I downloaded the software two days ago and played around a bit with it. First impressions are favorable. It's easy to use, sounds good and the two organs you can use with it are quite famous in the Netherlands. One of them is called the "Bach organ". So, what better music to make a first recording than the Triosonata I'm already practicing?

The software can be downloaded here: https://www.sweelinq.com/
You'll probably be greeted in Dutch, but there's an option to change the language to English.

I'm very curious how this will play out. The quality of the software is already impressive. And it looks like Hauptwerk has a very serious competitor in Sweelinq! 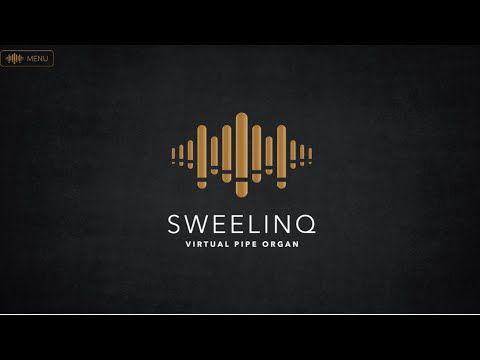