Break on through to the otherside of truth: 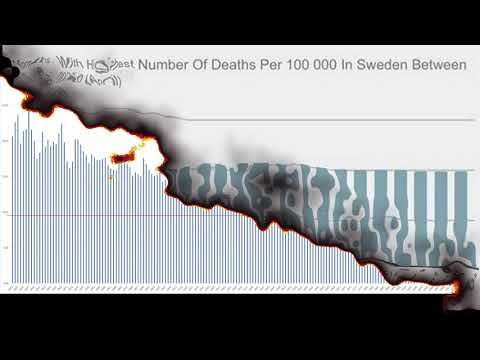 (or if this link is disabled - go here: https://odysee.com/@HectorDrummond:9/sweden_is_a_success_story:9 )

These 'vaccines' (experimental injections) are poison:

Thanks for listening to this acoustic version of this amazing song!

The arrangement is a style that I have sung on the streets of the world, sleeping on a beach somewhere and making a few dime to get a meal or a bus to my next location.

I've always taken this song to mean something more esoteric - breaking on through the boundary of the horizon of the known - to the otherside - find a way to new awareness or new understandings of reality.

When traveling through Turkey in 2017 I played music at a whirling dervish sema which lasted for 114 days. I expressed my interest to play music as they were taking the music in hourly shifts and musicians name was put on a roster to keep the music going 24 hours for the whirlers.

I was made to audition as they had no idea what I would play or sing. It was decided my music was fine. Amongst some originals and covers (which I had to play in a continuous style in order to keep the music going, while other volunteers came and added percussion or other instruments) I played some Doors covers.

I was later approached by another organiser to tell me that I could not sing the Doors. I asked why this was the reason (because I was playing other covers as well, Joni Mitchell, Jimi Hendrix, Nina Simone - including also political poetry that denounced religion in one of my originals) and I was told that what Jim Morrison represented at the time of his hey day in Turkey was directly against the principles of what sufism represented.

While I came to an understanding of why this was the case for them - I told them that I always considered his music as a type of spiritual enigma - and especially with this song which to me denoted the inward personal act of breaking on through to the otherside - on to the next realm, with a greater understanding of reality.

Apparently Jim Morrison's cult status at the time of his life was a symbol of absolute rebellion against the repressions of the lifestyle imposed on young people in Turkey - his open sexuality and flagrant and undisciplined lifestyle.

This organiser told of his teenage years when Jim Morrison was alive and how one of his friends admitted to him that Jim meant more to him than his father.

I had no idea I was actively triggering such pieces of history within these people - where as to me I was singing about transcendence and spiritual awakening - whatever that may be to each individual.

As it turns out, the owner of the land where the temple was, was actively seeking sexual favors from woman participating in the sema (it was an event open to everyone, and women were not required to wear a head dress). Some of these women were open to this and others were vehemently not.

For all of the piety that was imposed upon me, there was a battle of rights going on underneath the cover of this organisation and the owner of the temple who seemed to think is was ok to practice this kind of behaviour at a sufi gathering immediately after the death of the organisation's master (whose death happened in hospital during the sema).

This is one of many contradictions in religions and cults I have encountered in my exploration of truth.

There was a split in the group because of these actions of this owner, and later in time due to my vocalness caused the situation to have greater attention, having a friend who was directly affected by this. People were afraid to speak ill of this man because of his position in society. I was a reckless street performer holding my torch of freedoms demanding accountability who had no fear.

Many in the group justified why it was the women's fault and that the man had no fault - or that it was none of their business. The entire conflict exploded into a power play between heads of the organisation, one of them being a woman the wife of the late master who was to be assumed the leader of the group (which some people (especially men) were unhappy with).

It was also interesting to observe the contradictions in principle as they were practiced - where on one hand I was told to stop something that suggested overt expression of sexual drives and on the other it was ok when it was coming from a male that had a position in society who happened to own the temple they were dancing in. Of course, not all in the organisation agreed with this man's actions but felt powerless to make a difference. Why did it need the tampering of some reckless outsider (a westerner for all that) to raise hell and make these women's voices heard?

And why all this petty squabbling over leadership when the ultimate aim is to unselfishly provide a platform of transcendence for individuals on a path to freedom?

There is pomposity in all disciplines that is for sure. No matter how much influence or how holy someone seems - ALWAYS question them with your own developed objective criteria. Don't just trust your 'inner feelings', as that can also be taken advantage of by the momentum of the energy which travels towards the teacher or group in a centralized direction.

Develop a healthy cynicism of everything and trust the things you know you can trust because you've proven it to yourself.

This is all an interesting part of my traveling history now.