DiscoverCommunities
EN
Signup
Search
Login
Signup
Write a post
Language
Switch dark
Cross post by@cyekmyster
Project HOPEcommunity
"Hey. I had recently written a piece on Solana and would appreciate your feedback and comments. I am new to Hive and any advice about cross posts would be valuable and appreciated." This is a detailed account about the blockchain that is making some serious headlines. Today, I knock at Solana's door and we do some serious dissection. Is Solana worth all the hype? Or is it just a strong marketing strategy? Solana is claimed to be a technically complex blockchain and I will try to simplify it for better understanding.

To understand Solana or for that matter, any other blockchain, we need to first know what the underlying problems are and then we see how Solana or any other blockchain fits in. One of the most popular methods to classify a blockchain network is the triangle trilemma. It consists of security, scalability and decentralisation. These are all inter-related and to achieve one, you have to compromise the other. A blockchain might have any two but achieving the holy trinity is impossible. Blockchain ecosystem is ever-growing with new blockchains evolving and offering one or the other solution. Ethereum, undoubtedly the most popular blockchain with almost 90 percent of the dapps built on it has the problem of scalability. With as low as 25 transactions per second, how can one imagine it to be the centre of the blockchain world. The other problem is the high gas cost which is really an outcome of scalability.

Launched in March 2020 on Mainnet Beta, Solana claims to have achieved the impossible. Solana is a super advanced and promising blockchain project that has everything going for it atm. It is being referred to as the most productive network in the crypto-space. With transaction speed as high as 50,000 to 65,000 per second and a nominal fee around $0.00001 per transaction, it's an answer to the scalability problem of Ethereum. (Continue reading to know more)

What is Solana? Why take notice of Solana? What is it all about?

A relatively new player in the crypto world, Solana has seen exponential growth since its launch. It is a high performance blockchain that uses a proof of stake consensus mechanism. It has a low barrier to entry along with timestamped transactions to maximise efficiency (more on that later).

Solana checks all the boxes-

A solid team - Solana’s team comprises of former technologists from Dropbox, Qualcomm, Microsoft, Google. It's founder Anatoly Yakovenko is the man behind the tech that made Project Tango (VR/AR) on Qualcomm phones a reality and a holder of 2 patents for high performance OS protocols among other achievements. The team at Solana has worked extremely hard to ensure several optimisations and new technologies that have enabled its existence.

A high performance blockchain - Solana adopts an aggressive single layer (layer 1) blockchain solution. The network does not delegate operations to other attached chains (layer 2), as with Polygon. With several blockchains suffering scalability issues, Solana's claim to fame is its success in creating a network that surpasses today’s payment processors in terms of TPS (Transactions Per Second) and functionality.

Serious And Strong Backing - A strong project will always find the right investors to back it up, especially when it's a profit making machine for them. With Sam Bankman-Fried the man behind FTX and Alameda showing immense belief through his creation of Serum, a high-speed, non-custodial DEX on Solana and other ongoing projects on the Solana blockchain. In totality, there are over 250 projects being built on the Solana blockchain. 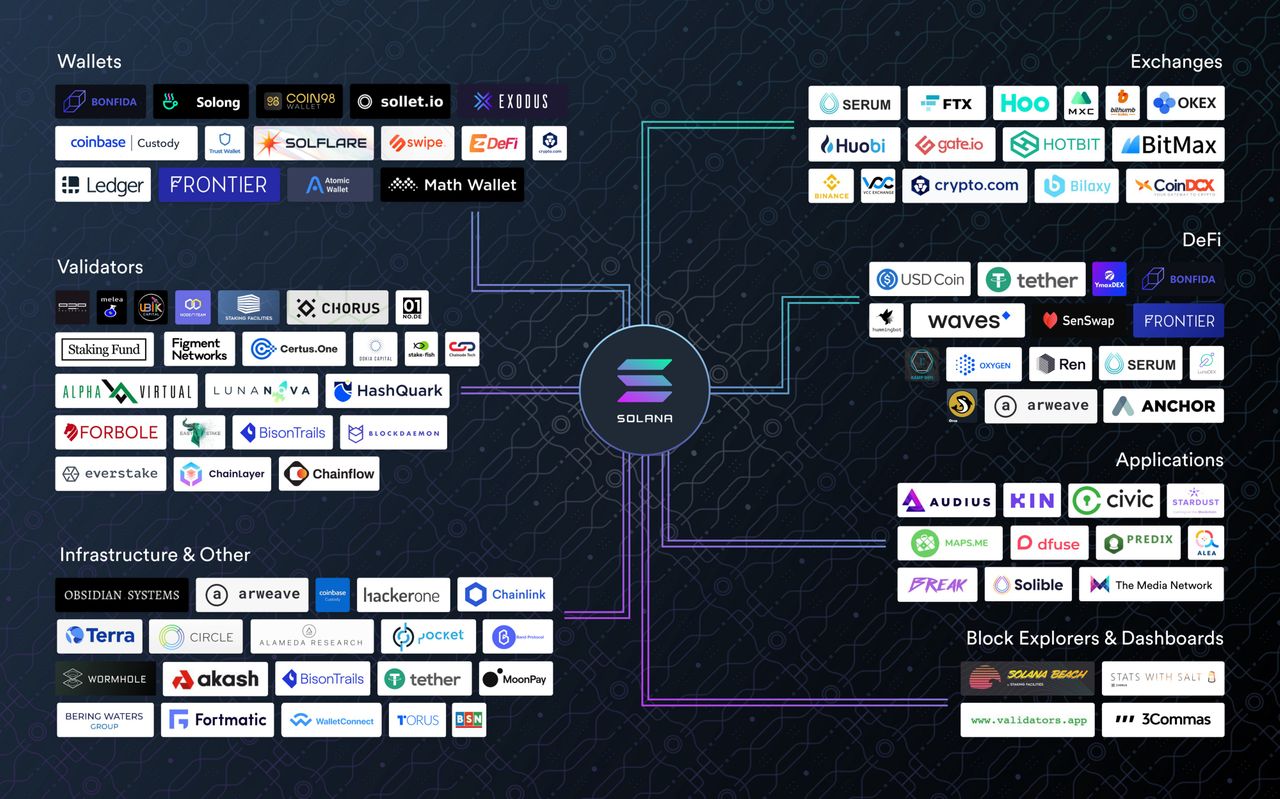 Motivated with the goal of becoming as fast as centralised market places, Solana has several innovations at its core. Solana’s key innovation which is the main source allowing for blazing fast transactions is Proof of History (POH).

As the name suggests, Proof of history is a proof of occurrence of an event. The most common way of relating an event is time stamping, however, instead of trusting the timestamp, it rather proves that occurrence.

However, how did we get here?

Let's rewind a little and understand what proof of work is?

Any distributed system needs to have an agreement of time. For Bitcoin, PoW functions as a decentralised clock for the system.

Blockchain is, but a ledger, a record of transactions which need order. This order is the fundamental requirement which is based on the occurrence of a transaction and every node of the blockchain needs to have the same copy. One order mismatch, and it's a different blockchain.

The way a transaction is recorded in a given order is by time-stamping each transaction. Time is a relative human concept which was created for a sort of reference. For now this reference comes from atomic clocks. There are errors and delays inherent to it, which cannot exist in a utopian decentralised system and this dependence on a trusted centralised system to verify the occurrence of an event cannot exist.

Then how do we do it in a non-centralised way? For us to agree, something happened before or after, a certain occurrence has to be agreed upon from which you then take a reference. It wasn't until Satoshi Nakamoto solved the unsolved problem of associating events with defined points in time, in distributed systems. Simply put, PoW means finding a value which is very rare and involves a lot of trial and error, which amounts to work, and work amounts to time. It is the SHA-2 hash of the algorithm which conforms to a certain requirement making that value difficult to be found. So, if that requirement is varied, the difficulty and thus the probability of finding that hash is varied. It is a direct relationship where the difficulty is adjusted dynamically so that a proper hash is found every 10 minutes. And thus every 10 minutes, a new block gets created.

This difficulty in finding a conforming hash becomes the clock, which is now same for everyone and the chain is tied to the ticks of this clock unambiguously by participants all over the planet. The solution of the hash (block header) of the actual block, whenever that happens, is at the tick of the PoW clock, not before and not after. Now that we have the ticks of the clock, the order is given by the hash chain.

I really hope it made some sense before we jump to PoH.

PoH involves using Bitcoin’s SHA256 hash function as a way of keeping time inside the blockchain. PoH isn’t a consensus mechanism however, it does play a critical role in Solana’s POS mechanism. In PoH, you create a proof of existence and then use that as a reference. A historical record is created and then used to prove the occurrence of a specific event. This back reference can be inserted as part of a signed message with the users signature, so it cannot be modified without the users private key. PoH makes it possible for Solana validators to cram as many transactions as they can into a block since they can be easily sorted out and verified by other validator nodes later using timestamps.

When you combine this feature with Solana’s block time of 400 milliseconds, you get a blockchain that can process over 50 thousand transactions per second.

For more information on Proof of History and the other innovations click here.

To show you how fast Solana is, click on this video : Solana Blockchain Speed test 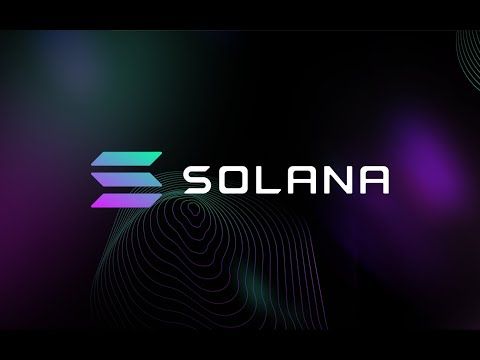 Solana's ecosystem is fueled by SOL token (the native currency of the network). It is used for payment transactions on the network.
Maximum Supply of SOL has been capped at 489 million.
Additionally, SOL can be staked to earn rewards (easy way to make profits if you plan on holding it).

Therefore the two major uses for SOL in the Solana ecosystem are :

Advanced by a loyal and dedicated global community of over 650k members, Solana boasts remarkable partnerships and a promise to deliver scalability without compromising security or decentralisation. Moreover, Solana is interoperable with Ethereum (Wormhole project- an initiative that enables a mutually beneficial co-existence) as opposed to an Ethereum killer.

Solana undoubtedly, is the modern day Mercury which sits atop zenith when it comes to speed. Solana team believes that the blockchain could theoretically scale as high as 710,000 TPS on a 1 Gigabit link and 28.4 million TPS on 40 gigabit. I honestly, don't imagine what to expect when that happens. It has achieved so much in such a short span of time.

For now, I am a big Solana fan. 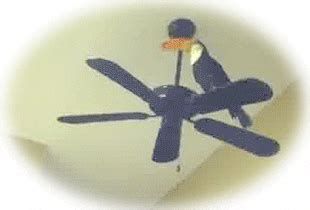 Please don't forget to follow. I do need your love and support.

Get paid to use Presearch as your search engine just like I do.

Bored of surfing, try Pipeflare, GlobalHive, GetZen for taping out some free Crypto

For price updates, Join Coinmarketcap(CMC) by clicking on https://accounts.coinmarketcap.com/signup or download the app on IOS/ Android

Do Checkout my crypto Watchlist on Coinmarketcap