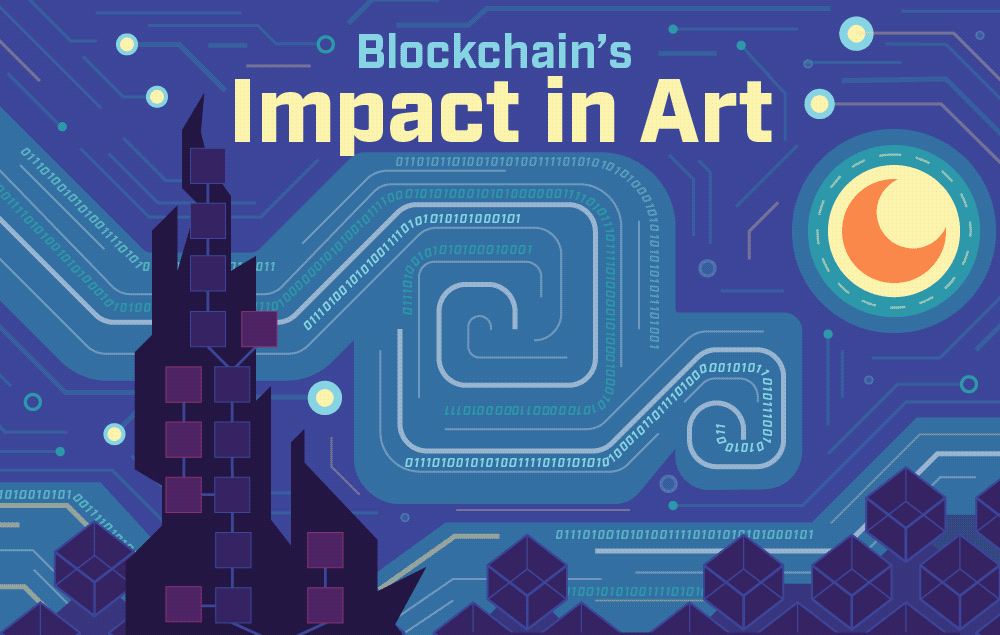 Continuing the topic of Blockchain & Art written on my last sharing, I did more digging about what is the current trend of the application when it comes to art and blockchain. I would like to find out more about its current challenges faced in the application as there is no perfect and one-off solution for everything. Even Ethereum has its flaw with its insane volatile fees and congested traffic. Reasons behind why people are opting for blockchain technology to solve the issue in the industry.

Looking through blockchain projects that are centralized and decentralized, all of them have their very own pros and cons. For decentralization, we get this transparent and a no-trust issue event as there is no presence of a centralized entity with just blockchain technology working for us. As for centralization, it would be more appropriate for an application that connects the physical world to the virtual realm. There is still a need for a reputable and trustable "agent" that could enable the connection of the art in the physical world to be uploaded. Without the agent, there will be still a lack of inclusiveness for the art industry whereby only digital art can only be integrated with blockchain technology. Thus, my take is to build a lean and close to community kind of agent to facilitate the "upload" of art into the virtual world.

Conventionally, the ownership of a piece of art is under a single entity. Yet, now it has changed with the advent of blockchain technology. A piece of art can be breakdown into shares of the art piece and salable to people all around the world. This is just like how a company share works. When the company decided to raise fund through an initial public offering where there are a specific amount of shares being broken down and offered to the public. With that, even the public can have a share of the profit of the company.

In my opinion, fractionalized ownership could drive the development and growth of the art industry as not only people can participate in the works of their favourite artists which may not be accessible before since it is very much exclusive to the art professional and rich circle. From the perspective of investment, art pieces can be a good investment vehicle which can be way more lucrative than stock. Yet, it is very dependent on how the artist plus the curators work hand in hand to build the brand.

On the other hand, as more people are accessible to art which includes being able to own a piece of art from the convenience of their own devices. Then, this will change the game entirely as people can easily access and read about any artwork. When the artwork is interactive or it may mean something to the audience, then naturally it will form a bond between the art piece and the audience. From that bond, the audience will be willing to spend some bucks to have a piece of it as it meant something to them. This would create a positive cycle loop that can both benefit the artists as well as the public.

The challenges of blockchain integration for art

Note: a very interesting infographic that discussed about art & blockchain.

It is indeed an interesting discord to research and discuss so that there would be more voices from different points are heard. With that, we can come out with a more comprehensive and relevant solution for the art industry. Will be continuing the reading and research about art, education and also blockchain. Whether or not the three elements will come together at some point, we shall see about that.

A special mention to @joshman who had triggered me to think about this topic and look into the possibilities of how blockchain could improve the user experience of purchasing artwork. I personally looking forward to facilitating and to be part of this movement to push the boundary. I remembered that during Steem time where @sndbox and @creativecrypto are a big deal that time promoting art and blockchain. Now, I have the chance to venturing into this with more time on my own and I see this as a potential that could impact many, especially on the part to empower artists. We are at a time where many talents are grossly undervalued and through blockchain, we could facilitate the open up the market to a wider audience too.

I would love to hear from the big boys & art players on the platform like @blocktrades, @theycallmedan, @azircon, @encrypt3dbr0k3r, @darthknight, @pharesim, @themarkymark, @gtg, @onchainart, @nftshowroom, etc. Hope to get inputs from the community and see how we can head this too. I would say this is an exciting journey to be on.