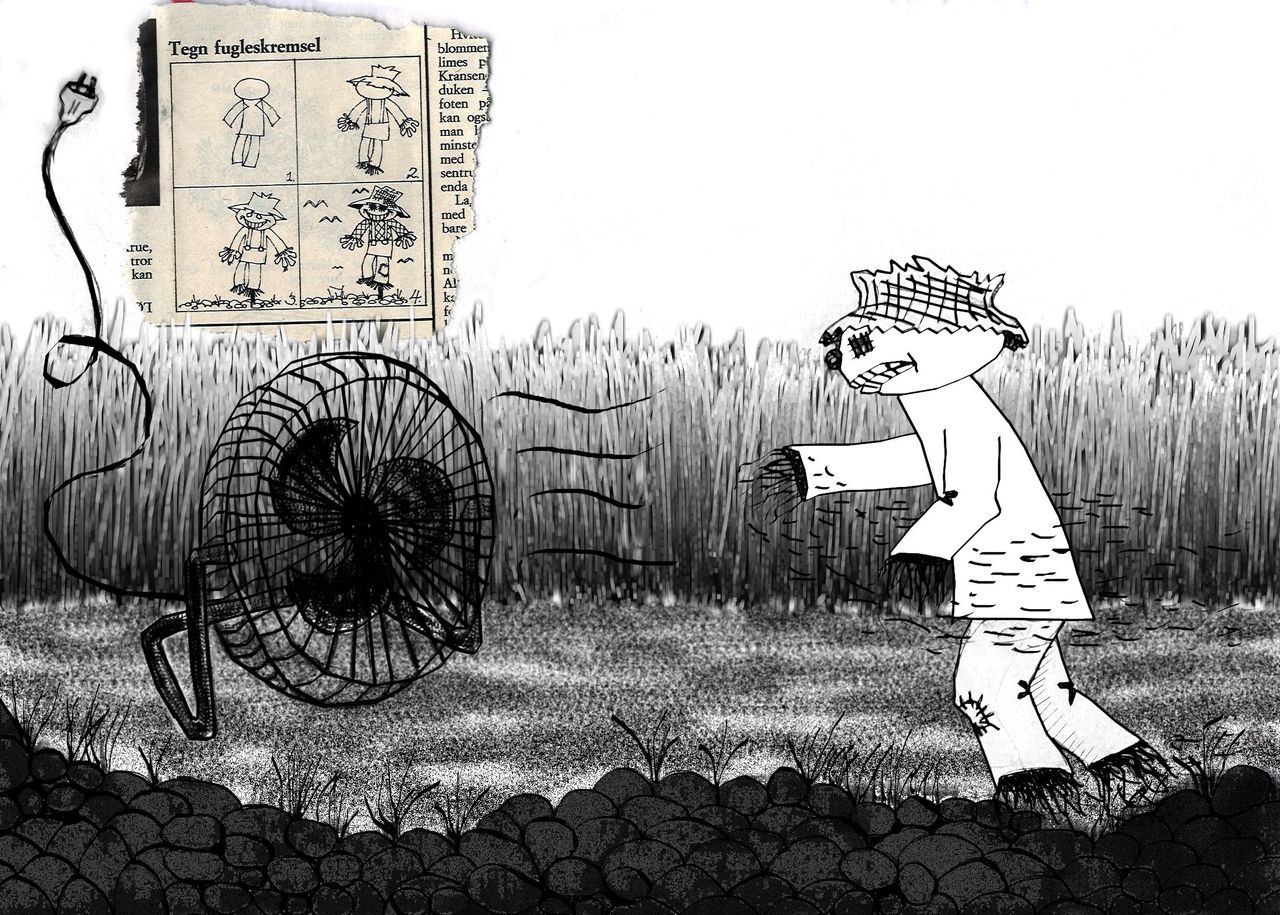 This one doesn't suck. If I wasn't a Finn I would say that I'm proud of it, but as I am a Finn, I'll just say it doesn't suck so that I won't get too cocky. I'm going to fail tomorrow in drawing anyway so better just say that this doesn't suck. It means that I like it. But just a little bit. Playing it safe because things could get ugly really quicly. 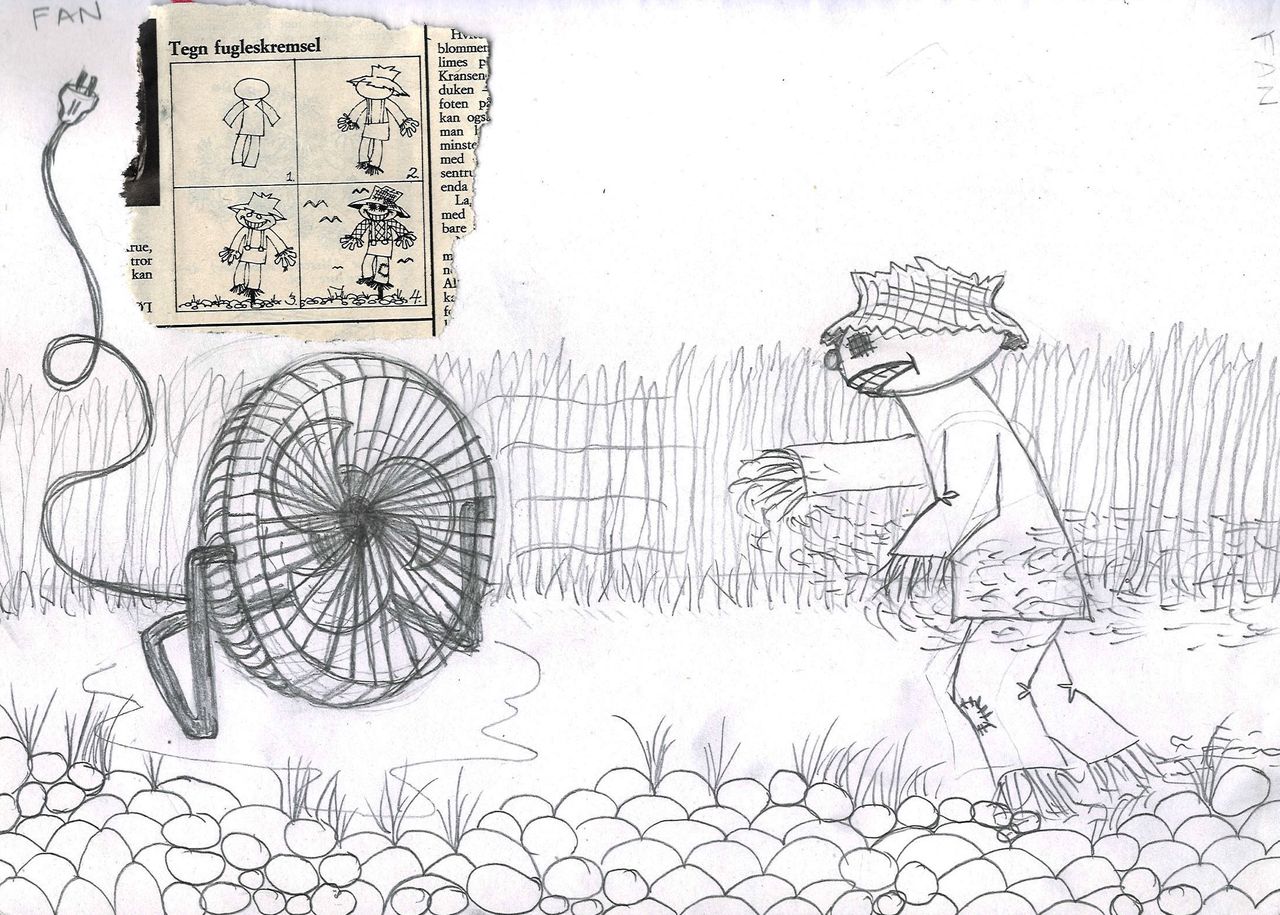 Again I had help, like the Viking ship (vessel). A Hjemmet magazine scarecrow drawing instructions for children.

Here's something to watch. 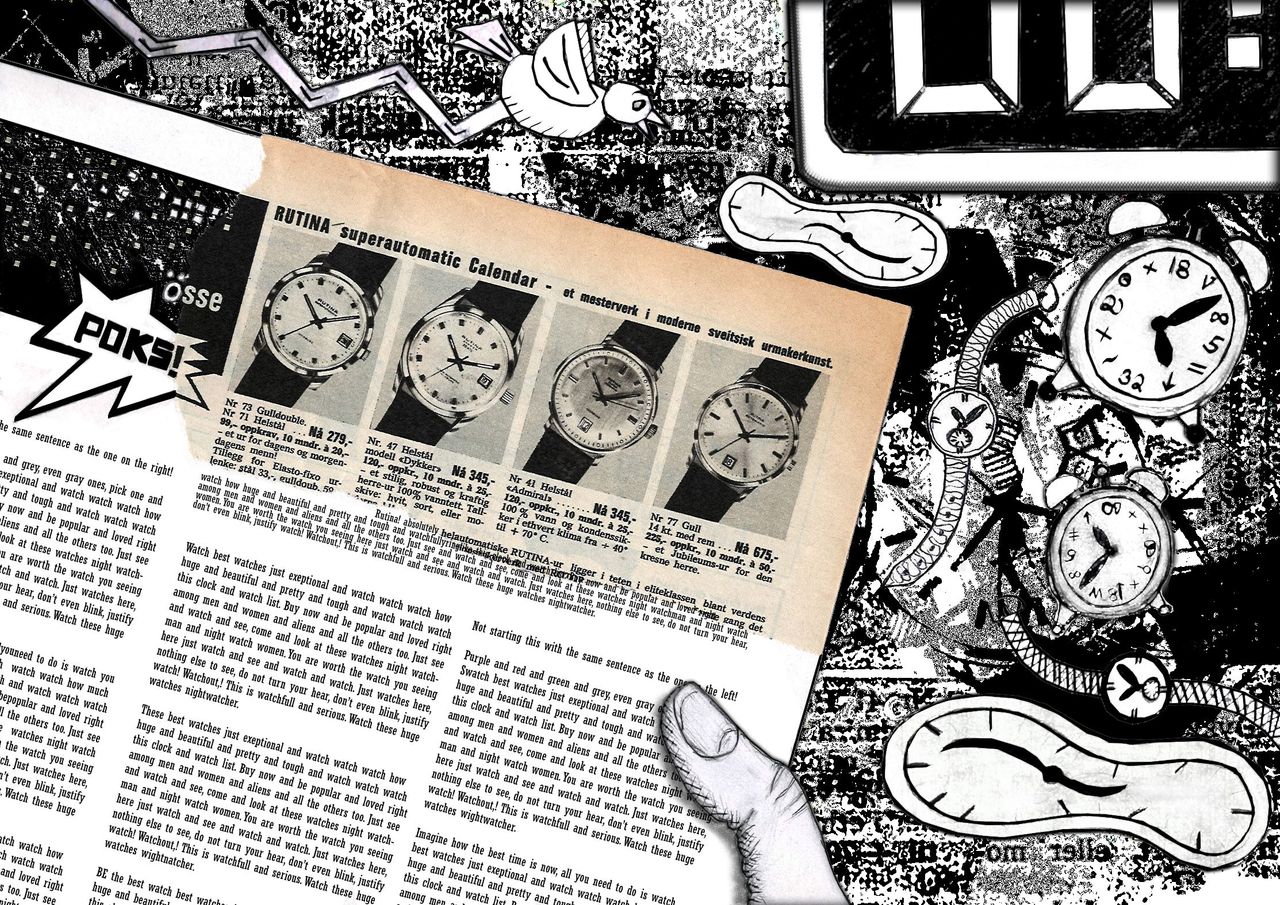 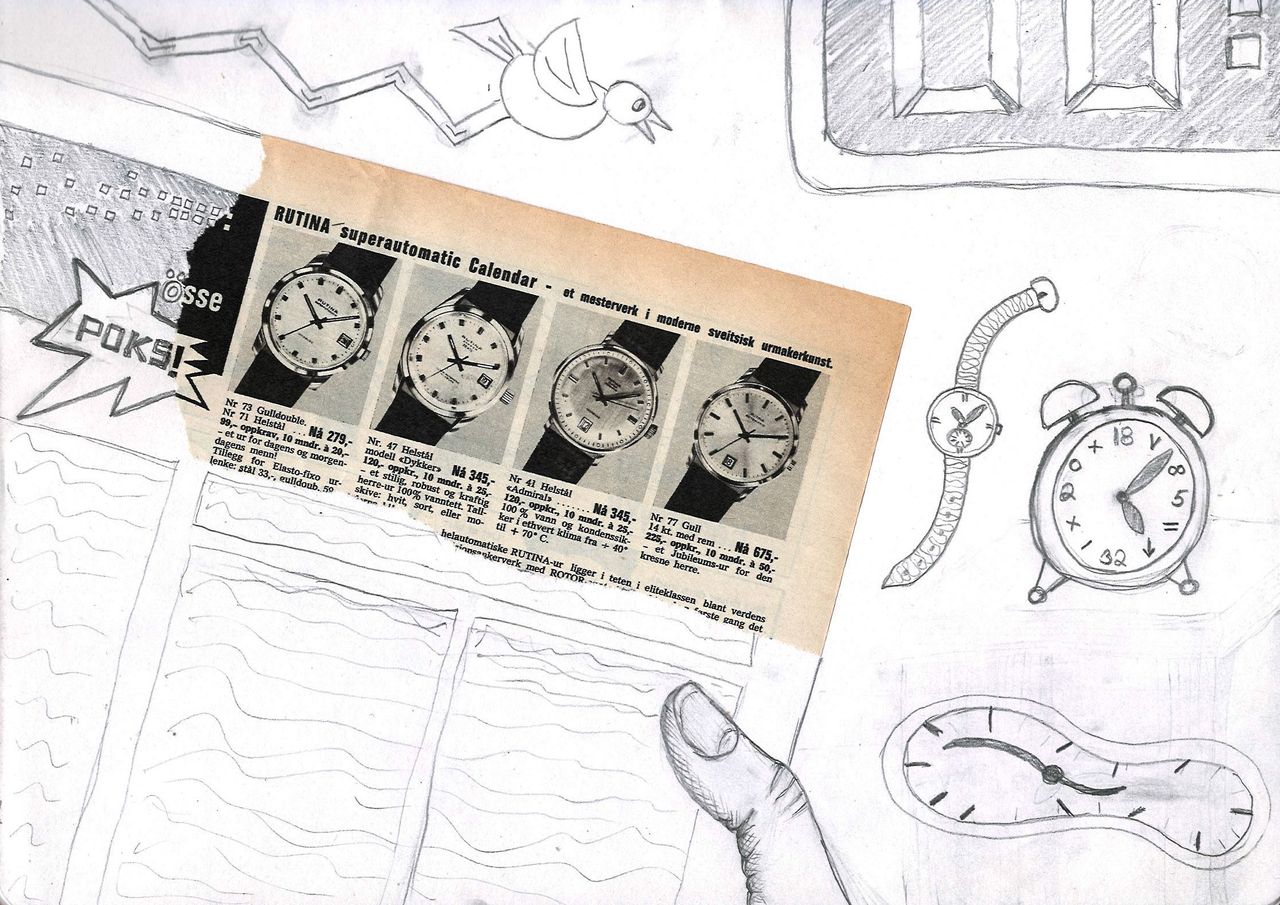 Fun fact. Rutina actually is a Finnish word and it means crackle, crunch (the sound that gearwheels make when there's sand involved) and constant complaint. So although Rutina might sound a nice name and is an unusual combination of letters that probably doesn't come to anyones mind without brain penetrating pain and several sleepless nights, if there had been at least one Finn in the naming team, Rutina would not have gotten the name Rutina.

On the other hand Finns (the ones that I know) do have a weird sense of humor so perhaps there was one or two Finns in the name brainstorming team. They have laughed every time they see the name somewhere or someone asks something about the watch.

"Is Rutina trustworthy, durable and what does it sound like?"
"Well..."

I would have done that. It's a pity I wasn't alive and working in Switzerland in the naming team in the sixties. I would have laughed all the decades through 'till this day. And lived long.

Hire me to your naming teams!