anthillart51
a month ago
inScience 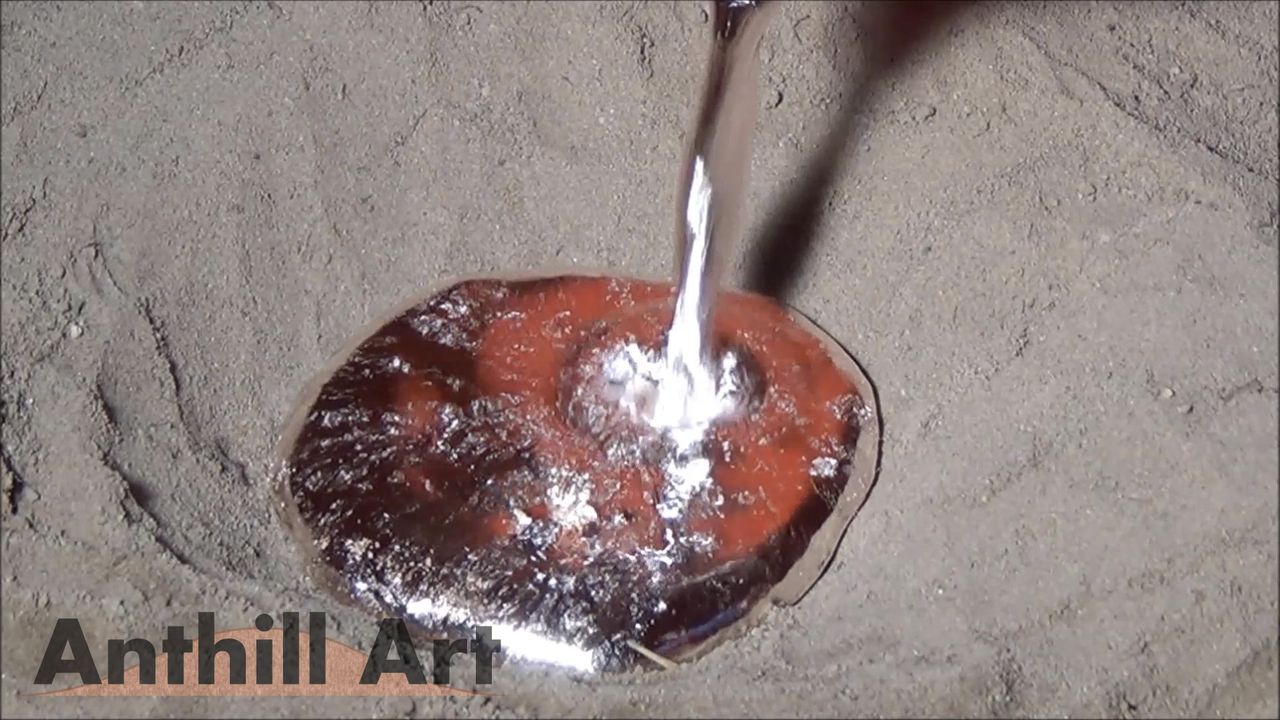 A cast of a carpenter ant colony is made using molten aluminum to fill the tunnels and chambers. The resulting cast consists of a main shaft with long, irregularly shaped chambers extending outward and mostly concentrated near the colony entrance. If you've seen my fire ant colony casting video, I think you'll be very surprised at the amazing difference between the colony structures of these two types of ants.

The finshed cast has a very strange and interesting shape and is 31" deep, with a max width of 18", and a weight of 3.5 lbs.

Until I started this project I was under the impression that carpenter ants only lived in wood. When I first noticed these ants with their underground colonies, and identified them as being in the camponotus genus (carpenter ants), I was pretty surprised. Some carpenter ant species do nest in the ground. The ants that made this colony are from the species Camponotus castaneus.

When this cast was made, there were many of these colonies in the area, with the ants becoming very active at night. This particular colony appeared to have no activity so I assumed it to be abandoned. Upon casting and digging, it appears that there were no ants in this colony.