The skatepark has recently been giving a face lift and they have resurfaced the ground and have built new ramps.

Here are a couple of pics from before the park was rebuilt.

The park had this awesome wall ride from quarter to quarter. 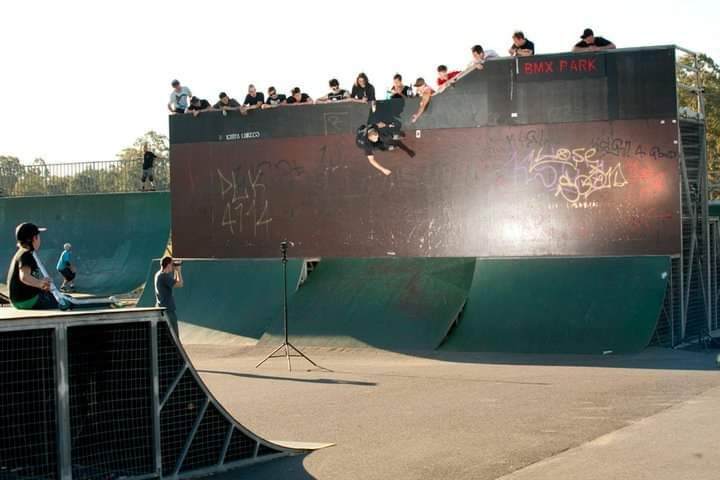 transfer while hi fiving my mate

The run up to this wall ride was very hard as the park is made for bmx. And to get enough speed on my skates I had to run as fast as I could to make the distance.

But that was very tiring so I got my mate to tow me in on his bmx so I could focus on the wall ride instead of the run up. 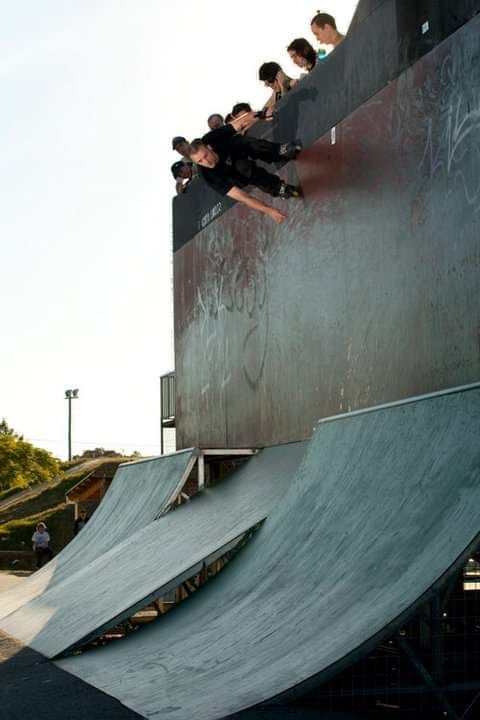 With out having to concentrate on the speed for the wall ride it made it so much easier and less tiring!

The park also had an awesome jump box. Here is a pic of me doing a mute 360. 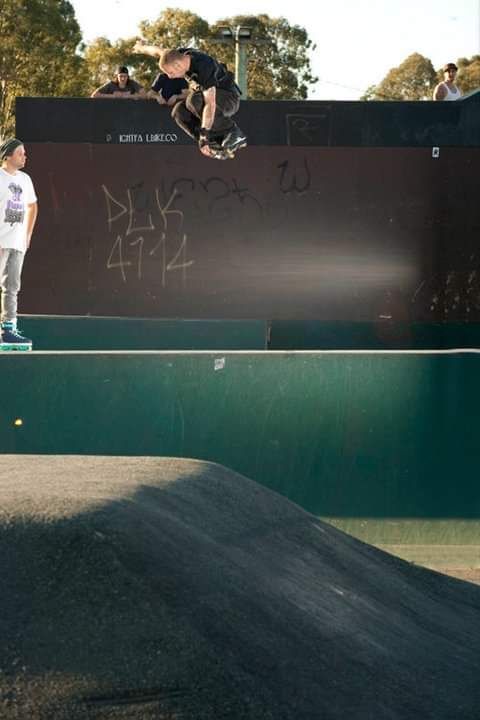 But it was also hard to get enough speed too get lots of pop.

The new park here is awesome and I can't wait to get back there for a session real soon.

Thanks for stopping by and Happy Landings!