Trying to make a profit Card Flipping and Failing in Splinterlands

Trying to make a profit with Card Flipping and ...

What is Card Flipping?

Its a "technique" about buying cheap and selling as soon as you bought the asset (of course it works for any kind of market, but we are talking about cards here and other Splinterlands assets)

Ill show everyone with an easy example (made by me) 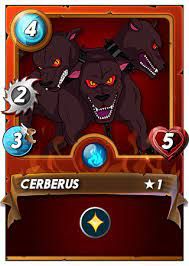 You check the market for it to see what is the cheapest price you can buy it:

As it shows the $30 is the cheapest a Cerberus can be bought at the momento of the screenshot.
Now lets say someone lists a cerberus at $25 because they dont know the real price or they want the thing to sell fast
As soon as you see it you buy it for $25, then put it on sale for $29.50, 50 cents cheaper than the cheapest Cerberus
If you are lucky someone wanting to buy a that card will sort by price, will see your offer as the 1st one and will buy it.

Congratulations you just made $4.5 (before fees) of profit in 10 secs (or the time it takes the card to get sold again), just by looking at the market in the correct time.

Now repeat the operation for other cards 20 times...

This technique from what I could see and read, seems to be very profitable in the past due to people not knowing the cards, the game being very new, etc. As soon as I heard from this, I decided to give it a try. Mind you, this is my 3rd season playing the game, so I'm as new as almost everyone else here.

I've done it for like 4 days and let me tell you what a ride these days were.

I will tell you the truth, the offers ARE THERE. It's quite amusing to see how several times per day someone lists a card 15% cheaper than the cheapest at that moment.

But it seems the amount of people checking these offers like Batman watches over Gotham City on top of a roof is HUUUUUUUUUUUUUGE.

IM EXHAUSTED from watching Offers appearing and leaving before I was able to react. 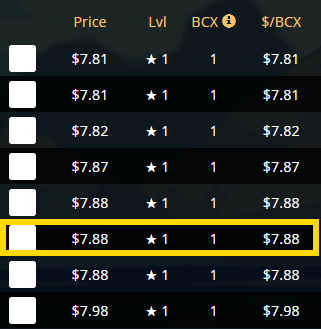 The Yellow highlight is my listed card, which was the lowest listed 10 SECONDS before the screenshot was taken. Who will buy my card now?!?!

After 4 days, I've won some DEC selling some cards, but I also lost some DEC trying to get my DEC back and forcing myself to sell the card I just bought (my DEC is very limited as a new player on a budget) with a price that screws me over after the 5% fee.

My recommendation is... Stay away from this unless:

Have you tried Card Flipping? Where you able to make it work? tell me your experience or even better, you may have your own tips!

OFFTOPIC Moment of the day:

When I saw Yodin appear in the screen I was like "man, do I really need to fight against this in Silver?

So imagine my face when I actually beat the guy