The Jack-O-Lanterns and the Mysterious Small Shop 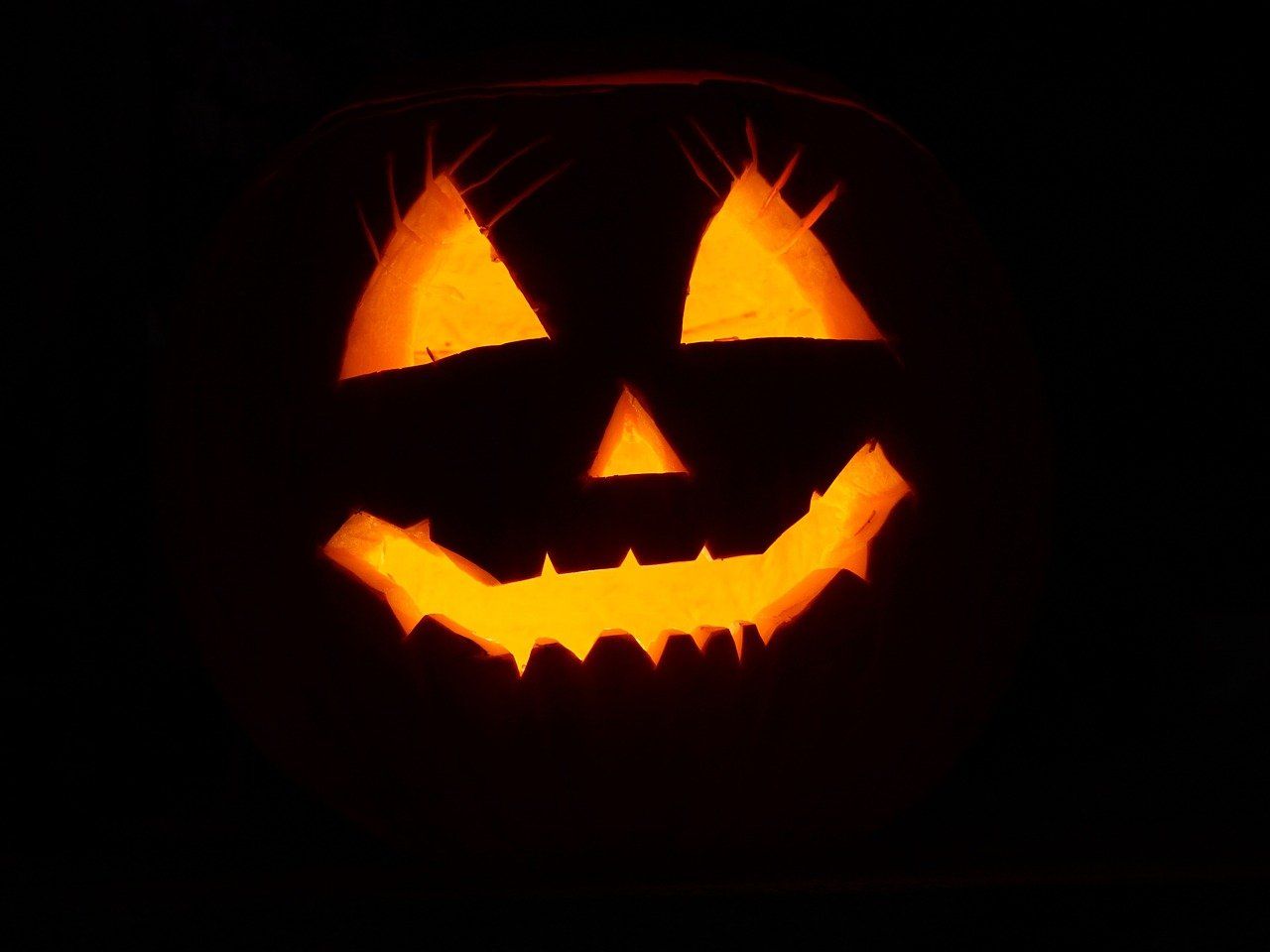 “They’re here! The children are here!” A jack-o-lantern jumps up and down in excitement as it watches a group of children walking towards their small shop.

“Yeah! I’m finally going to be chosen!” said another jack-o-lantern.

A man with messy black hair and is wearing all black from head to toe angrily scolded the rowdy jack-o-lanterns.

“Be quiet… be quiet… Or he’ll put us back in the basement.”
Hearing and seeing the angry shop owner; the rowdy jack-o-lanterns quickly calmed down – afraid that the shop owner would just shelf them – preventing them from being chosen by the children.

“How enviable… I used to be like them too.”

“Alright, be good now. Try to behave if you want to be chosen by the children.”

Robin gave some instructions to the jack-o-lantern before walking back to the counter. On the way he saw the gloomy-looking jack-o-lantern brooding over the fact that no one wants it.

“Are you sure you don’t want me to put you with everyone else?” Robin asked with a frown in his face.

“It doesn’t matter. No one would want me anyway…,” replied the gloomy-looking jack-o-lantern dejectedly.

“That’s not true. I’m sure that one of these days someone would choose you,” Robin consoled.

Before long, the door of the small shop opened and a group of eight children, all boys, entered and started looking around the shop with great curiosity – some of the children even picked up the Halloween-themed trinkets before examining them closely.

After satiating their curiosity, the children walked towards the jack-o-lanterns on the shelves and stared at them with their big, round eyes.

“This jack-o-lantern looks creepy, I want it!” One of the children exclaimed.

Seeing the two choosing the best-looking (creepiest) jack-o-lanterns; the other children could no longer wait and pick up the ones they wanted to buy. Soon less than half of the jack-o-lanterns were left on the shelves.

Seeing their peers get chosen made the remaining jack-o-lanterns envious. If not for the fact that they’re not allowed to move and talk in front of the humans, the jack-o-lanterns would have promoted themselves heavily.

An hour or so later, another group of customers entered the small shop. This time it was a mixed group of boys and girls. Some even have their mother or father with them. Like the previous group, these newcomers also looked at the inside of the shop with curiosity. Not that anyone could blame them considering that the small shop opens only for a single day every year.

Once done with their inquiry, this new group of customers started picking up the items that they wanted to buy. The most popular of the items in the shop though were the jack-o-lanterns which were quickly sold out.

Time moved on and more customers entered the shop. But after finding out that the jack-o-lanterns had been sold out, many of them left the shop disappointed. Of course, Robin recommended the remaining jack-o-lantern in one of the shelves but none of the customers bought it after taking a single glance at it.

“What if it brings bad luck?” Another customer asked.

The comments from the customers who took a look at the gloomy-looking jack-o-lantern made things more depressing for it. And because of it, the already gloomy atmosphere that the jack-o-lantern gives became even more pronounced.

“I don’t think that any more customers are coming. You should close the shop, owner,” said the gloomy-looking jack-o-lantern to Robin after noticing that it’s getting dark outside.

“Not yet. There’s still some time left,” replied Robin.

“What’s the point of that? It’s not like someone would be interested in purchasing me,” the gloomy-looking jack-o-lantern thought to itself.

After several minutes of waiting, two more customers entered the shop. It was a young boy and a woman – a mother and child.

“Are there still any jack-o-lanterns left?” The woman asked.

“There’s one over that shelf. I’m just not sure if you want it though,” Robin honestly answered.

The woman and the boy walked towards the shelf that was somewhat hidden in a corner and saw a gloomy and ominous-looking jack-o-lantern.

“It looked ominous… Are you sure this is the last one?” The woman asked with a slight frown on her face.

“There’s no more. That’s the last one.” Robin replied.

The boy’s action caught Robin, the woman, and especially, the gloomy-looking jack-o-lantern that was already prepared to be rejected by surprise. After all, that was the first time that anyone was willing to buy it.

‘Are…are you sure?” The woman asked her son hesitantly.

“I’m sure!” The boy replied with confidence.

Seeing the woman hesitating, Robin knew that he must say something.

“Don’t worry. There’s nothing wrong with that jack-o-lantern. It simply looked gloomy and ominous,” Robin explained.

With the help of Robin’s words, and her son’s begging eyes; the woman finally relented and bought the gloomy-looking jack-o-lantern.

“It took two years but someone finally bought it,” Robin whispered to himself as he watched the mother and son duo driving away with a smile on his face. “Hopefully, it’ll have better luck in its next life.

The reason that spirits could become more powerful during the Halloween season has something to do with people’s belief and fate in the supernatural.

Most people don’t usually believe or think of ghosts and spirits during normal times but once the Halloween season arrives; the popularity of ghost, spirit and monsters skyrockets – creating a strange environment where the supernatural thrives. Moreover, the closer they are to the source; the stronger they become.

Robin, the owner of the small but mysterious shop, takes advantage of this strange environment to help the spirits of the children that had died before their time a chance of rebirth. It was also for this reason that Robin only opens shop during the Halloween season.

As for Robin himself… he’s not human. He’s a mysterious entity that had been helping the spirit of children that were not strong enough to enter the path of reincarnation. As for what entity Robin is, only he and God know.

Robin had used different methods to complete his task over the span of several millennia. In the modern age though, he used the method of selling jack-o-lanterns to families with children through his small shop that opens only once a year.

The reason for this was because children are more gullible than adults and tend to believe in the existence of the supernatural. This means that a family with children creates the perfect environment where supernatural beings thrive.

Actually, Robin didn’t have to trouble himself by selling the jack-o-lanterns as he could just give them to children for free. But since humans are naturally suspicious of strangers; Robin decided to just use the small shop as a front for his operation.

“It’s almost time… Until next Halloween.”

After leaving those words, all the lights in the small shop suddenly went out. And as for Robin himself… he disappeared into the darkness.