She woke up that morning to the sounds of the birds of the air and land. This was the life she knew.

In her dreams, her life had been different. She had seen this place twice now. It was nothing like her reality.

In her dreams, the walls were painted blue. She had never slept in a painted house. Unless you considered mud a colour.

Her home is roofed with thatch. And her windows are squares, covered by her grandmother's old wrappers and disgusting old nylon when it rains.

The home in her dream was different. Rather than thatch, her roof had what looked like coal. She had no idea roofing sheets come in anything other than plain silver zinc.

Her windows had the finest linen she had ever seen. What looked like a golden staff, like that of the king's, was used to hold them against the wall.

They were no longer open square holes. But these were decorated with a glass frame that opened like a door.

In her dreams that was her reality.

She could feel, taste and smell, and they were not unfamiliar to her.

As she rose from her sleeping mat that morning, the air felt unfamiliar. It felt like a place that was soon to be forgotten.

She stepped through the small opening of her hot and was greeted by their compound dog. He smelled of faeces as always. With his brown skin like whitewashed mud and skinny paws, he came running about her legs. He always expected a treat from her.

Looking around her grandfather's compound that morning, the mango trees by her hut had begun to bear fruits. They never turned yellow like the tree beside her grandfather's hut. They remained green even while their insides rot.

She sat there on several occasions while she imagined what the places she had read in her novels actually looked like.

Maybe she had imagined far too much, too often, that they now appeared in her dreams.

She walked the short distance between her hut and her mother's. Her mother's hut had once been the most beautiful hut in the Erufa compound.

The old white chalk designs still appeared at a close distance. Her mother says she drew them herself. The fish in the sea and a fisherman on a boat holding a net. It was beautiful. Well, it once was.

Ever since her illness, no one took notice of the beauty of her hut. All they ever saw was the death that resided within.

Greeting her mother in their native tongue, she told her she had had that dream again.

This time her mother looked like she had something to say.

After a few moments of uncertainty, she asked, "Iniye, do you have something to tell me?"

"You're leaving, baby", she said in her soft voice. That voice that made you know she was scared.

"Your father sends for you. He lives in a city I have never been but only heard of", she paused and took a painful breath before she spoke again.

"The roads are made of strong coal, and the houses are built high enough to compete with the heavens. He has built a home I hear is fit for only a king.".

"Iniye", she said as a sob was brewing within her, "I can't leave you".

"You won't have to, baby. I may not be here much longer."

She lost her mother that night, to an illness that could never be spoken of. And on the day her mother was placed beneath the soil, her father was present to take her to the land she only dreamed of. 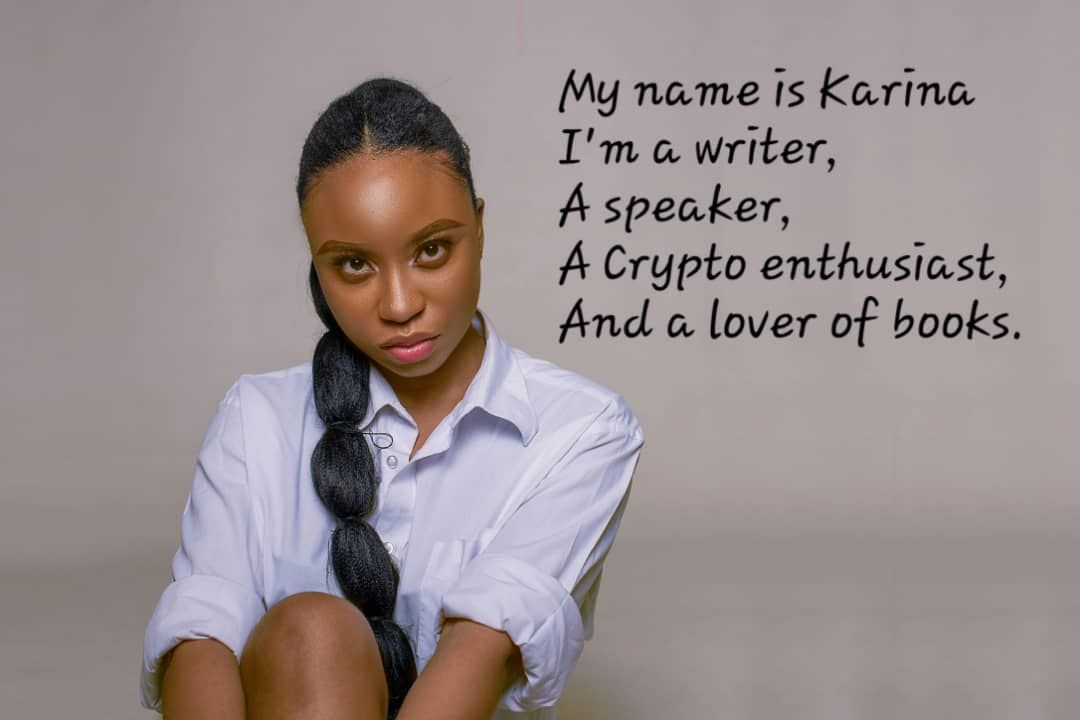 I write for therapy and pay.